Some people have an exact date or event when their lives were forever changed. Culinary historian Michael Twitty is one of those people.

Twitty, who lives in Rockville, Md., is an independent scholar studying the foodways of African American slaves in the South. He was a scholar-in-residence at a three-day Be’chol Lashon Family Camp — a retreat for Jews of color — held last month in Petaluma.

For years, Twitty, 36, who is a black convert to Judaism with some Jewish ancestry on his mother’s side, was working in relative obscurity as a scholar, supplementing his income by teaching Hebrew school.

Last year, a June 25 post on Afroculinaria.com, his personal blog, changed all that.

Incensed by the controversy over Food Network star Paula Deen’s use of the “N-word,” Twitty posted an open letter to Deen in which he called Deen and the mainstream food establishment to task for constantly celebrating Southern cuisine without ever mentioning the fact that much of it was either first cooked by or was heavily influenced by slaves.

“There is so much press and so much activity around Southern food, and yet the diversity of people of color engaged in this art form and telling and teaching its history and giving it a future are often passed up or disregarded …,” he wrote. “We are surrounded by culinary injustice where some Southerners take credit for things that enslaved Africans and their descendants played key roles in innovating.”

He ended his letter by inviting Deen to cook with him at a fundraiser he was putting on at a former plantation, with food cooked with methods used by slaves. While Deen never answered him, other chefs did. Hugh Acheson, a James Beard–nominated Southern chef, ended up cooking with him at that event.

And perhaps most notably, René Redzepi, the chef at Noma — a two-star Michelin restaurant in Denmark that the British magazine Restaurant named best in the world for 2010, 2011 and 2012 — invited Twitty to a conference in Copenhagen he organizes with the movers and shakers of the food world.

All of a sudden, Twitty found himself rubbing elbows with celebrity chefs from around the globe, and being invited to speak at universities across the United States.

Considering he has spent much of his career bringing the voices of slaves to light, and speaking for the invisible, suddenly he had the ear of the food world’s elite. “The ability to be exposed to that crowd and be among some of the greatest voices in food and cuisine that day was really astounding, and to be heard on that platform was really amazing to me,” he said shortly after the Be’chol Lashon retreat.

Never could he have imagined what one blog post could do.

“I put it on my blog expecting maybe five people would read it,” Twitty said. Before that post, the most visits one of his posts had gotten was 600. Once the Huffington Post picked up his letter and it went viral, some 300,000 people clicked on it within two days, and more than 500,000 by day three.

“It’s weird to see things you’ve done take on a life of their own,” he said.

Diane Tobin, founder and director of Be’chol Lashon, said that while she had known of Twitty for a while, it became harder to secure him for the Dec. 13-15 retreat once his popularity soared after the Deen incident.

At the retreat, Twitty was greatly moved to see so many children of color, most of whom have been adopted by white Jewish parents.

As an educator, he was used to having one or two at a time in classes he taught.

“Seeing all those kids together was really remarkable, and I was really impressed with how articulate they are,” he said. “It was beautiful to see how they see themselves and how they’re coming into their own.”

Twitty led a discussion on Jewish and African American migrations and diasporas, and led a cooking workshop in which he made black-eyed pea hummus.

Twitty also led a session for teens, and got emotional about what he shared with them. In previous generations, he said, biracial Jews often fell to the margins because the community wasn’t always adept at making them feel they belonged. 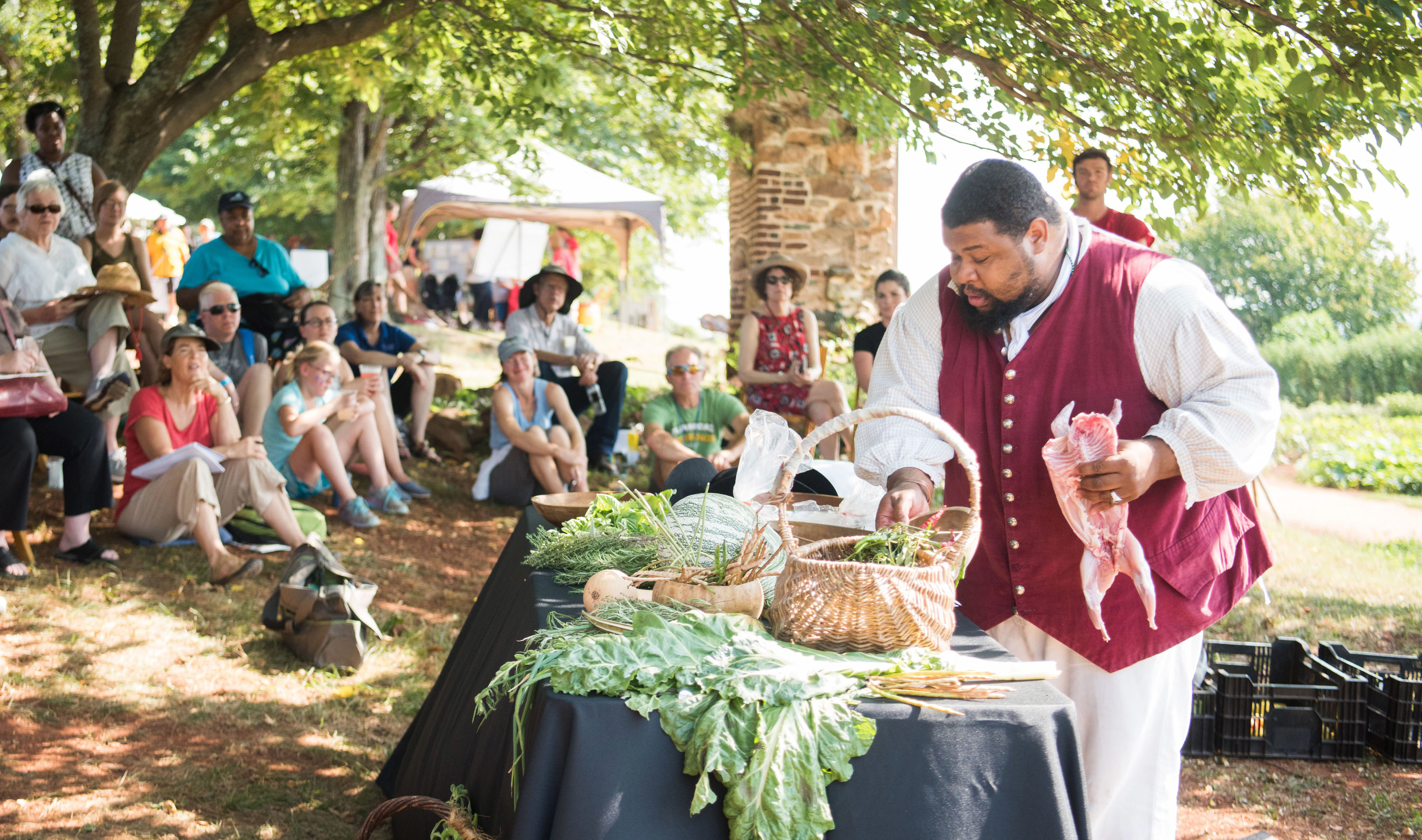 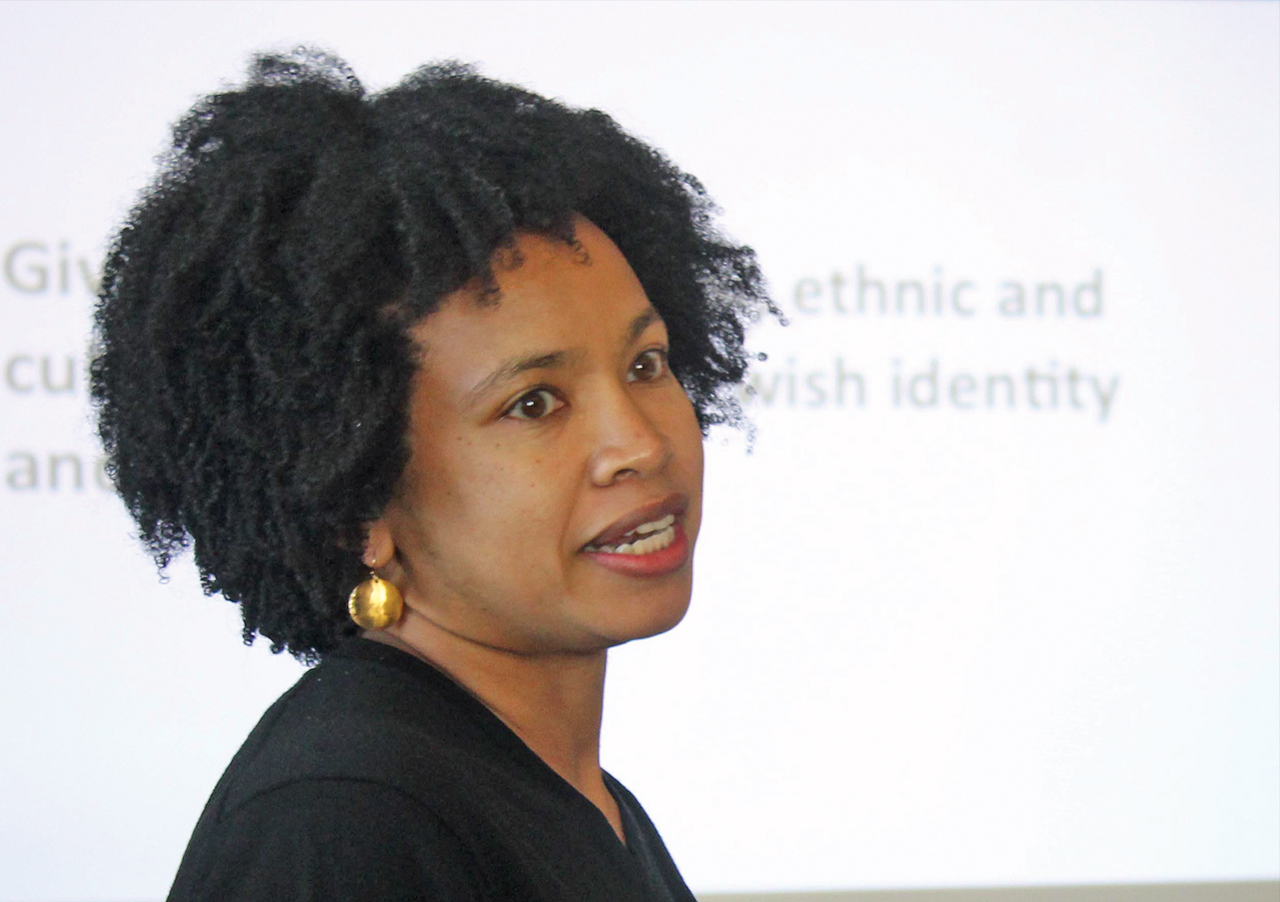