los angeles |  In preparation for the High Holy Days last year, my community sent its shofar blower on the road.

During the month of Elul, in the run-up to Rosh Hashanah, we are supposed to hear the shofar blown every day except Shabbat. Traditionally this is done in shul.

But our small, lay-led congregation does not meet on weekdays. So my wife, Brenda, who blows the shofar for the Movable Minyan, as our congregation is called, offered to visit members’ homes to perform the ritual there.

“It will be more personal,” I remember her saying.

Wanting to see how personal, I offered to be the chauffeur, scheduler and emcee, as our show hit the road to our 20 households spread throughout Los Angeles.

Even though we had announced the shofar calls would be on Sundays, when I called ahead to work out the times, I still received a few incredulous “You’re coming to do what?” responses. Undaunted, we hit our first location in the Hollywood hills.

We were welcomed in and escorted to a back outdoor deck overlooking an oak- and chaparral-filled canyon. In front of the family group that had gathered, I tried out my explanation as Brenda readied the small shofar she had been using for several years.

“The shofar is blown to remind us that the High Holy Days are approaching and that we should start thinking about repentance and spiritual repair,” I said, suddenly aware of how personal this all was.

“Elul can be seen as an acronym for ‘ani l’dodi v’dodi li’ — ‘I am for my beloved and my beloved is for me,’ ” I said, cribbing from something I had studied. “During the year God may call to us, but during Elul we must call to him — or her.”

Then Brenda, who had learned to blow the shofar because she played trumpet in junior high, recited the blessing and blew.

Hearing the shofar in their homes struck people in different ways. One woman, with her cat following, took us out to her back balcony to make sure her neighbors, some of whom were Orthodox, also would hear the sound. At another home, a 7-year-old proudly brought out a Yemenite shofar and blew it along with Brenda, much to the delight of his father.

At several homes neighbors, extended family and even a boyfriend, had been invited over to hear the call.

One woman placed small figurines that she had inherited from her grandparents around the living room in hopes that the sound would reach across the generations. A member in her 90s smiled and showed her appreciation by handing us a donation for the minyan.

At the home of a rabbi, it seemed the sound of the shofar was a kind of alarm, alerting her to the time she had remaining to complete writing those outlines and sermons for the approaching High Holy Days.

At a condo not far from the ocean, Brenda demonstrated the shofar’s sounds and I explained what they were: tekiah, “the longest sound, calling us together,” I said. The shevarim: “three broken sounds resembling sighing.” And the teruah: “nine rapid sounds that can be thought of as a kind of wailing.”

When we visited his home, Stuart Ziff, a neon artist, asked Brenda if she wanted to blow the shofar in front of one of his works. The spiraled glass contraption, looking like something from an old Buck Rogers movie, had at its core a Jacob’s Ladder, a device that sends a crackling high-voltage arc upward between two wires.

As Brenda blew the shofar, Ziff joined in by pushing the “on” button, enveloping the room in a soft pink glow. Savoring the moment, he invited us to sit down for a bowl of homemade ice cream.

There were other surprises. Driving up to one location, we couldn’t believe how close it was to our home; it was like finding a new neighbor.

Then there was the unexpected audience.

After sounding the shofar at a downtown condo and walking back to the car, we spotted a beautiful shofar in a music store window. On impulse, we walked in. With me egging her on, Brenda asked to try it out, and to the amazement of the store’s mostly Latino customers and personnel who had gathered around, blew a long beautiful tekiah.

“I can give you a very good price on the shofar,” the salesman said.

As we walked down the street, recounting the ways her shofar had reconnected our community, she explained why she didn’t go for the one in the store.

Edmon J. Rodman is a JTA columnist who writes on Jewish life from Los Angeles. 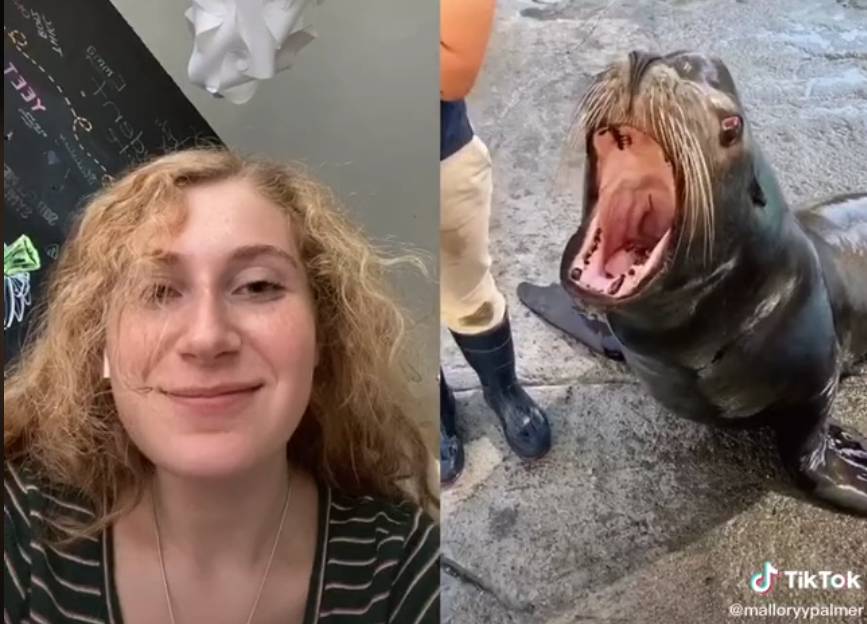