Measles are back, and Jewish day schools are on notice

A recent measles outbreak linked to two Disney theme parks in southern California has spread to five Bay Area counties and produced a media flurry that has parents at Jewish day schools seeking assurances that their children are safe.

California is one of 20 states that allow parents to claim a personal belief exemption from vaccine requirements when they enroll their children in school. The exemption is used more often in private schools and affluent communities, making them potentially more vulnerable to outbreaks.

Data show that vaccination rates in the state’s private schools are lower than in public schools. Jewish day school administrators have been contacting parents to stress the importance of giving their children those all-important shots.

“We urge all of our parents to immunize their children according to the state’s recommendations…  and halakha,” or Jewish law, wrote Rabbi Ari Leubitz, head of Oakland Hebrew Day School, in a Jan. 30 email to parents. He said the school’s vaccination rate is at least 97 percent.

Peg Sandel, head of Brandeis Hillel Day School in San Rafael, sent a similar email to parents on Jan. 27, writing,  “If your child is not vaccinated or under vaccinated, I strongly encourage you to … help prevent an outbreak or spread of measles in our community by ensuring your family is vaccinated.”

BDHS’ overall vaccination rate is 94 percent, according to Sandel.

To confidently maintain “herd immunity” — the point at which enough people are vaccinated to prevent the spread of measles — at least 94 percent of a given community should be vaccinated, according to health officials.

Peter Salk receives the poliovirus vaccine from his father, inventor Jonas Salk, when it was still in an experimental stage. photo/­©march of dimes foundation

Though the United States declared in 2000 that measles had been “eliminated,” meaning it’s no longer constantly present, there have since been regular outbreaks of the highly contagious, airborne disease.

As of Feb. 6, the Centers for Disease Control had recorded 121 cases nationwide this year, the majority of them in California and 14 in the Bay Area.

Jewish day schools are auditing their vaccination rates and reaching out to parents as they seek to keep measles out of their classrooms — both to protect their own students from getting sick and to prevent the disease from spreading further.

“A test of a community’s spirituality or kedusha, holiness, is how it treats the most vulnerable,” Leubitz said. He invokes the Jewish principle of pikuach nefesh, or preservation of human life, to argue that vaccination is the best choice for people to protect themselves as well as others.

But in communities where personal choice is more often exercised — 6.5 percent of entering kindergartners in Marin County this year had personal belief exemptions on file — individual beliefs can run up against the public good.

Parents who decide not to vaccinate might accept the risk that their child will get measles, but what happens if there’s an outbreak at school and a classmate who is immunocompromised gets sick? What if a baby too young for the vaccine catches measles when his mother brings him to school to pick up his older sister?

“I draw the line, and I think a lot of people draw the line, when choices you make for your own children put other people’s lives at risk,” said Nimrod Elias, 34, a member of the Modern Orthodox Congregation Beth Israel in Berkeley and father to two preschool-age daughters.

Elias’ daughters are up to date on their vaccinations, but he’s concerned that other members of his community who don’t fully vaccinate their children are creating an unnecessary risk. His oldest daughter is 4 and will likely start kindergarten at Oakland Hebrew Day School next year, and he and his wife are considering asking other parents about their children’s vaccinations before playdates.

Bay Area health officials have warned that if measles shows up in a school, students who are not up to date on their vaccinations will be quarantined for 21 days, the incubation period, to stop the spread of the illness.

A local woman who has children at OHDS said parents shouldn’t be stigmatized for making what she sees as a valid medical choice.

“I strongly believe in people’s right to refuse any medical procedure, and there’s a lot of reasons to not trust the medical industry,” said the mother, who asked not to be named. “I would be really sad to see the non-vaccinators alienated from the Jewish schools.”

Her children are current on their vaccinations, the mother said, but she delayed all their vaccinations until they turned 2 out of concern that their young bodies couldn’t handle exposure to the chemicals in the vaccines.

Though she acknowledges that herd immunity provides protection from diseases and agrees that measles and whooping cough, which killed 10 babies in a California outbreak in 2010, are risky for infants, she elected to try to protect her babies’ health through breastfeeding and healthy eating, she said.

Heightened anxiety due to the measles outbreak has put pressure on those who choose to delay or skip vaccinations, she said.

“I ran into a friend in the store in Berkeley who said that she is totally depressed and paranoid because she hasn’t vaccinated her kids, and she’s afraid to even talk about it in a public place because she feels so under attack,” she said. “It’s really like a witch hunt.”

Leubitz said that although he tries to convince OHDS parents who have filed personal belief exemptions to vaccinate their children, it’s important to approach such conversations with respect.

“I’ve watched some of the dialogue in the community; it can look very vitriolic in nature, and I don’t think it’s productive or serves anybody well,” he said. “I want to do it in a way where it’s energetic and robust, but it has to be with kavod,” or respect.

Sandel forwarded Brandeis parents an informational letter from Marin County’s public health officer. “I just want people to understand what the risks are … and want to make sure our close-knit community remains that close-knit community and doesn’t break down into divisions,” she said.

Jewish religious authorities overwhelmingly support vaccination; Reform, Conservative and Orthodox rabbinical associations have all stated that immunization is a moral imperative in line with Jewish law and have supported the principle of compulsory vaccination laws.

The first Jewish authority to weigh in may have been Rabbi Nachman of Bratslav (1772-1810). He advocated that infants be inoculated against smallpox at a young age and suggested that their parents would be responsible for their deaths if they didn’t.

Much of the contemporary concern about vaccination can be traced to a now-debunked 1998 study by Dr. Andrew Wakefield published in a British medical journal linking the MMR vaccine (measles, mumps, rubella) to autism. Though the heavily castigated study was retracted in 2010 and the findings have never been replicated, concerns about autism led many parents to be suspicious of vaccines and request alternative vaccine schedules or skip the shots altogether. Other parents continue to view vaccines with suspicion.

Local educators said those numbers, which reflect kindergarten vaccination rates that schools have to report to the California Department of Public Health by Nov. 1 every school year, don’t tell the whole story. But they also said the damage to their reputations had been done.

Tablet initially misreported the vaccination rate at Contra Costa Jewish Day School in Lafayette; the website corrected the information to reflect the state records, which indicated that 14 percent of the kindergarten class, or two out of 14 students, have personal belief exemptions on file. But Dean Goldfein, head of the school, said that since the data was filed, the parents of those two kindergartners brought their children up to date on their vaccinations. Now, the entire kindergarten class is fully vaccinated.

Only 1.4 percent of the overall student body isn’t up to date on vaccinations, according to Goldfein. “That number changes with time,” he said. “[Tablet] produced something that did do harm to the school because it was untruthful.”

The story cited BDHS in San Rafael as having an 8 percent personal belief exemption rate for kindergartners, and gave Tehiyah Day School in El Cerrito a 13 percent rate. The heads of those schools haven’t refuted the numbers, but said vaccination information should be considered in the context of the entire student body. Overall, 6 percent of BHDSâ€ˆMarin students aren’t fully vaccinated, according to Sandel. At Tehiyah, the overall personal belief exemption rate is 5 percent, according to Elise Prowse, interim head of school.

That puts both schools within the 94 percent vaccination rate recommended to maintain herd immunity for measles.

Now, two California legislators are trying to make vaccination mandatory by doing away with the state’s personal belief exemption altogether. Concerned about the measles outbreak, Sen. Ben Allen (D–Santa Monica) and Sen. Richard Pan (D-Sacramento), who is also a pediatrician, have announced plans to introduce legislation this month that would end the exemption.

Dorit Rubenstein Reiss, a law professor at U.C. Hastings, supports curtailing the personal belief exemption and believes that parents who choose not to vaccinate their children should be subject to civil penalties should their child infect another person.

“Many families, if their child was infected with an infectious disease, would incur a cost: a baby infected, children kept home from school,” said Reiss, a native of Israel. Why, Reiss asked, shouldn’t the family who made the decision be responsible for that cost?

Such a policy would likely inflame parents who believe vaccination should be an unfettered personal choice. But with the heightened concern over measles, those lines in the sand are shifting.

“I’m hearing from some people who had not vaccinated their children before, deciding to vaccinate now,” said Dr. Katya Gerwein, a Berkeley pediatrician who is a member of two congregations in her city, Netivot Shalom and Beth Israel.

Some parents request alternative vaccine schedules, she said, but Gerwein encourages them to fully vaccinate their children on the standard schedule. She tells parents that extensive research has shown vaccines to be safe, with benefits far outweighing the small risks, and that it’s healthy for infants to exercise their immune systems by being exposed to vaccines.

“There is definitely a subsection of people who fear that the immunizations will be too much for their babies,” Gerwein said. One of the most effective ways to change minds on the issue is to listen to parents and relate to their concerns, she added.

“I understand the suspicion, I really do,” Gerwein said. “I am one of those Berkeley parents who buys all my organic food and had a homebirth midwife come to my second child’s birth. I spent $450 to re-cover my couch” to avoid contamination from toxic substances in the couch’s flame retardants.

The story of the couch alone was enough to convince one mother to vaccinate her baby with the DTaP vaccine (diphtheria, tetanus and pertussis) on time, Gerwein said.

“If you did that with your couch, I’ll do the DTaP,” the woman told Gerwein. 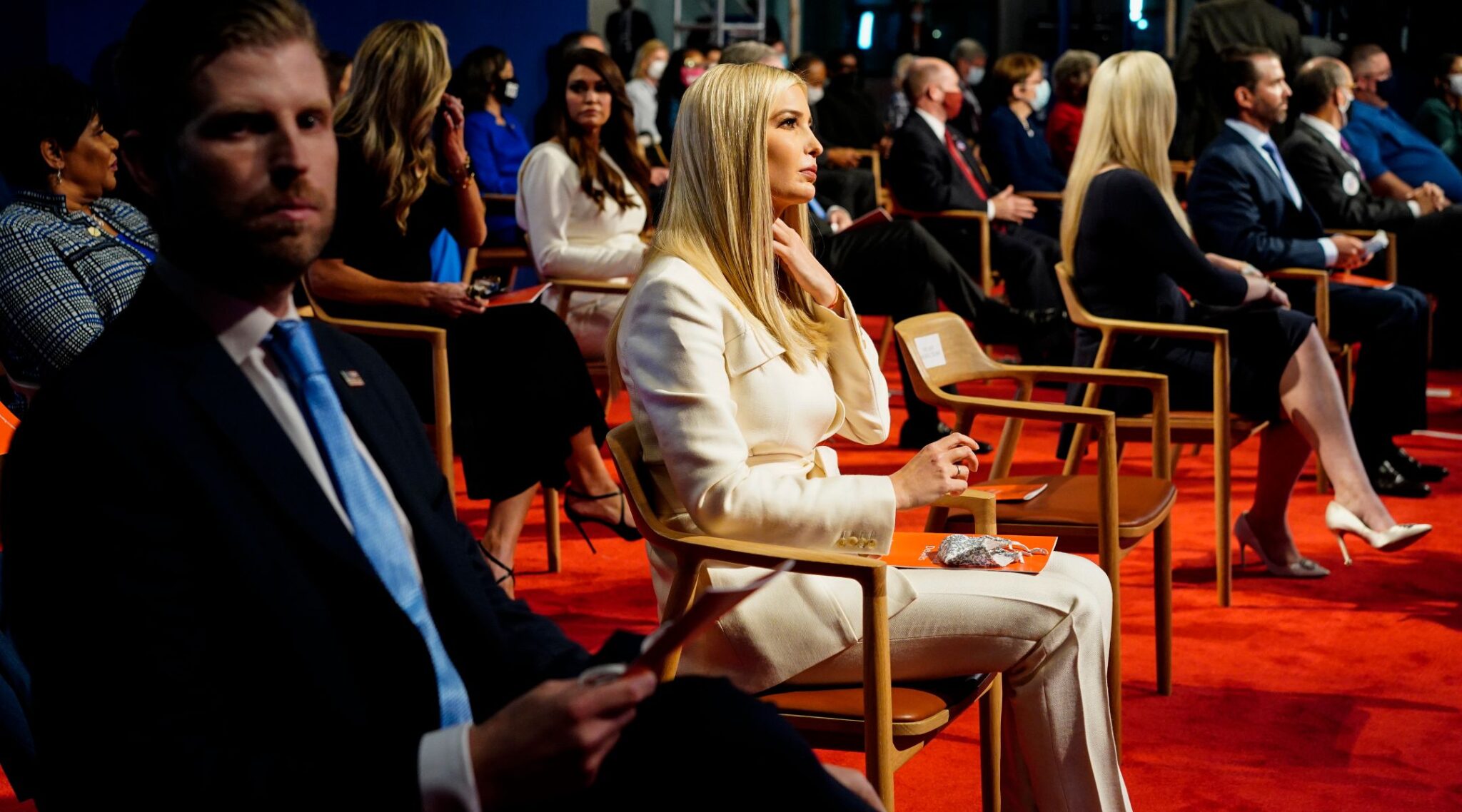 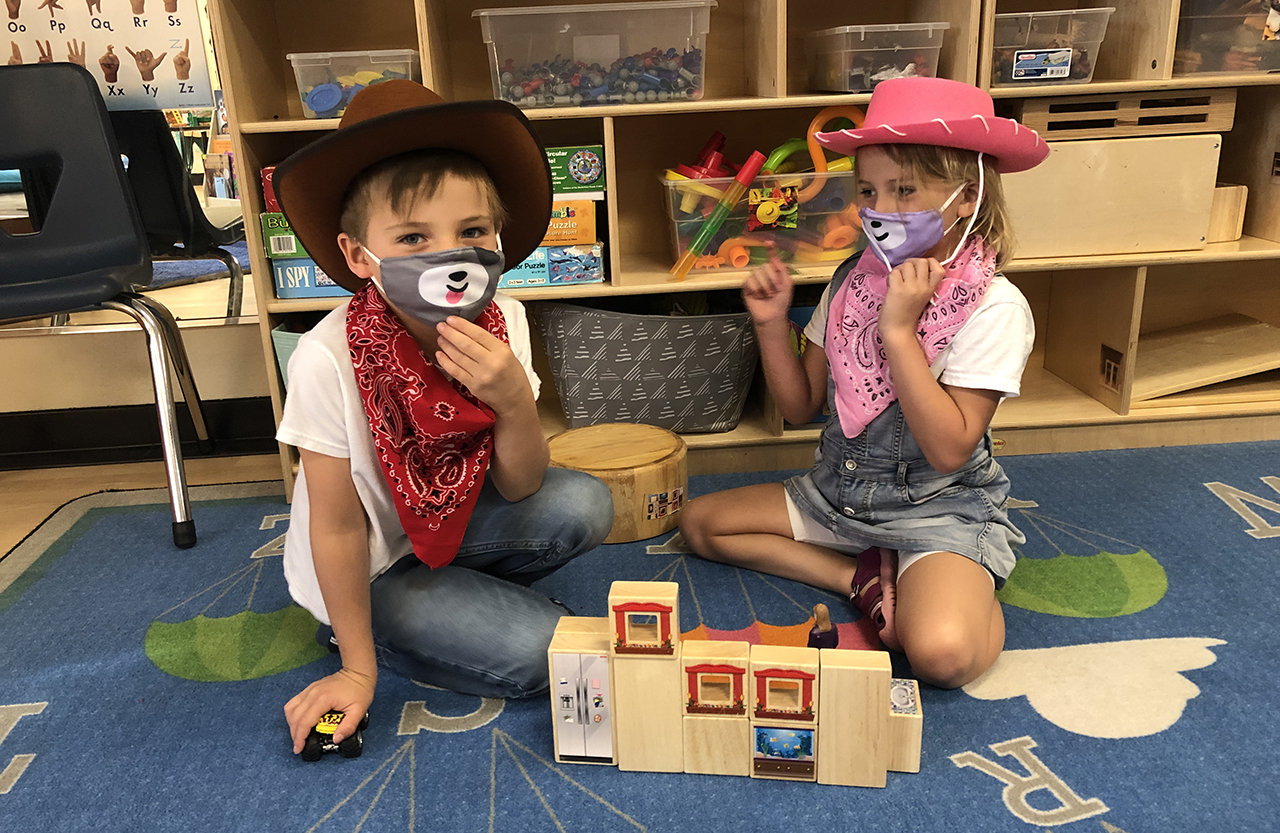