Mexico’s consul general in S.F. is a playwright, author, social scientist and a Jew

Andrés Roemer is a force of nature.

Marking the end of his second year as consul general for Mexico in San Francisco, Roemer is a playwright, social scientist, TV host, conference organizer and diplomat whose seemingly eclectic résumé points in one direction — discovering what he calls the “dangerous ideas” that will change society for the better.

The grandson of Viennese orchestra conductor Ernesto Roemer, who fled Europe before World War II, Roemer is an unabashed “atheist Jew” who feels “a sense of home, of comfort” with the Jewish community, especially in the Bay Area.

“I like the openness of the community here, the feeling I get when I walk into the JCC. The way all kinds of people and religions are welcome,” he explained over a late-afternoon coffee downtown. “This is the best of Judaism, to me. To be able to accept differences, and to respect the other.”

Roemer, 52, is no stranger to the Bay Area. He earned his Ph.D. in public policy from the Goldman School of Public Policy at U.C. Berkeley in 1994, which also awarded him the 2013 Elise and Walter A. Haas International Award for distinguished international work by a Cal graduate. (In a speech last year he said that when he learned of the award, his first instinct as a Jewish son was “to call my mother.”)

I first met Roemer when I interviewed him for Uncharted: The Berkeley Festival of Ideas, a 2014 conference that he opened by talking about the value of creating space for people to talk about important issues. It was this simple idea that prompted him to found Ciudad de las Ideas (City of Ideas), a conference of conversations among artists, politicians and scientists in Puebla, Mexico, that has become a centerpiece of Latin American intellectual culture.
But change won’t happen if only world-famous thinkers talk to one another. Regular folk — including young people — also need the chance to learn and be inspired by others. At City of Ideas, he makes sure that students are in the audience.

It was this commitment to dialogue that inspired Roemer to invite Donald Trump to San Francisco’s Mex I Am festival earlier this summer — a cultural extravaganza he created with the Yerba Buena Center for the Arts to shake up how people think about the contributions of Mexicans and Mexican Americans in the Bay Area and beyond.

“I didn’t think [Trump] would come,” Roemer said about the presidential candidate who has infuriated the Mexican American community with negative comments about immigration. “But if he came, he would be forced to sit in conversation with others, not just send out sound bites.”

Roemer’s new book, “Move Up: Why Some Cultures Advance While Others Don’t” (written with Clotaire Rapaille), offers a new look at why certain countries are advancing in the 21st-century global world and some are not.

In the book Roemer defines moving up as “the degree to which a country enables its people to evolve both socially and economically, and also, crucially, to become happier and feel more purposeful.”

As a social scientist who has looked at how qualities like happiness and well-being can be quantified, Roemer is interested in the complicated interplay between biology and culture. How cultures respond to universal biological needs will help determine how — or if — the “survival kits” they use will lead them to success, or instead become “frozen in time … this is what happened to the Greek and Egyptian civilizations; they relied on what had made them successful, but in failing to adapt, these very tools become the key contributors to their demise.”

Although “Move Up” doesn’t draw directly upon many Jewish sources, Roemer said some of its key ideas, especially the value of adaptability, emerge from his reading of Jewish history and culture.

Could he offer an example? “Let me tell you a joke,” he responded. “A tsunami is coming in five minutes, and the leaders of many religious faiths gather together. The priest says, ‘Let us all believe in Christ, and make peace with our neighbors.’ The Muslim imam says, ‘Allah will help us, it’s time for us to pray.’ The rabbi looks at his watch and says, ‘We have five minutes to learn how to breathe underwater.’ It’s all about adapting.”

An avid user of technology and social media, which rely on adaptation to survive in the marketplace, Roemer is also cautious about the lessons young people might take from the massive wealth they see being created all around them.

“I love the creativity and entrepreneurship of this region,” he explains. “But I worry about kids who want to skip college, skip important life experiences, only to sit in front of a computer coding 20 hours a day, hoping to create the next big app. But without recourse to an awareness of how one is living and how capitalism works, then something is wrong with our society.”

Roemer points to Rebecca Goldstein’s recent biography of Jewish philosopher Baruch Spinoza, in which the Jewish emphasis on “not following the flow, of always asking why we are doing something, could help this country stop just a little bit. To go up to the balcony to get a bit of distance from what is happening on the dance floor. Perhaps this is the value of the Sabbath, to be able to stop and look around and get some perspective.”

Dan Schifrin is a teacher and writer living in Berkeley. 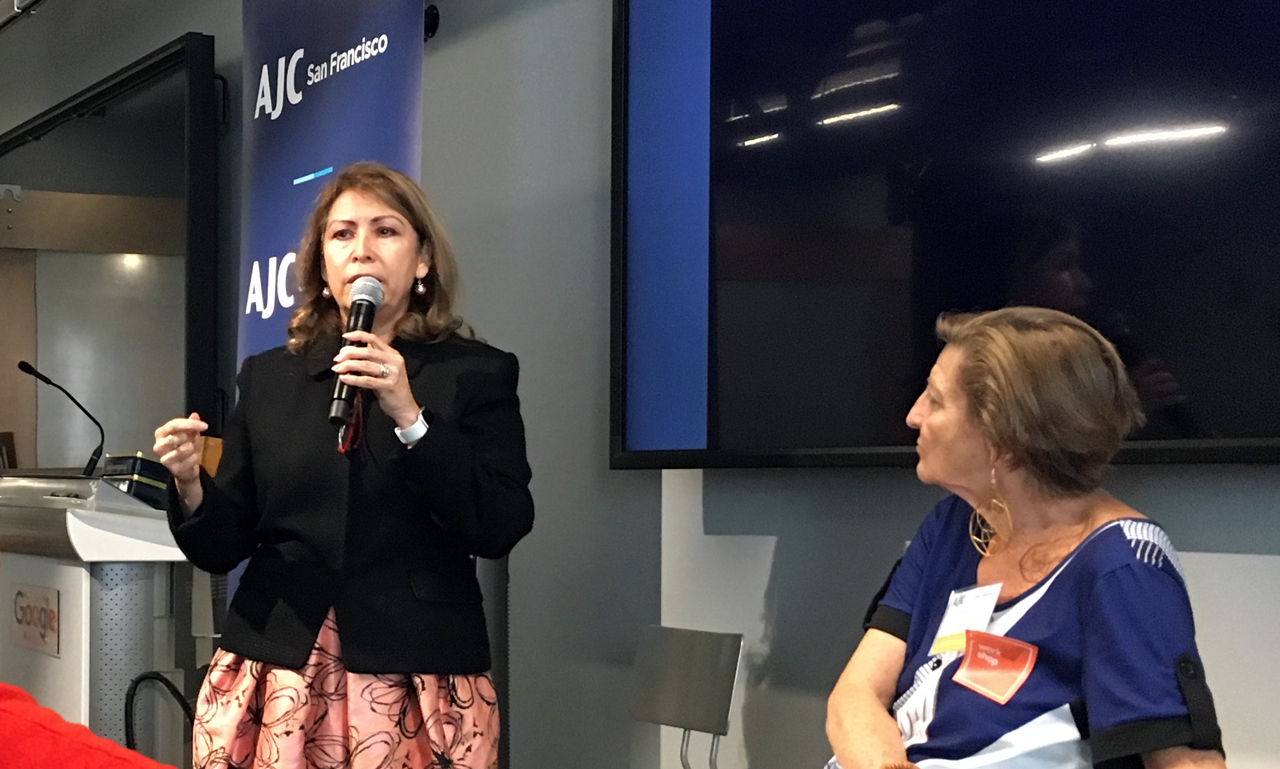