An Israeli and Lebanese soldier discuss water rights across the border they both patrol.

A Palestinian American takes his adult daughter on an imaginary trip to his childhood home in Haifa.

These are three of the short, one-act plays featured in this month’s ReOrient festival, a project of Golden Thread Productions, which focuses on new theater from across the Middle East. The festival, which opened Sept. 10, runs through Oct. 4 in San Francisco.

Featuring two series of short plays (in repertory) set in Iran, Iraq, Egypt, Lebanon, Israel and the West Bank, the festival includes talkbacks, moderated conversations and a two-day conference on the role and power of ethnic theater during closing weekend.

Three of this year’s crop of eight plays are set in Israel, and while all touch on the politics of what Israelis call “the situation,” they focus much more on human themes of memory, loss and redemption. The two written by playwrights with Palestinian roots grapple with the subject of home and exile, an ever-present theme for Palestinian artists paralleled in this case by the writers’ biographies, one born in the United States and the other in Britain.

While some of the plays performed in past years have been highly critical of Israel, other Middle Eastern regimes are just as soundly critiqued for their social conservatism, oppression of women and lack of LGBT rights in particular. Founding artistic director Torange Yeghiazarian said that the festival has “often” featured Israeli and American Jewish playwrights, and was at one time sponsored by the S.F.-based Jewish Community Federation’s Israel Center.

“In curating the festival we try to force different communities with different narratives to come together, and facilitate conversation afterward,” she said. “Theater creates a safer space for dialogue.”

Both “Bitterenders,” by Hannah Khalil and “The House,” by Tala Manassah and Mona Mansour, deal with Palestinian Arabs losing their homes to Israeli Jews.

“Bitterenders” is an absurdist take on the theme, as an East Jerusalem Palestinian family literally draws a chalk line down the middle of its apartment, sharing it on the order of an Israeli court they claim has no jurisdiction over them.

“The House,” on the other hand, is based on the real-life story of Manassah’s father, who was born in Haifa and displaced at the age of 3 during Israel’s 1948 War of Independence. The family fled to Beirut, only to be displaced again three decades later during the Lebanese civil war. Manassah, 33, was born in Boston and grew up in New York, where she runs an educational nonprofit and writes plays “to stretch other muscles.”

In “The House,” the characters based on Manassah and her father visit the family home in Haifa as a theatrical exercise, a kind of dream sequence that probes questions of space and memory. The daughter urges her father to take her into the house, a suggestion he refuses, saying there is no longer anything for him there.

In fact, Manassah and her parents have visited Israel often, where relatives of her mother still live. She’s been to the Haifa home with her father, but he stopped going in the mid-’90s. “There’s a lot of pain for him in that part of the world that he doesn’t want to engage with anymore,” she said.

“The house, the physical space of the house, is a living breathing character in this narrative,” Manassah said. “It’s a very complicated relationship between space and ghosts and who inhabits that space,” one that is fraught particularly “when it’s a place we are separated from by force, not choice.”

Married to a Jewish woman whose father was born in a DP camp after World War II, Manassah says her play is not anti-Israel. “It offers a view of one family’s experience of what the nakba meant, yes,” she says, using the Arabic word for “catastrophe” that many Palestinians use to describe the founding of Israel. “In that way it is implicitly critical of Israeli policy. But we now face a situation where other people live in these homes, and they should not be submitted to the same horror my family went through. There’s the political aspect and there’s the human aspect, the ability to find common ground with people  [who are deeply divided] on the basis of equality and dignity for all.”

Of the three Israel-focused plays in the festival, it is “Ceasefire” by Ken Kaissar that is the most hopeful. Written in 2006 after that year’s war in Gaza, the play centers on a very young Israeli soldier posted at the Lebanese border who tries to engage his Lebanese counterpart patrolling the other side in conversation. A water canteen plays a pivotal role, referencing the Palestinian-Israeli struggle over water rights.

Kaissar was born in Ramat Gan, Israel, but at age 2 he immigrated with his family to Indianapolis, where his parents taught Hebrew. He made his first foray into theater in fifth grade at JCC theater camp. Now 38, Kaissar teaches playwriting and theater history and has penned a number of plays, mainly dealing with Jewish identity.

The Lebanese soldier in “Ceasefire” is, he says, “an amalgamation of Palestinians I have spoken to in Israel and the West Bank. I relocated them to Lebanon and imagined their voices — I haven’t met any Lebanese soldiers per se.”

In his play, it is the Israeli soldier who reaches out first. That’s appropriate, Kaissar says. “It’s not controversial to say that Israel has the power, so it has the luxury to make allowances, make apologies, to suggest putting down the gun. The weaker party doesn’t have that luxury.

“That wasn’t always the case,” he adds. “For years Israel lived in fear. Thank God Israel today is strong and at the point where we can put the gun down and see what we can do to change the situation.” 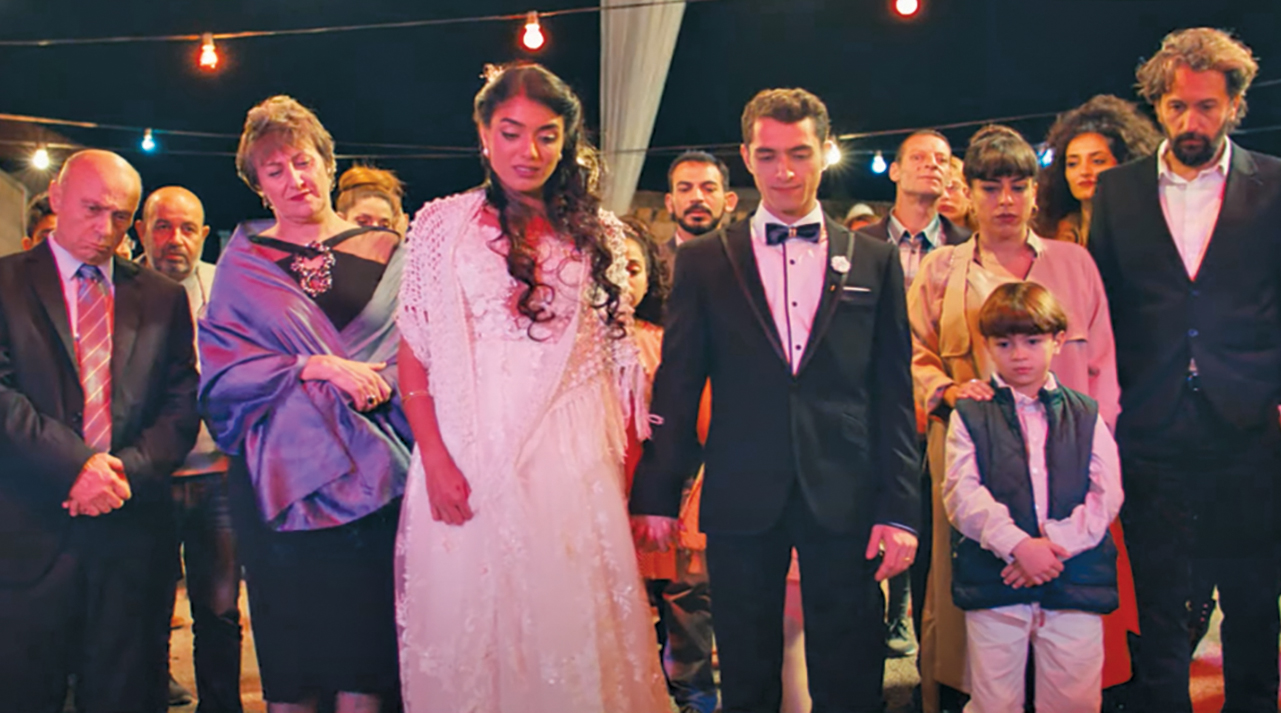