Camp Tawonga, which prides itself on being a place where diversity and acceptance are as commonplace as friendship bracelets and song sessions after breakfast, has had a new experience over the past couple of summers: opening its arms to transgender campers.

But no one had ever transitioned while attending the Jewish camp near Yosemite National Park.

Until now. This summer, 13-year-old Cody Jackson decided to come out as a transgender boy during the second week of his July session. Raised as a girl and placed in a girls’ bunk at camp, Cody came out by asking a counselor to read a poem he had written to his bunkmates.

The poem explained that his true gender identity was male. “There was this girl and her name was Cai,” it began. It went on to say that Cai wore dresses to dances, but then talked about a boy who likes writing and sketching. “I stand before you as Cody, a transgender male,” the poem stated.

For years, Cody, who lives in Chico, had experimented with short haircuts and wore masculine clothes, such as ties. He even had a mohawk in elementary school. And over the last couple of years, he had begun to feel like he wasn’t a girl.

Cody Jackson came out by writing a poem.

But it wasn’t until he attended his second summer session at Tawonga that he felt sure and comfortable enough to publicly transition.

“I kind of felt like it was just like a really safe environment where if I said something, I wouldn’t be judged,” Cody told J.

Jamie Simon-Harris, Tawonga’s director of 10 years, said that while the camp has long emphasized sexuality education and diversity, it’s only in the past few years that staff has been made more aware of gender identity inclusion.

The camper’s parents wanted her to live in the girls’ cabins, and after giving it some thought, the camp staff agreed.

“It went really well,” said Simon-Harris. “We did a lot of education with the campers and the kids.”

That transgender camper was back at camp this year, as was a transgender counselor-in-training (who had already come out before he arrived).

But when Cody came out two months ago, he wasn’t aware that there were other transgender kids at camp, though he suspected there might be.

He first came out to a male counselor, who warmly accepted and encouraged him. That counselor then read Cody’s poem to his 11 female bunkmates.

Though he hadn’t known any of the girls in his bunk before he got to camp, Cody said they became close quickly, and they supported him when he came out. On their own, the campers decided to change the name of their cabin from G5 (which stands for “Girls 5”) to EG5 (“Every Gender 5”).

Near the end of the session, feeling more confident, Cody read his poem himself in front of everyone during the camp talent show; his bunkmates stood on stage behind him.

“They were all crying, and after I read it they all gave me a group hug,” Cody said. “Someone in my bunk said, ‘Hey Cody, look up,’ and I looked up and I got a standing ovation. They were all chanting ‘Cody, Cody!’ ”

“The community embraced this idea that this bunk was an every-gender bunk,” Simon-Harris said. “I think that kids are special and smart and curious, and we want to meet them where they’re at.”

As awareness spreads and children come out as transgender, more schools and camps are learning how to make these children feel welcome and safe while educating the larger community. For example, the rabbi at Tehiyah Day School in El Cerrito held a naming ceremony for a 13-year-old student who came out as a transgender boy last year; it was attended by his family and his entire eighth-grade class.

In a recent piece at eJewishPhilanthropy, titled “Tackling the transgender question at Jewish summer camp,” Tawonga was praised for warmly accommodating three transgender campers this past summer. “Though most camps are still fumbling their way through what it means to be inclusive of transgender campers, one camp in the Bay Area [Tawonga] is ahead of the curve,” the piece noted.

After Cody came out in July, Simon-Harris called his mother — with his permission — to tell her he had come out. Though he didn’t speak to her until he came home from camp, he said her response was “amazing.”

“She had all my clothes out on my bed, and she was like, ‘You can keep the clothes you want to keep.’ We got a lot of new clothes,” Cody said. “She’s really supportive, and she said that she always knew something was up, but she wanted me to say it first … We had this talk, and she said no matter what, she’s my mom and she’s going to be here for me.”

Tawonga will continue to examine ways it can become more inclusive of gender diversity, Simon-Harris said. The camp is building a new bathhouse that will likely have a gender-inclusive space, as well as sides for boys and girls.

Still, gender inclusion is challenging for summer camps, which traditionally have been divided by gender.

“Camps in general are binary; there’s a girls’ side and a boys’ side,” Simon-Harris said.

Simon-Harris isn’t sure exactly how Tawonga will evolve; perhaps at some point, she mused, campers could have the option to sign up for a boys’ bunk, a girls’ bunk or an every-gender bunk. “We’ve tried to be more intentional.”

Now Cody is back in school at home in Chico, where he is planning an assembly with his school where he will come out to his grade. He said he isn’t very nervous, though; the worst anxiety was before he stepped onstage at the Tawonga talent show. He will probably return to Tawonga next summer, hopefully, he said, in a boys’ bunk. 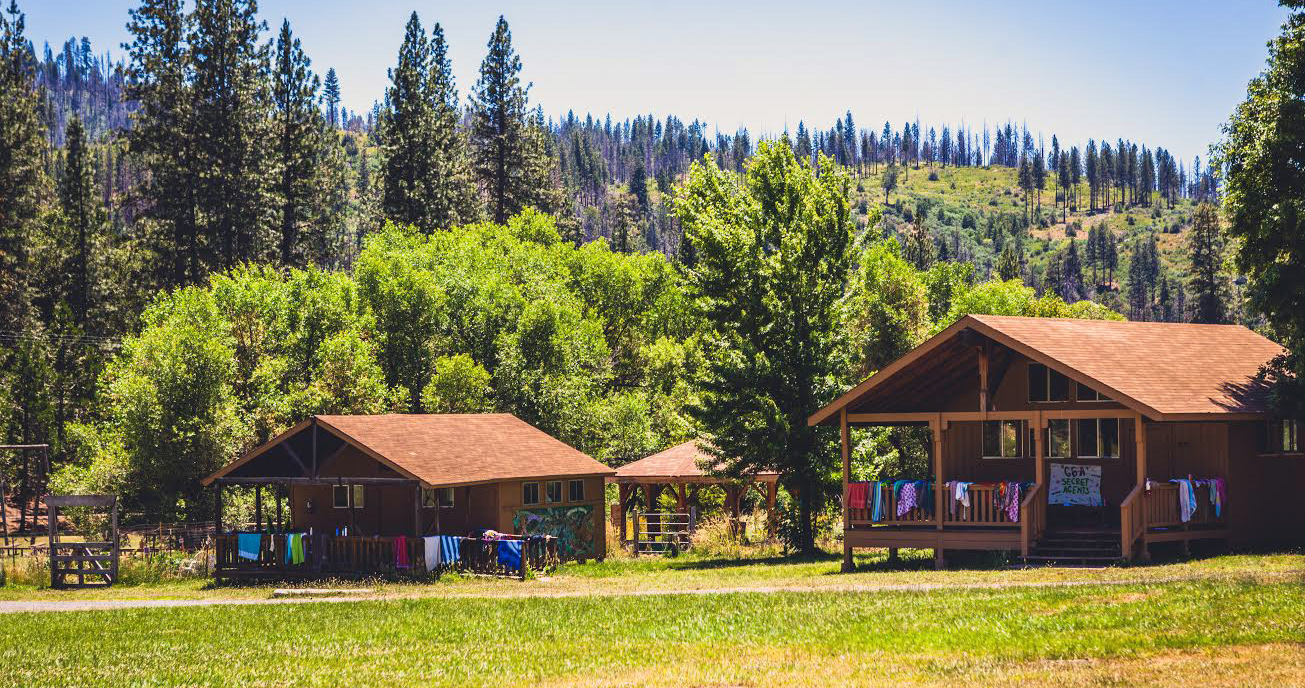