Alena Byers was walking up and down the aisles of AT&T Park selling Häagen-Dazs bars to Giants fans during the team’s final game in 2014 when, all of a sudden, people in the stands started pointing and shouting that her image was being displayed on the Diamond Vision screen. She’d worked at the stadium for two years to save money for college, but never had she been the center of attention during a game.

Now Giants mascot Lou Seal was charging up the stairs toward the teenager holding a giant check for $5,000 made out in her name while Giants announcer Renel Brooks-Moon spoke over the public address system.

“For the past two years, Alena has been working as a concessions vendor here at AT&T Park as part of Juma Ventures, an organization that helps students save money for college and build for their futures,” Brooks-Moon said as Byers covered her mouth in shock. “She is in a position to be the first in her family to attend college and study pre-med.”

Byers, then a student at San Francisco’s Raoul Wallenberg High School, saw her mother and grandmother waiting below and ran down the steps to hug them as the crowd cheered. “I turned around, and I was really shocked, and then I saw my mom and I started crying,” said Byers, now 18 and a first-year student at U.C. Merced studying molecular and cell biology.

The $5,000 was a surprise scholarship from Juma Ventures recognizing Byers for her achievements. But her good fortune didn’t end there. Juma Ventures is a community partner with Hebrew Free Loan, which for the first time in its history has been offering zero-interest loans to deserving students outside the Jewish community. Byers received a $3,000 loan from Hebrew Free Loan to help fill the gap in her college expenses.

For many students, funding higher education requires piecing together a patchwork of financial aid, scholarships and loans from different sources. Aware of that struggle, Hebrew Free Loan decided to step up, launching its nonsectarian program to help low-income students in September 2014 after raising money specifically for that purpose.

“To us it fits in with that same sense from the Torah in terms of tikkun olam and making the world a better place and reaching out to those in need around us,” said Cindy Rogoway, executive director of the San Francisco-based organization. “It’s helping people achieve their goals.”

More than $400,000 has been raised for the nonsectarian student loan program, with a goal of $2 million, according to Rogoway. The program so far has disbursed 42 loans totaling $232,000.

Hebrew Free Loan has been making interest-free loans to members of the Northern California Jewish community since 1897, when a small group of men who studied Torah in a San Francisco synagogue started a collection to help newly arriving Jewish immigrants from Eastern Europe. They were guided by the Torah mandate about not charging interest to fellow Jews or profiting from their needs.

It was a powerful model of commumnal self-help that allowed Jews to build wealth while paying back funds so others could benefit. Sustaining that model today, more than 100 years later, Hebrew Free Loan has an asset base of $13 million and makes hundreds of loans every year to local Jews for financial needs that include starting a business, buying a first home, funding an adoption or covering health care costs.

Meredith Caplin is one beneficiary who is outspoken in her appreciation for Hebrew Free Loan, which she said helped when no one else would lend to her.

Caplin, a licensed clinical social worker who lives in Oakland, had worked with seniors in hospitals and was interested in starting a business offering psychotherapy services to that population. But because she had never run a business before, banks wouldn’t give her a loan. In 2010, Hebrew Free Loan gave Caplin her first $25,000 to start what is now CSS Home Care & Senior Services; the agency followed up with another $25,000 loan a couple of years later when she expanded the business to add senior home care services.

Caplin, 40, recently paid back the last of her loans and is now on the steering committee of the Full Circle Club, made up of former loan recipients who went on to become Hebrew Free Loan donors.

“The process of getting a loan is very supportive,” said Caplin, who grew up in Albany. “I actually don’t think the business would have survived without it. I really don’t know where I could have gotten money that I needed.”

The majority of recipients are committed to making good on their debt, Rogoway said, and in the case of those who later become donors, to paying it forward. Everyone who takes out a loan must have a guarantor, usually a friend or a relative, and the default rate approaches zero.

“I think it’s a combination of people feeling really grateful the community’s there for them when they need these funds, and they take pride in this being a loan and not a grant,” she said, adding that the agency is “understanding and lenient” when people have trouble making their payments and works with them to settle on a modified schedule.

The core of Hebrew Free Loan’s mission has always been serving the needs of local Jews. As those needs change, Rogoway said, so must the agency’s offerings. New programs on the horizon include financial support for fertility treatments, for Jewish enrichment experiences like camp scholarships and trips to Israel, and for efforts to “go green,” such as making energy-efficient upgrades to a home or buying an electric vehicle.

“I firmly believe that by making ourselves more relevant in the [wider] community, we will be more likely to be around 100 years from now for those in the Jewish community who need our support,” said Rogoway, who has been at Hebrew Free Loan since 2003 and became its first female executive director in 2014. “We’re never going to lose our Jewish soul, and Jewish loan applicants are the primary [focus] of our agency.”

Avi and Sarah Perna, shown with baby Harley, received a Life Cycle loan to help pay for their wedding and are now Full Circle Club donors.

At the same time, “the whole concept of Judaism is to extend an arm to the strangers, to the people outside our community, so I think this is fundamental to our Jewish faith and outlook,” said Stuart Pollak, an associate justice on the California Court of Appeal who chairs the nonsectarian student loan program’s advisory committee. Pollak is a former president of the Hebrew Free Loan board and has advocated opening lending to non-Jews for well over a decade. “I do think our community as a whole, without sacrificing its ability to help people within the community, is in the position to help others who also need our help,” he said.

There are about 50 Jewish free loan associations worldwide; though they operate autonomously, they share similar missions and hold an annual conference to share resources and ideas. Many of the American organizations were founded around the end of the 19th century during the large wave of Jewish immigration from Eastern Europe. Plenty of the loan associations still limit their lending to members of the Jewish community, but others do not. Notably, both the Hebrew Free Loan Society of New York and the Jewish Free Loan Association in Los Angeles make loans to non-Jews.

With about 60 percent of its loans already going to students, the Bay Area agency elected to start its nonsectarian program with students, as well. “We know how to do student loans,” Rogoway explained. “We felt it was the most appropriate place for us to do a pilot effort.”

Hebrew Free Loan partnered with four community organizations that work with low-income students — Juma Ventures, Achieve, Larkin Street Youth Services and Marcus Foster Education Fund — to roll out the nonsectarian loans. Partly it was to avoid being inundated with too many applications, and partly so those organizations could screen well-qualified candidates. The students are eligible to borrow up to $6,000 a year to cover the gap between what their financial-aid packages offer and the cost of their education. Unlike other student loans, these carry no interest, but they do require the students to begin making payments on them immediately.

“When I received my financial aid package [from U.C. Merced], I had a pretty big gap. I was stressing about how to cover the gap,” said Alena, who was raised by a single mother in the Western Addition neighborhood and initially thought she wouldn’t be able to afford college or pay back high-interest loans. “I was worried it would be too much of a burden on my family and myself in the future.”

The truth is that Byers, who in high school was a cheerleader, played softball, sat on the student site council and served as treasurer of the Black Student Union, was adept at finding available resources and ended up supplementing what she received from Hebrew Free Loan and Juma with federally subsidized loans and scholarships from her church, high school, college and a community nonprofit.

Byers’ loan from Hebrew Free Loan stands out, though, as it represents one of her first introductions to the Jewish community; she said she doesn’t know many Jewish people. That is a positive outcome of Hebrew Free Loan’s partnership with the outside agencies.

“I think this is a unique opportunity for [the students] to not just learn about the Jewish community but to learn about philanthropy, too,” said Marc Spencer, Juma Venture’s CEO.

Added Rogoway, “We feel like it’s so appropriate for us to reach out beyond our own community as the world becomes more global. These students learn that the Jewish community is behind them. It’s a very important message as the world seems to be getting more scary for different ethnic groups. For us to break down those walls seems so appropriate.” 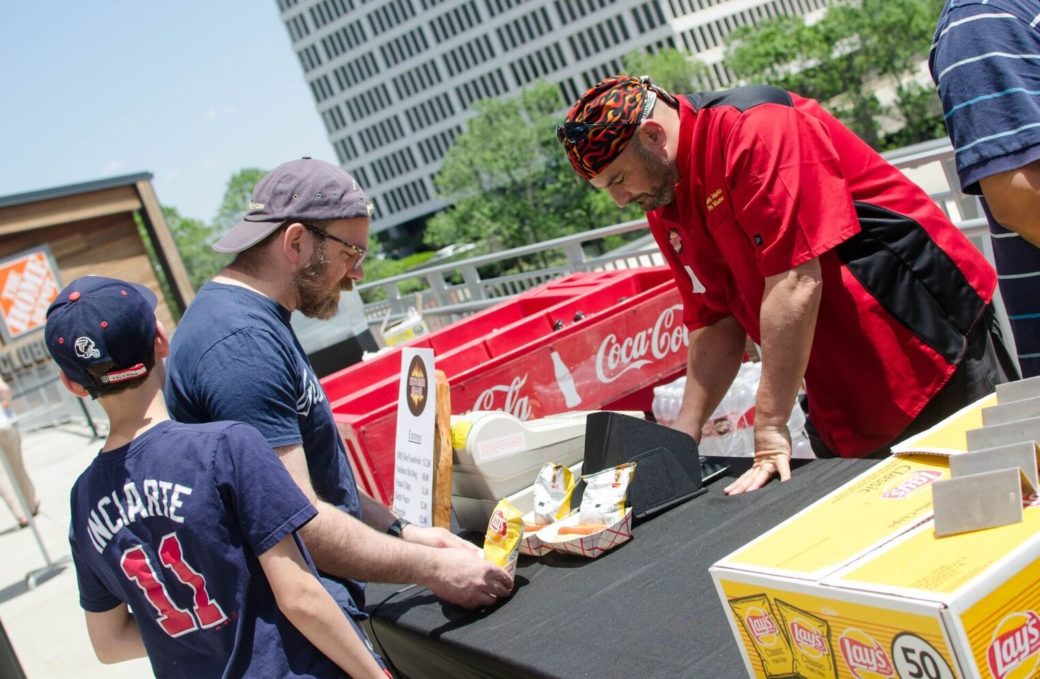 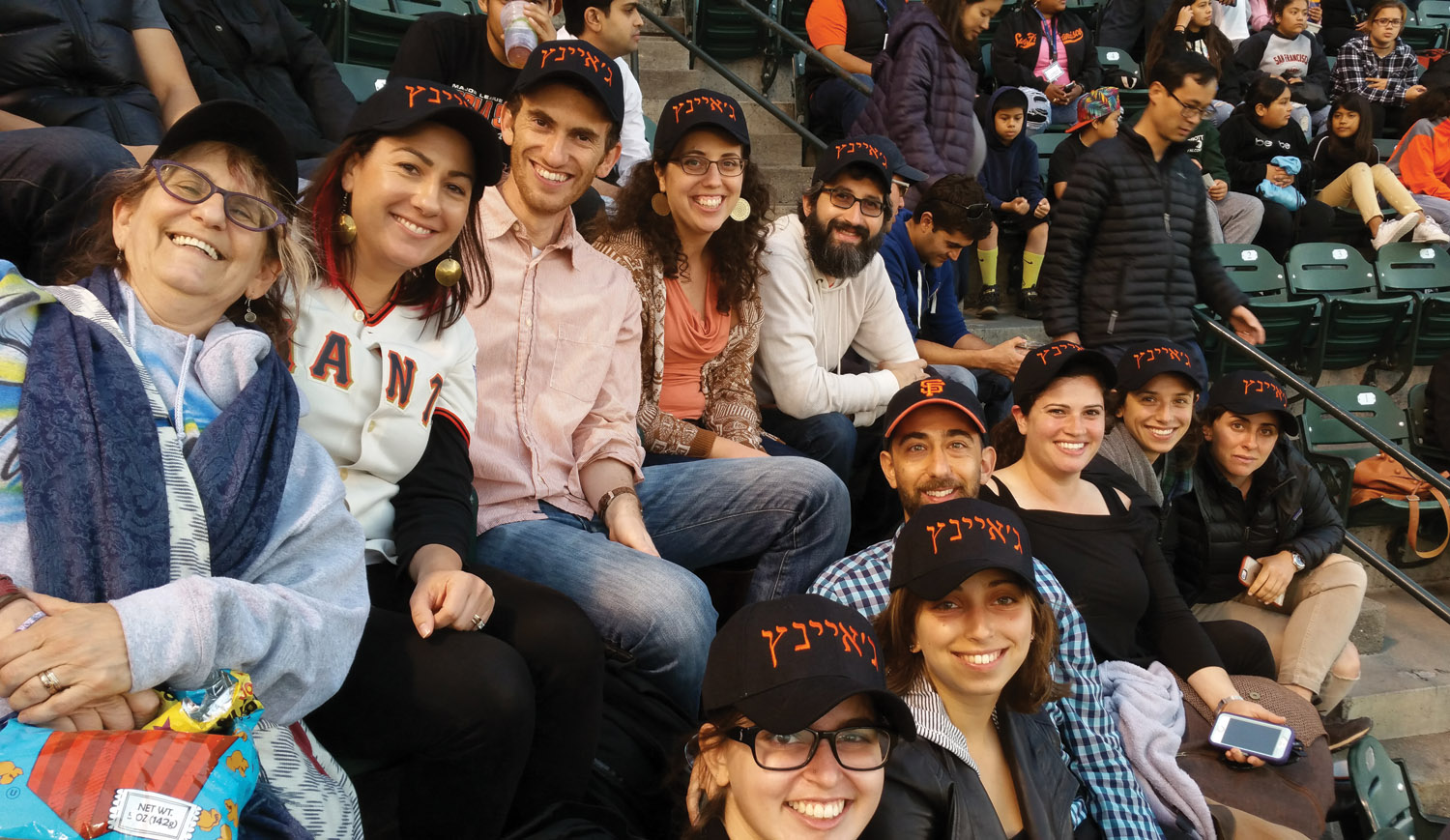