JCF guidelines don’t work for us

We both have deep roots within several Jewish communities. We also have deep connections to Israel through friends, family and from our many visits to Israel.

We have been board members and presidents of local Jewish organizations and have worked within the framework of the S.F.-based Jewish Community Federation, which has served our community well as an umbrella organization.

I (Jane) personally have deep roots to Jewish communal life as the child of a JCC and a Jewish federation director. My father, William Kahn, directed the St. Louis and Denver JCCs, and the Pittsburgh, St. Louis and New York Jewish federations. He was also engaged in the compelling social issues of his times, including civil rights and racial integration (which was an issue within Jewish agencies), the Vietnam War and Israeli issues, including the integration of immigrants from Arab and Ethiopian communities. Among his strong Jewish and American values were inclusion, open dialogue and engagement, and he often spoke to me about the importance of being a role model and leader as a Jewish executive. He was not alone in his generation of Jewish communal professionals, many of whom marched alongside the Rev. Martin Luther King. But there were also many Jewish professionals who did not participate or speak up, and let history pass them by.

This year we learned to our great disappointment that we were unable to make donations through our JCF donor-advised philanthropic fund to certain organizations that we support because of a policy that was passed in reaction to controversy at the 2009 San Francisco Jewish Film Festival; the policy was enacted after we had created our own fund.

The organizations that we attempted to fund are 501(c)(3) organizations approved by the IRS. One, the American Friends Service Committee (the Quakers), has received a Nobel Peace Prize for its efforts to rescue Jews during World War II and continues to work tirelessly on behalf of prisoners, an issue that we are also involved with personally and professionally. Some of its work also concerns human rights of Palestinians and includes advocacy of divestment of corporations  active in the occupied territories. After we were told that our request to donate our funds was denied, we requested and received JCF’s policy.

That policy states, in part, that the JCF will not … “Endorse or promote anti-Semitism, other forms of bigotry, violence or other extremist views; actively seek to proselytize Jews away from Judaism; advocate for, or endorse, undermining the legitimacy of Israel as a secure independent, democratic Jewish state, including through participation in the boycott, divestment and sanctions (BDS) movement, in whole or part.”

We also have received from JCF a list of many of the organizations that have been funded by other donor-advised funds without restriction. One of the organizations, the Hebron Fund, was highlighted in early December 2015 in a Haaretz article because it has paid the monthly salary of Menachem Livni, who was convicted of murdering three Palestinian students and severely injuring two Palestinian mayors. The application of the JCF policy to philanthropic giving appears inconsistent as it allows for funding of an organization, like the Hebron Fund, which endorses bigotry and extremist views, while denying our request. Despite our request for explanation regarding how these decisions are made, no clear standards were provided to us.

Pam Geller, the founder of the American Freedom Defense Initiative, according to the ADL, “has waged an anti-Muslim campaign for years by holding controversial events such as the ‘Draw Muhammad’ contest, placing anti-Muslim ads on buses, and giving speeches claiming that Muslim immigrants pose a threat to the U.S.”

The Horowitz Center hosted Geert Wilders at its conference, described by the ADL in a recent letter to Congress as “one of the most notorious anti-Muslim bigots in the world … who calls for the closing down of Muslim schools and mosques.” Again, if a funding policy exists that limits granting, it must be rigorously applied to all organizations.

We agree that federation can make its own funding decisions with community resources. Likewise, we are entitled to make our own decisions regarding our philanthropic-giving using donor-advised funds that were established by federation without any “political restrictions” on our giving. We are confident that as a result of our history, our experiences, our deep commitment to Israel and to social justice issues, that we will make contributions that are consistent with the JCF guidelines to support the legitimacy of Israel as a secure independent democratic state.

We disagree strongly, however, with the manner in which the JCF guidelines are being applied, and for these reasons, we have withdrawn our donor-advised funds from JCF to send a message to the federation’s leadership that it must revisit the guidelines. Bay Area Jews who support democracy, freedom and human rights in Israel should not be told they are “outside the tent” of our Jewish community.

Response from Danny Grossman, CEO of the S.F.-based federation

Our fundamental mission at the federation is to support the diverse range of Jewish community and life. Our donor-advised fund program is a powerful part of this work, allowing donors to achieve targeted impact in the world — sometimes directed to the Jewish community and sometimes to the broader world, but always through a Jewish portal. We deeply regret that the authors have moved their donor-advised fund from the federation. They are valued leaders and members of the community and we hope to continue our dialogue about the very important intersection of grant making and politics.

The funding guidelines that we adopted several years ago are our community’s sincere and hard-won consensus on ensuring a safe space for a broad range of responsible views from left to right. These guidelines have succeeded in expanding our tent and nurturing constructive debate and discourse, and have been widely welcomed in our community after polarizing events threatened to stifle both.

Consistent with our core values, our federation funds a spectrum of organizations that sustain and grow our community through their diverse perspectives, affirming the inclusivity that is vital to a strong, dynamic Jewish community. But the federation does not fund organizations that endorse or promote anti-Semitism, bigotry, violence or other extremist views; or that support the BDS movement, which seeks to delegitimize the Jewish, democratic state of Israel. We take our responsibility to strengthen — and not destabilize — Israel very seriously. The two groups for which the recommended grants were flagged — the American Friends Service Committee and Jewish Voice for Peace — are both active supporters of the BDS campaign.

Each year, the federation administers an average of 8,000 grants of every variety through donor-advised funds. In the six years since we enacted our grant-making guidelines, a total of seven grant recommendations have been denied related to that policy (that’s to say: seven grants out of a total of 48,000). We pride ourselves on our relationships with donors representing many different perspectives, and in providing a portal for an extraordinary array of causes. We will continue to dedicate ourselves to strengthening those relationships and opportunities for our community.

J. covers our community better than any other source and provides news you can't find elsewhere. Support local Jewish journalism and give to J. today. Your donation will help J. survive and thrive!
Support J.
Michael Bien & Jane Kahn

Jane Kahn and Michael Bien have been San Francisco residents since 1980. They are both lawyers active in civil rights and criminal justice reform. Their three sons are graduates of Brandeis Hillel Day School and alumni of Camp Tawonga. 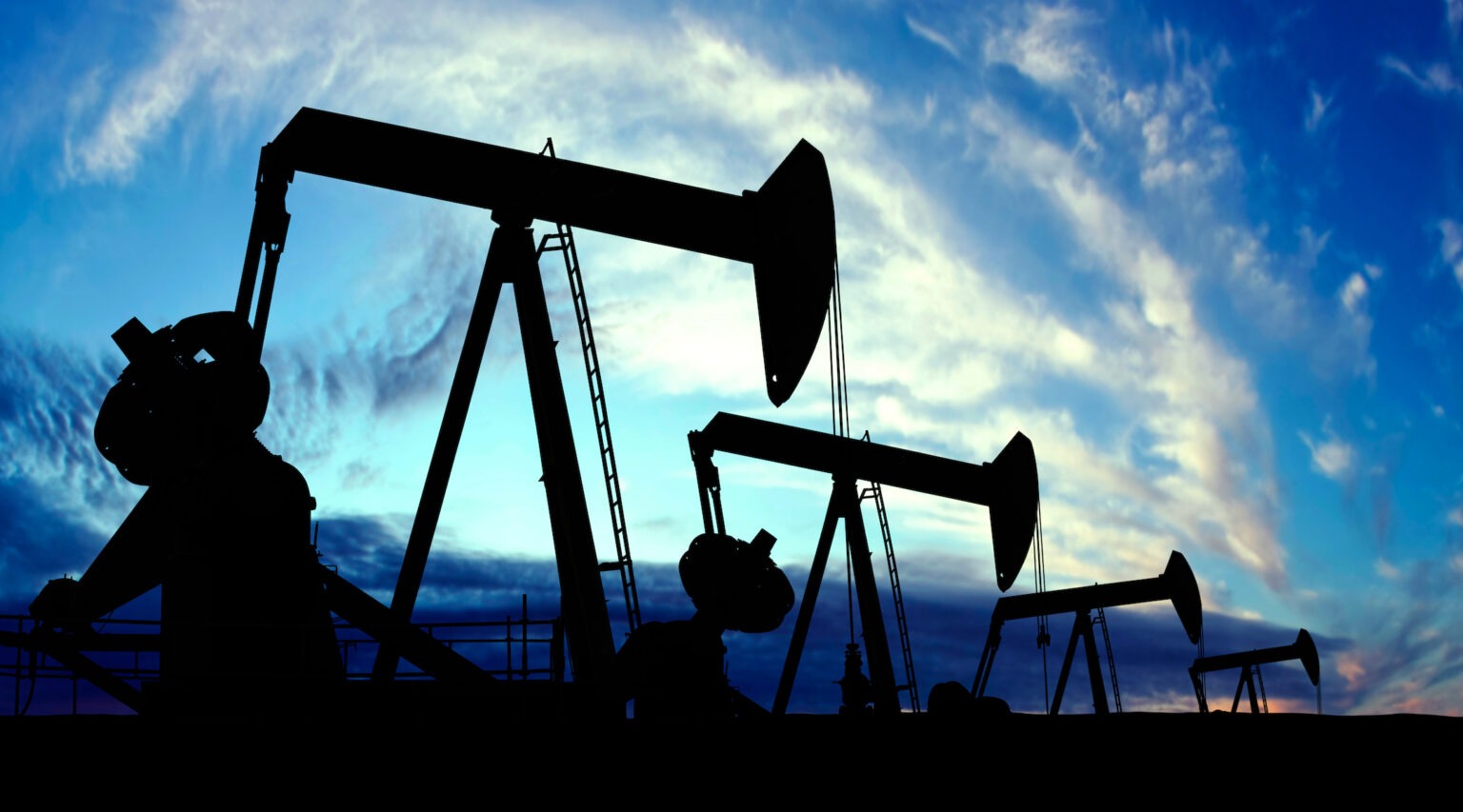 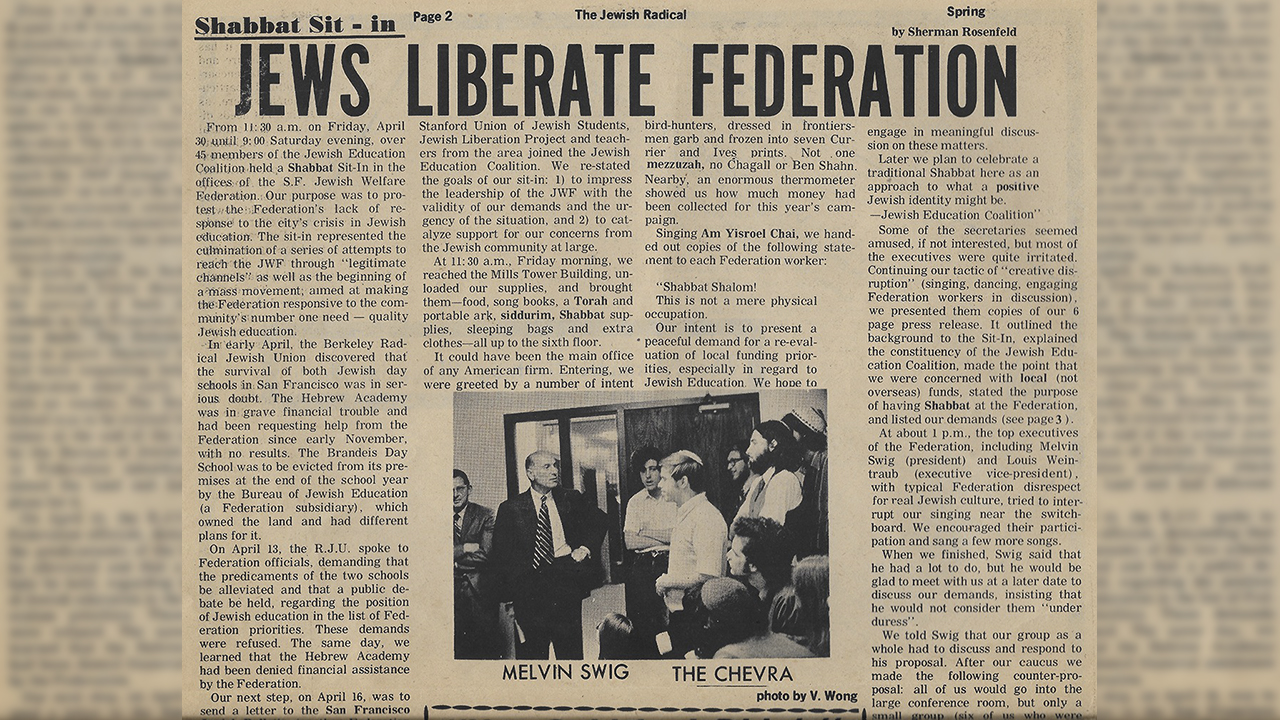