To hear Sassy Reuven tell it, crawling under the Mercedes sedan for a nap seemed like a fine course of action. While it might seem folly now, it’s hard to second-guess a decision made while flying 100 feet above the Red Sea in an Israeli military transport plane backed to the gills with commandos, two jeeps and one luxury car.

Reuven, then 21, was on the plane, and under the car, as a member of the elite Israel Defense Forces team tasked with flying to Entebbe, Uganda, and rescuing the hostages being held by Palestinian and German terrorists during the summer of 1976.

The plane was flying low to avoid radar detection from Israel’s hostile neighbors, Egypt and Saudi Arabia, but once it cleared the Red Sea the pilot was allowed to ascend to a normal cruising altitude. This meant trouble for Reuven, who was jammed with his gear under the car.

The Mercedes, which was intended as a copycat of Idi Amin’s official vehicle, was lined on the bottom with concrete so explosives couldn’t flip it over. When the plane hit air pockets on its ascent, the concrete came crashing down onto Reuven’s leg. Luckily, a paramedic was seated nearby.

“A normal person would go to the doctor right there,” Reuven told a rapt crowd of around 150 at the Masonic Center in Pleasanton on Feb. 28. “But I was so scared that he would tell me I couldn’t go [on the mission] that I just massaged it myself.”

He recovered enough to be the second soldier off the plane when it touched down at Entebbe Airport on July 4 in what would become a stunningly successful counterterrorism operation, one that would bring renewed optimism to an Israeli nation that recently had been stung by near defeat in the 1973 Yom Kippur War.

The event that had brought Reuven and 100 other Israeli operatives to that point came a week prior when Air France Flight 139, traveling from Tel Aviv to Paris, was hijacked by two Palestinians and two Germans, who diverted the flight to Libya and then on to Entebbe. In Uganda they separated the Jewish and Israeli passengers from the others.

The folklore around the raid on Entebbe is baked into the Israeli psyche, a near-impossible raid where only a single, heroic commander lost his life — Lt.-Col. Yoni Netanyahu, older brother of Israeli prime minister Benjamin Netanyahu — and all but three of more than 100 remaining hostages were rescued.

“This was the highlight of my life,” said Reuven, who was hosted by Chabad of the Tri-Valley. “The privilege … to show the whole world that we don’t throw Jews under the bus.”

This classic act of IDF bravery and heroism was not without its missteps, however, which Reuven briefly acknowledged. One Jewish hostage was killed when the commandos broke into the room where the hostages were being held.

“He was so excited. ‘Oh, thank God you are here,’ and he jumped to hug them and they thought he was a terrorist and they shot him,” Reuven said.

The hostage’s family members initially were informed that he died from an asthma attack, until they saw his bullet-ridden body. Two other Jewish hostages were killed during the operation.

Their stories were told in the 2013 documentary “To Live and Die at Entebbe” by filmmaker Eyal Boers. “We needed Entebbe to overcome the trauma of the Yom Kippur War. And there was no place for stories about friendly fire or collateral damage,” Boer told Tablet magazine when the film came out.

At the same time, “The Entebbe myth is a perfect one, made up of smarts, daring, self-sacrifice, dedication to the value of life and loyalty,” Boers told Tablet. “The mission wasn’t about revenge or aggression. It was pure and it represented the best national qualities that we can be proud of.”

Reuven, a civil engineer who now lives in Southern California, has been telling his Operation Entebbe story publically since 2013, after he joined Chabad. During his presentations he includes details that aren’t often in media accounts of the story — like the days he and his fellow soldiers spent before the operation waiting at an airstrip in central Israel, aware that a mission lay ahead but not yet knowing what it was, and subsisting on “a bucket of hard-boiled eggs, a bucket of pitas and a bucket of brown water that they called coffee.”

Though Operation Entebbe took place 40 years ago, the story of the rescue retains its potency, as evidenced by the captivated crowd at the Masonic Center. Reuven will return to the Bay Area June 23-27 for presentations in Novato, San Francisco, Redwood City and Vacaville. 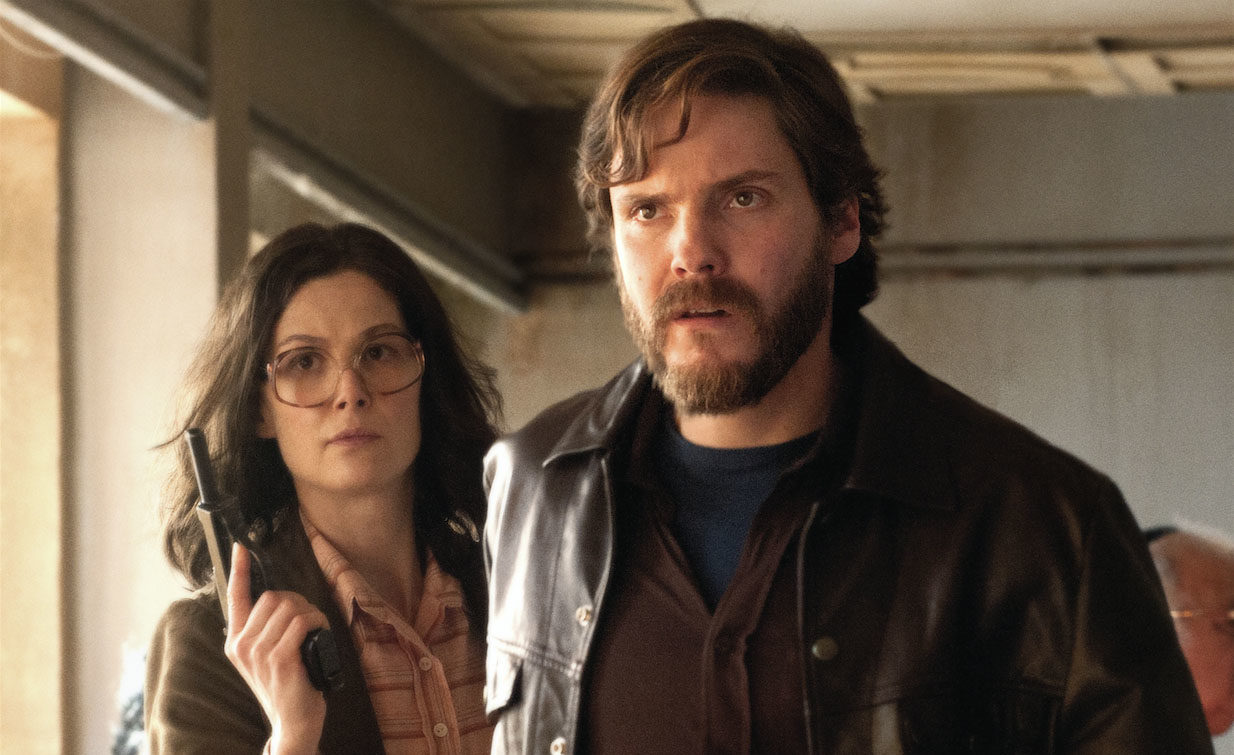