Hassidic-raised trans woman to speak about her journey

When the father of 19-year-old Srully Stein heard about his child’s atheism, he responded: “No matter what happens, no matter how you are, you are still my son.”

Given that Stein grew up in a Hassidic community in Brooklyn and was a 10th-generation descendant of the Baal Shem Tov, this was as much as Stein could have hoped for. While most who choose to leave the community are scorned, Stein continued to speak to Stein’s parents daily and was still welcomed home for holidays and simchas.

But a few years later, when Stein said announced plans to transition to living as a woman, the father replied, “You should know that this means I might not be able to talk to you ever again.”

Abby Stein came out publicly last November, which created a torrent of outrage in the ultra-Orthodox community and led to an avalanche of media coverage. Being the first openly transgender person to emerge from the Hassidic community made her a big story around the world.

And a pariah in the eyes of her father.

“When I told him that the attempted suicide rate for people of trans experience is high, in a society that still has problems accepting us, and I asked if he would prefer me dead, he said, ‘I am not going to [respond]’ —  this killed me internally,” Stein wrote on her blog, TheSecondTransition.blogspot.com.

“Finally,” she continued, “he said, ‘I will find a way to let you know what I decide,’ and for the first time in my life, he left me without even a handshake. That was the last time I heard from my parents.”

That exchange occurred five months ago, and Stein still hasn’t heard from them. A few weeks ago, she texted her parents a “Happy Purim” message and got no reply.

Stein, 24, will speak at Berkeley Hillel at 7 p.m. Thursday, April 14. Her appearance is co-sponsored by Hillel, the Jewish LGBT advocacy group Keshet and the U.C. Berkeley Jewish Student Union. The talk is free, but space is limited and advance registration is required.

Stein is the sixth of 13 children in her family, and the Yiddish inflection is obvious in her speech; it was her first language, and books in English were forbidden at home.

By age 18, Stein was married to a woman, and by 19, had become a father. But shortly after her son’s birth, Stein took her first steps to coming out: leaving the Hassidic community and getting a divorce. (She prefers not to talk about whether she has contact with her son.) Another step was getting help and support from Rabbi David Ingber of Romemu, the Jewish Renewal congregation in New York City. Ingber was there when Stein came out to her father.Stein said she prefers to be called a “woman of trans experience” because she feels that the term trans woman “sounds more like someone who identifies as a man at some point in their life, when I never did consciously at all.” Nonetheless, Stein had the same yeshiva experience as her peers growing up. She couldn’t know that she had what’s now known as gender dysphoria, since she didn’t know such a thing existed.

Stein is currently a second-year student at Columbia University, where she is majoring in women’s and gender studies with a concentration in political science. She also is speaking out as much as she can.

She is in touch with two of her siblings. “One is trying to be open-minded and one actually is,” she said.

Stein is grateful for the contact, since “it gives me an in in the family. I know when someone is born, for example.”

Stein started blogging when she first left the Hassidic world in 2012, but in Yiddish, because her English wasn’t yet good enough. Her blog is called “The Second Transition,” as her first was leaving her community.

When she began thinking about transitioning, she stayed anonymous on her blog and got 2,000 hits in four months. “A few people reached out,” she said. “They didn’t know who I was, but they were interested in similar issues and what we can do to help each other.”

While Stein said she had guessed there were others in a similar situation, it was validating to hear from them.

But one night last November, with a post called “I’m Coming Out,” she went public with her identity. By the next morning, she had 20,000 hits, and soon the New York Post was calling, followed by media outlets from around the world.

Stein, who had begun hormone replacement two months earlier, decided to start her own support group, and 25 people signed up. Most were fellow Hassids struggling with their sexuality or gender identity, Stein said. In December, they had their initial meet-up, with 12 people attending.

Stein said she believes strongly in speaking out, since the mainstream Jewish community has a long way to go in its awareness and understanding of transgender people. And the Hassidic community has even further to go, she added.

“They are being forced to face it, though,” said Stein, noting that even though ultra-Orthodox aren’t supposed to use the Internet, she speculates that at least half do. A photo of her dressed up as a Hassidic woman for Purim made the rounds among many people she grew up with, she said.

“If I would have known at 12 that [transitioning] even existed, even if it was spoken about negatively, that would have been positive,” she said. “I knew people could leave, even though they were always branded as drug addicts and criminals. But just knowing there are others is helpful.”

She added, “Of course, eventually, the goal is to make them more accepting of people of trans experience, and maybe in 20 years that will be possible in some way.” 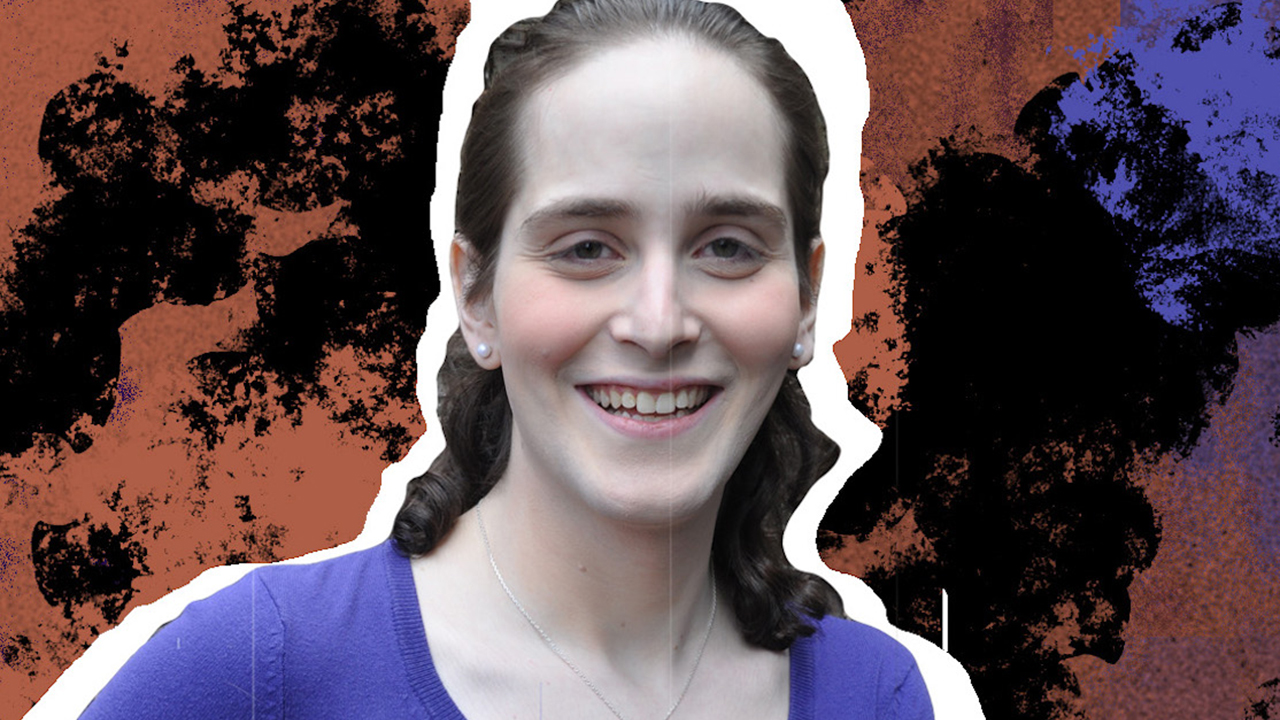