As children, they learned to fear a knock at the door, police roundups a few streets over, even a piercing look from a neighbor. When their parents gave them up — sometimes forever — to ensure their safety, they learned to forget their own names.

You wouldn’t know it to look at them now, as they chat and laugh over a potluck lunch at a home in Menlo Park. They compliment the person who made the kugel, rave about the egg salad and speak approvingly of the rain that falls in sheets outside.

The 24 people gathered on a recent Sunday afternoon are members of Bay Area Hidden Children. Founded 25 years ago, the group meets roughly every other month in members’ homes to eat lunch, to catch up on news and — sometimes — to talk about what they endured more than seven decades ago.

They were born in Holland, Germany, Poland, Austria, Belgium and France. They were children as the Nazis came to power and began deporting Jews in the countries they conquered. In the desperate attempt to save their lives, their parents arranged for them to be hidden in non-Jewish homes; some were sent to private homes, others to group homes. One escaped to Shanghai. Some were captured and sent to camps. All immigrated to the United States after the war.

Bay Area Hidden Children is one of 54 chapters listed on the website of the World Federation of Jewish Child Survivors of the Holocaust and Descendants. Twenty-nine of the chapters are in the United States; the rest are in 18 other countries, from Argentina to Lithuania to Israel.

The organization first convened in 1988, and word spread quickly. In 1991, Judy Kool, a social worker from Cupertino who had been hidden as a child, invited Menlo Park resident Jeannette Ringold to attend a meeting of the organization in New York City.

Ringold knew that her parents had sent her away from their home in Amsterdam when she was a toddler and that she had lived in nine different homes with “foster parents” before being reunited in 1945 with her aunt and uncle, Bram and Hanny Konijn. But she wasn’t interested in flying to New York to talk about it.

“Initially I said I was not going to this meeting, that it didn’t look very interesting,” said Ringold, 76. “But Judy convinced me and at the last minute I went. It was very moving.”

The four women who planned the meeting in New York had expected 400 people, but 1,600 showed up, from all over the world. When she returned home, Kool was inspired to organize the Bay Area Hidden Children group. After Kool died in 1996, Ringold took over as moderator, and today the group has 30 members.

In the early days, the meetings were primarily social. Some members had rarely spoken of their experiences before joining the group. “Now we’ve all told our stories several times, each time with a different understanding,” said Ringold. “There is still more to be said, and we encourage one another to talk.”

Every gathering starts with a potluck lunch; then Ringold starts the “formal” part of the meeting.

“Sometimes we talk about difficult subjects, such as how our parents must have felt giving us to strangers and how it felt when we saw our parents again — if we did,” Ringold said. “Though our stories all are different, I’m always surprised at how much we have in common.”

Ringold works as a literary translator. Currently, she is translating a scholarly work about Anne Frank. “Unfortunately, I have translated more than my share of war stories, but that can’t always be helped,” she said.

“I don’t understand why my parents and more than 100 people in my immediate family had to be killed, but I don’t think about my own story all the time, because it’s an unthinkable story, a horrible story. Otherwise I couldn’t live. Instead, we do the best we can, make the most of our lives.”

“We all have been scarred by our experiences, one way or another,” said Herb Barasch, 79, also of Menlo Park. “But we’re comfortable with each other, and if someone needs to talk, this is the place to be. It’s a healing group.”

Barasch joined the group after reading an article about it in a Bay Area newspaper in 1991. The retired owner of an appliance store in San Francisco, he is a member of Congregation Beth Jacob in Redwood City.

Born in Vienna, Barasch moved in 1938 with his family to live with relatives in Antwerp, Belgium. His parents were sent to a work camp where they mined coal. In 1941, Barasch’s father got a job working for the Germans in the hope of guaranteeing that the family would be safe from arrest.

They were not safe enough, so Barasch’s parents made arrangements to hide their son. First he lived in a Catholic orphanage outside Brussels, and later was moved several times. His parents hid in a basement. When the war ended, almost miraculously the family was reunited.

“It wasn’t something I wanted to share until I had accepted what happened,” he said. “My children were understanding, but in our family, we do not dwell on this. As survivors, we are so fortunate to have come to this country, to have a new life, to live free from fear.”

Barasch opened up in 1990, for the Bay Area Holocaust Oral History Project, then a year later told his grown sons the full story. Joining the Bay Area Hidden Children group helped give him the strength to go into details about how he survived the Holocaust.

Like some other members of the group, Barasch has reconnected with the people who helped transport him or housed him as a child. In the early 1990s, Barasch traveled to Belgium to meet Andree Geulen Herscovici, a former member of the Jewish Defense Committee in that country.

“Andree told me she was the woman who took me from my parents to arrange for me to be hidden,” Barasch said. “She remembered my mother.”

In 1996, Herscovici visited Barasch and his mother in San Francisco. A reporter and camera crew from “Inside Edition” accompanied her to record the reunion.

Another connection with Barasch’s past surfaced more recently. Two months ago, J. published an archival story from 1950 about a boy hidden by monks during the Holocaust who had just celebrated his bar mitzvah in San Francisco as a postwar refugee (www.jweekly.com/article/full/76761).

Barasch was that boy. He picked up the phone and called the J. newsroom, alerting J.’s editors to the existence of the Hidden Children group.

Sylvia Wildmann also is a member of Beth Jacob and lives in Menlo Park. Unlike Barasch, who became a practicing Catholic while living with the monks and only later returned to Judaism, Wildmann, 85, always knew she was Jewish and she was proud of that.

She also is proud of her children and grandchildren, and recently traveled with them to Château de Belœil in Belgium, one of several places she was hidden during the war.

Wildmann met Kool and Ringold at the meeting in New York City in 1991, where they heard many former hidden children speak of how their wartime experiences had adversely affected their lives. The three women agreed that the ideal local group would be for happy people, people with a sense of humor, people grateful to be alive.

To this day, Wildmann remains grateful that she was the “right” age as a child in Leipzig, Germany — “not too young to forget but old enough to be aware of my Jewish identity.” She is also grateful for the Belgian families who risked their own lives to save the lives of others, and that she was reunited with her family in 1944.

In a book of stories compiled by Bay Area Hidden Children members, Wildmann wrote, “Long before it was fashionable, I taught my children that if I survived the war, it was thanks to people’s goodness and kindness.”

The kindness of the group’s members is what convinced Hans Angress to join. “I like the people, and I try never to miss a meeting,” he said. Angress, 88, lives in Cotati and attends Congregation Shomrei Torah. Now retired, he worked in real estate, property management and as a dairy farmer.

Born in Berlin, Angress fled with his family to London in 1937 and then settled in Amsterdam a year later. “It was a paradise,” Angress wrote in the group’s book of stories. “I had the only two normal years of my youth there and made friendships that continue to this day.”

Angress’ father was arrested a year after the Nazis invaded Holland in May 1940, and later killed at Auschwitz. Angress managed to survive a series of roundups until the summer of 1943, when his family learned that all Jews in Amsterdam were to be deported. They immediately split up and went into hiding. Angress lived with a couple involved in the Dutch underground, and was reunited with his family 18 months later.

Because of his history, Angress said he is very aware of injustice and strongly believes in the power of individual action. He likes to quote the late tennis player Arthur Ashe, who said, “Start where you are. Use what you have. Do what you can.”

Like many members of Bay Area Hidden Children, Angress accepts public speaking engagements, especially in schools. “I want to raise students’ awareness that genocides will probably continue to happen and to encourage tolerance of ‘the other,’” Angress said.

Ringold also spoke of the importance of tolerance. “When I see Syrian refugees on television, fleeing to Europe with their families, I know they are taking their children out of harm’s way, to a place where they might survive,” she said.

“You don’t take your children on trips like that unless you feel that you have to.” 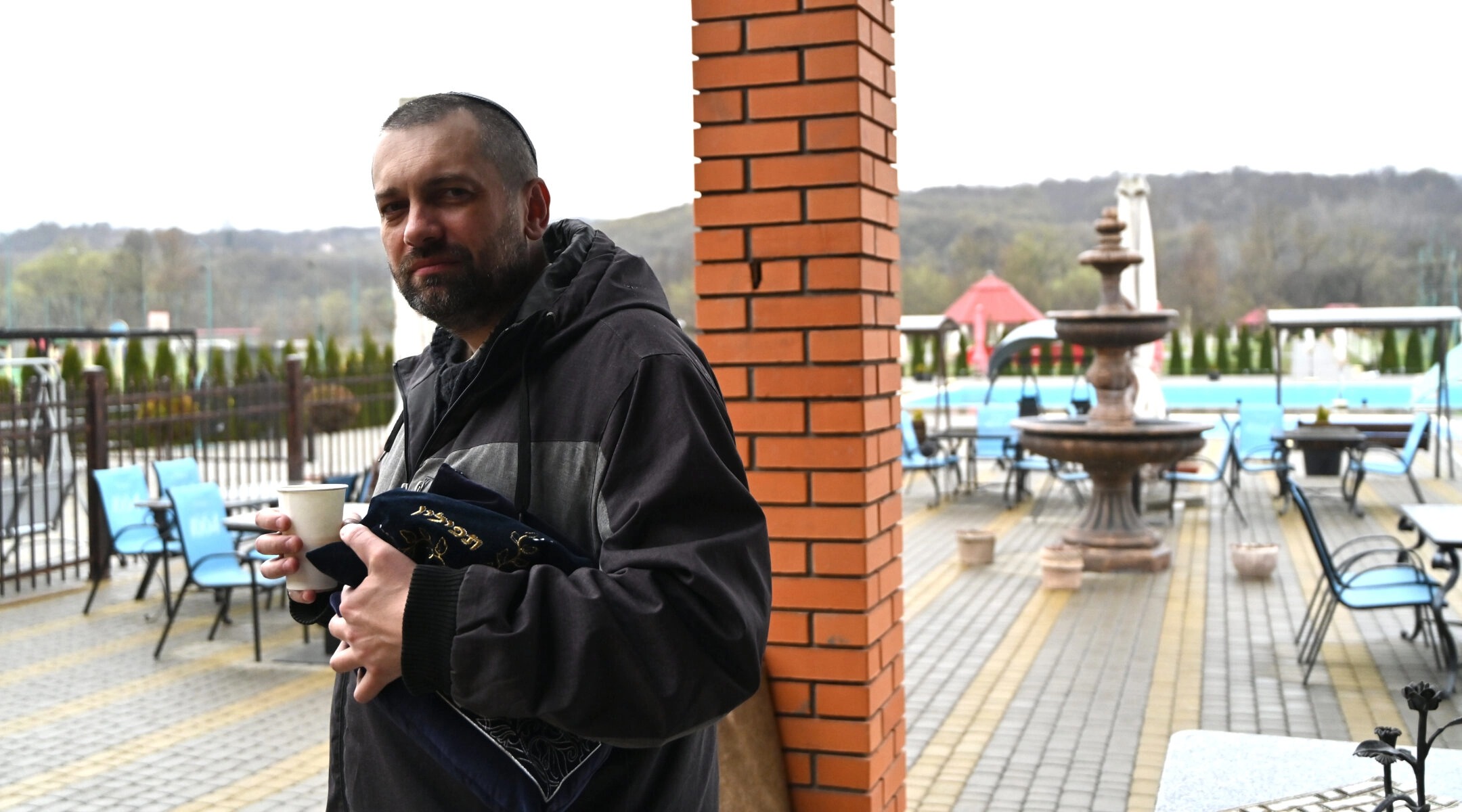 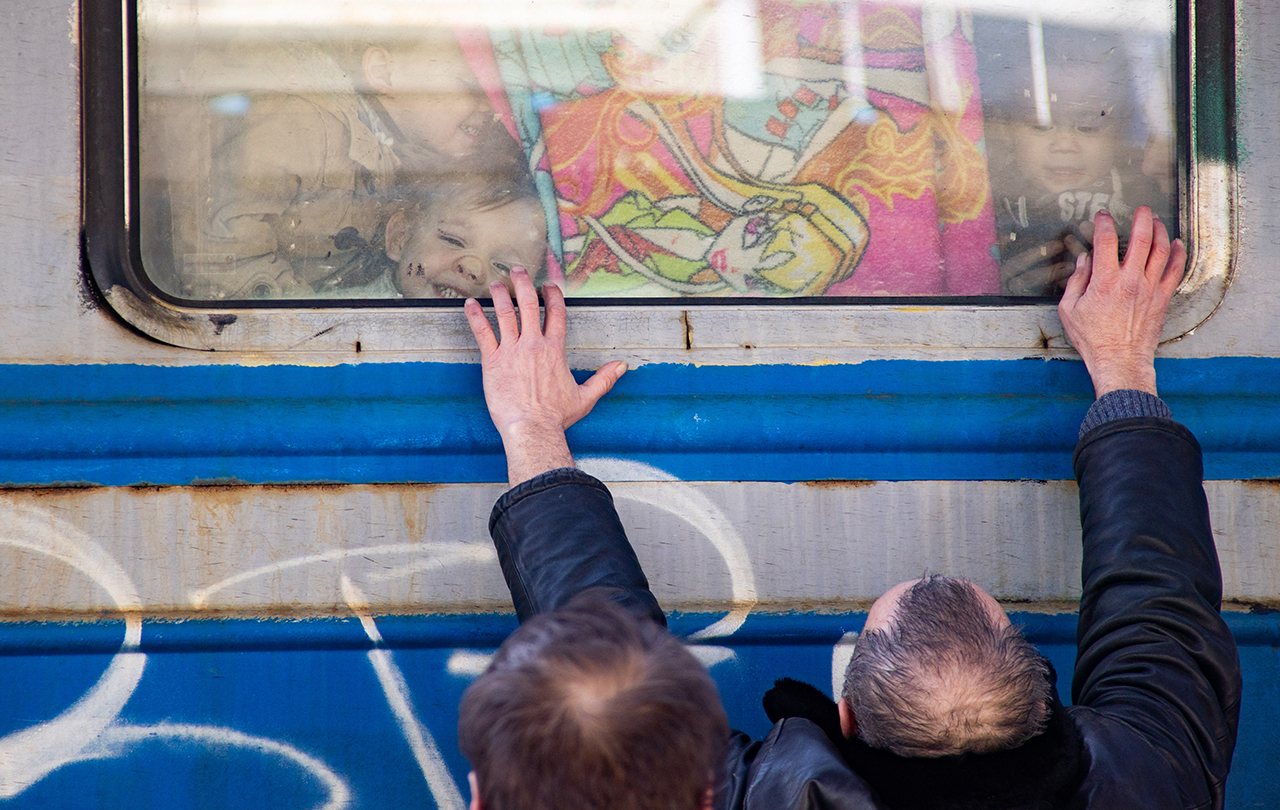