This Pictures at an Exhibition packs Israeli punch

Russian composer Modest Mussorgsky wrote “Pictures at an Exhibition” for the piano in 1874. Maurice Ravel’s orchestration in 1922 turned it into one of music’s most familiar works. Emerson, Lake and Palmer transformed it into a rock album in 1971, and there have been arrangements for everything from glass harp to drum-and-bugle corps.

Now comes Israeli composer Yaron Gottfried’s version for jazz trio and orchestra, which he will perform with the San Jose Youth Symphony on June 10.

“I have a bigger agenda of bringing together classical music and jazz,” said Gottfried, the son of jazz pianist Dan Gottfried, founder of the Red Sea Jazz Festival three decades ago. “Jazz was always around me — it was like a second language — but most of my studies were classical. I realized I could bring everything I loved onto one stage, that’s why this is so satisfying to me.”

Gottfried’s re-orchestration of Mussorgsky’s 10-movement suite is the centerpiece of a season-ending concert by the 105-member San Jose Youth Symphony that also includes works by Russian composers Dmitri Shostakovich, Georgy Sviridov and Valery Gavrilin. Though Gottfried’s work has been performed in Israel, China, Europe and the United States, this will be its first performance by a youth orchestra.

Yair Samet, the orchestra’s conductor and music director, said Gottfried’s remake of Mussorgsky’s masterwork is all about “the use of so many different colors, a whole new flavor,” and is another tool in the continuing effort to attract new audiences unfamiliar with orchestral music.

“To me as the conductor, I’m a huge fan of fusion of styles,” said Samet, who was born in Jerusalem and made his professional conducting debut in his early 20s with the Rishon LeZion Symphony Orchestra. “I like to mix these kinds of things. People need to understand all music stems from the same elements, the same rhythms and melodies.”

Gottfried, 47, and Samet, 52, first met some three decades ago at a conducting seminar in Israel. They have remained close ever since, but this will be the first time they have worked together. Samet saw a Facebook post a few years ago from Gottfried discussing his “Pictures at an Exhibition — Remake.” After he heard a recording, and after Gottfried was satisfied that a youth orchestra could handle it, the two agreed to collaborate.

Gottfried, who will play piano in the jazz trio, said in a Skype call from his home in Kfar Saba, Israel, that he was introduced to Mussorgsky’s work as a young pianist but really started appreciating it when he conducted the orchestrated version. Mussorgsky wrote the original in homage to an exhibition of paintings by his friend, Viktor Hartmann; 138 years later, Gottfried debuted his remake in Tel Aviv.

“Mussorgsky is so authentic. He is not trying to be nice,” Gottfried said. “Every movement has its own feeling.”

Gottfried’s score includes unusual percussion instruments such as an agogo, a small bell usually used in African or Latin music. His instrumentation led the San Jose Youth Symphony to buy a vibraphone, and has required other financial commitments from the group — such as bringing in the far-flung members of the trio. Bassist Dave Captein lives in Portland and Tel Aviv-born drummer Yonatan Oleiski in New York.

It also has required a commitment from Samet and his musicians, most of whom are well-versed in classical fundamentals but not in jazz. Samet and the orchestra performed the Ravel version of “Pictures at an Exhibition” while on a 1999 summer tour of central Europe, but Gottfried’s remake poses new challenges. Samet and Gottfried discussed some tricky rhythmic parts during the Skype call.

“I think for the youth orchestra, we are training them in the classical mode where everything is spelled out,” Samet said in an interview at the orchestra’s San Jose office. “This, you have to let go sound-wise and timing-wise.”

For Samet, who has led the orchestra since 1994, the collaboration is special because he’s finally working with a longtime friend. And he said it will be a good cultural experience for his musicians, mostly Korean Americans and other Asian American students, to work with his fellow Israeli. The musicians range in age from 14 to 19.

“I think it will be pretty nice for them to work with another Israeli and see another take on that country,” Samet said. “If I wasn’t working with this youth orchestra, probably they wouldn’t know much about Israel.” 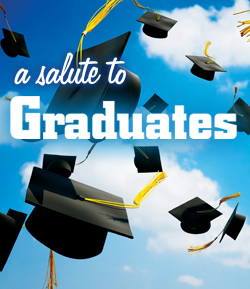