Shoshana Winograd-Hutner Ohriner was the type of student who garnished school assignments with food. Like the time she made a tres leches cake to share with her Spanish class in high school. Or when, in a college course about Jews, Christians and Muslims in the Iberian Peninsula, she brought in a classic Jewish dish from that period.

Ohriner’s capstone project at Brown University, where she majored in ethnic studies, was looking at Jewish foods from around the world and how they reflect the immigrant experience. Her passion for food continued after college when she started a cake-making business.

But the demands of the business got to be too much, Ohriner said, and she had to put it aside to focus on her postgrad studies — in rabbinical school.

Ohriner, 35, is a Conservative rabbi. She also happens to be married to one, Philip Ohriner, senior rabbi at Saratoga’s Congregation Beth David. They have three young sons, so her only rabbinical duty for the moment is leading the synagogue’s tot service.

Ohriner grew up in Palo Alto, attending Congregation Kol Emeth. She decided she wanted to be a rabbi at 14. “I couldn’t imagine doing anything else,” she said. She also kept up her interest in cooking and baking, which started around the same age. When she was attending rabbinical school full time she took evening classes in pastry and candy making.

After Ohriner let go of her cake business, she started her first blog in 2007. Couldn’t Be Parve (www.couldntbeparve.com) focuses on parve desserts, which contain no dairy and which, she is the first to admit, do not have the best reputation.

“People will say ‘This is good for a parve dessert,’ but that wasn’t enough for me,” said Ohriner. “I wanted it to be ‘This is good,’ end of sentence. There are a lot of creative things you can do that are not poor substitutions.”

Early on, Ohriner had a stealthy way of testing her desserts, serving them after a dairy meal so people would assume they contained dairy. If anyone was surprised to learn that the dessert was parve, she’d know she had succeeded.

Ohriner also had another goal beyond good taste. She wanted her desserts to be healthier than typical parve desserts, many of which use margarine with transfats or a heavy-cream substitute called Rich Whip, which includes high fructose corn syrup, among other unhealthy dairy substitutes.

“They taste terrible and they’re full of unpronounceable ingredients,” she said.

What kosher bakers need to keep in mind, though, is that there is no one answer to “What’s the best substitute for …?” It depends on what you’re making, Ohriner noted, so a ganache and a cake, for instance, might require two different products.

Ohriner is drawn to baking for many reasons, but a big one is that she enjoys the science behind it. When figuring out the best nondairy substitute for a recipe, she researches the makeup of the product first.

“I take a chemist’s perspective and look at the percentage of water, fat and protein in the original product and figure out how to replicate that. Sometimes I exchange water and oil for whole milk because that will work with the chemistry of the recipe,” she said. Depending on what it’s being used for, Ohriner’s favorite substitutes for heavy cream are coconut milk and cashew milk. For a custard or ice cream, she prefers cashew milk.

Ohriner started her second blog, Paleo Kosher Kitchen (www.paleokosherkitchen.com), two years ago when she realized it was time to step things up a bit.

“I hit a point in my cooking where I needed to feed people more than cookies. But I still love that creative outlet of sharing my recipes,” she said. “On a Tuesday evening, I won’t be making a cheesecake anymore, but I’ll be making a quick and easy chicken recipe and wanted to be able to share that.”

Ohriner said the Paleo diet, which eschews most grains and dairy, seems to suit her family, and in general it’s pretty complementary to a kosher diet, except in one major way: It tends to include a lot of bacon. But that doesn’t deter Ohriner. “While I skip the recipes that are entirely made of bacon,” she said, “I can throw in a little salami or use lamb bacon.”

Her Rainbow Fruit Tart, which makes excellent use of summer fruit, can be found below.

SMALL BITES: Winemaker Eric Cohen, whose Justice Grace Vineyards is located in Sonoma County, is no stranger to putting his politics on his labels. Last year, he began a “label series of compassion,” adding “We are: Immigrants” to each bottle of his Solidarity wine to call attention to the plight of people around the world. Coming out soon will be “We are: Palestinians” and “We are: Transgender,” with some proceeds going to support a related cause. In the case of the Palestinian bottle, the money will go to the Hand in Hand schools, where Jewish and Arab children learn side by side, and the Middle East Children’s Alliance.

“I am trying to remind us of our shared humanity, and celebrate rather than demonize those among us who are suffering,” said Cohen.

San Jose’s Pars Kosher Market is opening a deli department, featuring hot and cold sandwiches and meals for takeout. The market, which opened in 2012, is owned by an Israeli Persian couple, Rami and Nadia Haluyan. The market address is 3978 S. Bascom Ave., San Jose, (408) 340-5443.

Zev Padway, who made aliyah in 2010, was active with many Berkeley communities, including the Beit Midrash, Chabad and Congregation Beth Israel. The café, located at 5 Kikar HaMaginim, is in partnership with Chabad of Tsfat.

3-4 cups assorted fruit in rainbow colors (you will need more of the red, orange and yellow than the other colors)

Preheat the oven to 350 degrees.

Roll out the pastry dough between two lightly floured pieces of parchment paper into a 12-inch circle about 1/4-inch thick. Peel off the top piece of parchment and carefully invert the crust into a 10-inch tart pan with a removable bottom. If it breaks during this process, simply press the pieces back together in the pan. Trim the top edges flush with the top of the pan. Cover the crust with foil and fill it with pie weights (I usually just use raw rice or beans).

Remove the crust from the oven and allow it to cool completely.

Spoon the chilled pastry cream into the prepared crust.

Thinly slice any of the fruit that needs slicing (like mangos or kiwi) into uniform slices.

Starting with red, line the fruit neatly around the outside of the tart. Continue working in rainbow order, making concentric circles of fruit until you finish with purple in the middle.

Place the apricot jam in a small sauce pan and melt over low heat. Carefully brush the melted jam over the fruit to create a shiny glaze.

Make ahead directions: The pastry cream can be made up to three days in advance. The crust can be made one day ahead and stored well covered at room temperature. The tart can be assembled up to eight hours before serving, but no more than that or it will be soggy.

Place a fine-mesh strainer over a large bowl and set aside.

Place the coconut milk, water and salt in a medium saucepan and bring to a boil over medium heat.

In a large mixing bowl, whisk the sugar, cornstarch and eggs until smooth. Slowly pour the milk mixture into the egg mixture while whisking constantly. Return the mixture to the saucepan. Cook over medium heat, whisking constantly, until the custard thickens.

Remove from heat and pour through the strainer into the bowl. Let cool for 10 minutes and then incorporate the margarine, one tablespoon at a time, whisking gently just until smooth.

Cover the surface with plastic wrap, directly touching the cream, let it cool completely in the refrigerator.

*If making this recipe with unsalted margarine instead of the Buttery Sticks, increase the salt to 1/2 tsp.

Place the flour, salt and sugar in the bowl of a food processer fit with a metal blade and pulse to combine.

Add the Buttery Sticks and pulse until the mixture resembles a coarse meal. (There should be pieces of margarine the size of peas and some slightly larger pieces as well). Add the egg yolk and process until the egg yolk is combined and the dough just starts to come together.

Place the dough on a piece of plastic wrap and flatten the dough into a disk one inch thick. Wrap well and refrigerate for one hour. (If you are in a real hurry you can freeze it for 15 minutes.) The dough can be kept refrigerated for up to five days or frozen, well wrapped, for up to a month.

When you are ready to use the dough, remove it from the refrigerator and transfer to a lightly floured piece of parchment paper. Top with an additional sheet of parchment and roll out to 1/4-inch thick. Peel off the top piece of parchment, place the pie pan upside down over the circle of dough, and invert the pan and parchment with dough. Peel off parchment and settle the dough into the pan. (If it cracks a bit, just use your fingers to press the dough back together. You can also use extra dough to patch holes if necessary.) Trim the edges, bake and fill according to the recipe instructions for the pie you are making. 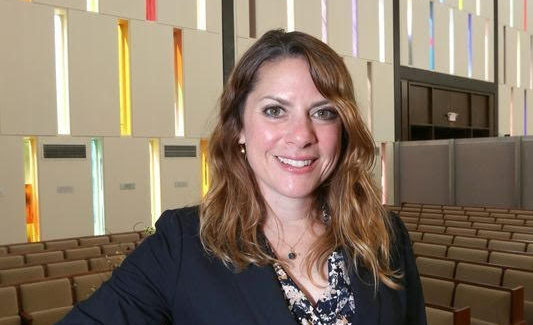 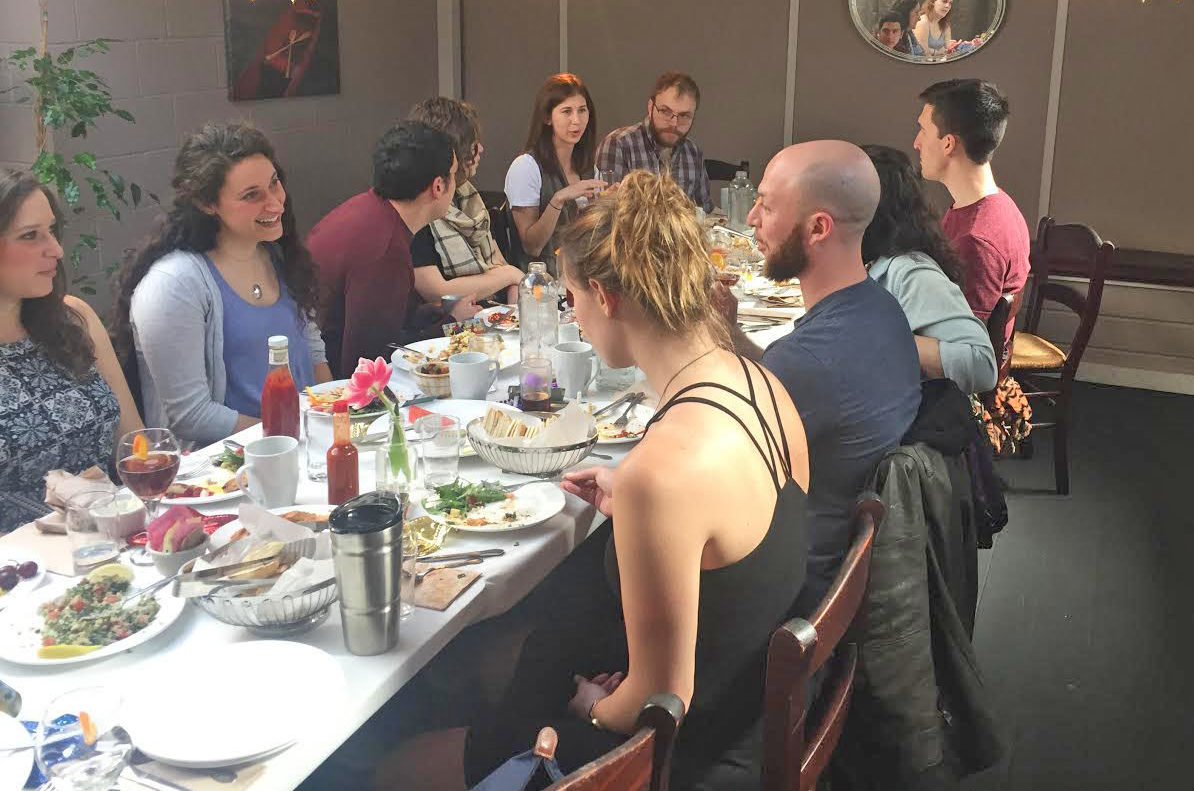