Every Saturday night at the close of Shabbat, campers at Camp Ramah in Northern California gathered on the Monterey beach for Havdalah. After singing the prayers in the darkness, the staff turned on the lights and cranked up Israeli dance music. With the sounds of Hebrew lyrics pounding in their ears, the campers danced on the sand.

“It almost feels like we’re in Tel Aviv,” said camp director Sarah Shulman. “It’s so fun, and that’s what Hebrew culture should be.”

Sounds of the ocean and the waves provided a backdrop to life at Camp Ramah this summer, the camp’s inaugural year. But another important auditory element of camp life, Shulman said, was Hebrew.

Summer camps “transmit a love of Hebrew” to kids.

“You will encounter an interesting soundscape which will include a lot of Hebrew — announcements, songs, prayers, places, words, conversations,” Shulman said. “Ultimately, we’re creating a Hebrew culture. We really transmit a love of Hebrew to our entire camp community.”

Camp Ramah — like the Bay Area’s other Jewish summer camps, Camp Tawonga and Camp Newman — is not a Hebrew immersion program. But Ramah integrates Hebrew words, music and phrases into daily life as a way to transmit Jewish learning and create connection to Israel and Jewish culture. That approach is common at most Jewish summer camps in the U.S., according to a recently published report from Brandeis University, “Connection, not Proficiency: Survey of Hebrew at North American Jewish Summer Camps.”

“In its varying forms, Hebrew infusion at camp blends creativity with decades of tradition, resulting in deeply meaningful experiences for learners,” Sarah Bunin Benor, who co-authored the report, said in a news release.

Interviews with leaders of the Bay Area’s Jewish summer camps affirmed that each hires Israeli staff and uses Hebrew words and phrases to refer to camp activities and locations. The camps focus not on building Hebrew speaking skills so much as on strengthening campers’ Jewish identities.

“We give a sense of living on Jewish time and living in Jewish space, and I think Hebrew helps with both of those things,” said Rabbi Allie Fischman, associate camp director at URJ Camp Newman in Santa Rosa. “We say boker tov and laila tov and everything on our schedule has a name in Hebrew … We have somewhere between 30 and 35 Israeli staff members. Using Hebrew is one of the ways that we connect our everyday camp schedule to the fact that there’s other people at camp who speak Hebrew fluently.”

Having young, charismatic counselors who model Jewish identity is the “secret sauce” of Jewish summer camp, Shulman said, and when those counselors are Israeli, it creates a positive connection to Hebrew learning and to Israel.

“It really comes down to the idea of connection. Hebrew is one of the ways we express our value at camp of love of Israel: eretz Yisrael, the land, and am Yisrael, the people,” Shulman said. “Hebrew is one of the cornerstones for what has really kept the Jewish people alive and connected. So a camper can learn a Hebrew prayer and then can walk into any synagogue anywhere in the world and be able to recite the Barchu … It connects us to each other, it connects us to Israel, it connects us to being Jewish. It’s the glue that we use.”

Camp Ramah in Northern California is part of the Ramah Camping Movement, a network of Conservative summer camps in Canada, Israel and the U.S. Ramah is one of four camp movements noted in the study for integrating a higher level of Hebrew than other camps. Shulman said the Monterey camp focuses on using Hebrew words and phrases, especially during mealtime announcements, such as “after lunch we have rest hour.” Staff use what Shulman calls the “sandwich method”: they say a phrase in English, then Hebrew, then English again.

By the time campers head home, they are accustomed to hearing and using Hebrew in everyday life.

“Kids informally absorb a lot of Hebrew, and when you’re living in an intentional Jewish space it just becomes really normalized to say certain things in Hebrew,” said Aaron Mandel, associate director of Camp Tawonga near Yosemite National Park. “We try and crack the door open with a lot of things related to Judaism.” 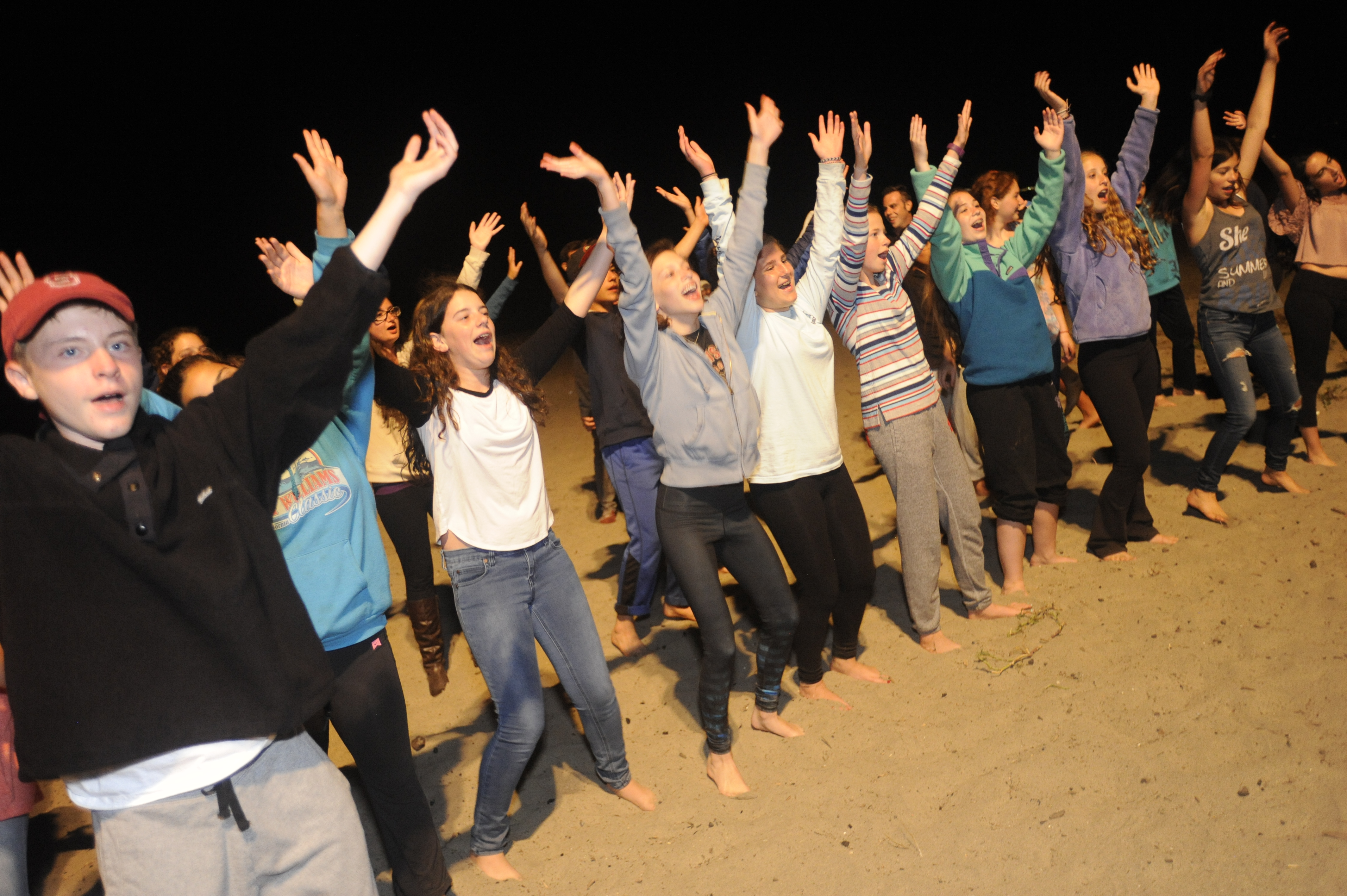 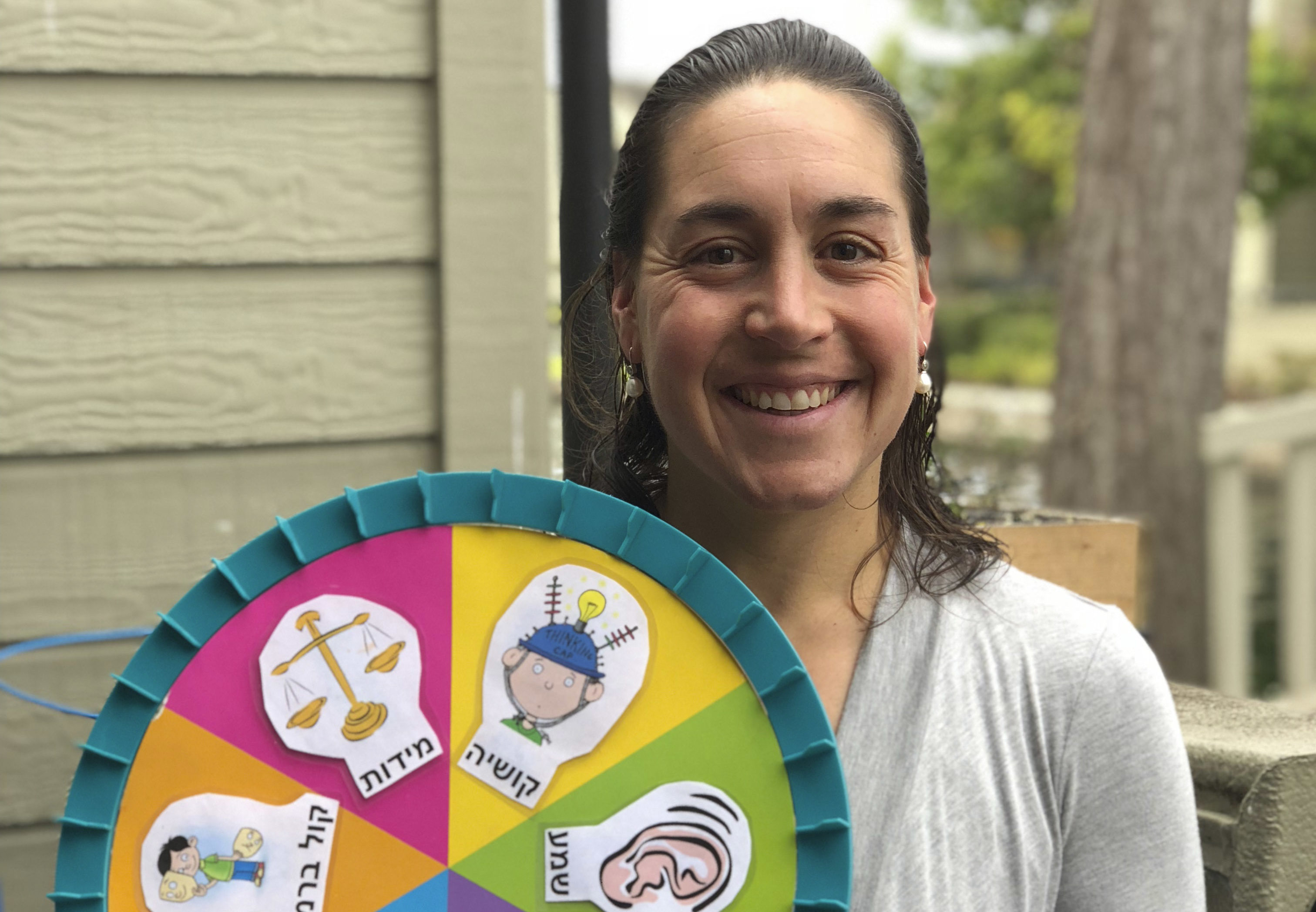 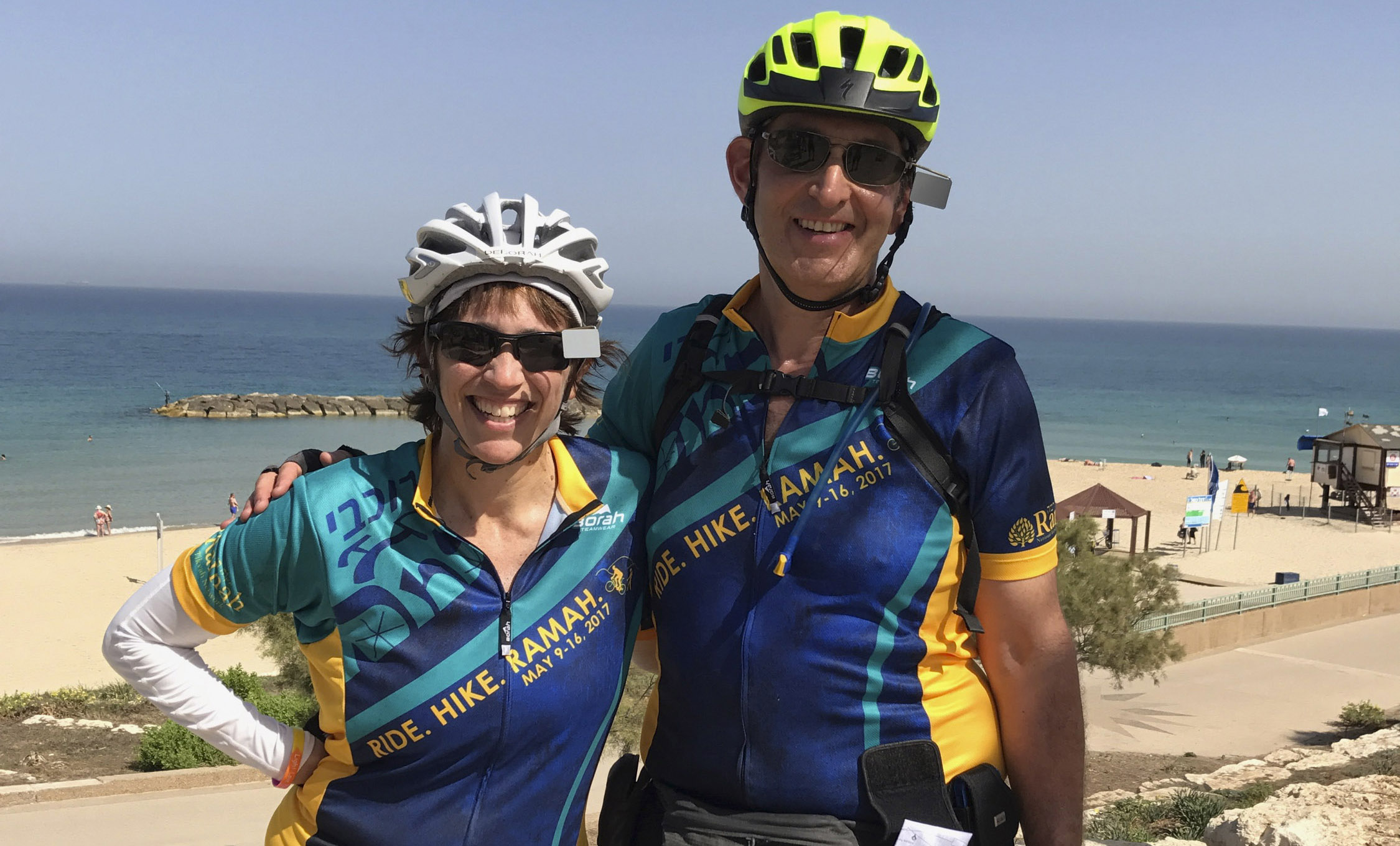