Will this be on the test? Professor Krasny goes highbrow on Jewish jokes

Didja hear the one about the radio talk-show host who wrote the book on Jewish jokes?

That would be Michael Krasny, host of KQED Radio’s current affairs program “Forum” and author of the newly published “Let There Be Laughter,” a compendium of Jewish jokes and what they say about the Jewish people.

Krasny, who can weigh in on everything from the new Don DeLillo novel to U.S. energy policy, is an expert on another, slightly less highbrow facet of human existence. Since childhood, he’s been collecting a Chuckle Hut’s worth of Jewish jokes, committing them to memory and retelling them.

Given his other career as an English and American literature professor at San Francisco State University, Krasny doesn’t just retell jokes in his book. He explains and expounds upon them.

“There are a lot of Jewish joke books,” he says. “I wanted to take a more scholarly approach and look at what the jokes mean. I don’t know that there’s much out there that does it with quite the analytic fervor I brought to it.”

Krasny divides the Jewish joke universe into seven themes, ranging from Jewish mothers and grandmothers, to sex and marriage, assimilation, shlemiels and shmucks.

Some jokes are one-liners, such as the Jewish mother who sends a telegram that reads, “Begin worrying. Details to follow.” Some are page-long scenarios, often ending with salacious punch lines having to do with rabbis, money, sex or someone named Mrs. Goldberg.

“As you delve into the pool of Jewish comics and writers, you realize [Jewish humor] has become a staple of American humor, even though it has its uniqueness and ties in to Jewish heritage and values, whether in America or back in the shtetl,” he says.

Krasny examines Jewish stereotypes, as well as a lost shtetl-born sensibility that echoes in the jokes. Some are best read aloud to capture the proper Yiddish-inflected attitude, such as the one about the panhandler on the street who tells a Jewish grandmother he hasn’t eaten in a week. She tells him, “Force yourself!”

About those stereotypes, Krasny added in more than a few jokes about Jewish American Princesses and mink-coat-and-bejeweled matrons from Palm Beach. Obnoxious as the jokes are, Krasny found an upside to these negative clichés.

“Some of the jokes might be offensive,” he notes. “The Jewish American Princess jokes can be seen as misogynistic and anti-Semitic. But underneath them is a patriarchal pride. We succeeded.”

That’s certainly true for Krasny, 72, a Cleveland native who grew up in a Conservative kosher home and who at one point early on considered becoming a cantor. Instead, he dived into academia, joining SFSU in 1970 and, in 1993, launching “Forum,” a news and public affairs program. The longtime Marin County resident also wrote the books “Spiritual Envy: An Agnostic’s Quest,” about belief and belief systems, and “Off Mike,” a memoir of his life in radio.

His latest book weaves in autobiographical moments when humor, in particular Jewish humor, popped up in his life.

He recounts the first time he told a Jewish joke, cracking up his 10th-grade social studies teacher with this chestnut: “What’s the fastest thing on water? A Jew in a canoe on the Suez Canal.”

That encouraged him to continue the hunt for good Jewish jokes. As an adult, Krasny read Freud’s classic “Jokes and Their Relation to the Unconscious” and other tomes about humor to help him better understand the significance of joke telling.

“[Freud] loved telling jokes,” Krasny says. “He saw them as narratives that reveal a lot about the unconscious. I don’t think dreams are necessarily the royal road to the unconscious. But like any narrative, they can be enlightening. Jokes are like that.”

“Let There Be Laughter” by Michael Krasny (279 pages, William Morrow)

Among his enlightened observations about Jewish jokes, Krasny sees them as artifacts of culture, like the one about the Jewish grandmother who prays to God to save her drowning grandson swept out to sea, and after the lifeguard risks his own life to rescue the lad, the bubbe points out: “He had a hat.” That says something about Yiddishkeit.

“In terms of preserving heritage, that’s a major factor,” Krasny adds. “People come up to me and say, ‘My kids don’t understand these jokes, they know no Yiddish, they are totally assimilated. How do I make them understand?’ As an educator, I want to preserve that heritage.”

That heritage went on to dominate American humor, as proven by the outsize success of Jewish comedians and writers. Krasny notes the universal appeal of Jewish humor. Novelist Saul Bellow once told him that Jewish humor and Irish humor are similar because both peoples have histories of oppression. Author Isabel Allende told him Jewish humor reminded her of the cultural tone of sarcasm in her native Chile.

But not all of it is universal.

“I realized that some jokes are distinctively Jewish,” Krasny says. “Some have a certain quality and irony about them unmistakably tied into tribal humor. Not that they’re inaccessible, but they have their own parochialism.”

Besides his love of Jewish humor, Krasny has developed an equally strong respect for the role laughter has played in Jewish history. He sees it both as a form of offense against adversaries, and a defense against pain.

And, to paraphrase Freud, sometimes a joke is just a joke.

When pressed, Krasny admits to some favorites among his top 100, not the least of which is the joke about the Jewish physicist being knighted by the Queen of England.

When he kneels before her, the Queen mutters, “Why is this knight different from all other knights?” 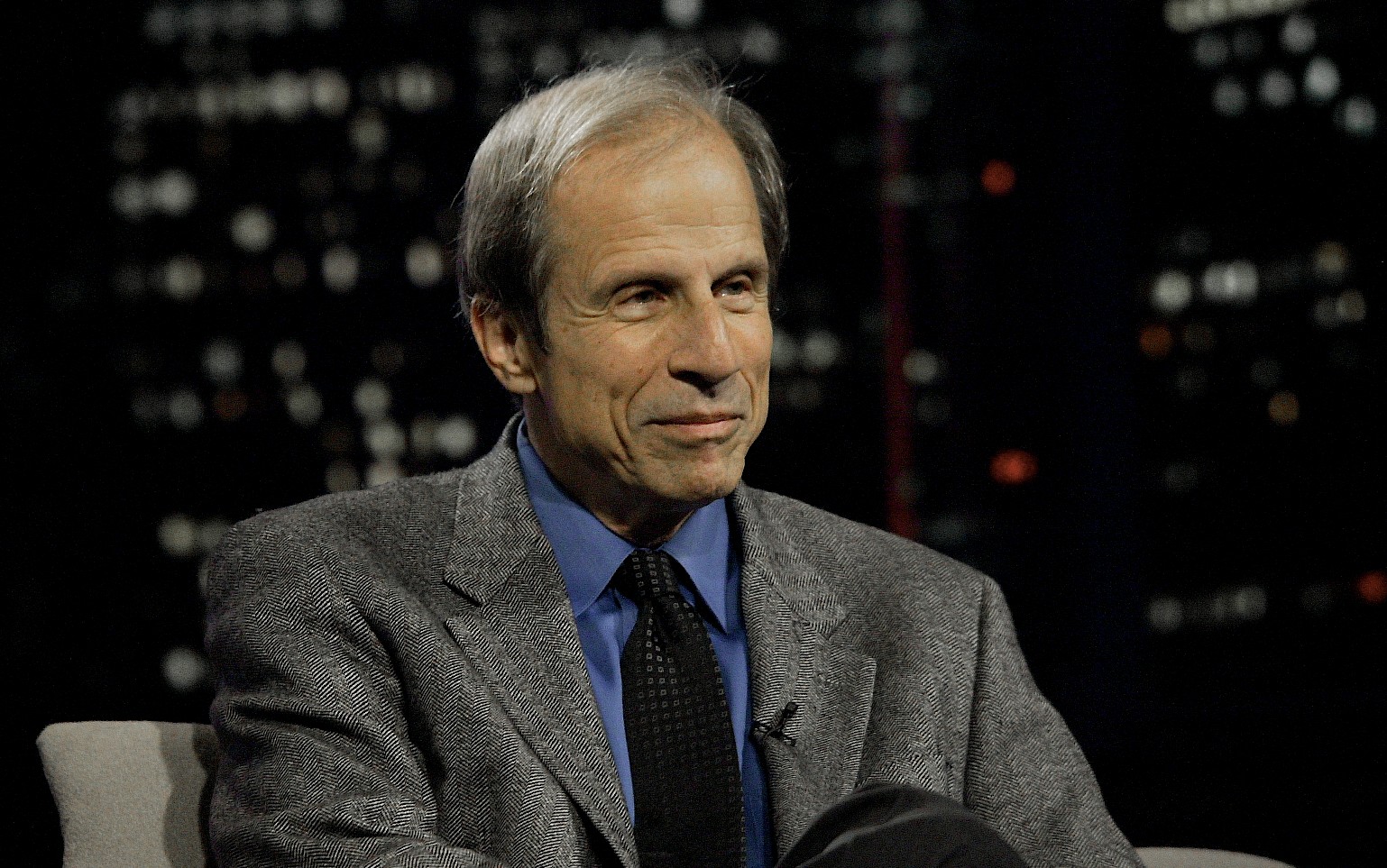