Who best to ask about Rabbi David Cooper’s 30-year legacy at Kehilla Community Synagogue? Try his friend at the Islamic Center, Cooper suggests.

It’s fitting that the spiritual leader of Kehilla, the politically progressive Jewish Renewal synagogue in Piedmont, would immediately think of Ali Sheikholeslami, chair of the interfaith committee at Oakland’s Islamic Cultural Center. The synagogue has been part of a “faith trio” with the Islamic Center and Montclair Presbyterian Church for nearly 10 years.

Last year, Sheikholeslami said, “there were groups that were demonstrating and we were afraid they would target our center. David heard about it and a Kehilla group emailed us saying they’d come and defend us if that happens. Luckily it never materialized, but he calls [out] injustice whenever it’s there.”

In June, Cooper, 65, moves to rabbi emeritus status at Kehilla, a synagogue he helped found in 1984 without a thought he might one day lead it. It was an unusual path: A lawyer by training, Cooper remained an active congregant and lay leader for 15 years before he was hired as the rabbi — before he was yet a rabbi, in fact. That came later.

To mark the occasion of his retirement, a Feb. 12 celebration and concert will honor his years of service. Rabbi Dev Noily, who has served as Kehilla’s co-rabbi, will take Cooper’s place.

Now, without congregational duties, Cooper will have even more time to devote to activism. Last week, he attended the National Prayer Breakfast at the invitation of Rep. Barbara Lee (D-Oakland), who invited three progressive clergy members to join her.

“I feel very depressed about the leadership both in the U.S. and in Israel,” Cooper said. “If Kehilla did not exist in this moment we’d have to create it, because in this time, we need a congregation that can be a community of resistance and be supportive of people so they are not alone in trying to deal with these massive issues facing us.”

Kehilla congregant Loel Solomon agrees. He remembers taking his son Eli, then 8, to show solidarity with a mosque in Concord that had been a victim of arson. Solomon remembers Cooper putting his arm around Eli and saying to him “You’re never going to forget being at this march.”

“That was the first personal moment we had with him, and I’ve been in love with him ever since,” said Solomon. “He’s created a culture and a way of being, by marrying social action and social justice to our tradition in a way that is so delicious. I guess that’s what rabbis do, but he’s a special one.”

Cooper was born in Brooklyn; his mother was from a secular family, his father from an Orthodox one. As a boy, Cooper spent at least one Shabbos a month with his paternal grandparents at Young Israel of Flatbush, so even though his own home was less traditional, he was steeped in the Orthodox world, also attending an Orthodox summer camp.

At camp, he realized just how different he was from the other campers. Over the years, he had developed a real love of the prayerbook liturgy. That set him apart from his campmates.

“It isn’t that I believed in all the words, but I remember pointing out issues I had or appreciations with the other campers who were more Orthodox and they’d say, ‘What are you talking about? It’s just davening.’”

Cooper spent a summer in Israel when he was 16, and as it turned out, as it does for many teens, to be a defining moment. It was 1967, and only a few weeks after the Six-Day War.

Given his background, Cooper arrived “with a real sense of hitlahavut [estatic joy] after being sure Israel was going to be destroyed.”

On his second day, he visited the Kotel, where he saw piles of rubble instead of the image he had burnished in his mind of a glorious wall surrounded by houses. Cooper asked the guide whether the Jordanians had torn down the houses during the 19 years they occupied the Old City, and instead was told, “We [the Israelis] just did that.”

When Cooper asked about the fate of the occupants of those homes, “the guide gave me a strange look and said, ‘What does that matter?’ Something inside me clicked that there was something wrong with this picture.”

At Antioch College in Ohio, Cooper was involved with the Conservative movement and also became an activist on social issues, getting involved with liberal politics on campus. One of his professors took notice and approached him with a favor: The professor’s son was told he could not have a bar mitzvah at the family synagogue because he did not believe in God, and the family were socialists. Would Cooper design and officiate a socialist bar mitzvah for the boy?

“I ended up working with him for a full year, in which we deconstructed the siddur and we looked at all the blessings and prayers in terms of his values,” said Cooper.

Even though Cooper was intimately involved with the service, he didn’t realize how transformative it would be.

“People were crying and understanding this young boy was turning into a young man right in front of their eyes,” he recalled, over 40 years later. “Even though I had helped put it together, I was unprepared for how meaningful a service could be. At that point, I vowed I would never participate in any services that were not meaningful and just going through the motions. That was my Jewish Renewal moment, although I didn’t have words for it at the time.”

Years later, while serving as a legal observer with the Livermore Action Group, which held regular demonstrations against nuclear weapons at the Lawrence Livermore National Laboratory, he met Rabbi Burt Jacobson, who shared his dream of creating a synagogue where he could combine his activist and Jewish selves. It was something that Cooper, too, was seeking.

At the time he and his then-wife Cantor Linda Hirschhorn were thinking of starting a family. He knew he wanted to raise his children in a community steeped in Jewish values but one that “also shares that we’re not going to be the odd people out because we have criticism of Israel. Our social activism has to be not just part of our actions outside the shul, but part of the values we celebrate within the shul.”

He’s created a culture and a way of being, by marrying social action and social justice to our tradition in a way that is so delicious. I guess that’s what rabbis do, but he’s a special one.
—Loel Solomon

Kehilla fit the bill. It openly called for a Palestinian state at a time when few people were doing so. It was among the first to declare itself a sanctuary synagogue, joining those fighting for the rights of refugees fleeing El Salvador. And, while not specifically an LGBT synagogue, many who were already social activists in other causes found it a natural fit.

Jacobson served as Kehilla’s first rabbi on a part-time basis. Later, Rabbi Zari Weiss joined the clergy staff, also part time. But as the congregation grew, it became evident that it could use a full-time rabbi.

One day, Rabbi Zalman Schachter-Shalomi, head of the Jewish Renewal movement, called Afikomen looking for a specific book. He had known Cooper for years, and had once suggested that he obtain smicha (rabbinic ordination). The rabbi brought it up again during the phone call.

At first, Cooper said, he felt he didn’t believe in God in the way a rabbi should. But he later changed his mind once he realized that “it’s not my job as rabbi to bring you into my theology, but to help people develop their own theologies.”

Cooper was hired at Kehilla and began his rabbinic studies in the Renewal movement’s Aleph program, becoming ordained in 2007 at age 54.

Jacobson, asked if he knew of another similar situation where a synagogue founder was an active lay leader for years before becoming its spiritual leader, said: “It’s not normal, but that’s what happened. And it’s because he came with a brilliant intelligence and set of skills that were absolutely necessary and crucial if the synagogue was going to stick around. He had managerial qualities that I didn’t have and he was able, with his organizational abilities, to develop Kehilla in its early years.”

He added, “I think it’s quite possible that Kehilla wouldn’t be around today without him.”

Cooper is confident that Kehilla will carry on no matter who leads it.

“One of the highest compliments I ever received was a congregant telling me that they joined not because I was the rabbi, but because this was the kind of congregation that would have someone like me be the rabbi,” he said. “I’m also proud of how expendable I made myself and that the congregation will do fine without me.” 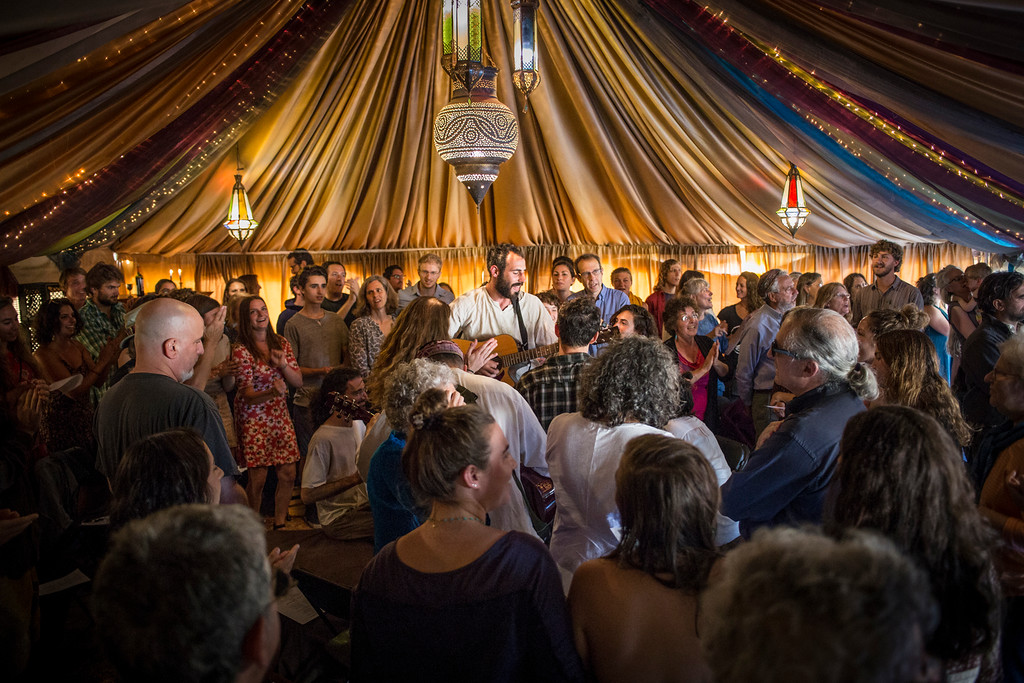