Don’t be afraid of the unknown, Berkeley psychotherapist says

Berkeley therapist and spiritual teacher Estelle Frankel was trying to write a book about Mussar and positive psychology, but another topic kept getting in the way.

That topic was the unknown, and when she thought about it — both in terms of what Judaism and Buddhism had to say about it, as well as how much it played a role in her psychotherapy practice — Frankel realized that this was the book she needed to write.

The result is “The Wisdom of Not Knowing: Discovering a Life of Wonder by Embracing Uncertainty.”

“They say that authors write the book they themselves need to read,” Frankel said, “and this is what intrigued me. I had homework to work with my own mind around my anxieties around the unknown, and instead of it being a foe to contend with, it’s become my muse and my friend.”

While she was aiming for more of a spiritual self-help book than a political one, the timing of its publication — less than a month after the inauguration of Donald Trump — made it especially relevant to her Berkeley client base and others, she found.

For at least the first few weeks after the inauguration, Frankel said, all her clients wanted to talk about was their anxieties about the new administration.

Her book is full of tools for managing anxiety.

When facing the unknown, Frankel said, “our mind has a tendency to want to fill in the blanks; it’s more comfortable to have a highly toxic answer than to just be in the uncertainty and not know. We need to take control of our minds and not jump to the worst possible scenario and take the long view.”

Frankel introduces her topic with a bit of her own story. When she was young and carefree, she loved hitchhiking as a way to explore the unknown. But once she became a parent, she started fearing the worst. The daughter of Holocaust survivors, Frankel is keenly aware that horrors can and do happen.

Not knowing creates the freedom to be with what is, and as a therapist, it gives people permission to unfold their own unknown selves.

“Part of my own self-exploration was wondering why am I so anxious when dealing with unknowns,” she said, “and then I realized everyone is.”

Frankel is a longtime teacher at Berkeley’s Chochmat HaLev, and a student and teacher of Jewish mysticism and Hasidic stories. Though the meditation exercises in her book are mostly Buddhist, many of her examples about the unknown come from the Bible, the Zohar or Hasidic thought.

Take the biblical story of Abraham, for example. “Abraham hears a voice calling him, and it says ‘lech lecha’ or ‘go to yourself.’ He’s following a voice into the unknown to a place he doesn’t know that will be shown to him sometime in the future,” Frankel said. She compared Abraham’s journey to a game of Marco Polo, explaining that “when we’re being called by spirit to leave our known lives and enter into a new place, all we know is the next step, and we have to wait for the next clue and it might take us in a different direction.”

Frankel also uses real-life examples of her clients (using pseudonyms and with their permission), describing what happened when they were dissatisfied with some aspect of their lives and then stepped into the unknown. In most cases, they were rewarded for having the courage to do so. Watching clients transform their lives in this way is one of the most gratifying aspects of her practice, she said.

By embracing the unknown, “we see how it opens up consciousness and allows us to discover new things about ourselves, and to actually be present with what is, rather than our idea of reality,” she said. “Not knowing creates the freedom to be with what is, and as a therapist, it gives people permission to unfold their own unknown selves.”

Frankel admitted that it’s taken her a while to learn how to talk about her book, as the concept of the unknown is so amorphous. Her husband teased her that she was writing a book about nothing, and describing it to friends was challenging, to say the least.

“I was writing it without knowing where it was leading,” Frankel said. “I was circling the mystery of all that is unknown and being in the not-knowing state. Allowing knowledge to emerge out of not knowing and as a mystic, that’s the state of mind you want to be in to allow wisdom to come to you.”

Estelle Frankel will teach a three-part series on “The Wisdom of Not Knowing” at Chochmat HaLev, 2215 Prince St., Berkeley, beginning 7:15 p.m. Thursday, March 9. She also will give a book talk at 7 p.m. Sunday, March 12 at Book Passage, 51 Tamal Vista, Corte Madera. 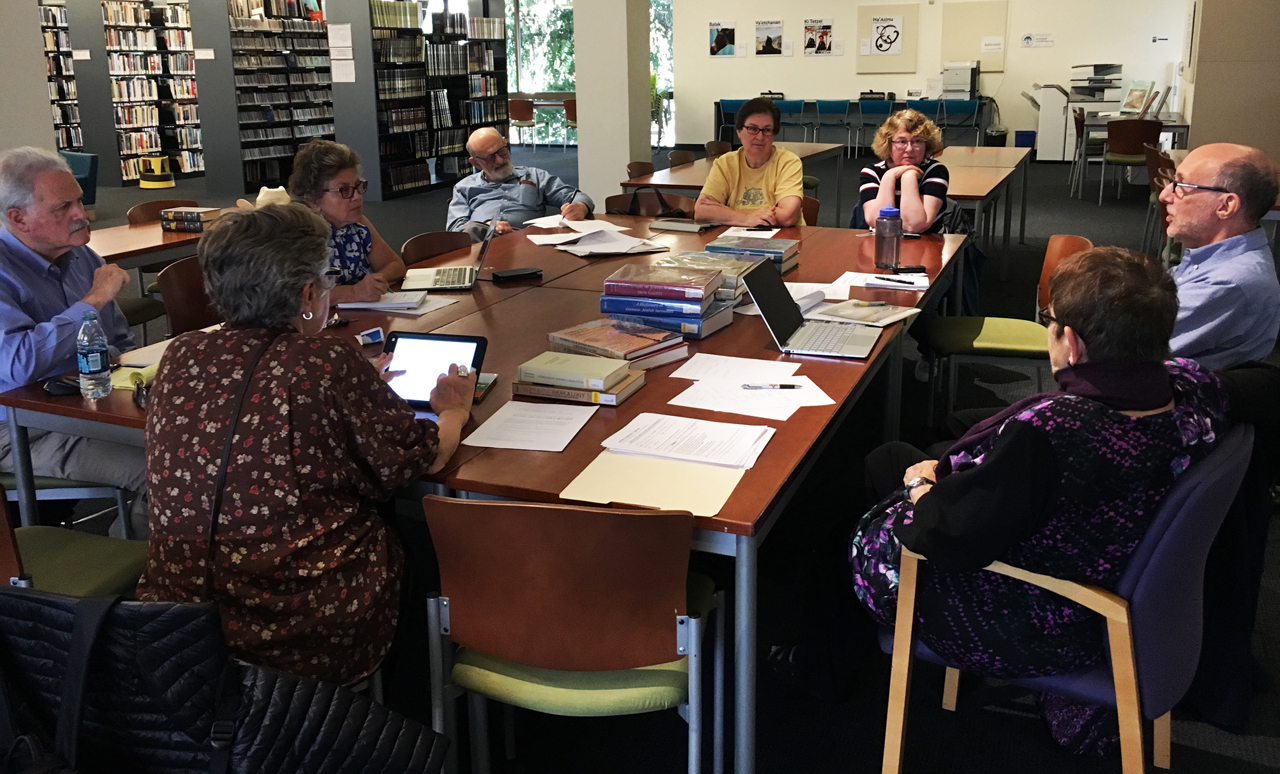