‘They are there for us’ — Jews and Muslims break bread, trade smiles at Marin iftar

The Islamic Center of Mill Valley held an iftar this month and everybody came. Including the Jews.

An iftar is the evening meal eaten by Muslims to break their daily fast during the holy month of Ramadan. The June 14 “Interfaith Iftar,” as it was billed, was coordinated by two Islamic centers, in Mill Valley and San Anselmo, and the Osher Marin JCC and Congregation Rodef Sholom, both in San Rafael.

On a balmy evening a few hours before sunset, an estimated 300 people strolled through the gates of the mosque, located on a quiet residential street, to take part in the tradition. Khadija Hansia, 28, who helped coordinate the event, said that about 175 of the attendees were non-Muslims and 125 were Muslims, including Imam Khwaja Fasih and others from the Islamic Center of North Marin. That was 50 more people than at last year’s Interfaith Iftar.

Ebrahim Nana, a leader of the Islamic Center of Mill Valley and a longtime member of the Marin Interfaith Council, welcomed both friends and strangers before offering the evening’s opening remarks. The businessman and 40-year resident of Marin said the community has thrived in Mill Valley largely without incident but thought it a good idea to strengthen relationships with people of other religions and ethnicities.

Rabbi-Cantor Elana Rosen-Brown of Rodef Sholom and Joanne Greene, director of Jewish engagement at the JCC, were Hansia’s organizing counterparts in the Jewish community.

“Our goal is to help the communities to understand and know one another,” Greene said. “Generally, you don’t fear people when you know them, and hatred often stems from fear.”

Carol Friedman and Eva Seligman-Kennard, from the Bay Area chapter of J Street, were there to build solidarity. Michelle Garcilazo and Jenny Callaway, from Congressman Jared Huffman’s office, were also there, chatting with people they knew from anti-hate campaigns they’ve supported in Huffman’s district, which includes Marin County.

Rabbi Doug Kahn, former executive director of the S.F.-based Jewish Community Relations Council, was there with his wife, Ellen; they participated as facilitators of the intergroup study session preceding dinner. After Ramadan prayers, a short address by Rosen-Brown and a talk by Fasih about the purpose of fasting in Islam, attendees broke into small groups to read excerpts from the Quran and Torah and compare their respective traditions.

Fitri Simon, a receptionist at the Marin JCC, was there with a big bowl of Indonesian rice cakes wrapped in leaves. Although she is Muslim and lives in Marin, it was her first visit to this mosque. Most of the 500-plus members of the Mill Valley Muslim community originated in the town of Rander in the western Indian state of Gujarat and have numerous family connections.

The Rev. J. Bentley Stewart from the Marin Interfaith Street Chaplaincy was there, too, along with several volunteers from the organization.

“We’re all about supporting people wherever their spirituality is, so that’s here as well,” Bentley said as his friends sat on the grass outside the mosque perusing the Quran. “One of the identity markers of our organization is to gather, eat together and pray. The style or words don’t matter much. What’s happening here tonight is surely in my faith tradition as much as it is in theirs. It’s about hospitality — or welcoming the stranger.”

After sundown, Muslims who had been fasting since dawn stood politely in line around tables topped with potluck dishes and non-alcoholic drinks. There were vegetarian, halal and kosher options, including noodle kugel and potato samosas.

The Interfaith Iftar is an outgrowth of the Salaam, Shalom initiative developed five years ago at the Marin JCC. The program, underwritten for the first three years by Tricia and Richard Gibbs, offered outreach events that would build bridges between the local Jewish and Muslim communities, which at the outset were quite separated.

Hansia, one of the organizers, said she received a phone call from Greene last year asking her if she would care to have coffee. The international relations and business major from San Francisco State University then visited the JCC for the first time.

The Jewish community has shown us so much support, so much kindness and generosity, that when the JCC received bomb threats, we wanted to show them that we stood with them.

“Going into the JCC, I knew nothing about Jewish traditions,” Hansia recalled. “I had thought they were very different than they turned out to be. When Joanne welcomed me in, I felt comfortable right away. She lowered a bridge.”

Rosen-Brown, who specialized in Muslim-Jewish dialogue at Hebrew Union College in New York, also approached Hansia after arriving at Rodef Sholom three years ago. The two women, close in age, lunched together near Khadija’s workplace and hit it off right away. “I feel like they are family now,” Hansia said.

Rosen-Brown said that large events like an iftar are important, but repeated, intimate contact is the way to build trust and mutual knowledge. “Because we’ve been to one another’s centers, because we’ve shared meals in one another’s living rooms, we can now comfortably call one another on our phones in times of need,” she said.

For example, Rosen-Brown noted that she had been in frequent communication with Imam Fahsi about the anti-Shariah rallies that were held around the country on June 10. Hansia said that those rallies and acts of anti-Muslim violence around the country have provoked a wariness within her community even though they feel accepted in tolerant Marin County.

“A majority of Americans have never even met a Muslim, and [because] they are constantly hammered by selective media representations or perceptions of Muslims … they can easily end up thinking that we are barbaric, dangerous people and threats to the American way of life,” she said. “But the Jewish community has shown us so much support, so much kindness and generosity, that when the JCC received bomb threats, we wanted to show them that we stood with them. They are there for us and we are there for them.”

Rosen-Brown said there is an understanding within the Muslim community that, given the history of anti-Semitism, “the Jewish community may have developed strategies for dealing with discrimination that [Muslims] might learn from.”

The two communities have joined in anti-bias initiatives, such as co-sponsoring “Not in Our Town” events, and continue to develop rapid response networks for hate crime incidents.

For Hansia, the large turnout and communal feeling at the Interfaith Iftar demonstrated the need for it. “Last year at this event we had more lectures, but now, people are really just desperate to talk to one another,” she said. “And then — to eat.” 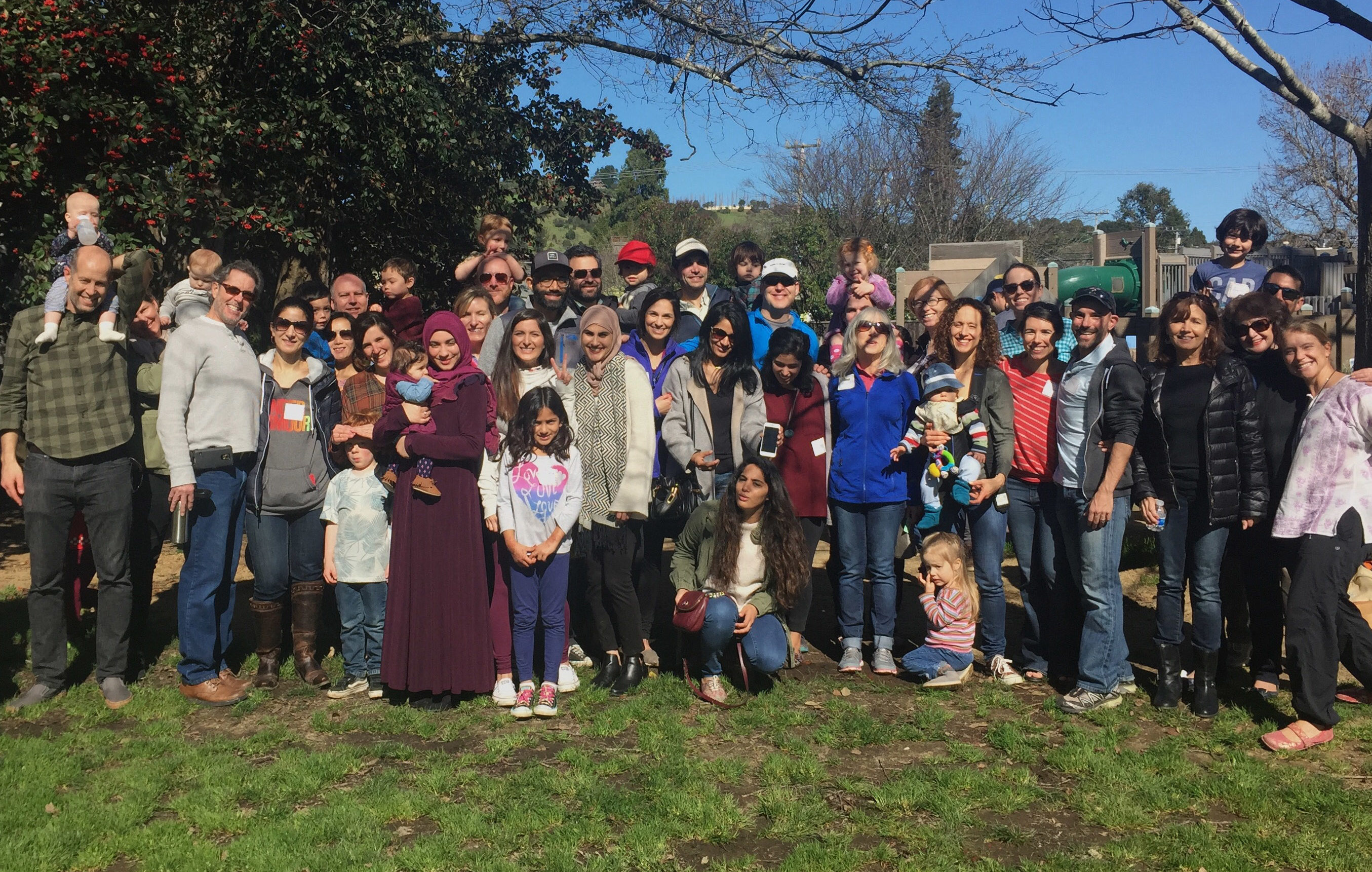