Legend notwithstanding, the unforgettable image of Moses parting the Red Sea in the 1956 epic “The Ten Commandments” was not handed down at Mount Sinai.

Nor was it the product of director Cecil B. DeMille’s imagination, although he assuredly basked in the oohs and aahs of audiences and critics.

In fact, a gifted Jewish storyboard artist, Harold Michelson, devised and drew the shots for “The Ten Commandments” and countless other memorable studio films. One of his ideas was for the famous leg shot in “The Graduate” — and he wasn’t even listed in the credits.

Michelson’s behind-the-scenes contributions, along with those of his wife, Lillian, a beloved research librarian, are revealed in “Harold and Lillian: A Hollywood Love Story,” a fascinating and touching documentary that marks director Daniel Raim’s latest film about the unsung heroes of Hollywood’s Golden Age.

“Harold and Lillian,” which screened four months ago in the S.F.-based Jewish Film Institute’s Winterfest, opens Friday, July 21 at a handful of theaters around the Bay Area.

Raim’s path to Hollywood historian is a convoluted one. He was born in Israel to an American father and a British Israeli mother, and moved with them to Palo Alto when he was 4. He returned to Israel at the age of 15, studied painting at an arts-oriented high school in Haifa and went on to serve in the Israeli army as a documentary filmmaker.

In 1997, he enrolled in the American Film Institute in Los Angeles, where he met and studied with longtime studio production designer and art director Robert F. Boyle, one of Alfred Hitchcock’s top collaborators. Raim was so impressed with Boyle, and his art and craft, that he made him the subject of his first documentary, “The Man On Lincoln’s Nose.”

“Bob Boyle once talked about how the tradition of storytelling so inherent to the European Jewish culture was the root of the classic Hollywood studio system,” Raim said in a phone interview.

“Harold and Lillian’s primary job was to support that storytelling, and they had an incredible capacity — like a secret weapon — to help directors visualize their movies. They took these stories and brought them to life visually.”

Harold developed his eye as a bombardier in World War II. While many established and future Hollywood filmmakers were deeply influenced by the carnage they saw close up — Samuel Fuller, for example, witnessed and shot footage of the liberation of the Falkenau death camp — Michelson’s perspective was distanced and panoramic.

He was encouraged by an officer to draw, and after the war took a flyer on his talent by moving to Los Angeles. He took another huge risk by proposing to Lillian, whom he’d known in their native Florida before the war.

Lillian was several years younger and, while also Jewish, had had a rocky upbringing.

“Her parents sent her to orphanages because they couldn’t raise her for several reasons,” Raim said. “She was an orphan from way too young an age to have [her parents’ Jewishness] have any impact on her. I would say she is a completely self-made woman.”

Lillian recounts her and her late husband’s saga with disarming self-deprecation and unusual candor in “Harold and Lillian,” supplying the film’s heart. Longtime friend and collaborator Danny DeVito, among others, chips in some nice insights, but Lillian carries the show.

“I was interested in them as artists and human beings,” Raim said. “The whole Jewish [connection] came after the fact. What Bob Boyle and Harold and Lillian had in common was they all worked on ‘Fiddler on the Roof.’

“When I got married in 2006, they were my guests of honor and I surprised them with a bottle dance homage. In many respects, they were family.”

The documentary recalls Harold’s contributions to “Ben-Hur” along with his work with Jewish directors Billy Wilder (“The Apartment” and “Irma la Douce”), Ernest Lehman (“Portnoy’s Complaint”), Mike Nichols (“Who’s Afraid of Virginia Woolf?,” “The Graduate” and “Catch-22”) and Mel Brooks (“History of the World: Part I” and “Spaceballs”)

“All the directors would build the movies based on Harold’s interpretation of their vision,” Raim said.

The most remarkable and surprising illustration of that long-suppressed fact is Harold’s storyboards for Hitchcock’s “The Birds” (1963). While the storyboards that Hitchcock employed to devise his landmark set pieces were a key element of his publicity, it was generally assumed that either he sketched them or had conceived of every shot and angle.

In fact, Harold created the famous sequence of events culminating in a gas station explosion in “The Birds” — and, as was the practice in those years, received no screen credit.

Lillian, for her part, tirelessly and creatively researched everything from cars to clothes to ensure the accuracy of period films for Brooks, Steven Spielberg and Francis Ford Coppola (who turns up in the documentary to pay tribute).

Raim’s list of future projects includes a documentary on the making of both the Broadway musical and the film version of “Fiddler on the Roof.” He’s filmed interviews with lyricist Sheldon Harnick, director Norman Jewison, actor Topol and other luminaries.

The project reflects Raim’s passion for showcasing the behind-the-scenes efforts of artistic collaborators, while tapping into his investigative skills as a historian. He said he’s particularly interested in examining the character of Tevye dating to the real milkmen of Sholem Aleichem’s day.

“Harold and Lillian: A Hollywood Love Story” opens Friday, July 21 at the Roxie in S.F., the Elmwood in Berkeley, Rialto Cinemas Sebastopol and the Smith Rafael Film Center in San Rafael. (Unrated, 94 minutes) 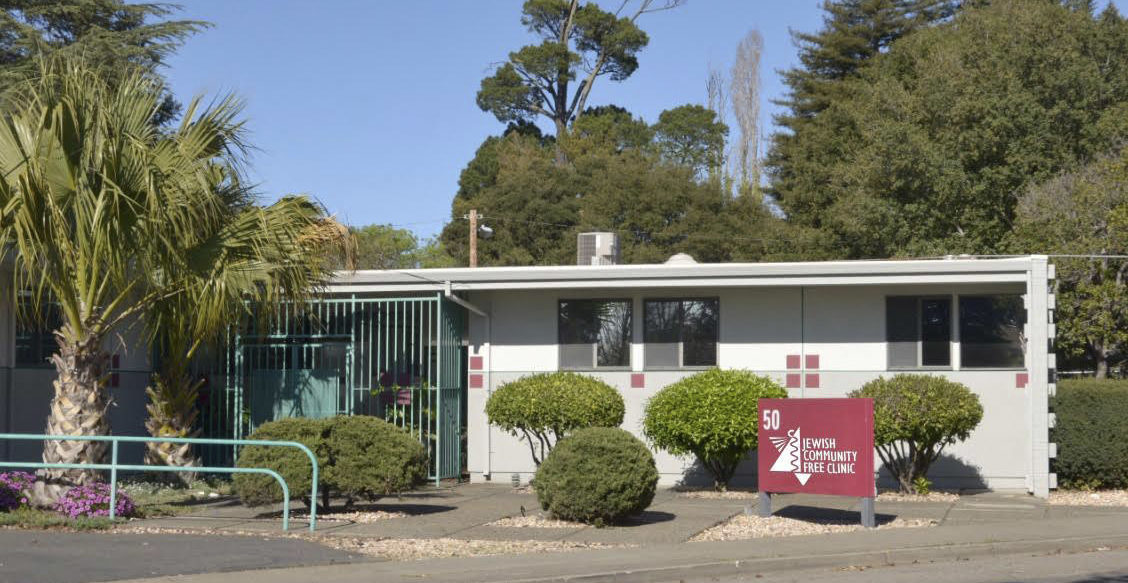