Cobbling together a Jewish life in China, just like my grandparents

Being isolated from community tests one’s commitment to the values and practices that normally bring that community together. This is what the experience of being a Jew in China has taught me.

I grew up in the warm embraces of Judaism, spending many hours at Yavneh, a Jewish day school in Los Gatos. I led the “All-Inclusive Jew Crew” at my Catholic high school (Notre Dame in San Jose), served as a quasi-regular Torah chanter at Congregation Sinai in San Jose and co-led Shabbat services at Berkeley Hillel. Constantly surrounded by Jewish community at home, I developed a strong sense of myself as a Jew in the world.

But that identity is truly put to the test when I am the only Jew around.

This semester, I decided to study in China to immerse myself in Mandarin (which I have been studying at UC Berkeley) and to conduct research on ethnic minority migration issues in Yunnan province. As a region with 25 of China’s 55 ethnic minority groups, and a mere handful of English speakers, Yunnan was a fantastic choice for pursuing my academic interests, but not an easy place to be a Jew. I knew that my decision meant delving into eight months of Jewish isolation.

In China, I have learned to cope with this in creative ways. I find myself singing Jewish nigguns (traditional wordless melodies) while walking, or saying the Shema while at a Buddhist temple.

But I do miss being in a Jewish community.

That’s where “Kahal: Your Jewish Home Abroad” came in. Kahal works with students who are studying abroad, connecting them to immersive Jewish experiences and opportunities to deepen their Jewish identity.

Kahal gave me not only the gift of Jewish community, tradition and my own personal history, but also pushed me to bring my Judaism into new crevices of the world.

My first Jewish experience through Kahal was Shabbat with Kehilat Shanghai. It was a fluid mix of Jewish and Chinese culture like I had never seen before. As soon as I walked into the Chinese restaurant, set for a traditional Chinese dinner party but with Chinese versions of the Tu B’Shevat fruits and a gleaming challah, my heart sang.

I immediately connected with the community — mostly mixed couples with children fluent in both cultures and languages. I fell into my old grooves, helping lead the Shabbat service. Chinese phrases were thrown into the service, discussions of Chinese environmental issues were interwoven into Tu B’Shevat passages and the dinnertime conversation was all China-based. I felt right at home.

The next day, my experience became truly personal as I visited the neighborhood where my grandparents, who had come to Shanghai with a wave of Jewish refugees during the Holocaust, had met. I walked through the Shanghai Jewish Refugees Museum, which is attached to the old Ohel Moishe, a synagogue that was built in 1927; although, when I asked my omi (grandmother) about it, she swore she had never been inside because it was a Russian synagogue and she was Austrian.

On a wall outside the museum, I carefully looked up and down a long list of names, finding many family members and fellow congregants of the San Francisco synagogue, B’nai Emunah, that my grandparents, with a group of Shanghai Jews, had founded. After imagining Shanghai for years through my grandparents’ stories, it felt surreal to be so close to the lives they had once lived. I even found the home my grandmother had grown up in. When I told her the next day, she was so thrilled and asked me all about what had become of it. (It was now a restaurant; the family hosiery shop downstairs was but a memory.)

Inspired and energized by this immersion into Judaism, I felt motivated to push further into my celebration of Tu B’Shevat beyond the Shabbat table.

The woman leading the Tu B’Shevat service had left us with a final call to “Go hug a tree” — so I took that as a challenge. It is hard to find nature in China, especially near Shanghai, so I changed my plans and took the circuitous journey up to the mountainous area of Jiuzhaigou in northern Sichuan province, bordering Tibet.

There, for the first time in a while, I had a chance to connect with nature in a spiritual way, hiking through pine forests and along clear sparkling turquoise lakes. And yes, I did hug a tree. In fact, I hugged a lot of them.

The crowning moment, though, was that Friday night. Exactly a week after I had returned to my Jewish roots in Shanghai, I decided to bring Shabbat to the mountains of Western China. I explained to the Tibetan family that I was living with what Shabbat was and how as a Jew (犹太人) we celebrate it, and I did it all in Chinese (the second language for both of us).

Intrigued, they helped me collect two mismatched candles from corners of their house. We blessed Tibetan barley wine and used some cheese crackers for challah. And then, in the dimly lit room painted in ornate floral patterns by a local Lama, I led the family in the Shabbat prayers.

It was so beautiful, seeing them cover their eyes with me while I blessed the candles. When I asked them to think about their week — the good and the bad, to reflect on the past to prepare for the future, as I have become accustomed to doing — they all joined me in reflective prayer.

Back in Yunnan, I have continued sharing Shabbat with my peers — never with the correct ingredients, but always with the right kavanah (focus and intention). Shabbat is about intention and community. It is about sharing and celebrating. It is about recognizing that you have quite a lot to be grateful for and taking a moment to honor that gift. And in China, I have been blessed to bring the gift of Shabbat along with me.

I know that this semester abroad will not be the last time that I am distanced from Jewish community. Yet I have come to learn that it is exactly in the situations where Jewish practice is neither easy nor convenient that it is the most meaningful.

A Jewish identity is not always physically tied to place or people, but, like the Tabernacle (Mishkan), can be transported to where it is needed. And I have now proven to myself that I carry that tabernacle of identity with me. 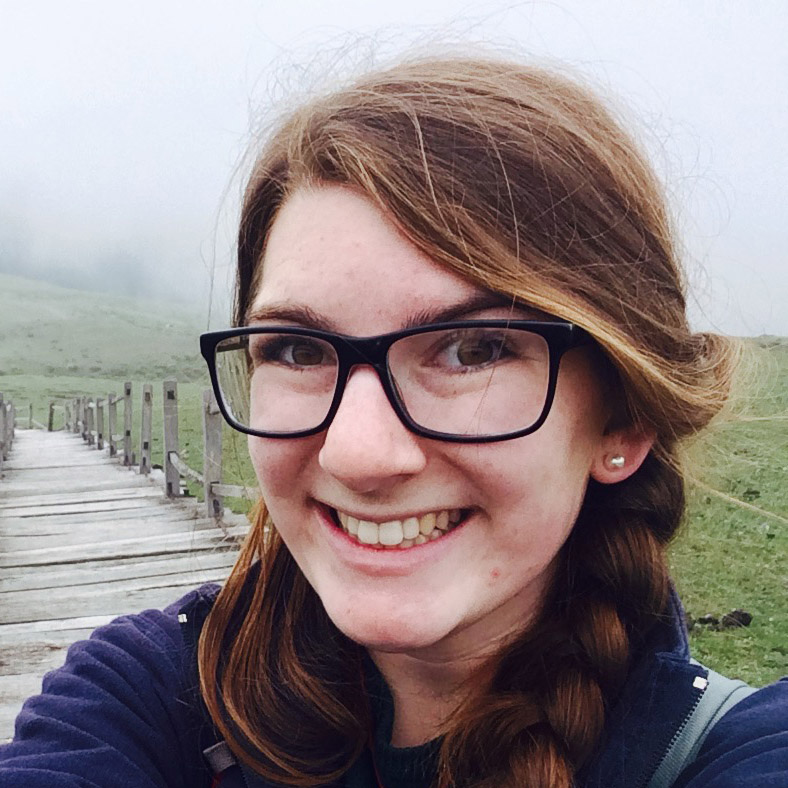 Izzy Ullmann studies Peace and Conflict Studies at UC Berkeley. A Bay Area native, she also works with refugees and migrants, most recently with Asylum Access, a refugee rights organization in Malaysia. 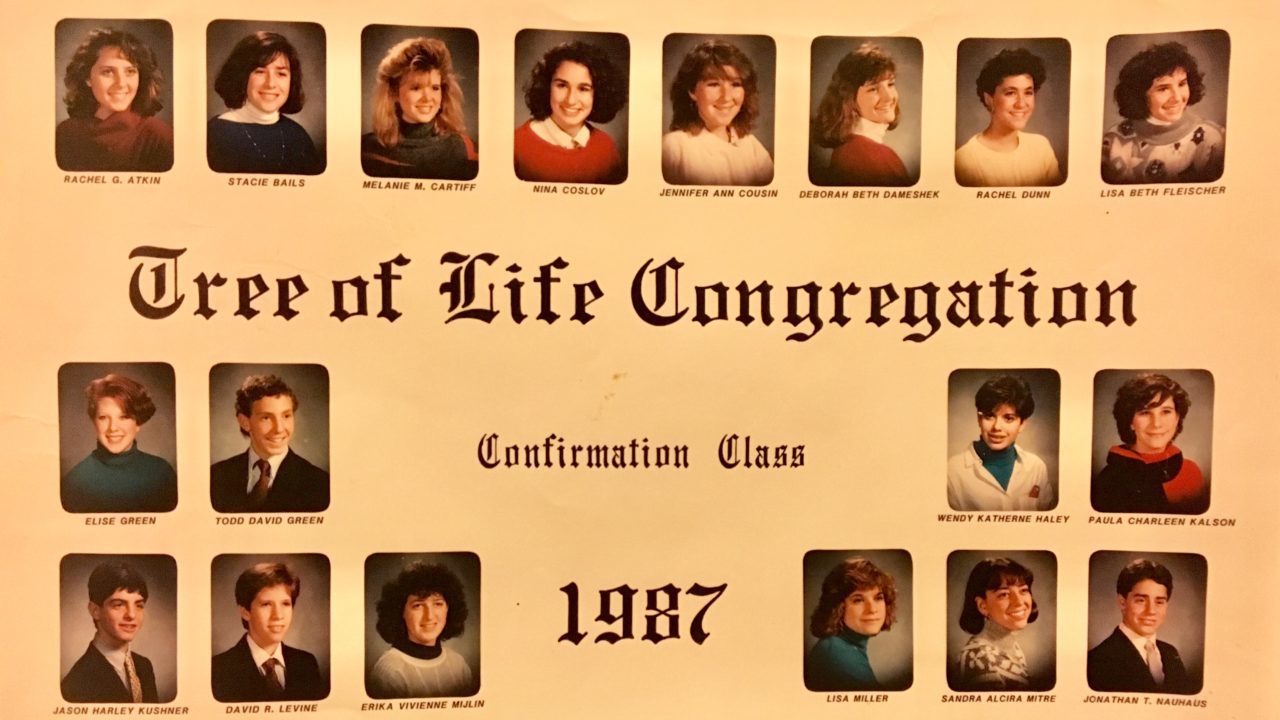 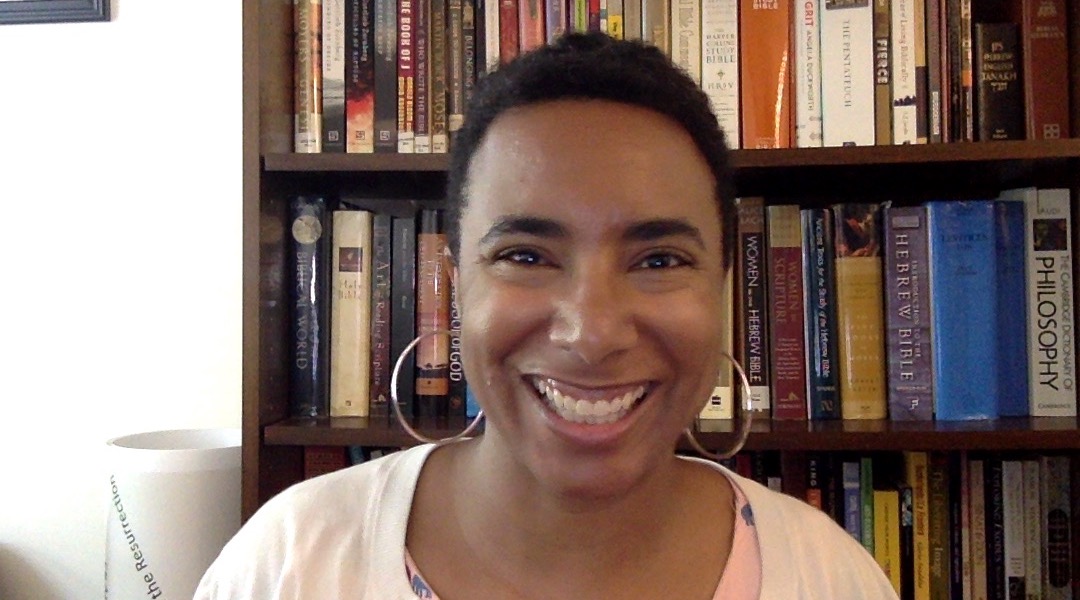