Labor Day used to herald not just the end of summer, but also the beginning of the serious movie season (adios, blockbusters). But with the heightened emphasis on the Academy Awards, distributors are increasingly compelled to hold back their top titles until December and January.

So serious moviegoers know that early-fall film festivals are their best bet to see worthwhile movies months before they are released to general audiences.

Hereabouts, the Mill Valley Film Festival, set for Oct. 5 to 15, provides the most comprehensive preview of the top-drawer fall and winter movies. This year’s program includes an unusually extensive selection of Jewish-themed films, many of which were selected by senior programmer Janis Plotkin, the executive director of the San Francisco Jewish Festival from 1993 to 2002.

Aaron Sorkin, the prolific screenwriter, playwright and creator of hit TV shows such as “The West Wing,” will attend the MVFF on Oct. 11 with “Molly’s Game,” which he adapted from Molly Bloom’s memoir about organizing exclusive, high-stakes poker games for Hollywood stars. The film, which marks Sorkin’s directorial debut, is slated to open Nov. 22 in theaters.

Another Jewish writer-director, Noah Baumbach, will screen his poignant, dysfunctional-family saga “The Meyerowitz Stories (New and Selected)” five days ahead of its Oct. 13 premiere on Netflix. Half-brothers played by Ben Stiller and Adam Sandler vie for the approval of their aging father (Dustin Hoffman), a minor artist who always put his career first.

New York Jewish families are at the core of the intimate “One of Us,” which will screen on Oct. 12 and 14 prior to its Netflix debut on Oct. 20. The 95-minute documentary profiles three Hasids who left their communities, following them over the course of three years; that access is crucial to the film’s emotional power.

A pair of acerbic yet touching Israeli comedies integrate familial dynamics with political realities. Directed by 22-year-old Shady Srour, “Holy Air” illuminates the lives of Christian Arabs through the deadpan story of a Nazareth entrepreneur (played by the director) trying to fulfill his dreams, support his pregnant wife and oblige his ill father. “Holy Air” will screen on Oct. 12 and 13 in advance of its expected cinematic release in November.

Israeli writer-director Tzahi Grad likewise cast himself as the lead of his movie, “The Cousin,” which will screen on Oct. 6 and 8. Grad plays a well-meaning liberal who unwittingly initiates a comedy of terrors when he hires an Arab day laborer to work on his home office.

Ziad Doueiri, the Lebanese writer-director of the excellent 2012 Israel-set drama “The Attack,” has been heralded at the Venice and Telluride film festivals for his new film, “The Insult.” Screening on Oct. 8 and 10, the film is Lebanon’s official entry for best foreign language film. Depicting a labor dispute between a Palestinian refugee and a Lebanese Christian that escalates beyond male pride and shallow bigotry, the movie is likely to spark controversy in the Arab world and draw attention in the U.S., where it is expected to open in late 2017 or early 2018.

From Italy, “Call Me by Your Name” depicts an obsessive, 1980s-era summer romance between the Jewish-American-Italian teenage son of a professor and a male Jewish-American graduate student. Set to open locally on Dec. 1, the film will screen on Oct. 12 and 14.

A pair of European-set, Holocaust-related documentaries that evoke the harrowing 1930s and ’40s will make their North American premieres at the MVFF.

German director Claus Räfle blends oral history with re-enactments in “The Invisibles” to recount the tense sagas of four Jews who survived the war in Berlin. It screens on Oct. 12, 14 and 15.

Israeli filmmaker Sigal Bujman’s “Vitch,” screening on Oct. 14 and 15, illuminates the moral conundrum of Eddie Vitch, a Polish Jewish caricaturist, mime and comedian who stayed alive by entertaining Nazi higher-ups and Gestapo officers. The documentary traces Vitch’s daughter’s efforts to uncover the truth about his activities and motives.

One of the festival’s more intriguing offerings is “The Sandglass,” which will screen on Oct. 8. The film is a restored print of Polish director Wojciech Has’ 1973 epic (also known as “The Hourglass Sanitorium”) in which he adapted Polish Jewish writer Bruno Schulz’s distinctive stories into a surrealist fantasy-drama. The 124-minute film, which is in Hebrew, Yiddish, Latin and Polish, centers on a son’s visit to his dying father.

The Dutch historical drama “An Act of Defiance” revisits the defining act of a remarkable man, South African attorney Bram Fischer. In 1963, Fischer defended Nelson Mandela and 10 of his cohorts — several of whom were Jewish — against conspiracy charges brought by the government. It screens on Oct. 6 and 7.

The courage and commitment that Fischer displayed in the course of the Rivonia Trial is well worth discovering through the magic of movies, whether at the Mill Valley Film Festival or when “An Act of Defiance” makes its way to theaters. 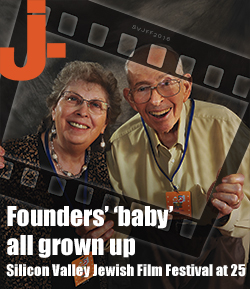 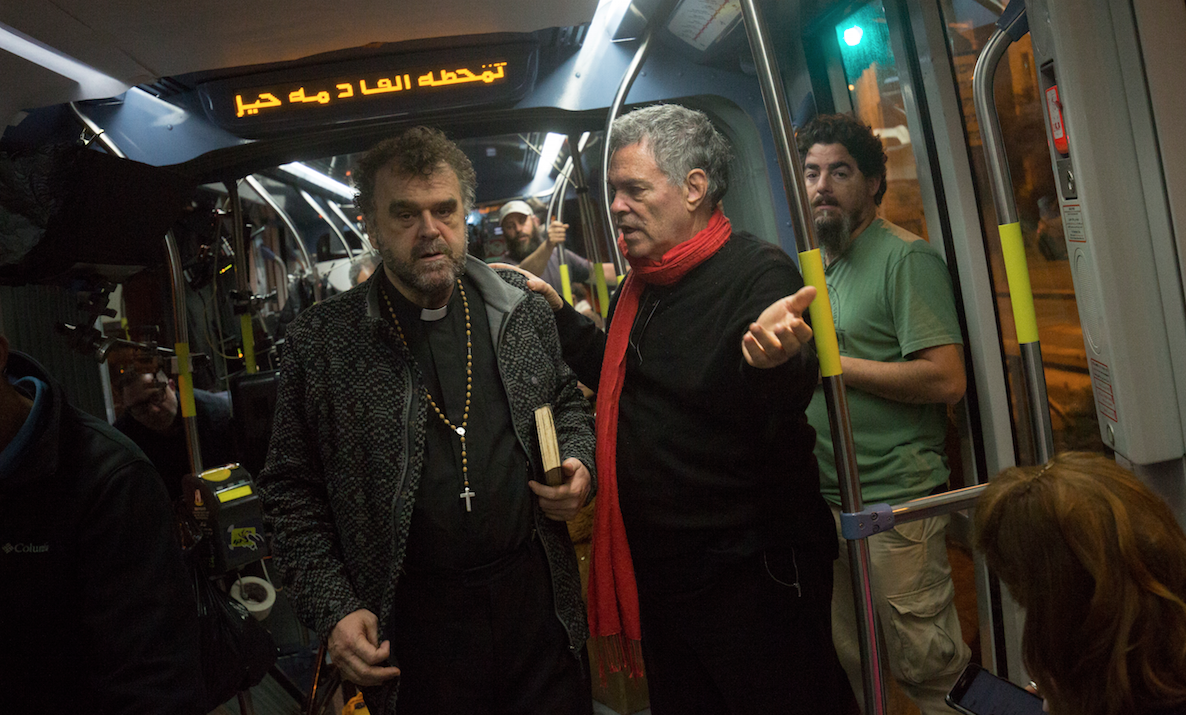 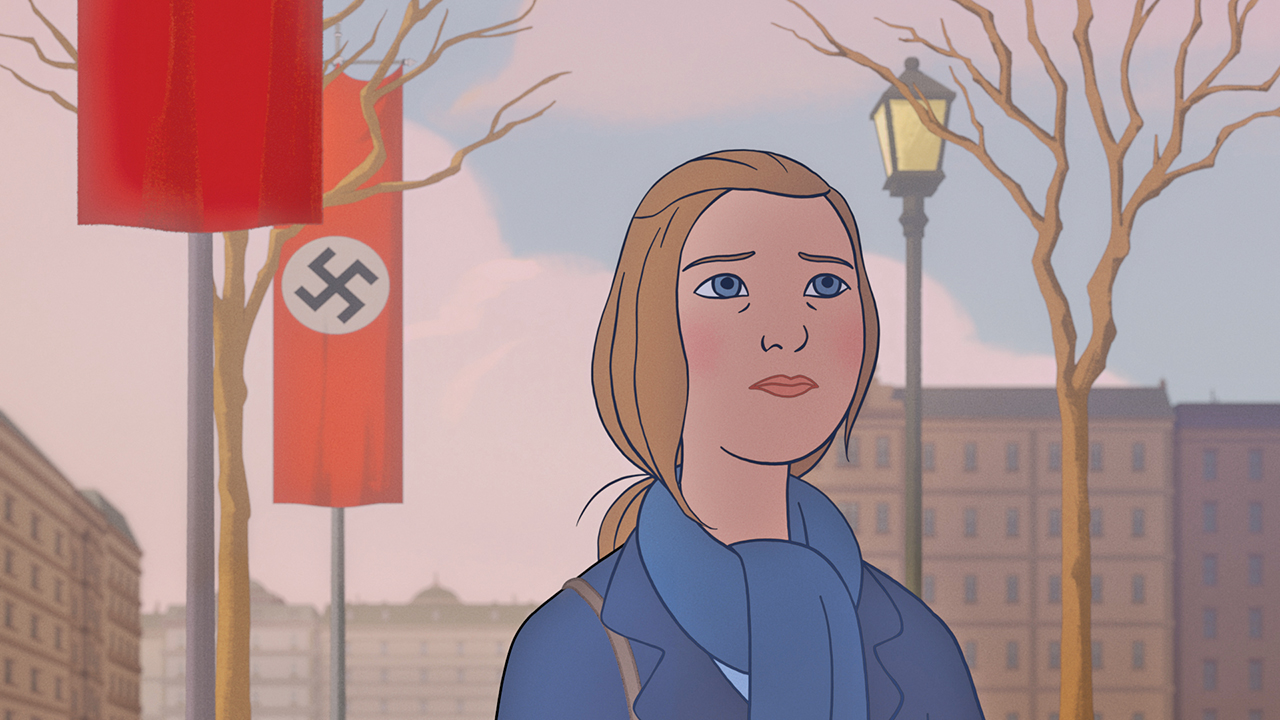