Cherished son of Ilana Bernstein and Diane Desmond; loving brother of Desmond, Anna and Chaltu Bernstein; adored grandson of Rhoda Bernstein and Beverly Desmond and the late Ron Bernstein and Joseph Desmond. He is survived by many loving aunts, uncles, cousins and friends.

Malik was a graduate of Brandeis-Hillel Day School in San Francisco and Mission High School. Even at a young age Malik enjoyed the finer things in life, including great cuisine, opera and his beloved Warriors. Malik was a kind and generous soul, always ready with a big smile or a warm hug. He was deeply loved and will be greatly missed.

Have you ever seen a shooting star? It passes quickly, but while it’s here it just lights up the whole sky, they are very rare, but I saw one.

Funeral services were held. In lieu of flowers, the family asks for donations to St. Anthony’s or the charity of your choice.

Born and raised in Irvington, New Jersey, along with his twin sister Marilyn by Ellis and Louise Cohen, Larry graduated from Rutgers University and earned a medical degree at New York Medical College. Growing up in a humble home with modest means, he worked his way through college and medical school, holding a wide variety of part-time jobs. He was very proud to declare that he was likely one of the few cardiologists, if not the only, who was also a longshoreman and Teamster.

While working at Metropolitan Hospital in New York during medical school, Larry met his wife-to-be, Helen Gruber. Despite his acerbic wit and sometimes sarcastic nature that scared her away at first, he won Helen over and they married in 1961. Over the next several years, his medical career took them to Illinois, Massachusetts, Vermont, West Virginia (where he served as a naval doctor and achieved the rank of Lt. Commander), Washington, D.C., at the National Institutes of Health, and Miami Beach, Florida. He and Helen became proud parents of four children, who were born in three different states.

After eight years in Miami Beach, Larry and Helen once again pulled up stakes and moved to Kansas City, where they would remain after such a peripatetic beginning. In Kansas City, Larry became Chief of Cardiology at Menorah Medical Center while also establishing his private practice that he maintained until this year.

In 1997, he lost his beloved wife Helen to cancer, but Larry found a new life partner and married Donna Gould in 1999. Larry and Donna traveled extensively, including regular excursions to Europe and Asia.

As the son of a truck mechanic, Larry developed an interest in automobiles from a very young age. In addition to tinkering with the regular family cars, Larry found and completely restored a 1960 Jaguar to mint condition, literally picking it up off the junk heap. Few friends and family were immune to his interest in cars, which frequently manifested itself in his offers to change the oil in their cars. He most often could be found on a weekend with car grease under his fingernails and oil stains on his surgical scrubs.

Larry was also a connoisseur of fine wine and clothing. He built his own wine cellar in the basement of their Mission Hills home and filled it with first-growth Bordeaux and Grand Cru Burgundy. On his travels around the world, he would seek out clothing stores that carried his favored Zegna suits, and he welcomed the chance to acquire custom-made clothing.

Services were held Sept. 29 in Overland Park, Kansas, with interment at Rose Hill Cemetery. In lieu of flowers, donations can be made to the Friends of the Israel Defense Forces, the American Heart Association or the charity of your choice. Online condolences may be left at louismemorialchapel.com.

Jack M. Garfinkle passed away on Sunday, Sept. 17, at the age of 84 after a long struggle with MDS. His final days and hours were spent surrounded in love, enjoying conversation and fond memories with his wife, Arlene, whom he was married to and adored for 58 years, his daughters Jill, Jodi (Chris), son Joel (Jueli), and granddaughter Ashley.

Born and raised in Oakland with parents Samuel and Ruth Garfinkle, older brother Gene and sister Ellen, Jack was a true Bay Area native. He was president of Oakland High in 1950 and graduated from UC Berkeley with a degree in business education. He commuted to San Francisco for 30 years as a stockbroker. He was stationed in Japan while serving in the U.S. Army.

Jack’s lifelong hobbies included horses, traveling, theater and playing racquetball several times a week. During his retirement, Jack and Arlene became avid glass collectors, often identifying amateur artists long before they became noteworthy. Jack’s warm disposition and beautiful spirit were a gift to all who knew him. He had an easy smile, an endearing chuckle, and enjoyed himself most with family nearby. He was a genuine great guy who was liked by all who knew him.

Aaron Shenson, a San Francisco native, passed away peacefully in his home on Sept. 9, 2017 at the age of 97. Aaron was the second child of Joseph and Francis Shenson. He was a happy man who led a beautiful life. He was an accomplished bridge player who loved to travel and spend time with the family he adored.

Aaron graduated from Lowell High School, Menlo College and served in the United States Army. In 1943 he married Alma Furst, the love of his life, and they had three children, Judie Belmont (Hal), Carol Shenson and Charles Shenson (Gayle). He was blessed with four grandchildren, Marc, Laura, Leslie and Eric, and three beautiful great-granddaughters, Mila, Eloise and Carolyn. Aaron is predeceased by his wife, Alma, who passed in 2014.

A private celebration of his life will take place in New York in late October. Memorial contributions may be sent to the Retina Research and Education Fund at the Pacific Vision Foundation or To Celebrate Life Breast Cancer Foundation. 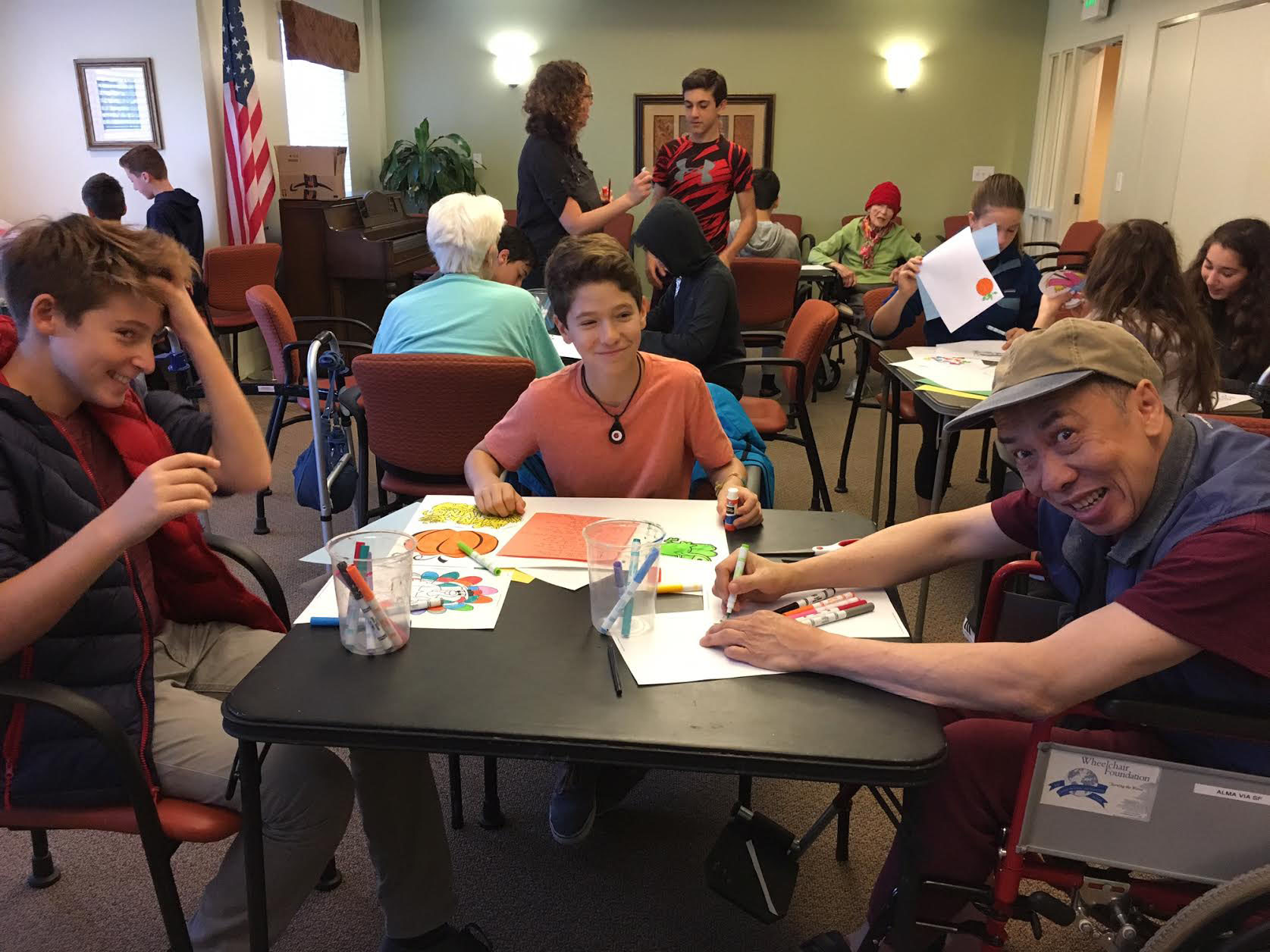