An audacious work of art that melds raw emotion and absurdist allegory into a blistering assessment of contemporary Israel, Samuel Maoz’s “Foxtrot” deserves to be seen and demands to be discussed.

Winner of the Grand Jury Prize at the Venice Film Festival — where Maoz’s taut debut “Lebanon” won the Golden Lion in 2009 — and eight Ophir Awards (Israel’s Oscar equivalent) including best film, director and actor, “Foxtrot” uses a small-scale story to examine some of Israel’s deepest issues: the sacred concept of military sacrifice, the oppression of the Palestinians and the legacy of the Holocaust.

Skillfully strewn with ironies all the way to the final shot, “Foxtrot” was shortlisted for the Academy Award for best foreign language film but did not receive a nomination. The film opens March 16 in San Francisco and March 23 around the Bay Area.

The film begins with a middle-age man (the sublime Lior Ashkenazi, who played a fictitious prime minister in “Norman” in 2016 and Yitzhak Rabin in this month’s “7 Days in Entebbe”) and his wife answering the door to the worst possible news for parents with a son in the army. Even as the gravity of the situation and the intensity of his response wallops us in the face, Maoz counterintuitively undercuts the emotional naturalism with precision camerawork and stylized set design.

It appears, at first, that the filmmaker is evoking the surreal, detached and alienating experience of being struck with a life-changing bulletin. But we get the nagging feeling, from the father’s black-humor interactions with the army messengers to the off-center introductions of his wife and daughter, that there’s more on tap than the melodrama of domestic tragedy.

Indeed, Maoz pulls the rug out from under us, then cuts from the climate-controlled setting of a modern apartment to an isolated checkpoint in the barren, forgotten north of Israel. This is where the son, Yonatan, is assigned the “mission” of guarding a remote, nonessential road with a handful of other bored young men.

The tilted shipping container that comprises the soldiers’ base and barracks fronts on a puddle-strewn field, which they must trudge across to the checkpoint. The roadblock itself is cartoonishly minimalist, resembling a set you’d see onstage more than a military installation, and putting us in mind of surrealist (anti-)war films like “Apocalypse Now” and “Catch-22.”

Nothing happens in this godforsaken spot — and everything happens here. Each detail has significance, though it may not be immediately evident. In fact, the meaning of a close-up or sound cue may remain obscure until the movie is over, at which point the viewer must arrive at his or her own interpretation.

Two key events occur at Yonatan’s base, one at the checkpoint involving a carload of Palestinians heading home from a party and the other in the barracks when the soldiers are killing lonely downtime. The latter scene, in which Yonatan relates an anecdote from his father’s youth, is the most astonishing passage in this taboo-trampling movie.

Yonatan has rendered his memory into a graphic novel, and Maoz brings it to life in the form of animation. This harrowing episode connects the Holocaust — and the self-reliance, persistence, shared sacrifice and residual faith that the survivors applied to building the Jewish state — to a modern Israel where idealism has curdled into a pursuit of temporary pleasures, and worse offenses.

Threaded through “Foxtrot” is a critique of Israel’s leaders for maintaining a culture of cynicism and corruption that results in the unnecessary deaths of young soldiers. (The film generated controversy in Israel, where the culture minister threatened to cut off funding to filmmakers who depict the country in a negative light.) Furthermore, each loss is described as heroic regardless of the circumstances.

This is not unique to Israel, of course, but it’s harder to push back against the military spin when you’re a small country surrounded by enemies than if you were a superpower. Maoz satirizes PR functionaries in the opening scene, in fact, and never stops spearing sacred cows.

Maoz’s triumph, finally, thanks in large measure to Ashkenazi’s vulnerable performance, is tracking the human cost amid the not-quite-real scenarios and sociopolitical commentary.

“Foxtrot” is an altogether remarkable work, not least because it is a beautiful film about ugly truths.

“Foxtrot” opens Friday, March 16 at Embarcadero Center in San Francisco and March 23 at the Albany Twin in Albany, Century 16 in Pleasant Hill, CinéArts in Palo Alto and the Smith Rafael Film Center in San Rafael. In Hebrew with English subtitles, 113 minutes, rated R for some sexual content including graphic images and brief drug use. 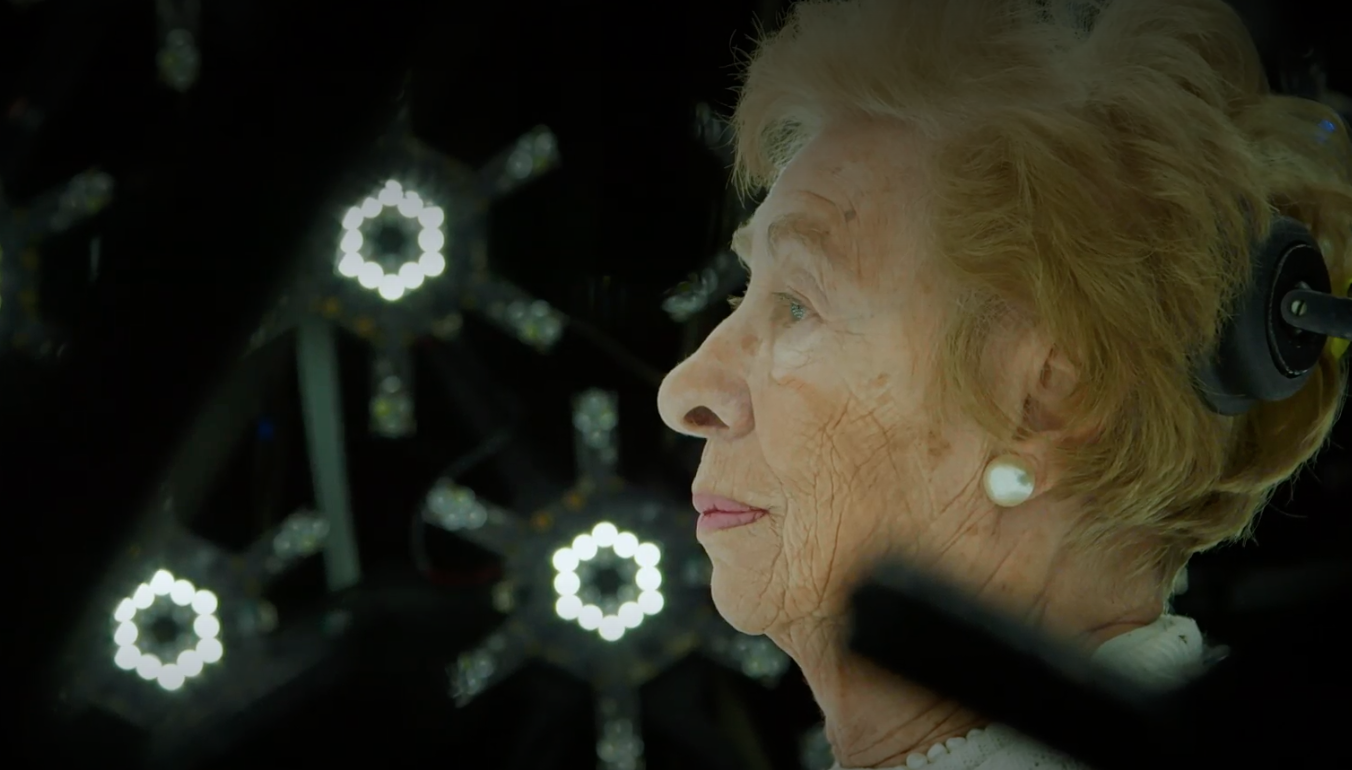