Susan Duhan Felix, 80, was all bubbly about the Alvin Ailey dance flash mob she would join later in the week on the Berkeley campus. She was equally enthusiastic about a reading of poems written by her late husband, Morton Felix, at a local play about love. And she was fizzing over with ideas for the second episode of her TV show, produced by Berkeley Community Media.

Felix, a Berkeley ceramicist and poet, is known for embracing things she’s never done before. Like being a television host, a medium entirely new to her. No matter! “East Bay Art Beat,” a monthly half-hour segment showcasing local creative activity, premiered April 4 on Berkeley’s public access channel 28. A new episode will air on May 2.

“I was so nervous,” she said by phone from her home in Berkeley, “but I’m delighted that I have been asked to host a program on the arts. It’s just thrilling for me to do.”

The vivacious Felix is a working artist who takes equal joy in promoting other artists. She co-founded the Berkeley Cultural Trust and the Jewish Arts Community of the Bay (JACOB) in 1979 and served in many other civic arts capacities over the decades while working and raising a family. Meanwhile, she developed skill in “pit-firing” ceramics, an ancient technique that she waded into on her own and resurrected, earning widespread renown. Last year she had a 60-year retrospective of her artwork at the Graduate Theological Union in Berkeley.

Felix also loves to dance, and will do so at any opportunity, including past events at the Contemporary Jewish Museum and the Humanistic Judaism community Kol Hadash. She gets together frequently with Bay Area modern dance pioneer Anna Halprin, her senior by some 17 years, to free dance up on Mount Tamalpais.

Among many other career descriptions, Felix holds the title of Berkeley arts ambassador, an unpaid role created for her in 2003 by then-Mayor Tom Bates. His successor, Mayor Jesse Arreguín, asked her to stay on. For 15 years now she has presided over a monthly ceremony at Berkeley City Council meetings to honor a different Berkeley artist. When it comes to the local arts scene, Felix knows everybody.

The inaugural segment of “Art Beat” featured Samee Roberts, managing director of the Bay Area Book Festival (April 28-29); Brandi Brandes, executive director of the music venue Ashkenaz, talking about Bay Area Dance Week (April 27-May 6); and Steve Budd, whose original play “What They Said About Love” closes April 21 at the Marsh in Berkeley.

Felix also presented Faye Carol, a singer honored last month by the Berkeley City Council: “We showed a clip of her getting the award.”

She rounded off the half-hour with a reading of a poem by Rumi.

It was Felix who suggested that Berkeley should have a poet laureate. The first so-named was Rafael Jesus González, in 2017, and he will appear on “Art Beat” in the near future.

“I’m going to end every program with a poet, or a poem,” she said.

She was excited to use the first “Art Beat” show to promote Bay Area Dance Week, which she said will have “hundreds of free events.”

“What I want to do with this show is to showcase all the arts, and tell people about all the free cultural events that anyone can attend,” she enthused. “My aim is to get a really good mix of artists in terms of gender, race, ethnicity and mediums.”

Winston Burton, chair of the Berkeley Community Media board, first suggested that Felix host a new show about the arts.

“It was a great idea,” said “Art Beat” producer Brian Scott. “Berkeley has always gotten behind the arts in a big way. But it’s about time that there is an arts show actively produced by the staff in a community station. And Susan is terrific.”

There’s no doubt, Felix affirmed, that having a television platform will amplify the work she is doing as city arts ambassador. It will help her get the word out to a much wider audience, she says, about how much is going on in the arts — not only high ticket-price culture, but also that which is affordable or free.

For the next show, on May 2, playwright and stage director Bruce Bierman will converse with her about his new play, “Wonder,” a Stagebridge production opening the following night at the Phoenix Theatre in S.F.

She’ll also have an organizer from Carnaval, the annual celebration of Latin American culture in San Francisco’s Mission District.

And she’s invited Lester Chambers, former lead singer of the Chambers Brothers. The Berkeley City Council honored him in 2015.

Clearly she won’t be running out of ideas for guest artists any time soon. But she invites suggestions. Email Brian Scott at [email protected] or call the station at (510) 848-2288 ext. 13. 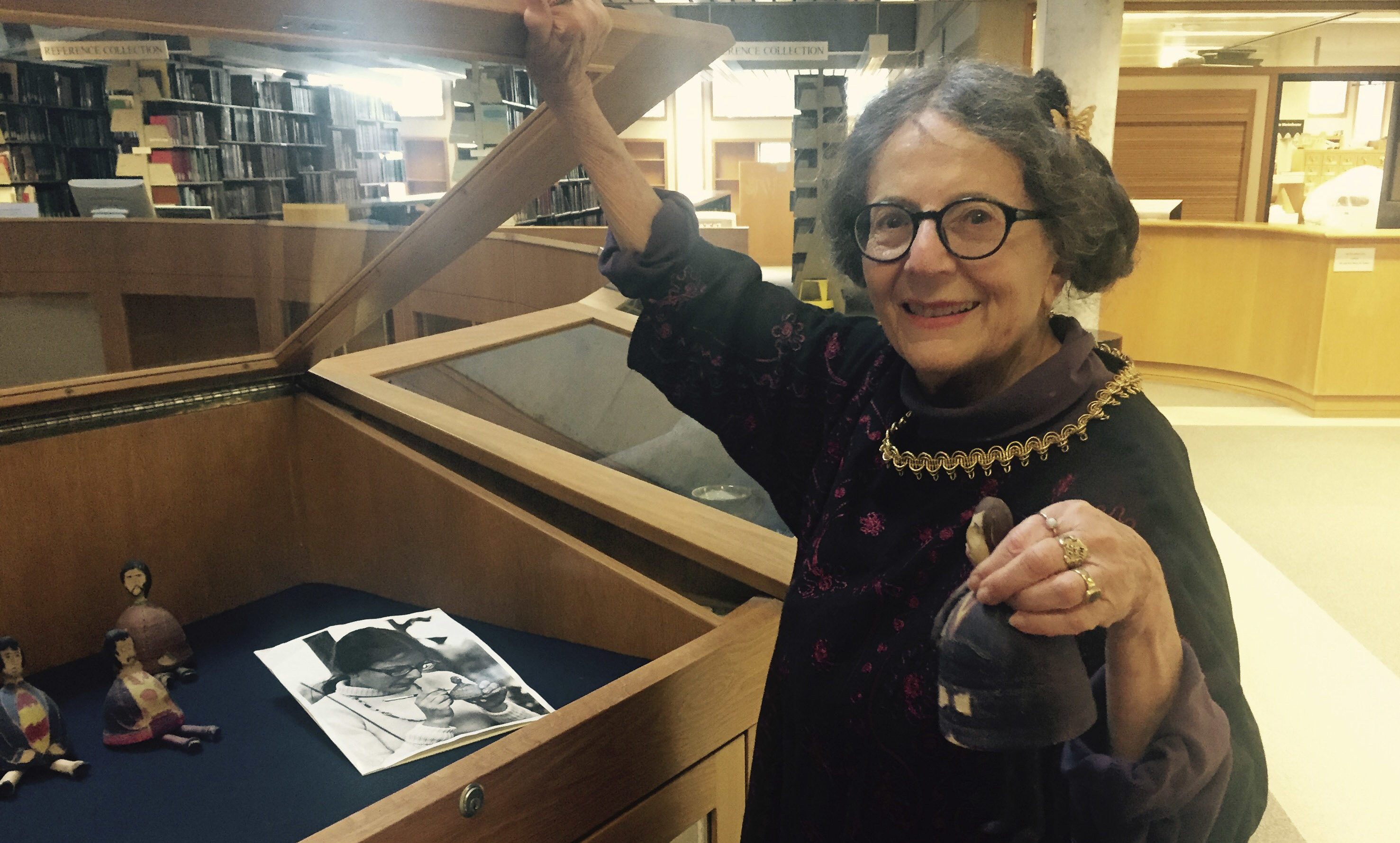