Coming up in Marin: Moth-style storytelling event about Israel

Not to be outdone by The Moth, the famous live show that travels the country and is broadcast on public radio, the Osher Marin JCC has called local storytellers and aspiring performers to the stage with a tale they’ve always wanted to tell.

The first-time community event, “Inspired by the Moth in Marin,” has a particular focus: stories about Israel, in celebration of the nation’s 70th anniversary.

Co-sponsored by Brandeis Marin and Congregations Rodef Sholom and Kol Shofar, with the support of the Federation, the May 11 event is not an official production of The Moth “but very much adheres to the spirit of that show,” said Heidi Sanders, director of the JCC’s Center for Jewish Peoplehood.

Would-be storytellers pitched their stories to the production group well in advance. JCC director of Jewish engagement Joanne Greene, who had a prior career in radio, worked with the selected raconteurs to craft their stories for length and impact. Each storyteller will have five minutes on stage and will be recorded for a podcast.

“The stories will be true, or true to the tellers’ experiences,” said Sanders, “and we worked with them to make sure that their performances conform to The Moth standards as much as possible.”

The JCC has produced podcasts that are selected recordings of its Jewish Thought Leaders program, but this will be the first time a live show will be recorded.

“Inspired by the Moth in Marin” starts with a Shabbat service at 6:15 p.m. at Congregation Rodef Sholom, 170 N. San Pedro Road, San Rafael, followed by the storytelling event at 8 p.m. at the JCC, 200 N. San Pedro Road. The event is free, with RSVP requested. 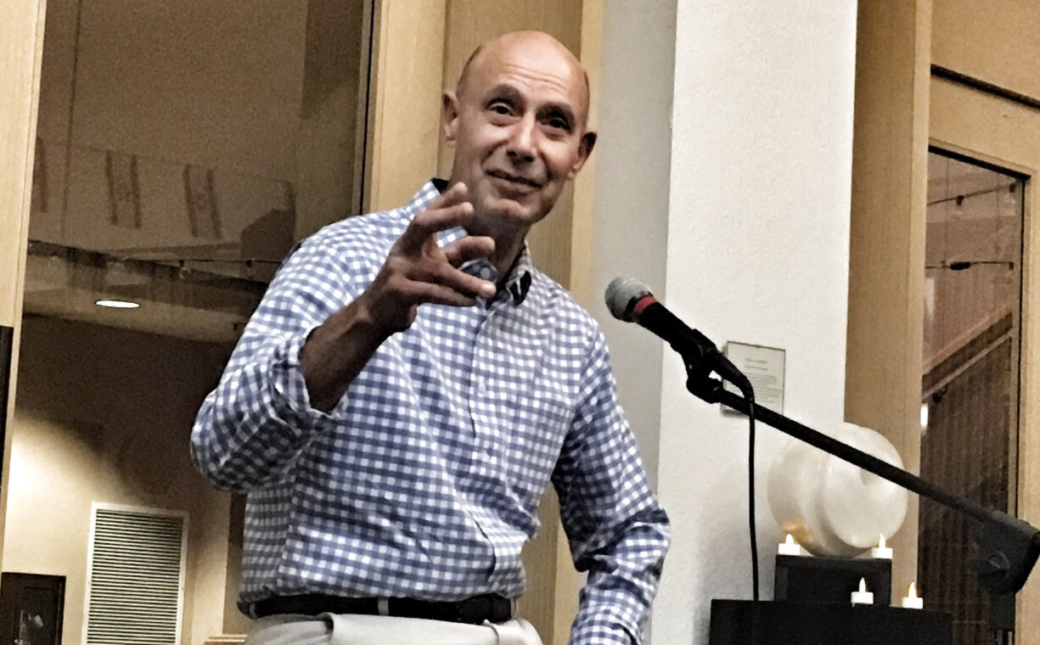