For Bay Area native Yoni Mann, a 2005 trip to Israel with Jewish Community High School helped start him on a lifelong journey that landed him in Israel — and led him to run for a seat on the Jerusalem city council this fall.

Mann, 31, who was part of the first graduating class at the San Francisco high school, has been living in Israel for the past seven years. After serving in the Israel Defense Forces, he worked for four years at the advocacy and education organization Jerusalem U, promoting and organizing Israel education experiences on North American college campuses.

He also has been board chairman of the World Union of Jewish Students for the past year. And now he’s running for a city council seat as part of the pluralistic Hitorerut party in the Oct. 30 municipal elections.

Mann, who grew up in South San Francisco, said his Israel trip as a JCHS student 13 years ago was his second such journey, having gone on a Jewish Federation of the East Bay visit a couple of years earlier. While he was studying business marketing at CSU Northridge, he also went on several organized trips to Israel.

“JCHS helped me realize that I have a voice, and the JCHS trip introduced me to other people who have their own voices,” he told J. “The JCHS trip was part of a wider process that made me fall more and more in love with Israel each additional time I set foot in the country, making it harder to leave. It had an emphasis on engagement and partnership with my Israeli counterparts.”

There are eight day schools and two Jewish high schools in the Bay Area that lead organized Israel trips. The day school students take the journey in eighth grade, while the high schoolers go as juniors. For some, like Mann, the trips prove life-changing.

Before his visits to Israel, Mann said, he thought of Israel as “the place where my cousins lived, and where almost everything is kosher.” After the trips, he realized “it was a place of opportunity, filled with pluralism and many different types of populations.”

Living in Israel means he can live by the Jewish calendar, he said, and not have to take vacation days from work or fight with professors to observe Jewish holidays.

“In Israel, I feel part of the revival of the Jewish state, and live comfortably as a Jew, as one should in his or her own home, without feeling like an outsider,” he said.

“For thousands of years, our ancestors dreamed of returning home, to the land of Israel, and now I have that opportunity to join my people in our homeland,” Mann added. “I’ve been in Israel for the last 7½ years and am hoping to be here forever.” 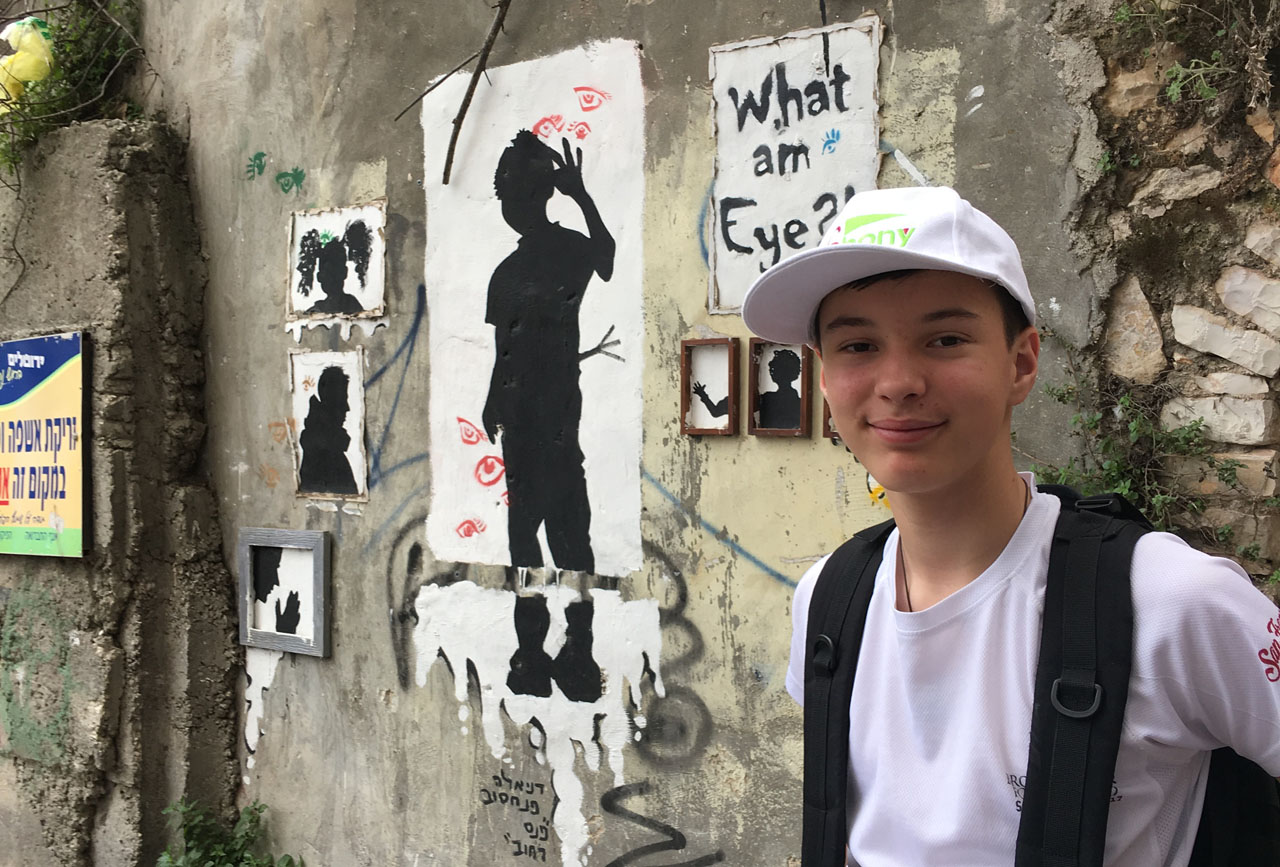