With the 70th anniversary of the Universal Declaration of Human Rights coming up in December, Michael Tilson Thomas knew exactly what piece to select for his penultimate season as musical director of the San Francisco Symphony.

Some 28 years ago, with his star rising in the world of American conductors and composers, Tilson Thomas had been contacted by actress Audrey Hepburn and asked to create a musical performance piece based on “The Diary of Anne Frank.” At the time, Hepburn was a goodwill ambassador for UNICEF.

“She spent her teenage years in Holland during the war and had great sympathy for what Anne and others like her had gone through,” Tilson Thomas said. “And she wanted to bring [Anne’s] words to a wider audience.”

A pianist and composer by training, Tilson Thomas saw the potential for a creative melding of words and music, and together they quilted a composition of “songful” instrumental music and the spoken word. The music was composed by Thomas using themes from the Mourner’s Kaddish, and the words were taken from Anne’s diary, penned nearly 50 years earlier during the Holocaust.

“From the Diary of Anne Frank,” with Hepburn narrating and Tilson Thomas conducting, made its debut in Philadelphia in 1990, followed by a UNICEF tour to several cities. Since then, the 36-minute piece has been performed in locations around the United States and worldwide, but never in San Francisco, where Tilson Thomas has been musical director since 1995.

The virtuoso work for narrator and orchestra will make its local premiere on Nov. 15, the signature piece in a two-concert series in which the San Francisco Symphony will pay tribute to the United Nations’ milestone human rights document of 1948. Three more performances will follow on Nov. 16, 17 and 18.

The Universal Declaration of Human Rights — which established, for the first time, a set of fundamental unalienable rights to be universally protected — was proclaimed by the United Nations General Assembly in Paris on Dec. 10, 1948, about three years after the end of World War II.

“I haven’t performed the piece in decades,” Tilson Thomas told J. by phone from Miami, home of the New World Symphony, an academy he co-founded 30 years ago. “Looking at it again, I was amazed at how emotional and undisguised it is.” And how appropriate for these times, he added.

As for his collaboration with Hepburn, he recalled the process as being tender and intuitive. “She was the kindest and most genuine person I have ever met,” he said.

Hepburn, though not Jewish, endured the German occupation of Holland for five years when she was studying ballet at an academy in the eastern Netherlands. She witnessed the deportation of Dutch Jews to the concentration camps, a traumatic event, she said later in her life. The Belgian-born Hepburn and the German-born Anne were nearly the same age (born in May and June of 1929, respectively), and the diary was always close to Hepburn’s heart.

“Anne came back to my attention because of Audrey,” said Tilson Thomas, who read the diary in school while growing up in Los Angeles.

To prepare for the writing project, Tilson Thomas and Hepburn both reread the book and compared passages that each felt were particularly striking. The then-45-year-old director taped Hepburn as she read them aloud to him, and he used her spoken phrases to help compose an accompanying four-part work that expresses the arc of Anne’s experiences while in hiding — her youthful optimism and her humanitarian spirit, as well as the tragic events that surrounded and ultimately consumed her.

“I created music that I think is a reflection of the cadences in Audrey’s voice, as well as of these phrases that, in one way or another, came out of one of the notations of that most beautiful hymn to life — the Kaddish,” Tilson Thomas said.

Hepburn, who died in 1993 at age 63, will have her narrator role reprised by Isabel Leonard, an internationally celebrated mezzo-soprano born in New York City. Tilson Thomas worked with her in 2017 during the Davies Symphony Hall concerts celebrating the centennial of Leonard Bernstein’s birth.

That Tilson Thomas would reach into ancestral ritual for musical inspiration is notable, considering he grew up culturally Jewish but not religious. Born in Los Angeles in 1944, the only child of Roberta and Ted Thomas, he was the grandson of Boris and Bessie Thomashefsky, who were renowned in the Yiddish theater in New York and had descended from a long line of artistically inclined Russian Jews.

“Cantors, dreamers and entertainers — I think the family was split between those three occupations,” Tilson Thomas said.

Their influence echoed in the young Michael’s childhood home, which he described as “awash with music of all kinds.” He heard Yiddish theater music (Bessie eventually came to L.A. and was a regular presence in his life), Broadway tunes, folk songs and jazz — but also Stravinsky, Schoenberg, Haydn and Brahms. His father, a stage manager, was also an avid musician, though he had lost some of his hearing to a childhood illness and later, exposure to artillery fire in World War II.

“From a very young age, I was always in touch with the dream world of music, the world that music opens up,” Tilson Thomas said. “I was constantly around people making music, singing and playing, the main one being my father.”

Naturally, the young Tilson Thomas “dabbled” in music and started playing the household piano. Recognizing his talent, his parents decided he should learn to read music, as his father never had (though he was “an amazing improviser of original compositions,” Tilson Thomas said). “In the small zone of hearing my father had left, what he could hear was extraordinary,” he added. “He could hear what the music was really about, and he was the one who opened all that up for me.”

At about 12, Tilson Thomas began formal classes in piano and theory. “But what music was really about,” he said, “was already in place — from him.”

In the continual flow of the family’s social interests, artistic projects and productions, religious practice took a seat way at the back. Tilson Thomas did not have a bar mitzvah, and his family was quite radical, he said. “They were theater people, Yiddishists, involved in left politics to some very fugitive degree.”

Still, he was deeply steeped in Jewish culture and hesitates to describe his family as secular. “I knew all the Yiddish songs, the poets, the plays, and a lot of the history of what had [befallen Jews] in various countries at different times,” he said. “And when I compare the experience of my household to the homes of lots of my American friends who were bar mitzvahed and whose parents did belong to congregations … I would say that our home was far more Jewish, in its flavor.”

Everything he came to know about his religion’s traditions came later, when he chose to delve into Judaism on his own “in college and thereafter.”

He attended the University of Southern California, studying composition and conducting with Ingolf Dahl and piano with John Crown. His tireless, single-minded preparation for a musical career met opportunity when, in 1969, he was called to replace an unwell Boston Symphony Orchestra conductor William Steinberg mid-concert, bringing Tilson Thomas to international recognition at the age of 24.

In 2005, after countless musical accomplishments as pianist, composer and conductor, he would seek to portray the world of his grandparents in a concert stage show he conducted at Carnegie Hall. “The Thomashefskys: Music and Memories of a Life in the Yiddish Theater” was filmed for the PBS series “Great Performances,” airing in 2012. Since 2017, Tilson Thomas also has presided over the Thomashefsky Project, a $2 million undertaking to record and preserve his grandparents’ theatrical achievements and the contributions of early American Yiddish theater to U.S. culture.

And he has continued to explore the potential synergies of words and music in other works, such as a 1995 piece that memorialized the 50th anniversary of the bombing of Hiroshima, and two 2002 compositions, “Poems of Emily Dickinson” and “Urban Legend.”

“The process is one of trying to come up with music which seems, in my mind and spirit, to authentically represent and reveal the things that the words suggest,” he explained. “I work very slowly on these songs. I really wrestle with the problems. It’s very talmudic.”

As part of the Anne Frank program, Tilson Thomas also will conduct Beethoven’s testament to liberty, his “Eroica” symphony; and for the second program celebrating the U.N. human rights declaration, scheduled for Nov. 23 to 25, he will conduct Beethoven’s Symphony No. 9, which includes a last movement, “Ode to Joy,” considered by many to be a roaring statement about freedom and humanity.

Though Tilson Thomas is heralded as a conductor, he said the act of composing touches, and draws on, a deeply intrinsic part of his being.

“The works of other composers that I perform are another thing entirely,” he said. “My own music is rooted in song, and absolutely comes from the music I heard as a child in my parents’ house. Some of the twists and turns of phrases that I write are just there — that’s me.” 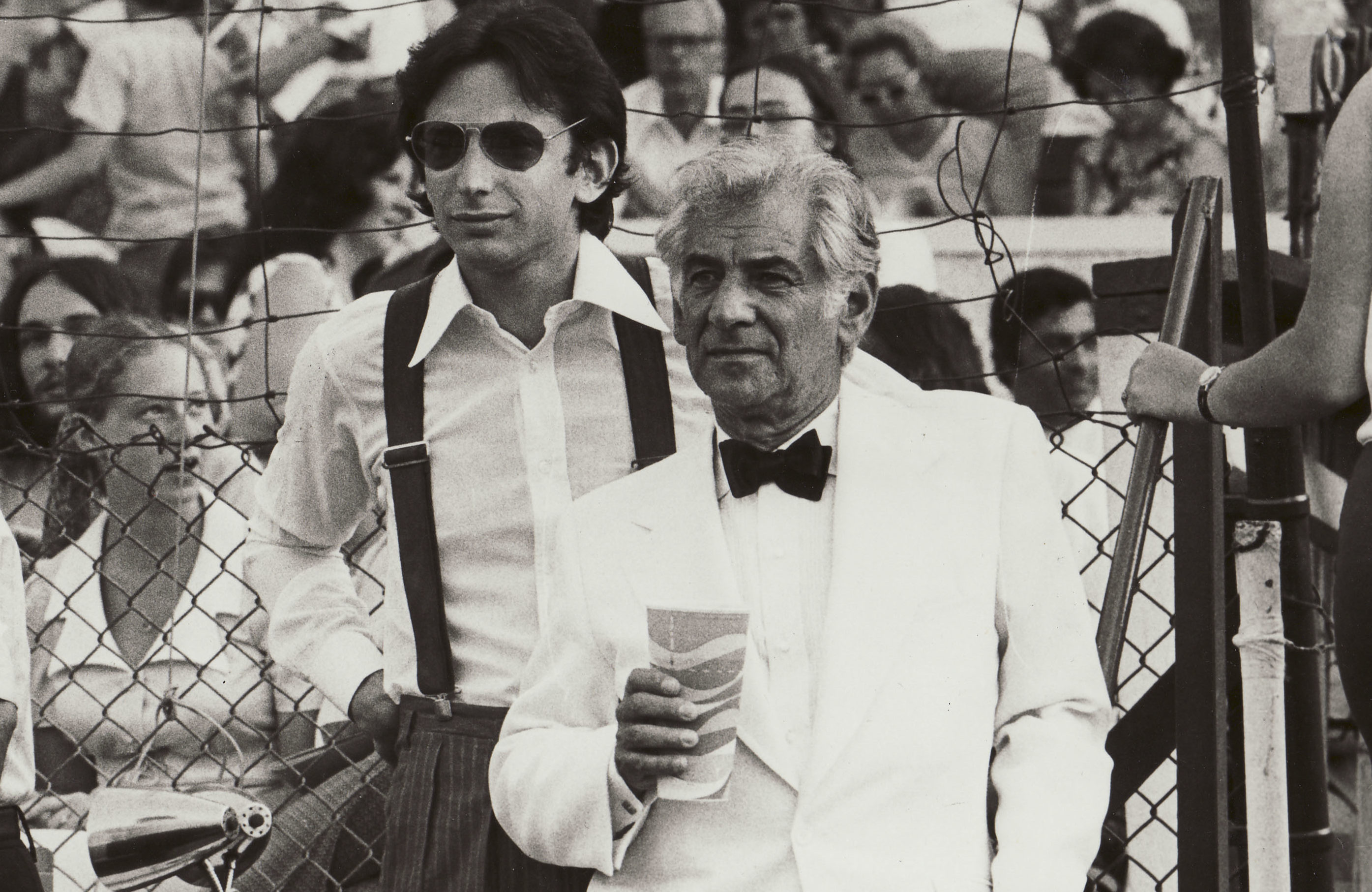 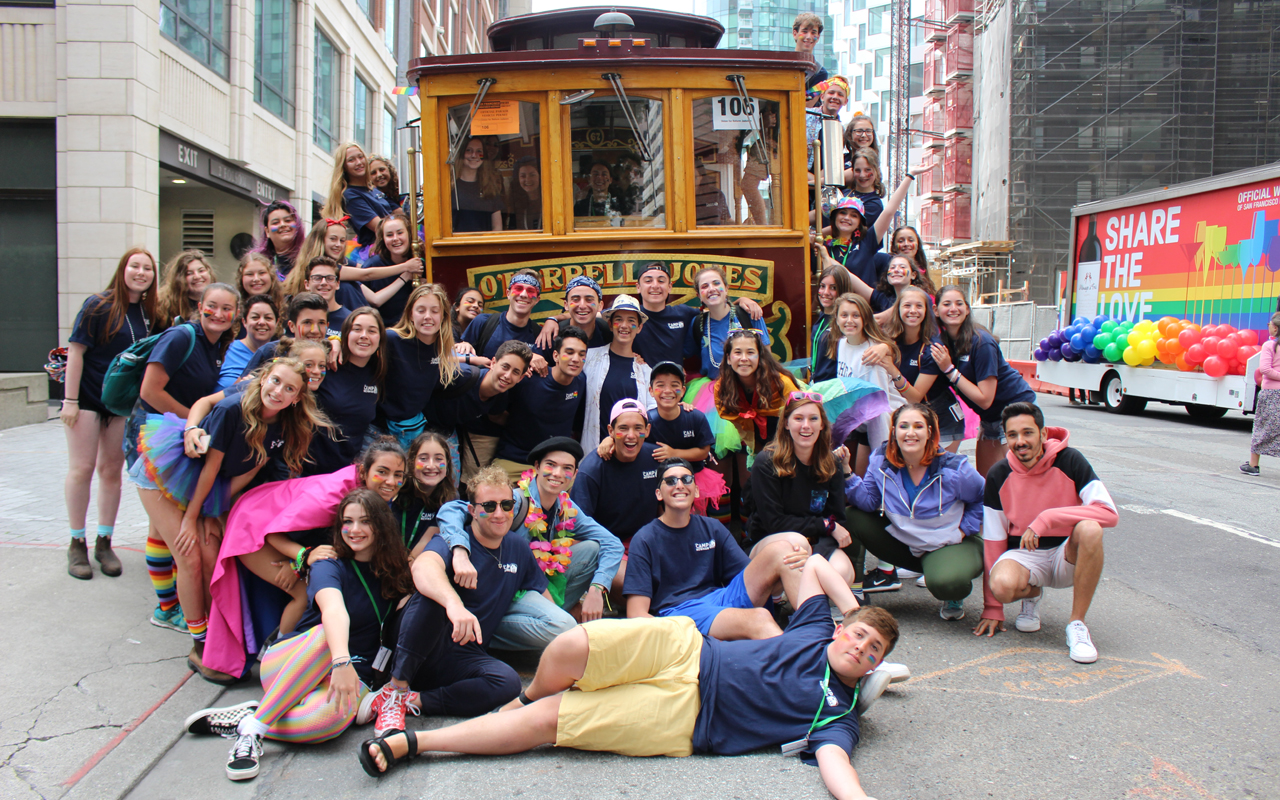