Dancing at an event for Holocaust survivors? I’m glad I was there

Three things happened when I turned 8 in 1961: Nazi war criminal Adolf Eichmann went on trial in Jerusalem, an event beamed around the globe; Otto Preminger’s Hollywood blockbuster “Exodus” finally arrived, with much fanfare, at our elegant Mercury Theatre in Detroit; and our entire Hebrew school was schlepped into the auditorium to witness graphic World War II atrocity films.

It was a veritable triple-header of Holocaust imagery.

The Hebrew-school films were compliments of the Allied liberation of the infamous Buchenwald concentration camp, and featured industrial bulldozers pushing stacked piles of skeletal corpses into hastily dug mass graves.

Years later, I managed to track down Batia, one of my former Hebrew school teachers, and reproached her for subjecting young, impressionable children to such horrors. “It all left me with recurring nightmares and dark fantasies for years to come,” I pleaded.

“We never did that with children so young,” came the self-assured response. But I remember the truth, and those pitiless images remain ingrained in my psyche.

These and many other memories were on my mind as I set out for a recent conference in West Palm Beach, Florida, for the World Federation of Jewish Child Survivors.

The timing of the conference proved especially sensitive. First, it was scheduled for the weekend of Nov. 9-11, commemorating Kristallnacht, the anti-Jewish pogroms that swept Germany in 1938. Then two short weeks before the planned opening festivities came the horrific slaughter of 11 men and women at the Tree of Life synagogue in Pittsburgh. It left many of us feeling incredibly vulnerable and fearful. After a string of ugly anti-Semitic incidents, when and where would the next shoe drop?

At the conference, I gained and internalized a new identity: 2G, or Second Generation survivor. Sadly, most of the adult concentration camp survivors are no longer with us; 1G survivors were mostly children at the time. Many of them, such as my longtime pal Rolf from Dresden, survived because of the so-called Kindertransports that brought him and hundreds of other Jewish children to relative safety in England. Others, such as my dear friend Ann Marie, were hidden by compassionate non-Jews, in her case, loving nuns in a convent in Belgium. She was so grateful, she temporarily converted to Catholicism.

Most of these child survivors faced some degree of trauma and separation anxiety, but despite all odds they managed to escape the Nazi mass killing machine, and eventually marry and raise families after the war.

Listening to their adult children’s stories was both fascinating and heartbreaking. The 2G experiences were varied and wide-ranging, but the sense of commonality and community was unmistakable. Almost immediately, I sensed that among these strangers, I also belonged. This was not a club I’d have chosen of free will. But having been anointed with that particular birthright, I was finally making an uneasy peace with it, and the steady moral compass that it gave me.

In my case, my life as the son of a Holocaust refugee took me to distant locales, some bearing sinister, hard-to-pronounce names like Sachsenhausen, Batajnica and Srebrenica. The first was a concentration camp in Germany, the second a series of mass graves at police training grounds outside of Belgrade and the third the site of Europe’s worst single genocide in eastern Bosnia, and each of them would eventually become subjects of my personal observation and investigation.

For years I became a man obsessed, asking friends to help me track down dangerous war criminals like Serbian Ratko Mladić, even pleading with them to accompany me to a mass grave in the south of Serbia that had been severely restricted from exhumation and which eventually would yield more than 70 bodies. “No way,” they sensibly responded. “We prefer to live.”

In truth, this kind of genocide investigation can lead to trouble.

In 2007, for example, I was nearly arrested by a German UN peacekeeping officer at the de facto border between Kosovo and Serbia. I suddenly began to experience a kind of emotional meltdown. My friend and work partner, Albinot, barely saved what could have become a very ugly situation: “Danke schoen, danke schoen,” he repeated over and over to the officer, in the only German phrase he could manage to muster, until the German was sufficiently placated.

We were quickly herded onto a bus, which brought us to the still unstable Serbian-majority sector of Kosovo, but not before my convoluted Holocaust flashback had turned full fury on my friend: “Don’t you ever apologize to a Nazi for me!” It was an accusation I kept repeating at increased decibels, while all of the passengers on the bus tried their best to ignore this very obviously insane American.

After I calmed down, my friend turned on me: “PD,” as he affectionately called me, “you see, you’re just a Jewish nationalist after all.”

I don’t think that’s true or fair, I retorted. But I do feel a mission to bear witness for the victims and survivors of genocide, and for those relatives of mine, dumped into some nameless mass grave outside of Warsaw. And that can be an intensely painful and frankly lonely process.

On the morning I was leaving the conference and West Palm Beach, my heart heavy after so much intense soul searching, another friendly 2G approached me. “You’re a real party boy,” he ventured, smiling slyly. “I was watching you, shaking it up on the dance floor.”

And it was true. Slowly but surely, for two evenings in a row, the dance floor filled up, first with a handful of courageous pioneers, then gradually with at least 100 of the conference attendees. Fanned on by the lilting tunes of traditional, eclectic Yiddish and Hebrew music, dancers spontaneously choreographed vivid group movements, forming concentric circles, spawning anarchistic, jubilant conga lines. “It’s our victory dance,” declared one. 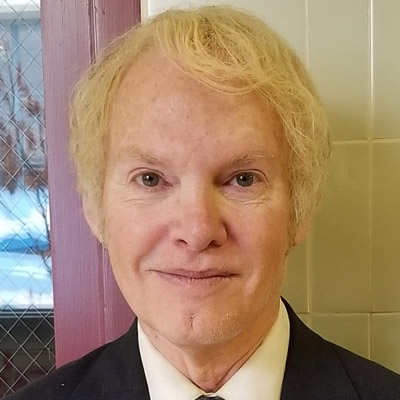 Robert Rope is a middle-school educator who writes freelance articles about war crimes. He lives in San Francisco.