Family, journalism, Peter Sellers and more on film at WinterFest

“Where do we come from? What are we? Where are we going?” — to borrow a title from the artist Paul Gauguin — could be the theme of WinterFest, coming to the Roxie and Alamo Drafthouse cinemas in San Francisco Feb. 16 and 17. With nine enticing films, the annual weekend festival of the Jewish Film Institute helps tide over Bay Area Jewish cinephiles until the summer’s larger San Francisco Jewish Film Festival.

This year’s offerings revisit some formative figures in American Jewish history, explore variations of Jewish life in other times and places, and examine some current issues facing Jews and Jewish communities.

The lineup includes four documentaries and five feature films, three of them from Israel.

An onstage discussion with the director and a protagonist of the event’s final film, the documentary “Home Page,” may be of particular interest to Bay Area audiences. Twenty years ago, when the internet was still fairly new and blogging especially so, independent filmmaker Doug Bloch set out to document the life of Justin Hall, a young man who had pioneered a personal blog while a student at Swarthmore College.

Hall’s web-based diary became hugely popular, starting out as a student’s guided tour of the internet and morphing into a detailed and intimate public account of his life. Try to remember when everybody and their grandmother weren’t doing this. In 2004, the New York Times Magazine named him “the founding father of personal blogging,” and he later joined HotWired, the first commercial web magazine, associated with Wired. Hall, who lives in San Francisco, is now the chief technology officer of the cannabis web company Bud.com.

Bloch’s documentary, which was nominated for the Grand Jury Prize at the 1999 Sundance Film Festival, focuses on the personal lives of the people behind some groundbreaking sites during the internet’s pivotal early years. Following the 8 p.m. screening, Bloch and Hall will discuss what the internet has wrought, 20 years down the line, and field questions from the audience.

At the other end of the media spectrum, the festival opens at the Alamo Drafthouse at noon on Saturday with “Joseph Pulitzer: Voice of the People.” Made for the PBS series “American Masters,” the documentary has a conventional format, but its subject, the penniless Hungarian Jewish immigrant who rose to prominence as a publisher of American newspapers, was a dynamic innovator. Pulitzer recognized the newspaper medium as one that should serve the immediate practical needs of new immigrants trying to find their way in a new society. He also wanted his newspapers, from the St. Louis Post-Dispatch to the now-defunct New York World, to help educate immigrants as to their duties as (eventual) American citizens. “There is only one way to get a democracy on its feet … and that is by keeping the people informed,” he wrote.

Needless to say, that same swelling demographic — daily newspaper readers, if he could convince them to part with a penny or two — would help build his fortune, the same fortune that would establish the Pulitzer Prize.

But Pulitzer never abandoned his class roots. He consistently sided with workers and sought to expose fraud, corruption and abuses of power. He famously exhorted his bespectacled city editors to get out of their carriages and muddy their boots, in order to witness what working people lived. He believed in a model of crusading journalism that set the professional standard for much of the 20th century.

“A journalist is the lookout on the ship of state,” he said (Pulitzer is portrayed in voice-over by Liev Schreiber, complete with Hungarian accent). “He is there to watch over the safety and the welfare of the people, who trust him.”

How quaint that may seem today. And yet, he spotted the potential for fraud and self-interest within the newspaper business itself, as well as in the unhealthy ties between business and government, and railed against it.

“Pulitzer spoke of ‘fake news’ over one hundred years ago. He fought the dangers that the suppression of news had for a democracy long before our present threats to press freedom,” JFI stated in a press release.

Rich in archival material, with expert commentary and quality reenactments, the film is a welcome and purposeful reminder of the continuing urgency of vigilant reporting, however the format may have changed.

Another Jewish immigrant who helped shape American culture — specifically, the Hollywood film industry — is portrayed in the documentary “Carl Laemmle.” Screening at noon on Sunday at the Roxie, director James L. Freedman’s film tells the life story of the German-born Laemmle, who, having worked at various trades in the U.S., heard a big bell go off in his mind the first time he watched a Nickelodeon entertainment.

“The pictures,” as they were insignificantly called then, were, in fact, the future of mass entertainment. Laemmle zeroed in on the technology’s promise and founded Universal Pictures. By the time World War II was underway, he had the power and resources to save over 300 Jewish refugee families from Nazi Germany.

“The Ghost of Peter Sellers,” playing at 3:30 on Sunday afternoon, offers an unexpected look at one shining star of that film world, the comic actor of the title.

Director Peter Medak, who was a hot property after his 1972 film “The Ruling Class,” narrates the story of how Sellers flaked out, mid-shoot, on his starring role in Medak’s 1973 pirate comedy “Ghost in the Noonday Sun.” He betrayed Medak, he nearly cost him his career, but “I loved him,” Medak asserts. “He was a genius.”

The film is utterly entertaining yet humanly complicated, and JFI programmer Joshua Moore said that Sellers’ identity as a Jew was also complicated. It wasn’t something that he often owned up to, but there are hints in the film of the cultural legacy that contributed to his unique persona.

Three Israeli films offer multifaceted observations of how certain universal issues are being experienced and processed in Israel.

At 5:45 p.m. on Saturday, Michal Aviad’s “Working Woman” weaves a family drama around Orna, a mother of three young children who returns to the workplace to help support her family, only to experience escalating sexual harassment by her boss.

“Family in Transition,” playing at 2 p.m. on Sunday, is director Ofir Trainin’s story of a family in a small Israeli town whose lives change completely after the father comes out as transgender and begins to live openly as a woman.

And at 5:45 p.m. on Sunday, “Redemption,” codirected by Joseph Madmony and Boaz Yehonatan Yaacov, depicts the tension between religious and secular lifestyles in a story centering on Menachem, a former frontman for a rock band who has become religious. When his 6-year-old daughter is diagnosed with cancer, he must find a creative solution to fund the expensive treatments.

From Denmark comes the rich period drama “A Fortunate Man,” directed by the Academy Award–winning Bille August (“Pelle the Conqueror,” “House of the Spirits,” “Jerusalem”). Set in the late 19th century, this sumptuously photographed film highlights the material contrast between the lives of Danish farmers and urban elites, some of whom happened to be Jews, at the cusp of the industrial age. The story follows a brilliant young man, punishingly raised by a rural clergyman, who seeks to escape his painful beginnings by becoming an engineer. While still a university student, he presents some avant-garde project ideas to a wealthy Jewish family and is embraced by them, in more ways than one.

This West Coast premiere offers a rarely seen look at Danish Jews of that era, many of whom were privileged by their wealth and education and took part in Danish society — yet remained apart because of quiet but pervasive anti-Semitism.

For the last film on Saturday night, JFI programmers made a selection aimed at a younger crowd. “Untogether” is the lone American feature and very much a contemporary story. Emma Forrest directs this ensemble drama about a cluster of Angelenos seeking emotional connections — as siblings, lovers and friends. In the course of their respective quests, they inevitably do things that are, as one character describes them, “un-together” — i.e., messed up or wrong. Jemima and Lola Kirke co-headline the drama, which costars Billy Crystal. 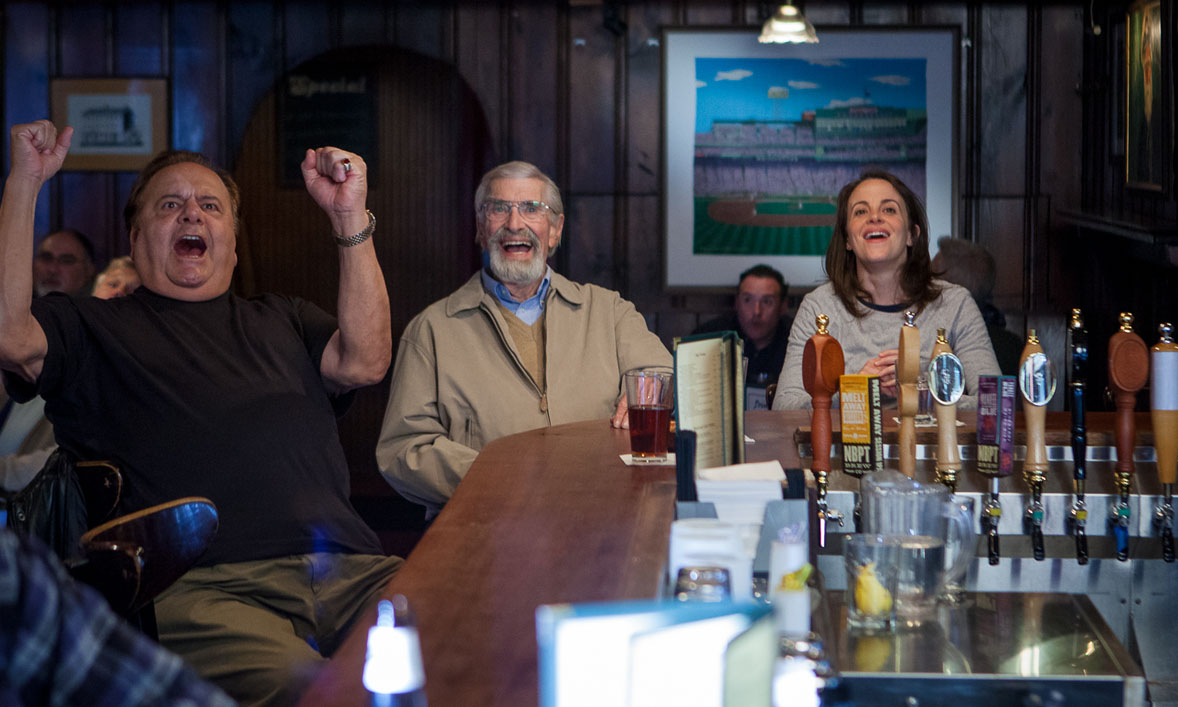 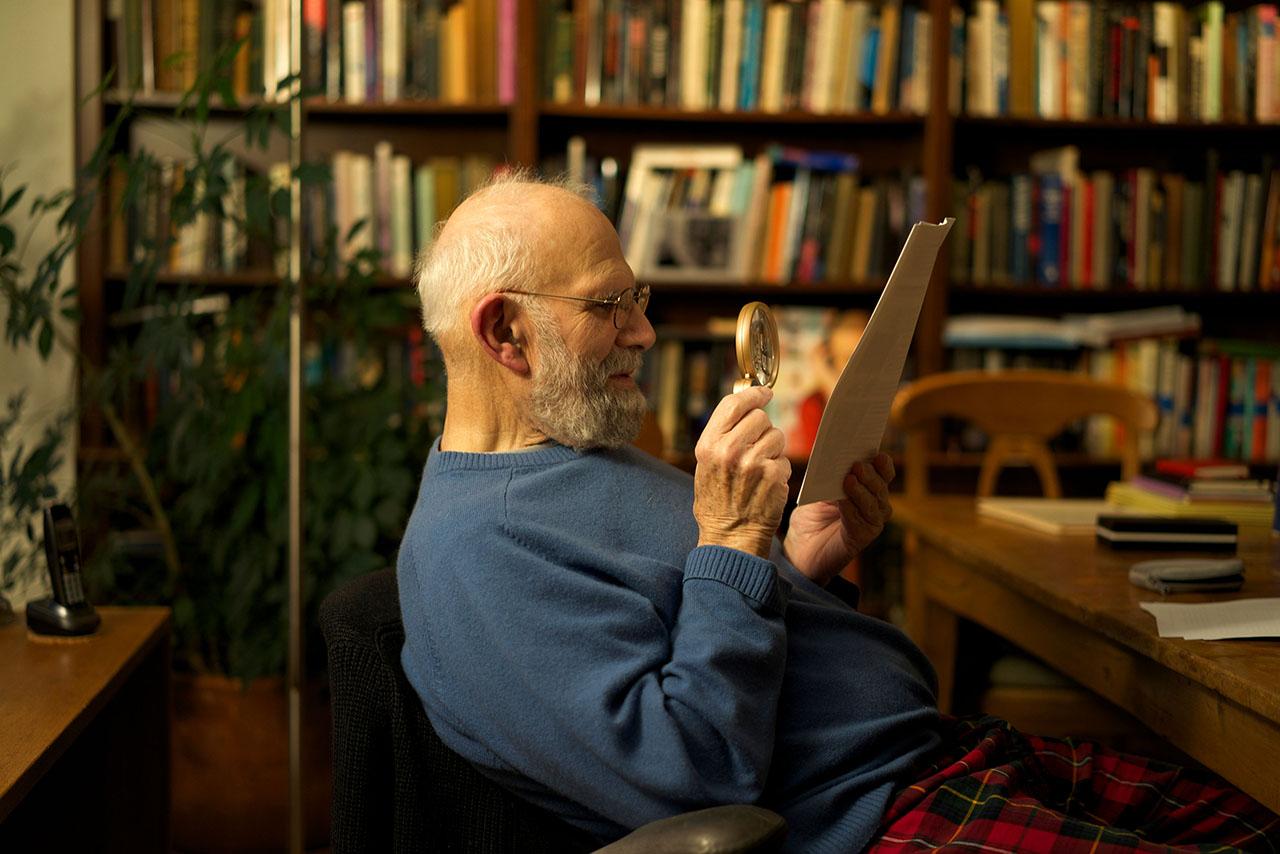 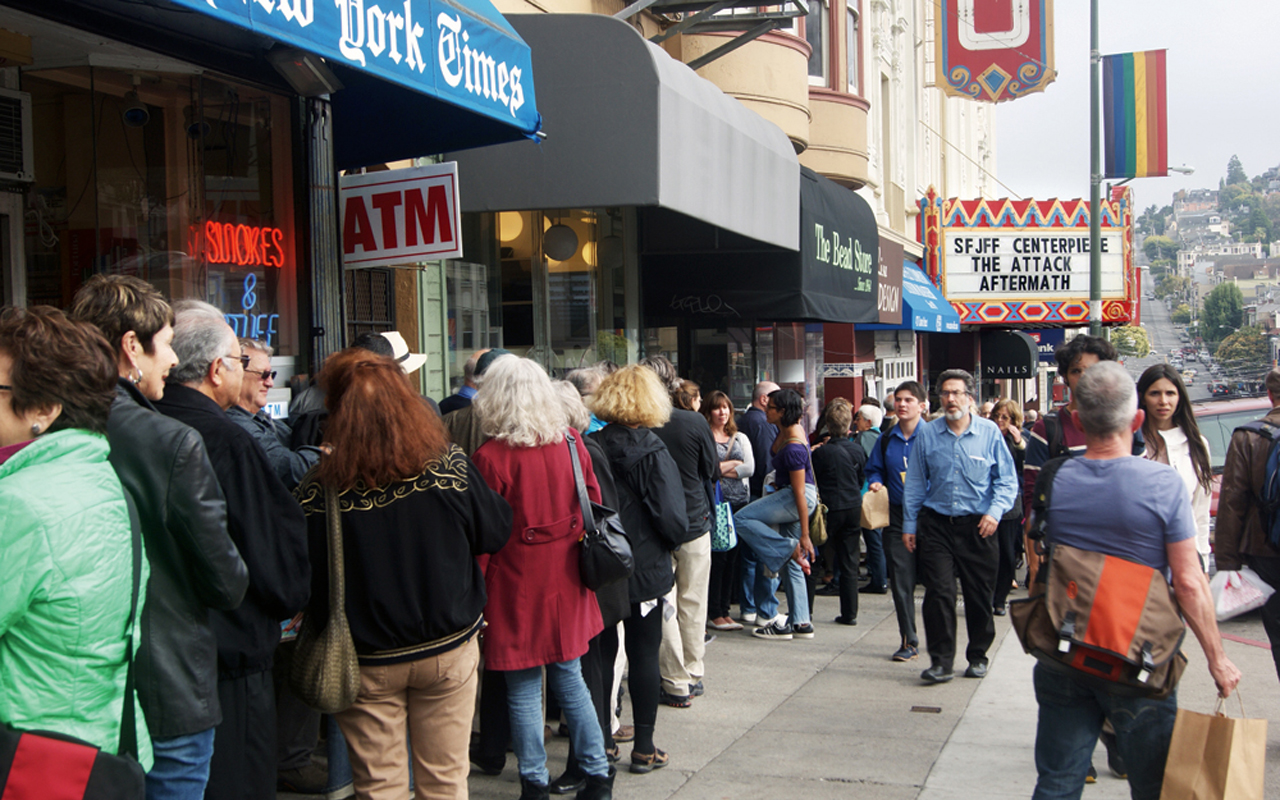