Why this Israeli band of disabled musicians said no to Eurovision

How many musicians would give up an opportunity to perform at the Eurovision Song Contest because of their religious beliefs?

One group has done just that.

They are members of the Shalva Band, an Israeli group comprised of eight musicians with various disabilities. Shalva is an Israeli organization that is dedicated to providing care and social-inclusion opportunities to people with disabilities.

Of the band members, two of the percussionists have Down syndrome and the two young lead vocalists are totally blind — one, from India, lost her sight at age 4 and the other, a French immigrant who came to Israel at age 8, has been blind from birth.

The band has performed in several countries, including Canada, Russia and the United States, but they received little notice until they began to compete for the right to represent Israel in the Eurovision song contest. Of course, they got some “sympathy votes” from the judges and the voting public, but as they progressed through the  rounds, it became clear that they were succeeding on merit and that they expected to be judged on merit on their performances.

They made it to the finals, and if they were to win that contest they would have earned the right to compete  in Eurovision, the world’s largest musical contest.  These are young people who have fought their entire lives to be treated as equals and now as serious musical artists. They are professionals and are able to support themselves through their music.

It is a remarkable achievement, but their quest for the Eurovision title has ended.  Not because they did not win, but because they refused to compromise their principles.

The Eurovision contest events take place on Shabbat. Even though this year’s event is in Tel Aviv (following Israel’s 2018 victory in Lisbon, Portugal, with the song “Toy” performed by Netta), the rules mandate that each performer must perform on both Friday and Saturday. And Saturdays are spent in rehearsal.

Some members of the Shalva Band are religiously observant, and it would violate their religious beliefs to perform on Shabbat.

Collectively they decided to pull out of the “final four” of the Israeli Eurovision qualifier (a competition called “Rising Star”) since, if they won, they would not be competing in Eurovision with all of their members

They gave up a chance of a lifetime and refused to compromise their beliefs.

Band members stuck with their more observant partners in solidarity. Moreover, despite online petitions and pleas from Israeli officials, the powers-that-be at Eurovision refused to alter their position and/or the competition’s schedule.

The musicians have  handled the issue with class and grace. By withdrawing, they  allowed another artist to qualify.

To those of us who were pulling for this group to win and represent not just their country but all those with disabilities, it was extremely disappointing. When diversity is a universal theme, why couldn’t an exception be made to allow them to pass on the required rehearsal or do it with a pre-recorded song?

To disqualify a group because of their religious convictions seems harsh and non-inclusive. Having performers with disabilities could have added a new and exciting dimension to the contest.

At a time when some European countries are trying to ban kosher meat and the Jewish tradition of male circumcision, it is not really a surprise that contest officials were unwilling to find an accommodation for religious convictions.

Perhaps someday Eurovision officials will understand that they had a chance to really show diversity in music and that they failed. In the meantime, enjoy listening to the Shalva Band. 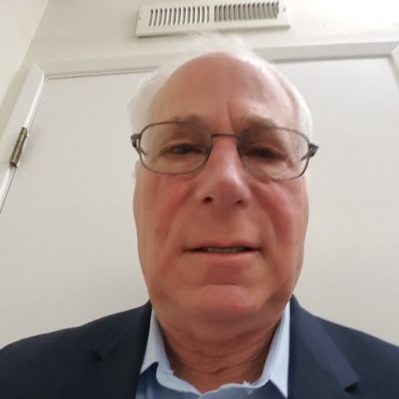 Gil Stein is a Santa Cruz attorney representing disabled people before the Workers Compensation Appeals Board and the Social Security Administration. He is a long-time pro-Israel activist with StandWithUs and was honored as CAMERA’s 2014 letter writer of the year.