“I’m 19 years old. I’ve been struggling with poverty my whole life,” said Jordan Foster to a group assembled at Berkeley’s Congregation Beth El on April 14. “Ever since I’ve been 16 years old, I’ve been homeless and in and out of transitional housing.”

Foster came to the synagogue representing Youth Spirit Artworks, an Oakland-based nonprofit job training organization that is in the process of building a village of “tiny houses” for homeless youth ages 18 to 25, assisted by an interfaith coalition that includes Beth El and three other East Bay synagogues.

“We understood that this was — this is — an issue we all touch every day,” said Beth El Rabbi Rebekah Stern.

The project aims to build a first round of 15 homes, each 7×10 feet, most likely in Oakland. Each house has a living area, a loft bed and a closet; the village will include a communal kitchen and bathrooms. So far three tiny houses have been constructed, at a cost of around $12,500 each. Beth El’s Mike Austin was part of a crew that built two of the houses last weekend as part of his training to take a lead role in the construction project. Volunteers and YSA young people all worked together.

“Getting them involved in the building and construction process is such a joy,” Austin said, standing outside one of the tiny houses, temporarily parked on Beth El grounds as a demo.

After considering where to direct its social justice efforts, the congregation chose the tiny house project because of how invested the teens are in the decision-making. The rabbi said Beth El was impressed overall with how YSA empowers young people to determine for themselves what it needed to make their lives stable.

“It is driven by some of the people who are affected by this issue,” Stern said. “It’s not just ‘the well-meaning Jews on the hill parachuting in.’”

A tiny house has been parked at the synagogue in conjunction with several days of learning around the project among congregational groups, from pre-K to adult Talmud study. Volunteers are also being recruited for the major work of building in August.

Check out the progress on Tiny House 1! So excited to keep building with Build Leaders in April pic.twitter.com/erQUVcjyEW

It is through these connections that the tiny house village will get its land; YSA is considering several available church parking areas and expects to finish building in August and move young people into their new homes in November, according to YSA interfaith coordinator Hannah Trumbull.

In addition to providing manual labor, volunteers offer something equally important when they listen to YSA young people tell their stories, Trumbull said: empathy. With a project of this sort, “You get a lot of ‘not in my backyard’ attitude,” she said. “I think breaking through this attitude is one of the hardest.”

Jason Wilson, not homeless himself but one of the tiny house village youth leaders, agreed that empathy makes a huge difference in shifting attitudes. “If we could all change the community of the Bay Area, it would be very awesome,” he said. 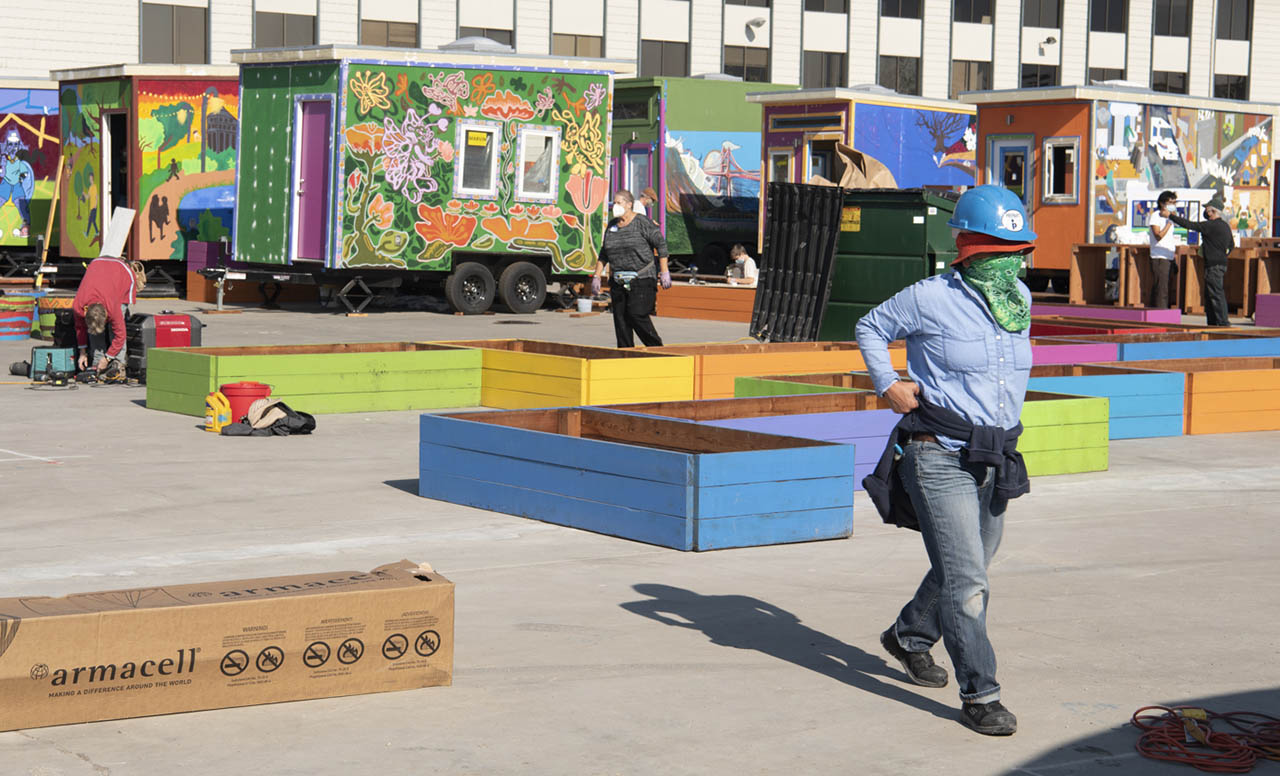 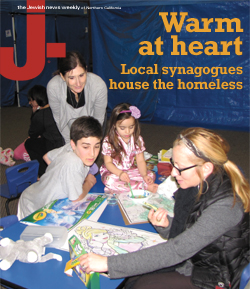