An ode to the line for the ladies’ room at the S.F. Jewish Film Fest

In keeping with the S.F.-based Jewish Film Institute’s goal of stimulating discussion about Jewish life and culture around the world, the annual San Francisco Jewish Film Festival (and WinterFest, as well) provides plenty of opportunities to participate.

Usually that comes in one of three forms: Q&A sessions following the screening of a film, social events incorporated into the programming, and/or conversations with friends and companions between the films.

What I didn’t expect was another venue JFI has inadvertently provided in an unexpected manner — the line for the ladies’ room!

Allow me to explain.

Over the past few festivals, I have noticed that movie viewers waiting to use the restroom between screenings were brimming with desire to start talking about the film that had just concluded (as was I, truth be told).

It usually starts with the woman adjacent to me in line asking, “So? What did you think of that?” And, inevitably, when a discussion gets underway, other women in line will join in. Instantly we have a film critics’ circle going, only to be interrupted by the opportunity for one of us to actually use the bathroom — which, of course, remains a priority but doesn’t detract from the enjoyment of participating in a lively discussion with strangers.

Having given this experience a little thought, I realize there are probably a few things going on.

First, I’m clearly getting older because I am in that line more often as the years go by. Second, people apparently want to engage in conversations about outstanding, independent film when they are feeling its immediate impact.

But there is something else that occurred to me about this spontaneous discussion group. Patrons of SFJFF and WinterFest may feel a type of camaraderie that allows us to make an instant connection and discard the usual formalities when we are shoulder to shoulder in public places.

I don’t know about you, but when I go to the movies at a local theater, and I’m using the restroom afterward or simply exiting the theater, I usually don’t chat freely with strangers about the film we just saw.

Even at other film festivals, which typically bring like-minded people together, film discussions in the line for the bathroom don’t seem to occur. Frankly, I have yet to experience the same type of accelerated bonding I have felt at the JFI film festivals. It seems to be a unique phenomenon.

OK, maybe “bonding” is too strong a word.

But here is what made an impression on me in a WinterFest ladies’ room line earlier this year: One woman who speaks fluent Hebrew loved watching the Israeli films and noting how the English subtitles often lend subtle changes to the meaning of the dialogue. That led to a discussion of the cultural differences and similarities between American and Israeli Jews.

The fact that the conversation was short (sort of a face-to-face version of Twitter) made it no less memorable.

Later, another filmgoer told me she was so inspired by the tenacity and resolve of Joseph Pulitzer and Carl Laemmle (the subjects of two documentaries screened during WinterFest), she was considering stepping up her participation in her favorite charity. It was a pleasure to hear about her altruistic endeavors and how she was finding outlets for them in the Bay Area.

Of further interest was how people were interacting in different ways with JFI.

For example, one San Francisco resident said she prefers WinterFest to the grander, summertime S.F. Jewish Film Festival. (It begins this year on July 18.) Apparently she feels more comfortable with a few choice selections in a two-day program than with the sometimes overwhelming number of choices typically offered in the summer — 65 films this year.

That opinion was in stark contrast with another woman I met in the bathroom line at the Castro Theatre. She travels to San Francisco every summer from another state, settles into an Airbnb and makes the SFJFF the premier vacation of her year.

Bottom line is that these conversations — brief as they are — expand my view of Jewish life and culture beyond what is prompted by the filmmakers and their films. The chit-chats feel good. They enhance my movie-going experience.

Indeed, I’m looking forward to whatever I will learn next in the “Ladies’ Room Line Film Club.” 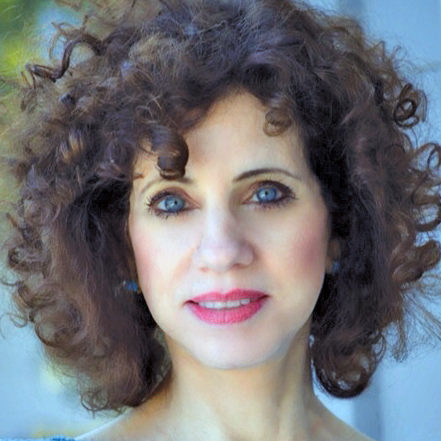 Sheri Cohen splits her time between Sausalito and Fort Lauderdale, Florida. She is a retired appellate attorney who has practiced before the appellate courts and the Supreme Court of California, focusing on criminal defense, juvenile law and civil rights.