As a Mexican-Jewish lawmaker, I feel doubly targeted by Trump’s hateful rhetoric

I am proud to be Jewish, Latina and bilingual. I have the honor of representing the state House of Representatives district where I was born and raised in Arizona. My home in Tucson is less than one hour away from the U.S.-Mexico border. Tucson and El Paso in many respects are similar, and last week’s El Paso shooting hit close to home.

When I watched the news come in on the attack, I couldn’t help but think of my family and the pain and suffering more families would come to endure because of this senseless act of violence.

Tucson, like El Paso, has had its own history of gun violence. Like too many communities, we know the sting of gun violence firsthand. In 2011, a gunman killed six innocent people at a political gathering where my brother helped save the life of congresswoman Gabby Giffords.

But the Tucson shooting was committed by a mentally ill young man. The El Paso gunman is a white supremacist.

In 2019, hatred and bigotry against people that look like me, speak like me and share the same culture and identity as me is on the rise, and our president is fanning the flames.

Like in many Mexican households, in my home, we switch freely between Spanish and English. Spanish was my first language, but I never thought that it would put a target on us — until now.

After last week’s massacre — the deadliest in history against the Latino community — my mother called me to share her distress and anxiety over what she was seeing in the news. She told me in Spanish that she didn’t understand why Latinos are being targeted, and asked if I thought it was because of what President Trump says about us.

I was numb and horrified to hear her ask this, but I knew it was the harsh reality we live in now. She told me she feared to go to the store alone and now no longer felt safe.

We know that racism has been alive and well for a very long time, not only in Arizona, where we have had a history of racist policies, but all over the country.

This president’s hateful rhetoric — not only in Charlottesville, when he responded to chants of “Jews will not replace us” at the far-right rally there two years ago by saying there were fine people on both sides — has only emboldened the amount of hate toward Jews, Mexicans and Latinos in our communities by white supremacists.

I used to think that these white supremacists hated me because I’m a Jew. But now I realize I don’t know what they hate more for: the fact that I am a Mexican Jew or that I am taking up “space” on this land they assert is theirs.

President Trump’s tropes that disparage Latinos, such as the idea of an “invasion” along the U.S.-Mexico border; referring to asylum seekers as “infestations” and some Latino immigrants as illegals and aliens; and saying that “Mexico … is not sending their best” has encouraged others to openly repeat and spew this hate.

Just a few weeks ago, a colleague in the Arizona Legislature said that she fears the “browning of America.” When you have elected officials sharing such thoughts with the public and not standing up to this rhetoric, we not only are validating this divisive hate but putting people like me and our communities in danger.

What I continue to ask myself after El Paso is why we as Latinos need to validate our lives and introduce ourselves to prove that we are Americans, too. We have deep roots in the United States, and for those who have forgotten, Spanish was spoken in the United States before English. My brown skin is what makes me who I am, and I am proud of it.

Nearly 60 million Latinos live in the United States, and I’m proud to contribute to that number. I will not stop being an advocate for gun violence prevention in Arizona and in our country because I shouldn’t have to fear for my own life every time politicians use us as targets for their hateful rhetoric.

President Trump, and politicians like him, are hurting our country with that kind of speech. We cannot accept open incitement of hate as the new normal. Words matter, and that is why I call on elected officials to stop using my community as bait. 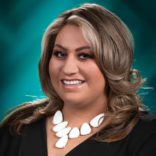 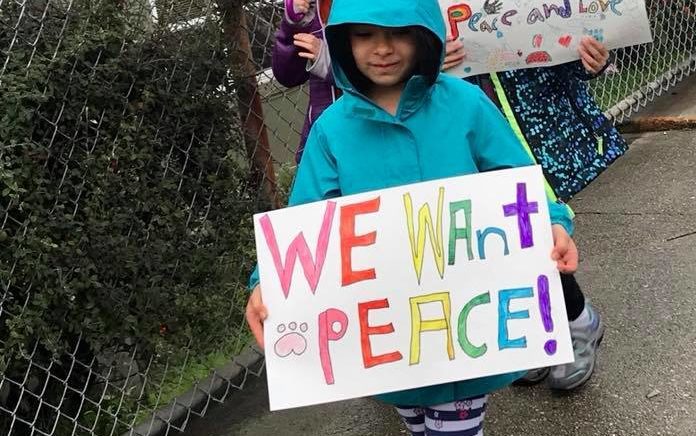