‘We Jews had nowhere to go’: Shanghailanders step into the spotlight to tell their stories

As a 6-year-old Jewish girl in Berlin in 1939, Helga Silberberg was about to start a tumultuous journey.

Most other countries around the world were shutting their doors to European Jewish refugees fleeing the Nazis. But Helga was luckier than most. During the war, Shanghai had relaxed immigration policies. Some 20,000 Jews survived by relocating to the waterfront city in China, including Silberberg’s family.

“We Jews had nowhere to go,” said Silberberg, 86, of San Francisco. “[Shanghai] was heaven sent.”

Silberberg was one of three Shanghailanders — as they call themselves — who shared their stories at San Francisco’s Congregation B’nai Emunah on Sept. 8. The crowd of about 100, which included several generations of descendants, came to celebrate the stories — some perilous and some joyous — of the Jews who called Shanghai home during the war years. B’nai Emunah was founded by Shanghailander refugees who came to San Francisco after the war.

Shanghai has a storied Jewish history. While isolated pockets of Jews have lived in China since the eighth century, the first wave who came to Shanghai fleeing persecution were from Czarist Russia, arriving between 1904 and 1918. During those years, they established themselves in the city and set up textile and retail businesses.

Silberberg’s family was part of the second wave, between 1933 and 1941, when European refugees swelled the Jewish population in Shanghai to 30,000. Conditions worsened after the Japanese occupied the city after 1941 and forced Jews into a 1-square-mile ghetto.

“Going to school and having little wrapped-up bodies on the sidewalk was an everyday occurrence,” Silberberg told the crowd. “There was [also] the bombing of the Jewish ghetto [by the Americans], where 30 died.”

Silberberg’s family left Shanghai in 1947 and headed to La Paz, Bolivia, where they stayed until 1971 before coming to San Francisco. Silberberg described the B’nai Emunah event as “very well done” and said she was amazed at “how many people there were interested in this subject.”

The event was also held for attendees to become familiar with the Shanghai Jewish Refugees Museum, a center in China that preserves artifacts and puts on exhibits about the Shanghailander period.

Carissa Yao, an international UC Berkeley graduate student from China who previously worked as a docent at the museum, presented historical photos from the period. “Does anyone know what this place is?” she asked, pulling up a black-and-white photo on a projector. After a couple of moments, Shanghailander Guenter Gruschka called out, “White Horse Café!”

He was right on the money.

Said Yao, “The stories were really touching. [Shanghailanders] still remember them vividly. That is the power these stories have.”

The museum opened in 2007 in the Ohel Moshe Synagogue in the Hongkou district of Shanghai. Susan Dean, a co-organizer of the B’nai Emunah event with Sharon Bleviss, traveled to the city with her husband last December to visit the historic synagogue, where her parents had been married as Shanghailanders.

Dean asked those who were first, second, third and even fourth generation (one baby!) Shanghailanders or descendants to stand up. About 20 people did so. “I think all of us have a lot to be thankful for,” she said.

One was Ilse Ullmann, 92, whose family escaped from Austria. Speaking about her experiences as a Shanghailander, she described how her family’s store in Vienna had been destroyed during Kristallnacht in November 1938. “We had to get out,” Ullmann said.

The family arrived in Shanghai in early 1939 and moved around to different locations in the city until 1943, when they had to re-establish their haberdashery business and home inside the Jewish ghetto.

Ullmann said life was hard at times. The coal stove her family had to cook on was tiny, and “we couldn’t bake anything.” But she also has good memories of meeting her husband, Gunter, in Shanghai. They later married at San Francisco’s Congregation Sherith Israel.

In 1949, HIAS, an American Jewish organization that aids refugees, relocated Ullmann to San Francisco, where Gunter already was living and where they went on to raise their family.

“When we talk about the ‘refugees,’ we talk about the people who got out. Most people weren’t refugees,” said Ilse’s granddaughter Izzy Ullmann, a paralegal for an immigration legal nonprofit who works with refugees entering the United States.

During a trip Izzy took last year to Germany and Poland, she visited different Holocaust memorials and read about how “X person applied for visas in X number of countries and they got denied and they were put in a concentration camp and died. That kept being the story. Over and over and over.”

She said her grandmother’s story “very much influenced” her job choice.

“We have to show so much gratitude to China, which was taking in people that nobody else wanted.” 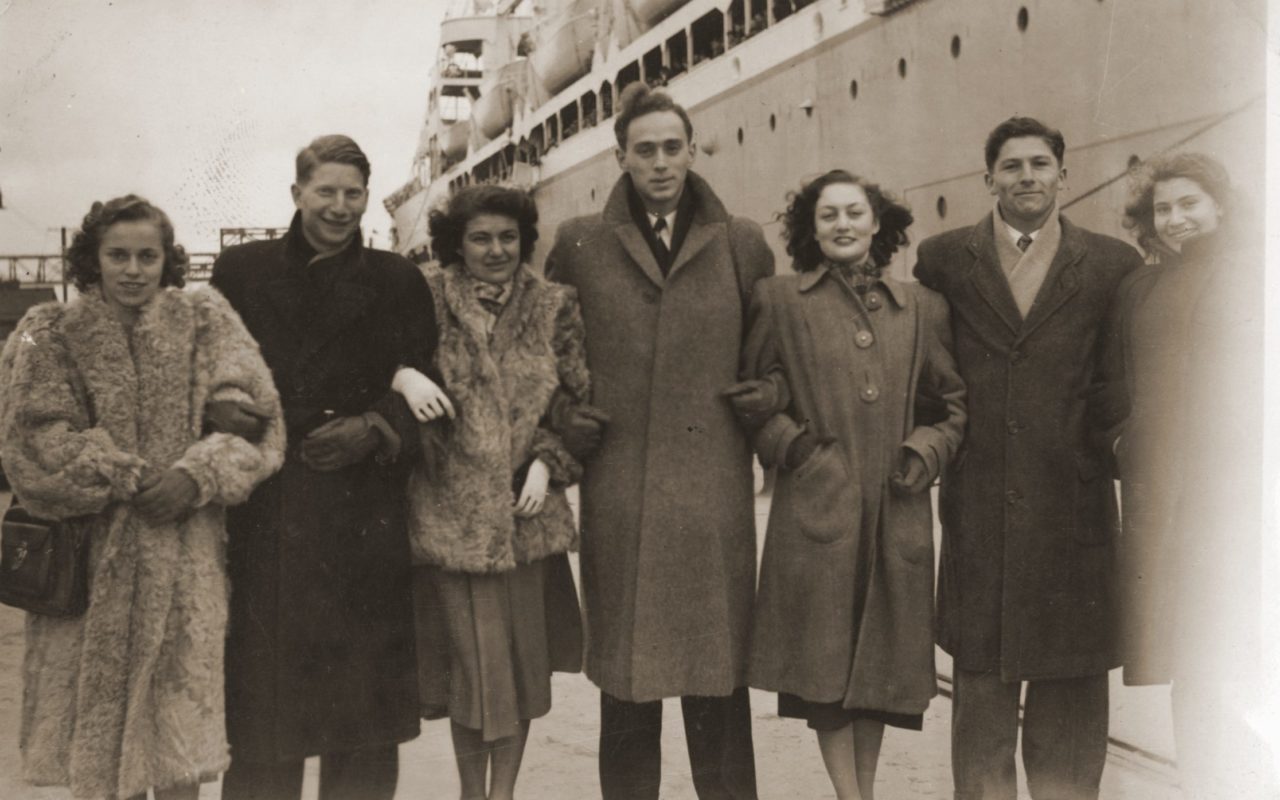 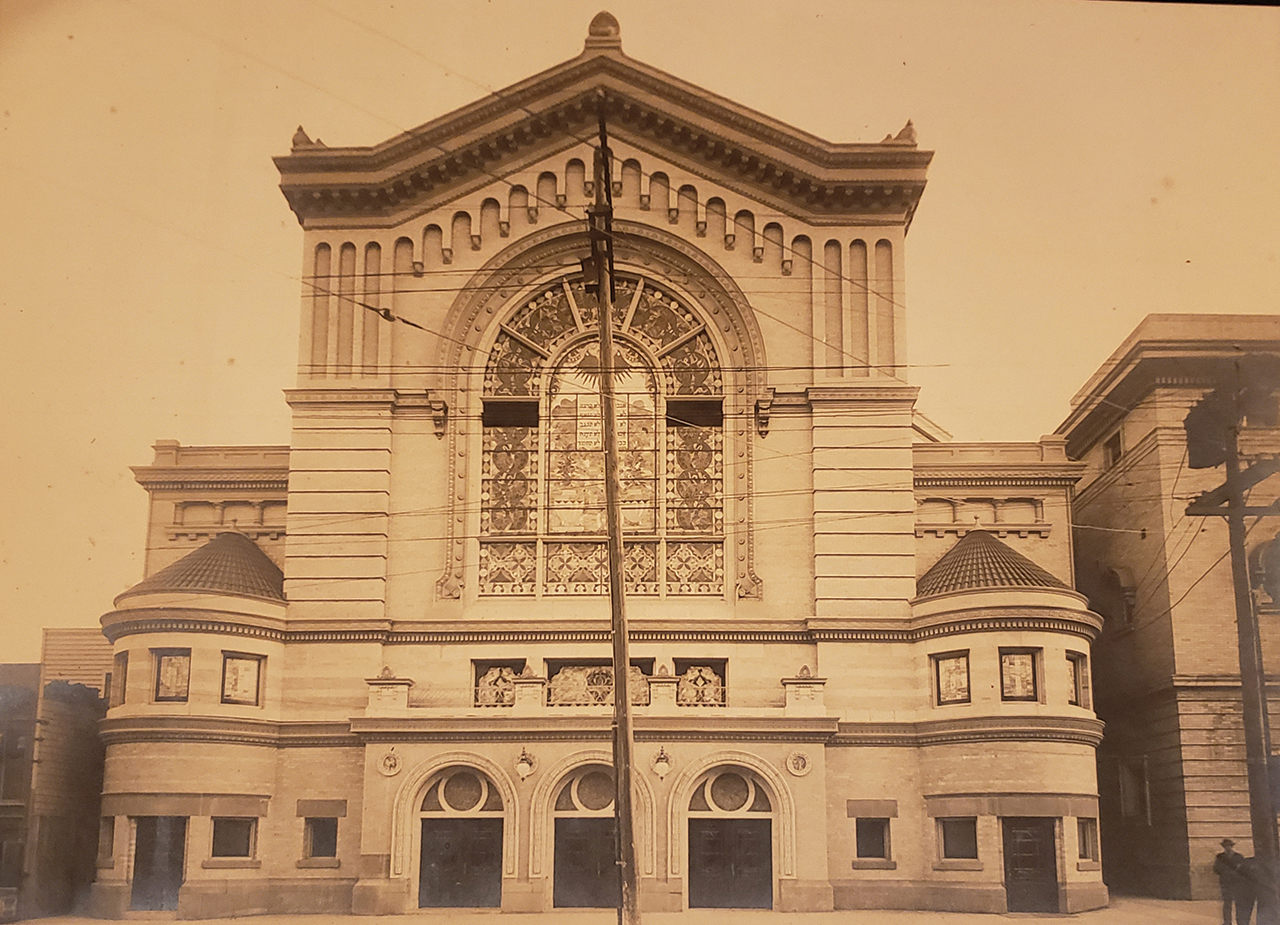