‘Tsur Israel’ is more than a nod to God. It’s a moral exhortation.

Who: The drafters of the Israeli Declaration of Independence

The following excerpt: From “The First Israelis” by Tom Segev

When in the afternoon of May 14, 1948, they were still arguing about the final draft of the Declaration of Independence, Moshe Shapira, leader of Hapoel HaMizrachi demanded that the Declaration mention “the Lord of Israel.” The representatives of MAPAM objected. Had they not stopped the argument in time, they might have had to postpone the Declaration of Independence, as this was a Friday afternoon and it was agreed that the signing ceremony would end before the Sabbath, at sundown. This, too, caused an argument: MAPAM demanded at first that the Declaration be signed at midnight that night, when the British Mandate of Palestine came to an end. But everyone else thought that this was a deliberate provocation against the religious, and ignored the demand. Yet they all realized that they would never agree on a text if the Almighty were not mentioned in it. Finally, it was agreed that the Declaration would be signed “with faith in the Rock of Israel” (Tsur Israel), a biblical phrase generally used to designate God.

This week’s parashah, Ha’Azinu, is remarkable is many ways. Visually, Parashat Ha’azinu and Shirat HaYam are written in a Torah scroll as songs. The dramatic setting of Shirat HaYam, the Song of the Sea, is the joy, led by Miriam, of Israelites crossing the Red Sea. It is written in short blocks, layers overlapping each other like waves of the sea.

The dramatic setting of Ha’Azinu is the day that the Community of Israel goes into the Promised Land, leaving Moses behind. Shirat HaYam was their song, Ha’Azinu is his. It opens with power:

Give ear, O heavens, that I may speak
Hear, O earth, the utterance of my mouth.
Let my teaching drip like rain
Let my words flow like the dew
Like droplets on new-growth,
Like showers on the grass.

For the name of YHWH I proclaim
Give greatness to our God
Ha-Tzur — The Rock
Tamim are his deeds
for all his ways are just;
A God steadfast, no corruption,
Equitable and upright is he.

Ha-Tzur, The Rock, is tamim, simple, pure, uncorrupted. The word tam or tamim is used to describe three-character types: Noah, Abraham and Jacob.

Jacob: Ish Tam — One who is a humble person.

How can The Rock — hard, huge (think Rock of Gibraltar) — be whole-hearted?

Dov Landau of Bar-Ilan University, author of “From Metaphor to Symbol,” resolves the paradox this way: It is because God is so strong that God’s deeds can be faultless, that is, uncorrupted by humanity. In the Talmud, Rabbi Yochanan teaches, “Wherever you find ‘the might of the Holy One,’ you also find ‘humility.’”

The Roman Stoic Seneca taught, “All cruelty springs from weakness.”

Can we look to The Rock, like an unreachable star, and reflect on our capacity to be stronger, less cruel? Less affected by the distractions inside and around us? Is that why, in our day, when a community rises for the Tefillah, the Amidah, we say, “Tsur Yisrael, kumah be’ezrat Yisrael — Rock of Israel, rise to help Israel …”? Rabbi Yaakov of Emden writes in his siddur that this should be said with a broken heart.

Are we really unaware that our cruelty flows from weakness and our arrogance from being lost? And yet, Rabbi Menachem Mendel of Kotzk said, “There is nothing so whole as a broken heart.”

In his diaries, David Ben-Gurion approved the compromise, which he described as a “nice compromise of Jewish fellowship.” In time, the first prime minister of Israel said he would have no difficulty explaining to his children, “who are not religious,” how he could have endorsed such a phrase with an easy heart and a clear conscience.

I wish he had a less easy heart. Perhaps now he would be, like me, a heartbroken Zionist. Tsur Israel, in the 1948 Declaration and in the Prayer for the State of Israel, is much more than “a biblical phrase generally used to designate God.” It is a moral exhortation. 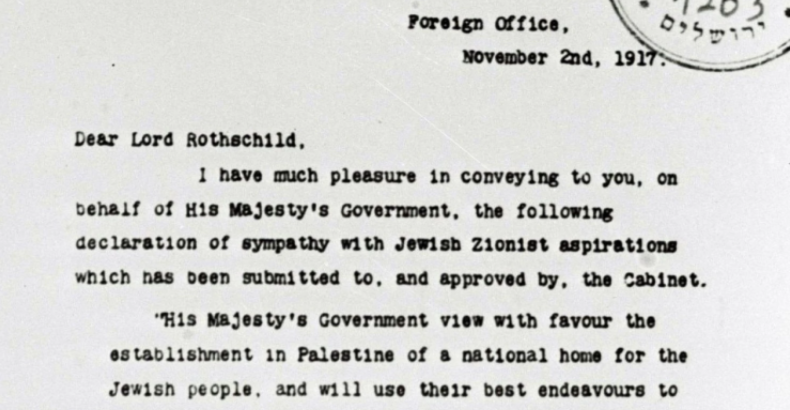