Tzipi Livni at Z3: All Jews need to ‘play together’

When Tzipi Livni grew up in Tel Aviv in the 1960s, her surrounding community was a Jewish kaleidoscope. Her parents were Conservative, and the neighbors in her building were a mixture of ultra-Orthodox, secular and national religious Jews.

“We all played together,” Livni said in her keynote speech at the fifth annual Z3 Conference on Nov. 10 in Palo Alto.

The 61-year-old recently retired career politician had a long tenure in the Knesset and held eight different cabinet positions in several Israeli governments, making her the country’s most prominent female politician since Golda Meir.

Livni’s credentials as a minister of justice, foreign affairs and vice prime minister, among other positions, make her a powerful messenger for a unifying message. In 2008, she almost became prime minister after Ehud Olmert’s resignation, but failed to form a government. She left politics in February after her Hatnua party, founded by her in 2012, polled poorly in elections.

In a sit-down interview with J., she stepped aside from her usual championing of a two-state solution between Israel and the Palestinian to address the day’s topic: Israel’s relationship with American Jews.

Launching into her subject, she said that a shared, more inclusive vision of Israel and Judaism must emerge to create a stronger path forward for Jews around the world.

That starts, she said, with a shared understanding that Israel is a Jewish-democratic state and that it has the right to defend itself.

“These two major issues,” Livni said, “are the common denominator between Israel and world Jewry. When we agree on this as the base, we can [start to] have different opinions.”

Nobody is a better Zionist, or a better Jew. We have different opinions. But we are all part of something that is greater than us.

Those “opinions” about Israel come from generational differences in the diaspora, Livni said in her keynote. Older Jews remember the 1948 and 1973 wars, while younger Jews have always grown up with a strong Israel. “We see ourselves as David, they see us as Goliath,” she said.

In a 2018 study commissioned by the S.F.-based Jewish Community Federation, 68 percent of respondents 65 and over described Israel as “very important,” a number that drops to 37 percent for those 18-34 years old.

Livni also touched on the role of Judaism as a religion, something she thinks should play a very small role in forging a path forward. “Nobody is a better Zionist, or a better Jew or something,” she said. “We have different opinions. But we are all part of something that is greater than us.”

Livni said she is opposed to anyone having a monopoly on “Jewishness,” specifically the ultra-Orthodox that hold increasing sway over the Israeli Rabbinate, touching many aspects of daily life. “It alienates young Israelis [from our religion],” she said. “I feel sorry for that.”

In her appearance at the Oshman Family JCC in Palo Alto, Livni was wearing an embodiment of her vision of Judaism, one that revolves around Jewish peoplehood. Around her neck was a Magen David necklace that she wore the first time she visited post-Soviet Russia. She bought it in the airport on her way to Moscow, not to be provocative, she said, but to demonstrate that she feels all Jews around the world are family.

Livni said conferences like Z3 are important and should be replicated. But the job isn’t done just yet when it comes to an important group she says cannot be ignored: All the Jews who didn’t attend Z3.

“Maybe they feel alienated,” said Livni, who thinks this can be partly remedied with the right messaging toward younger Jews.

“Let’s think about what is the message that you need in order to touch those that are not in the room.” 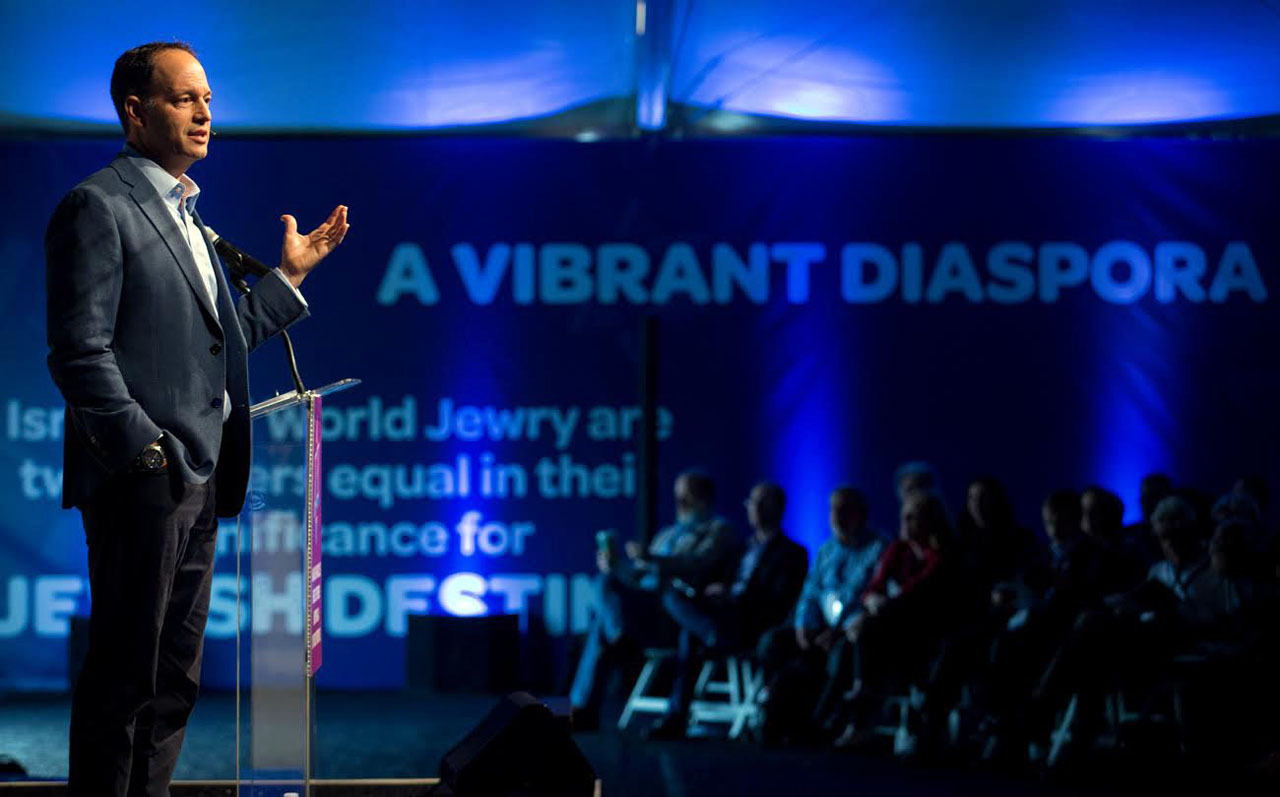