It was business as usual in the U.S. Senate chamber on Sept. 10. Senators had just returned from their August recess and were voting on midlevel nominations, all while shmoozing and discussing their vacations.

But suddenly the quiet broke.

Up in the viewing gallery, Tirtza and Barry Pearl, a retired Jewish couple from San Francisco, suddenly unfurled a white banner emblazoned with “STRONG GUN CONTROL NOW!!!” in red letters. “How many more must die?” the two yelled to the senators below. “Do your job!”

They were handcuffed with thick zip ties, put into a police van and body searched. They spent the next five hours in a Washington, D.C., jail before being released.

“Something needs to happen to change the minds of these senators,” Barry later said in an interview with J.

Three or four senators turned around during their moment of protest, he said. “The peace and quiet and civility of the Senate chamber had to be disrupted.”

Tirtza, 69, and Barry, 66, may be the last people one would expect to cause such a disruption. Both spent years as city government employees and speak in a gentle manner. They are active in their synagogue, Congregation Sha’ar Zahav in San Francisco. Tirtza has been a Red Cross volunteer for almost 30 years.

But as mass shootings have become a new normal in America, Tirtza and Barry have devoted their retirement to ending gun violence.

And for them, that meant an act of civil disobedience right in the heart of American political power.

The Pearls met through the Jewish National Fund back in the 1970s and stayed in touch throughout the years. Tirtza worked at Congregation Emanu-El and then with the city’s Department of Public Health, while Barry spent time at several city agencies. About 15 years ago, they reunited and got married in 2007.

After retiring, the couple started paying more attention to gun violence after a gunman entered Pulse, a gay nightclub in Orlando, and killed 49 people in June 2016.

Donald Trump’s presidency, his rhetoric and his support of the Second Amendment have only increased their concerns.

The day of Trump’s inauguration, the couple hung an American flag upside down in their front window to say that the country was in trouble. Soon after, they joined two groups, the Brady Campaign to Prevent Gun Violence and Moms Demand Action.

Shootings at synagogues in Pittsburgh and Poway — and mass killings in Gilroy, El Paso and Dayton — added to their frustration with elected officials in Washington.

“Nothing was happening,” Tirtza said.

So they bought the supplies to make a big protest banner, packed their bags, flew to Washington and parked in a garage across the street from the Senate. Tirtza hid the banner under her dress and got through two layers of security before a guard stopped her at the third and asked why her dress appeared so thick. “I said, ‘Oh, it’s my underwear,’” Tirtza recalled with a smile. The guard let them through.

A few days after their arrest and release, Tirtza posted a long message on Facebook that said in part: “So, we came here, with our banner, to go to the Senate Gallery and when [the] time was right, stand and deliver our message, and possibly go to jail. MISSION ACCOMPLISHED.”

It garnered about 100 comments. “We are honored to be friends with the courageous Pearls,” one person said. Another wrote, “Right on. That took guts.”

Ruth Borenstein, a fellow Brady Campaign activist, says Tirtza and Barry are the real deal. “They take action. They don’t just talk about things. They don’t just rant like a lot of us do on social media. They are mensches,” she said.

“I felt like they were [at the Senate] as the conscience of society,” said Diane Frank, an S.F.-based poet and close friend of theirs. Frank’s own life has been marred by gun violence; her high school friend Dr. Jerry Rabinowitz was killed at the Tree of Life synagogue, and a family friend was injured at the 2017 Las Vegas shooting.

After returning home, the Pearls worked with a lawyer to negotiate whether they would have to return to Washington for a scheduled hearing. On Rosh Hashanah, they received good news: Their case had been thrown out.

“I firmly believe, as Jews, it is not our job to fix the world [but] it’s our job to do something about it,” Barry said. “I can’t fix everything that is wrong with the current administration.”

The couple is not done fighting. Next month, they’ll volunteer at a gun buy-back program organized by United Playaz, a San Francisco organization that combats youth violence. They also sit on the Sha’ar Zahav social action committee, where issues like immigrant rights and homelessness are addressed.

“We’re not commanded to solve all problems,” Barry said. “But at least get started. That’s the way we feel.”

And would they stage another protest in the Senate chambers? “If there is another set of circumstances that compels me to speak up again,” Tirtza said, “I will.” 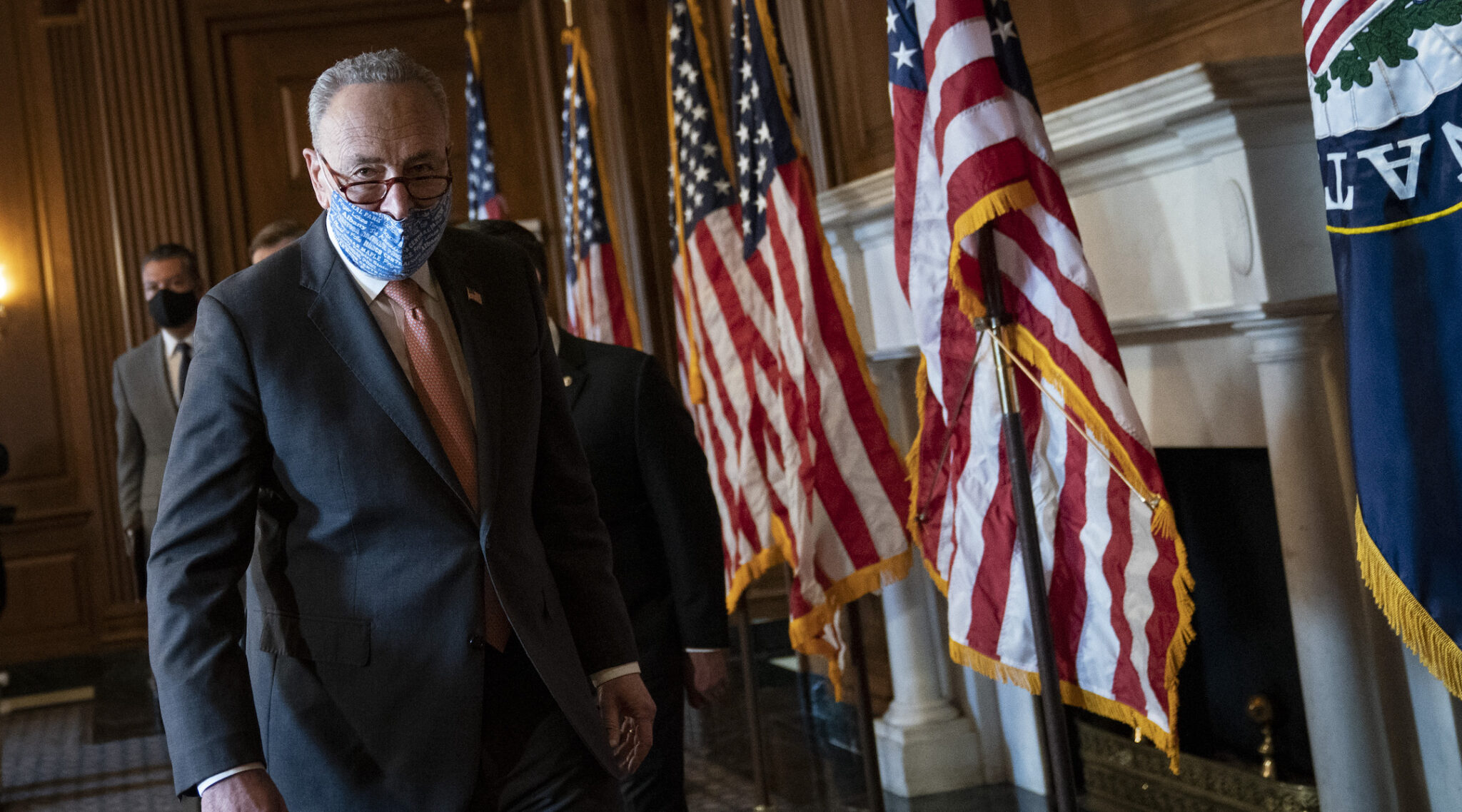 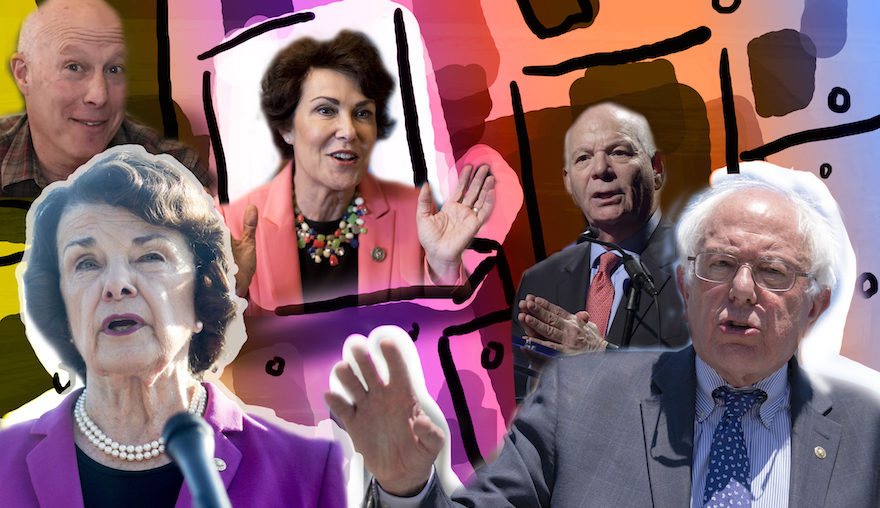