As we approach Hanukkah, those of us with kids in our lives may be looking for gift ideas. I want to spotlight some notable Jewish-related books for children published in 2019, beginning with titles for younger children.

When my kids were small and we read together, I particularly enjoyed books that focused more on words and imagery than on plot. Such is the case with Devora Busheri’s “In the Jerusalem Forest,” which freely adapts a passage by pioneering Hebrew poet Hayim Nahman Bialik. Hardly anything happens beyond a mother and daughter venturing into the forest and gazing at how they and the surrounding woods are reflected in a pond. And, thanks to Noa Kelner’s lively illustrations, it’s enough.

Jamie Kiffel-Alcheh’s “Kol Hakavod: Way to Go!” introduces kids to this common Hebrew expression of praise, with the bulk of the book consisting of rhyming couplets describing ways of acting thoughtfully. In a world where measurable achievements are treasured more than kind deeds, it’s a good reminder of how our actions toward others matter. As the book states, “Although these things might seem very small… ‘Kol Hakavod!’ They’re the biggest of all.”

Aviva Brown’s “Ezra’s Big Shabbat Question” follows a young boy as he approaches members of his family and his rabbi to determine whether the prohibition of work on Shabbat means that he can’t tie his shoes. It’s not a question that will inherently interest most kids, but it leads to a welcome affirmation of variety in Jewish practice and opinion. It’s also refreshing that Ezra comes from a mixed-race Jewish family. Even as American Jewry becomes increasingly diverse, there remains a paucity of books with Jews of color at their center. It’s important not only that African-American Jews be able to see themselves reflected in literature, but that all Jews develop an appreciation of Jewish ethnic diversity, even if it’s not readily apparent in their own community. Fortunately, the books we read as kids can play a significant role in shaping our understanding of the world.

There is no shortage of children’s books recounting voyages from Europe to America during the early 20th century, but Lesléa Newman’s “Gittel’s Journey: An Ellis Island Story,” inspired by the author’s own family history, stands out. With restrained language and beautiful illustrations by Amy June Bates, it poignantly captures one girl’s experience — from the difficulty of leaving family and friends behind to the disorientation of unexpectedly making the journey alone (Gittel’s mother is forbidden passage due to an eye infection) and arriving on unfamiliar American shores.

Most kids wean themselves from picture books during elementary school but develop an enduring affection for graphic novels. One that is particularly appropriate for middle-schoolers is Debbie Levy’s “Becoming RBG: Ruth Bader Ginsburg’s Journey to Justice,” which uses the format to trace Ginsburg’s path from her Brooklyn childhood to her appointment to the Supreme Court in 1993. The book captures how some of Ginsburg’s early experiences — from being forced as a left-handed girl to write with her right hand, to experiencing or witnessing sexism, anti-Semitism and racism — helped inform her profound commitment to justice. It’s headier than what kids expect from a graphic novel, but it’s a great introduction to Ginsburg’s extraordinary life and legal career.

Among quite a few fine Jewish-related young adult novels published this year, I particularly liked Rachel DeWoskin’s “Someday We Will Fly.” Narrated by teenage Lillia, it follows members of a Jewish circus family who flee Warsaw for Shanghai during World War II. Lillia learns how to be resourceful and take care of her family, even as she is haunted by the absence of her mother, from whom she was separated in Europe. Drawing from strong research, DeWoskin also depicts the difficulties that Chinese residents of Shanghai experienced under Japanese rule. It’s a story with a strong local connection, as many of the Jewish refugees who reached Shanghai during the war eventually migrated to the Bay Area.

“White Bird” is part of an expansion of the backstory of R. J. Palacio’s popular young adult novel “Wonder,” using the graphic novel format to tell the family history of a problematic character named Julian (“White Bird” actually begins with Julian expressing remorse for how he had acted in the original novel). The book begins with a FaceTime call between Julian and his grandmother in which he seeks to learn about her experiences as a Jew in France during World War II in order to write a report for school. She recounts her life from the rise of Nazism to the end of the war, dwelling on her deep relationship with a polio-stricken teen named Julien whose family sheltered her in their barn. The book, which I like a great deal, has received criticism for an implied political statement at the end, which links the grandmother’s story to the United States’ current policy toward refugees and immigrants. It’s not something that bothers me, but if it disturbs you, you’ve been warned.

Finally, Lance Rubin’s “Crying Laughing” is an affecting and often funny young adult novel about a teenager whose life has become especially complicated. Winnie Friedman is drawn to comedy, but a disastrous effort at stand-up at her bat mitzvah has kept her away from it until she is lured into an improvisational comedy group at her high school. Meanwhile, she learns that her father (a former comedian himself) has been concealing the fact that he has been diagnosed with ALS. In tracing Winnie’s struggles, the book has a lot to offer in exploring how we respond to the challenges that we may face. 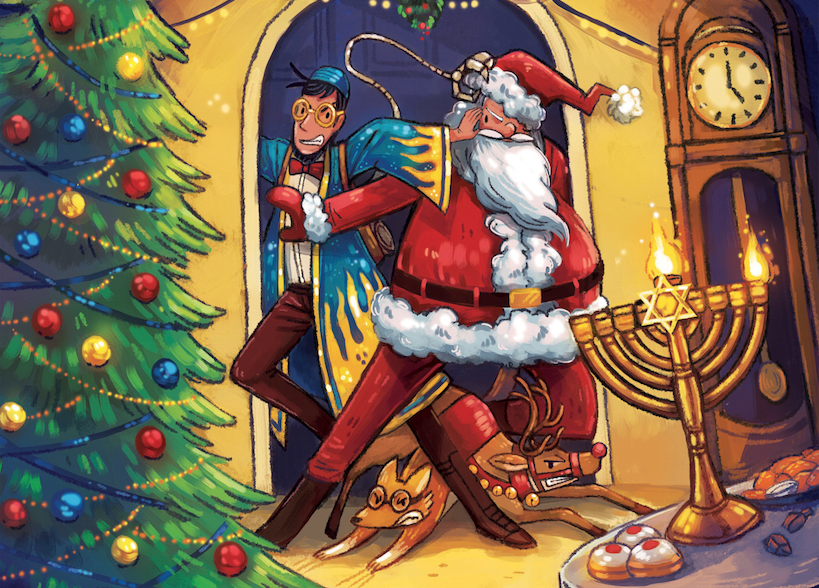 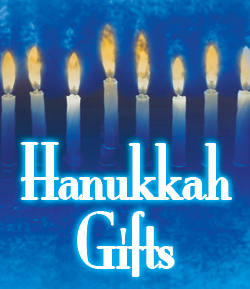