Your well-intended editorial (“Let’s dial down U.S.-Iran tension while there’s still time”) reflected a deep reluctance to examine the serious shortcomings of the “Iran deal,” i.e., the Joint Comprehensive Plan of Action.

Your statement “Trump pulled the U.S. out of the nuclear treaty” is patently false. The JCPOA was never a treaty. This distinction is significant. President Obama declined to submit it to the Senate as a treaty because it would have never received the required two-thirds vote for ratification.

Furthermore, “preventing Iran from pursuing a nuclear bomb for years” ignores the actual JCPOA provisions that preclude any such assurance. Comprehensive anytime/anywhere inspections applied only to declared sites. Inspection of other sites required an extended back-and-forth communication process that could go on for months, allowing the regime ample opportunity to sanitize the area in question. Military bases were entirely excluded (and this exclusion was kept secret from Congress). Such limitations should have led Congress to reject the JCPOA.

Your reference “for years” glosses over the JCPOA’s problematic time limits; time limits which we are now starting to approach. These concern such items as Iran’s enrichment capacity and its acquisition of highly enriched uranium. It is noteworthy that these limits were part of Sen. Robert Menendez’s explanation of his principled dissent from an otherwise strong record of support for President Obama’s policies.

We cannot predict the outcome of President Trump’s push for a renegotiated agreement that provides for truly comprehensive inspections of Iran’s nuclear capabilities. However, we should applaud and support his efforts here for the sake of our national security and the peace of the world.

The bolstering of Title VI

Yes, because Title VI protects all people against discrimination on the basis of religion, ethnicity, etc.

No, because at the first mentioning of discrimination, Jews would have been hammered by accusation of stifling the First Amendment. Title VI has been available to all other groups, minus Jews.

Then in May 2010, Ms. Russlynn Ali, then head of the U.S. Education Department’s Office for Civil Rights, issued a “Dear Colleague” letter in which she clearly explained that “… anti-Semitic harassment can trigger responsibilities under Title VI. While Title VI does not cover discrimination based solely on religion, groups that face discrimination on the basis of actual or perceived shared ancestry or ethnic characteristics may not be denied protection under Title VI on the ground that they also share a common faith.”

Faced with these in-your-face words, the anti-Semites of all colors have turned to anti-Zionism.

Anti-Semitism in any form is anti-Semitism, and it falls under Title VI protection. Hopefully, see you in court, all the BDS, SJP, JVP and J Street “defenders” of the First Amendment.

Let’s aim to heal the world

I am writing in response to Martin Wasserman’s opinion piece wherein he advocated for Israel taking over the lands where Palestinians now dwell (“U.S. policy on Israeli settlements is the right call”).

According to Genesis, Jewish culture began in the Garden of Eden, wherein God ejected Adam and Eve from paradise into a harsh wilderness. He cursed the man with a lifetime of hard labor and gave woman the pain of childbirth.

The question is, what does one do with that?

An analogy exists with the lives of children who have been cruelly abused. Some grow up and mindlessly continue the family pattern and cruelly act out their rage and wounding upon innocent others. But others develop deep empathy for the agony of others and as a result make important contributions to the world.

Each of us still has a choice and responsibility.

The demons and angels that inhabit the spiritual realms exist within us. The Bible and the Koran are filled with messages of both violence and peace. Which shall we nurture? Might we still create a world of compassion, empathy and kindness? What new story can be actualized in the present moment that will create a more positive narrative and subsequent kinder reality for the cultures of Abrahamic and all global people in our connected world?

Tikkun olam is the Jewish idea that Jews are not only responsible for their own spiritual, moral and material welfare, but also for the wellbeing of the surrounding larger societies. During these challenging global times, we need to shift our attention to healing the world and refraining from violently destroying it further.

Ten years ago, my Hungarian birth-town, Debrecen, inaugurated the statue of Albert Wass, a World War II war criminal who was convicted for killing Jews and Romanian peasants and who was famous for his viciously anti-Semitic pamphlets. The late Elie Wiesel protested.

Step by step, Hungary is rewriting WWII history. It claims that accusations and even convictions against many WWII-era pro-fascist leaders and personalities were baseless. It argues that charges were exaggerated or the accusers were not credible. Then questionable documents are produced to support that these individuals actually saved Jews.

On Jan. 19, the Contemporary Jewish Museum in San Francisco hosted a Violins of Hope event that featured remarks from author James A. Grymes.

Grymes is a musicologist who spent considerable time studying Hungarian-born composer Ernő Dohnányi, also known as Ernst von Dohnányi. Grymes has authored several books about Dohnányi and, although he is not a historian, he has also written about Dohnányi’s activities during WWII.

According to Grymes, Dohnányi was unfairly accused of war crimes and he concludes that Dohnányi is “the forgotten hero” of the Holocaust who saved Hungarian Jewish musicians. Neither Yad Vashem nor the U.S. Holocaust Memorial Museum has confirmed Grymes’ statements.

Dohnányi was the favorite of the pro-Hitler, anti-Semitic Hungarian leader Miklós Horthy. He met Hitler and Mussolini and supported Ferenc Szálasi, Hungary’s last fascist dictator. Horthy was complicit in the deportation of 600,000 Hungarian Jews, mostly to Auschwitz. Szálasi’s Arrow Cross henchman did the killings in Budapest at the banks of the Danube.
Dohnányi was accused of war crimes yet never tried or convicted. He never supported Hungary’s antifascist resistance and attended meetings with Hungarian murderous Nazi leaders as late as November 1944 to discuss Aryanization. After WWII he moved to Argentina, and when he received a concert invitation to the U.S. in 1949, Hungarian émigré groups in the U.S., the Anti-Defamation League, the Boston Jewish community and other organizations strongly protested.

Later, with the help of his American student, Edward Kilényi, Dohnányi was able to secure a teaching position at Florida State University. He died in 1960.

In 2017, the U.S. Holocaust Memorial Museum issued a statement to condemn the attempts to rewrite Hungarian Holocaust history and rehabilitate Miklós Horthy, the WWII-era pro-fascist leader, and his regime.

In my view, Grymes, intentionally or unintentionally, whitewashed Dohnányi’s past, and his portrayal of the composer as a “hero of the Holocaust” is nothing but insulting. I find his participation in the Violins of Hope program inappropriate.

All in the family?

It was so painful to read in the essay by Shekhiynah Larks that she has been subjected to ugly comments such as “as a Black woman, embracing Judaism is a reflection of my self-hatred and an attempt at whiteness” or “Don’t you know the other Jews will never see you as an equal?” (“As a black Jew, I’m being forced to walk a tightrope after the Monsey attack.”)

Black Jews, present in Ethiopia for more than 2,000 years, never conceived of “attempting whiteness.” Israelis evacuated Ethiopian Jews from Sudan in 1984 (Operation Moses) and in 1991, Operation Solomon airlifted Ethiopia’s Jews out of Ethiopia.

Why? The Israelis were bringing family members home.

According to your article “Jewish leaders get their say on controversial ethnic studies curriculum,” ethnic studies’ aim is to “attempt to correct for generations of history told from the perspective of white men.”

But there is more to it.

Google Allyson Tintiangco-Cubales, the San Francisco State professor that the State Board of Education selected out of 130 applicants to lead the California legislature’s ethnic studies model curriculum project.

In “Pedagogies of Resistance: Filipina/o ‘Gestures of Rebellion’ against the Inheritance of American Schooling,” a chapter she co-wrote for a book, Tintiangco-Cubales and her co-writer explain that ethnic studies teach K-12 students how, through “rebellion” and “collectivized resistance,” the goal of “dismantling the (neo)colonial schooling apparatus,” can be accomplished.

With Tintiangco-Cubales as the project leader, is it any wonder that the ethnic studies curriculum plan was so flawed?

For more than a decade, California teachers happily taught the “history, culture, contributions and current status” of “ethnic groups” to help students “gain a deeper understanding of American society and its diverse ethnic composition and develop acceptance and respect for cultural diversity in our pluralistic society.”

All of that changed in 2016, when the California State Board of Education fell in line behind the BDS-promoting Critical Ethnic Studies Association and adopted its decidedly political, and much less amicable, approach.

With Angela Davis headlining CESA’s first plenary session titled “The Changing Trajectory of Ethnic Studies” (in which she outlined the “challenges of developing a critical ethnic studies approach”), and with following talks on “Settler Colonialism and White Supremacy” and “Israeli Occupation as Racist Nation Building,” it wasn’t hard for those following this to imagine that CESA’s world view would find its way into the California BDS-promoting ethnic studies model curriculum, too.

The question Gov. Newsom needs to ask his State Board of Education is this: Will it be adopting CESA’s 2.0 in the works now because 1.0 hasn’t, according to CESA, done a good enough job of “catalyzing or sustaining insurrection against a global social order”? 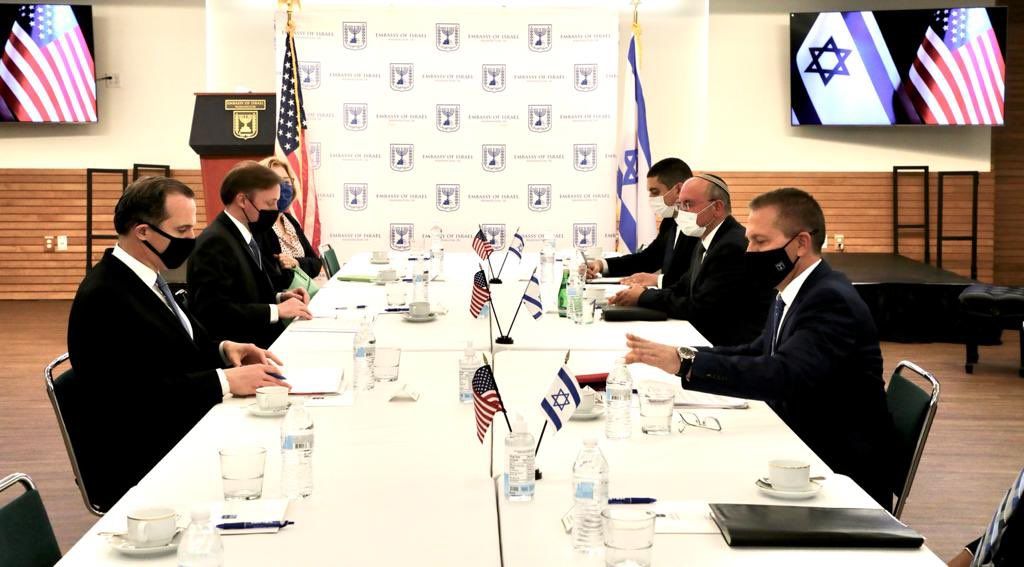