Another Judaica store, Yves’ Jewelry & Judaica, is throwing in the tallit

One of the last three independent Judaica shops in the Bay Area is closing.

Yves’ Jewelry & Judaica, which opened five years ago on Solano Avenue in Berkeley, will shut its doors for good by the end of February.

That leaves Dayenu Judaica, which rents space on the ground floor of the JCC of San Francisco, and Afikomen Judaica, a longtime Berkeley institution, as the only remaining independent stores in the Bay Area selling Jewish ceremonial and decorative items.

Owner Yves Mozelsio, 58, said last week that his shop just wasn’t economically sustainable, adding that his inability to advertise might be a factor.

“I just couldn’t afford [advertising]. I was counting on word of mouth,” he told J. “It’s a good neighborhood and a great community, but it has been a real struggle.”

Yves’ occupies a prime spot along a street full of boutiques, restaurants and independently-owned small stores. He said that his decision to close was not the result of rising rents.

“It takes money to make money,” he said regretfully.

Across town at Afikomen, co-owner Rabbi Chaim Mahgel had a more critical viewpoint of the reasons Yves’ store failed. He faulted the rise of corporate megastores and online shopping.

“People call me all the time and say they found a product like those we carry and say they can get it cheaper online,” Mahgel said. “But photos can’t tell you how the fabric of a tallit feels.”

Afikomen has held its own for 29 years, due in some measure to its wide selection of Jewish books. Mahgel and his wife, Nell Maghel-Friedman, took it over 14 years ago from the original owner.

“Brick-and-mortar stores are really the foundation of the local economy,” he continued. “Any time such a store is closing it’s a sign that there’s something out of balance. Money from the community that would normally go to support locally owned stores is being funneled elsewhere, to corporations.”

Hiroko Rosen, owner of Dayenu for 15 years, said her store is “surviving, but it’s difficult.” She ventured that Judaica is not as important to younger Jews.

Mahgel mourned the loss of community that is nurtured by person-to-person contact in a Jewish store.

“From a Jewish perspective, there’s a moral obligation to support our people in their businesses,” he said. “It’s the highest form of tzedakah.”

Mozelsio opened his store after a career as a wedding and fine-art photographer. He thinks he’ll probably go back to that profession now. About 20 years ago, he made a series of 40 black-and-white portraits of the Orthodox community in Chicago, with personal statements from the subjects. The collection traveled the country and was then gifted to the Magnes museum in Berkeley. Prints of these photos hang in his shop, sharing the brightly lit space with seder plates and menorahs, children’s books and games, greeting cards, racks of tallits and kippahs and a good selection of jewelry, much of it by local artists.

“Both Jewish and non-Jewish people stopped in,” Mozelsio said. “A lot of people would come in to ask about the jewelry, or about items that were exotic or unknown to them.”

One of the regulars in that category has been Rose Marie Pietras, a woman of Syrian ancestry who was born and raised in Berkeley.

“I come for the jewelry,” the elegantly-dressed Pietras said on a recent drop-by. “But if I was Jewish, I am sure I would want to buy these beautiful ceremonial items.”

Other people, newcomers to the shop, wandered in, attracted by the big sign in the window announcing a closing sale. The store at 1865 Solano Ave. is generally open from 10:30 a.m. to 5 p.m. daily except Mondays, although Mozelsio suggests calling (510) 529-4650 before stopping by; he is aiming to stay open through the end of the month, or as long as inventory lasts.

The most successful aspect of his five-year business venture, he said, “was the interactions I had with people. I will miss them.” 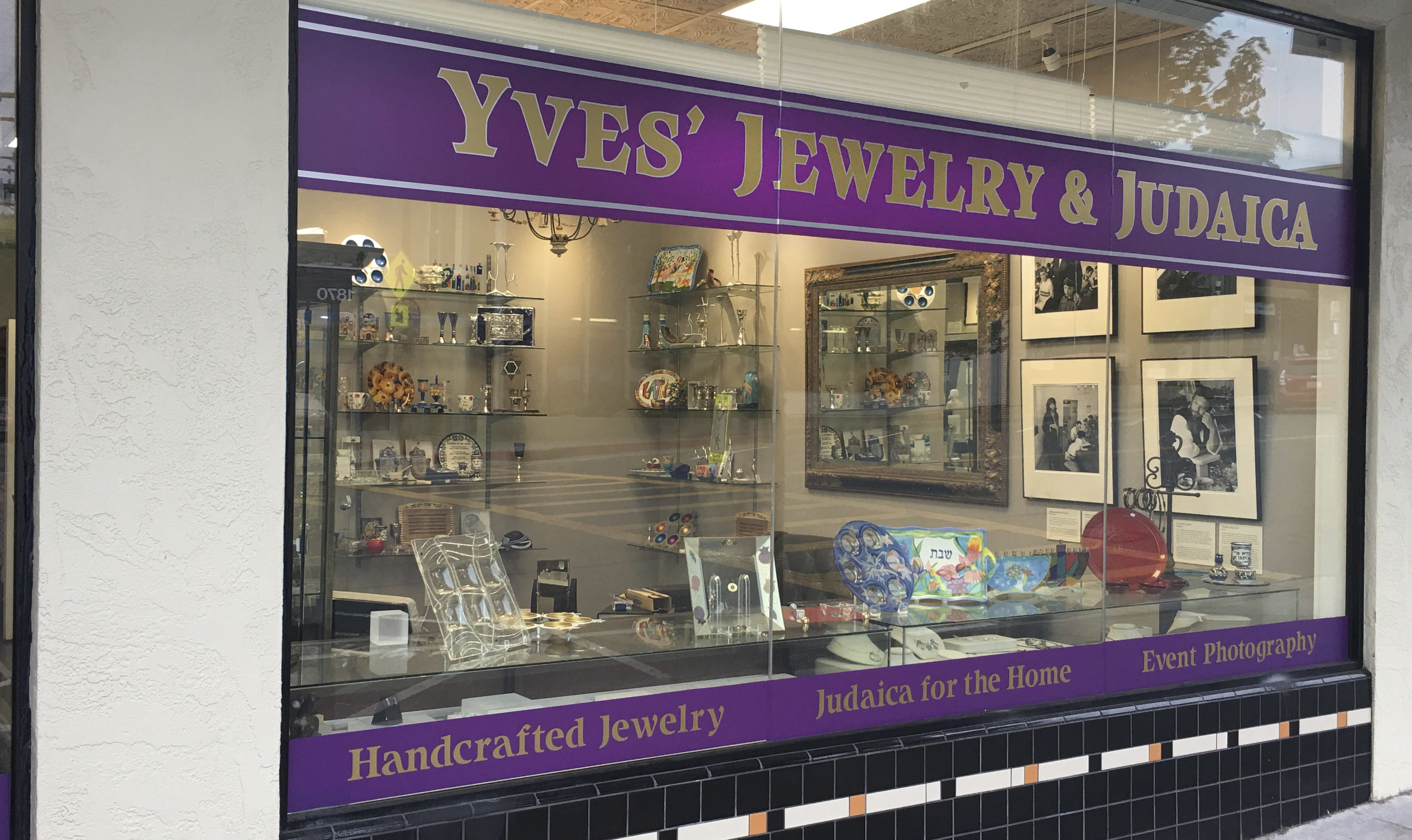 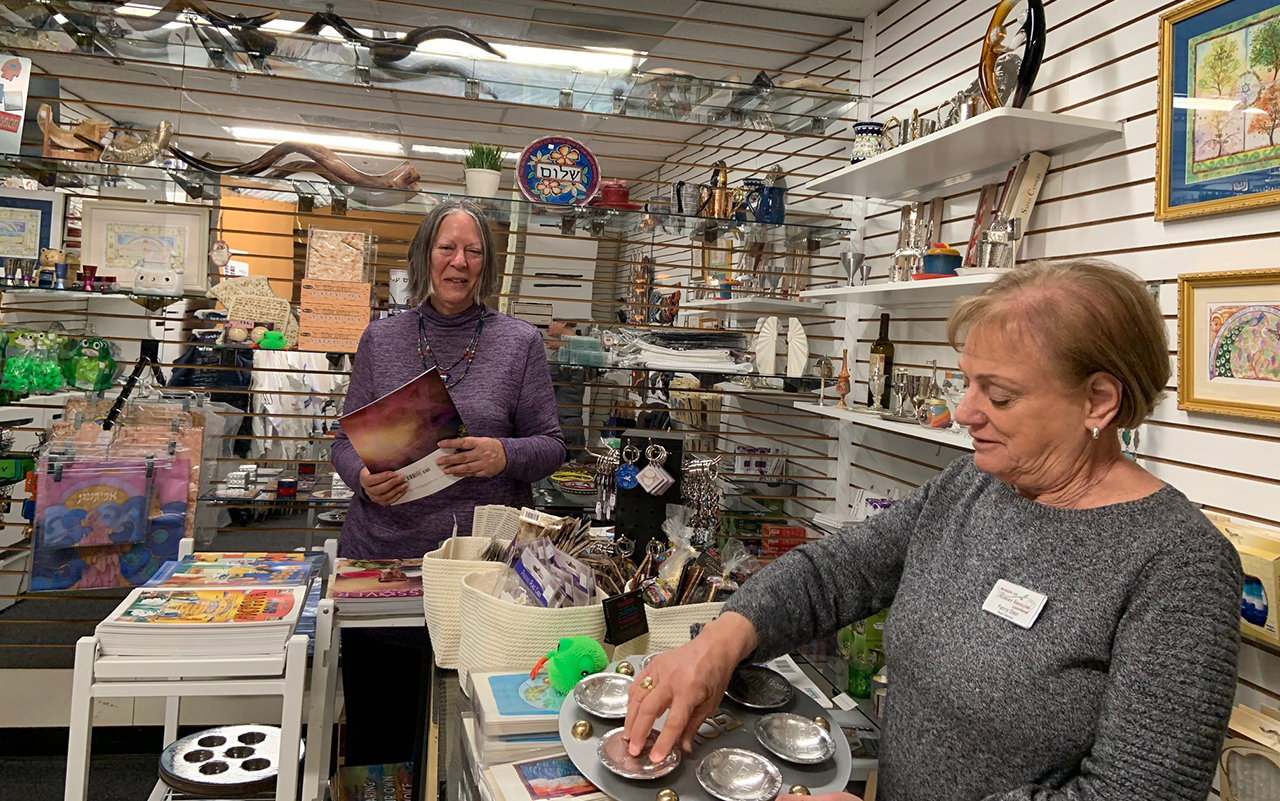