The festival, celebrating its 25th season from Feb. 26 to March 15, will open with the psychological drama “Incitement,” which follows Yigal Amir’s rapid transition from law student to assassin of Prime Minister Yitzhak Rabin in 1995. It won the 2019 Ophir Prize for best feature film and was Israel’s entry as best international film for the Academy Awards.

“Incitement” director Yaron Zilberman and producer Tamar Sela will attend the screening and participate in a Q&A.

The EBIJFF’s silver-anniversary year will feature its largest-ever lineup: more than 50 dramas, comedies, documentaries and shorts from Israel, France, Germany, Mexico, Hungary, Latvia, South Africa and more. After opening night at the Orinda Theatre, the festival will move to the Century 16 Downtown Pleasant Hill from Feb. 29 to March 8, then wrap up at Vine Cinema & Alehouse in Livermore with screenings on March 12 and 15. See eastbayjewishfilm.org/2020 for more information and tickets.

Many of the offerings are music-focused, noted co-chair Margaret Winter. In “Crescendo,” a 2019 German drama, a world-famous conductor accepts a job to create an Israeli-Palestinian youth orchestra — with all of its perplexing problems. The film intersperses taut situations with beautiful music.

Two films explore how the Nazi regime persecuted German Jewish musicians. “The Harmonists,” a 1997 Austrian/German drama based on a true story, depicts the rise and destruction of an internationally popular German vocal group called the Comedian Harmonists. Because half of the members were Jewish or had strong Jewish ties, the government forbade the group from performing in public after 1934.

The 2016 documentary “Exit: Music” follows five Jewish classical music greats in pre-1933 Germany whose works were banned as degenerate by the Nazis and, in many cases, forgotten. Still, the musicians’ fates varied.

“Canone Inverso” is a multigenerational tale of music and heritage that begins in pre-World War II Europe. Jeno’s father disappears, leaving his young son a rare violin and a canone inverso, a composition written for two instruments. Years later in this Italian drama from 2000, Jeno faces his father’s legacy and his Jewish heritage.

In the 1998 South African comedy-drama “Inside Out,” a Jewish actress’ car breaks down outside a small rural town. Recruited to direct the town’s annual nativity play, she goes out of her way to include the black community, casting a young black woman in the role of Mary.

Gambert said the emphasis on music-themed films arose in part from her work with the current Bay Area residency Violins of Hope, featuring stringed instruments that survived the Holocaust. “That was on my mind,” she said. “Also, because those films were available.”

EBIJFF organizers were intentional in the eight selections for #StandUp, the annual day devoted to social justice films on the festival’s second Sunday, March 8. “These films can have a Jewish context, but can also deal with any form of prejudice,” Gambert said.

#StandUp films include “Skin,” a drama based on the true story of a young white supremacist who turns his life around; “The Best of Enemies,” a historical drama about school integration in the South; “City of War,” a historical drama about a German businessman in Nanking, China, who saved Jews during World War II; “Girl from Mogadishu,” a documentary about a young activist fighting female genital mutilation; and “The Tobacconist,” a drama about an Austrian young man who moves to Vienna in the late 1930s, befriends Sigmund Freud and confronts rising anti-Semitism.

One #StandUp selection was filmed largely in the Bay Area. “Unsettled: Seeking Refuge in America” is a documentary about the unique challenges facing LGBTQI asylum seekers. The screening’s guest speaker will be Frederick Hertz, a former board member of the international LGBTQI refugee advocacy group that sponsored the gay Syrian refugee featured in the film.

The 25th EBIJFF has increased its student screenings to four middle schools and teen groups, Gambert said. “When we plan our schedule, we look for student attendance. And not just for the congregational schools, but also for public schools. That is something we’re going to be emphasizing more.”

Attendance has averaged about 8,000, according to Gambert. “We concentrate on east of the Caldecott Tunnel through people who come from Napa. We have a growing audience from Brentwood and Antioch, as more Jewish families move there. Our demographic has enlarged,” she said. We also do three films in Livermore. The traffic has been a challenge in bringing the entire East Bay together in one location.”

Gambert emphasized that the EBIJFF is more than solemn films about serious topics. “You don’t want a festival where everything is just a filler with no in-depth context, or just romantic comedies. People want a mixture.”

She doesn’t expect gifts of silver for the EBIJFF’s quarter-century milestone, but “I hope everyone comes and celebrates our 25th with us,” she said. “You can wait until a film is on Netflix or DVD, but there’s something magical and special about coming together as an audience.” 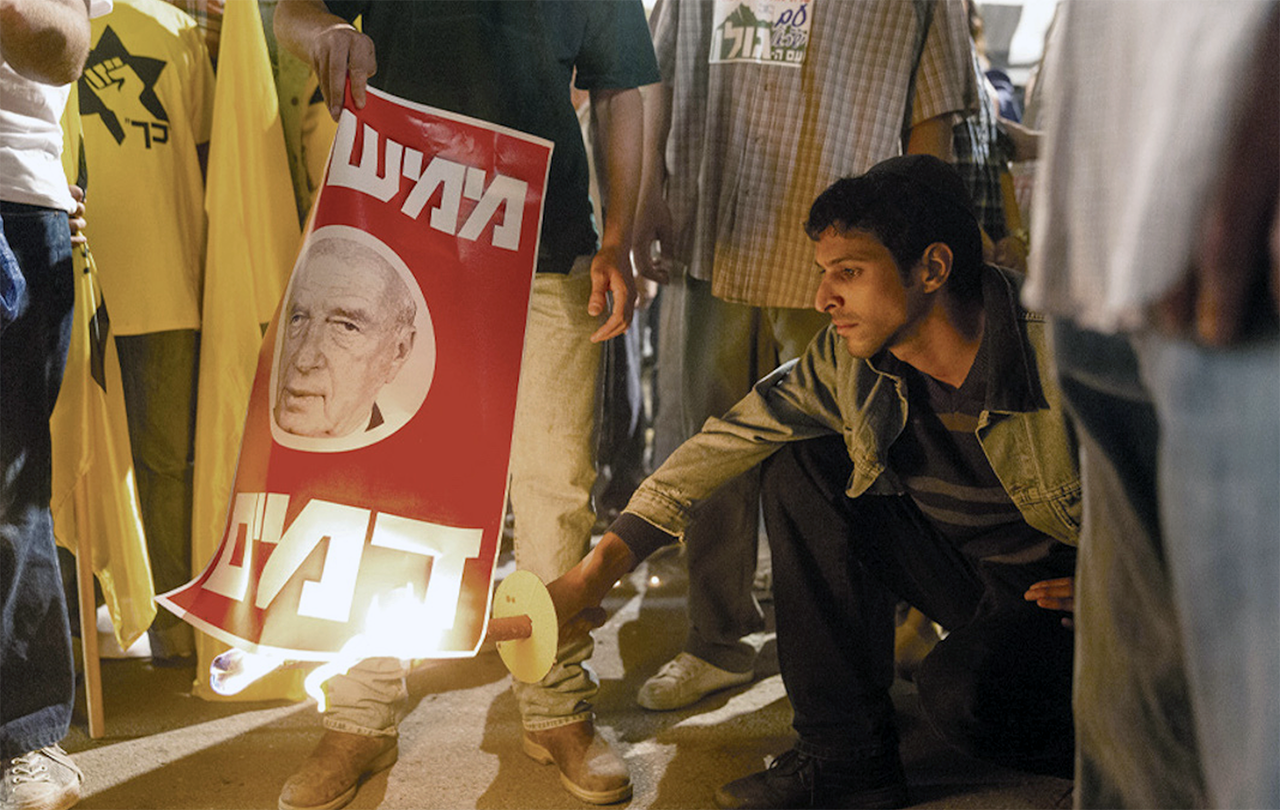