San Francisco resident Marsha Cohen had never heard of Violins of Hope until the collection’s appearance in the Bay Area this winter. (She read about it in this paper.)

It was at one of the concerts — with musicians playing string instruments that had been rescued from the Holocaust and restored at a workshop in Tel Aviv — that she suddenly knew what to do with the violin her father had brought back from World War II.

Since his death in 1989, it had been sitting in its case or, at best, on a mantel, unused.

“When I went to the San Francisco public library and touched the other violins on display,” she told J., “it occurred to me that ours could join them. Although it was, in a way, a violin of revenge.”

Cohen’s father, an artistically inclined man who ran a family store in Paterson, New Jersey, was drafted into the Army in 1943. He landed in France some 50 days after D-Day (June 1944) and served as a private first class through the end of the war in September 1945.

“By that time, he knew, obviously, that Jews were being slaughtered,” said Cohen, a professor at UC Hastings College of the Law in San Francisco.

Most of the stringed instruments in the Violins of Hope collection share a similar backstory. Many were played by prisoners in concentration camp bands, a fact that hits home with Cohen: Her father-in-law, a Holocaust survivor from Hungary, “told me he played [music] for the SS” when he was a prisoner during World War II.

It was those sorts of instruments that, one way or another, eventually found their way to the Israeli workshop of Amnon and Avshi Weinstein, father and son luthiers who have dedicated themselves to the restoration of violins and other string instruments from the Holocaust. Those are the Violins of Hope, and there are nearly 100 of them.

But her father’s violin has a different story.

It’s the story of a young American who came through the Depression and always wanted a violin but could not afford one. “He had a beautiful tenor voice and sang in his synagogue,” his daughter recounted.

In the Army, he was on a mission as an artillery spotter when he came upon a violin with no sign of an owner. It had a beautiful sound, by his account, but ended up being sold by his fellow soldiers when he was on furlough.

Upon his return to Germany shortly after the war, he spotted another one in an empty house whose occupants had been evacuated.

“This was one of two violins my father ‘liberated’ from the Germans,” Cohen said. “The first was better, but he came home with this one” — taking something from the ruins of battle, as many soldiers did.

“I guess I always knew,” Cohen said, “because he had two other spoils of war: a German helmet and a Luger pistol. He would take them out of the closet and show them to the boys and men of our family.”

But the violin? That was for him.

“He taught himself to play. He would take it out and fiddle, just fool around on it,” she said.

Though he won a Bronze Star for bravery, he rarely talked about the war to his family. And his love for the instrument was not shared by his children or grandchildren.

So it stayed in his daughter’s possession and came with her to San Francisco, where she and her husband have lived for more than 30 years. At one point, Cohen thought she would have it restored and donated to a school program. But a music shop owner “told me to take it home and hang it on a wall.”

But whenever Cohen saw it, she reflected on the events that had brought it into their home.

“I never felt entirely comfortable that my super-sweet father, who wouldn’t hurt a flea, had basically stolen the violin from a civilian home,” she said. “But back then, I’d never thought about violins — Jewish-owned and otherwise — winding up in concentration camps; stolen, in essence, by the Germans. Hence my nomenclature: the revenge violin.”

Cohen formally handed it over to Avshi Weinstein on March 11 at the War Memorial Veterans Building, where a Violins of Hope exhibition was on display. In all, 51 stringed instruments from the VOH collection came to the Bay Area for a scheduled eight-week residency that began Jan. 16 (recent events were canceled).

The huge touring show consisted of classical and folk concerts, major exhibits, and talks and panel discussions in eight Bay Area counties with more than 40 partnering organizations. Venues included Kohl Mansion, the Paramount Theater and Davies Symphony Hall, and most of the performances, some by major orchestras, used some of the restored violins. The touring show has been to many cities and will likely go to many more, although its next planned stop in Los Angeles has been canceled due to the virus pandemic.

“I feel glad that it has ended up with Violins of Hope,” she said of her father’s violin. “I’m sure my father would be tickled that it endures and that this story would continue to be told.”

Though Avshi Weinstein was traveling and wasn’t available to be interviewed for this article, Cohen said that his preliminary examination showed it to be “an ordinary violin” that might be worth $300 to $400 today.

“He wanted it more for the story,” she said. “The fact that it had come into the hands of somebody from [the U.S.] who went there — and brought back a violin to play.” 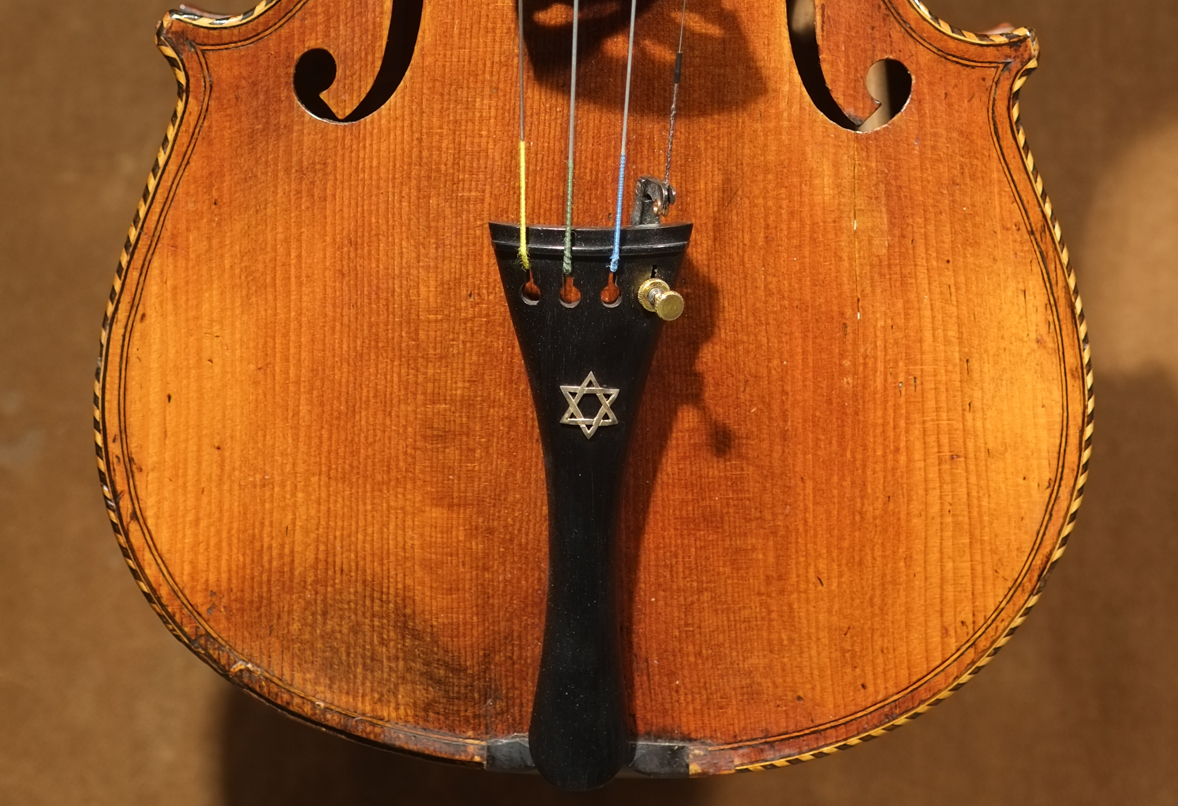 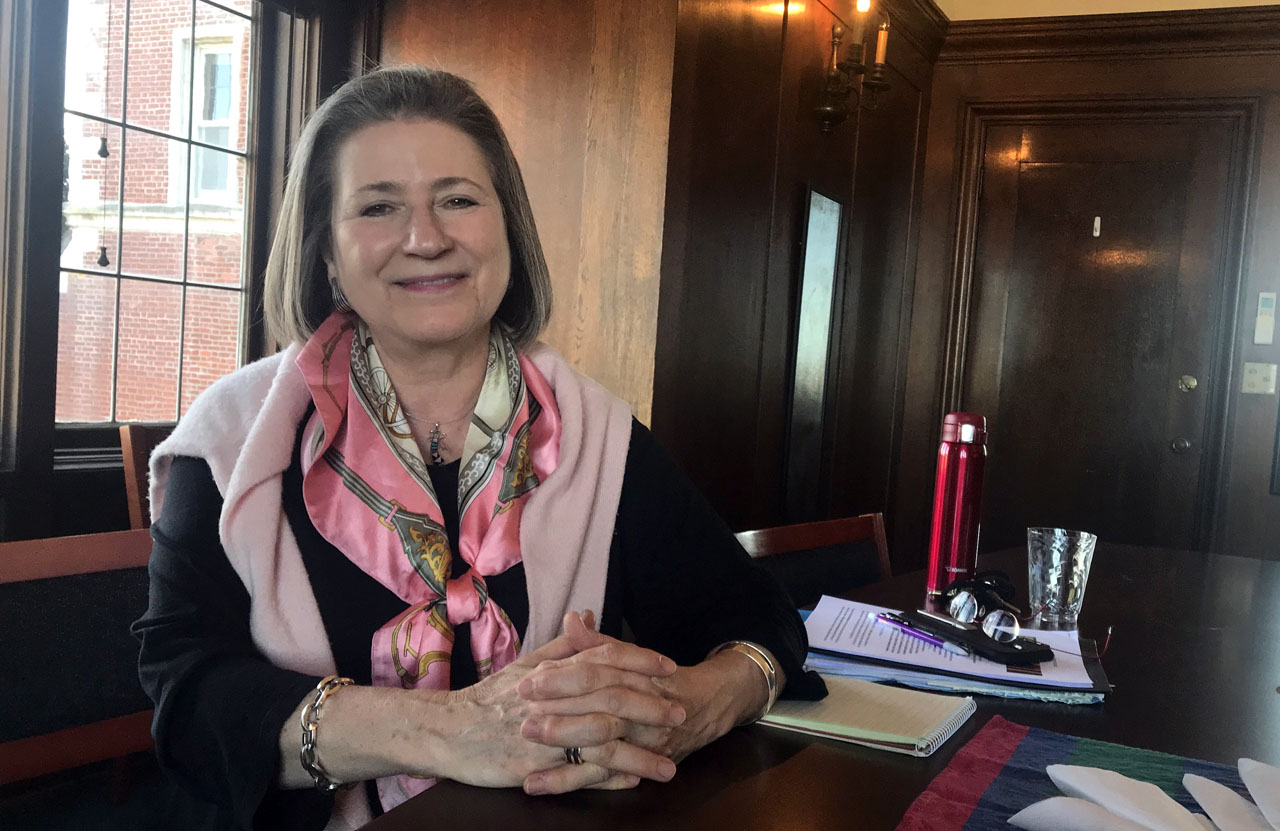 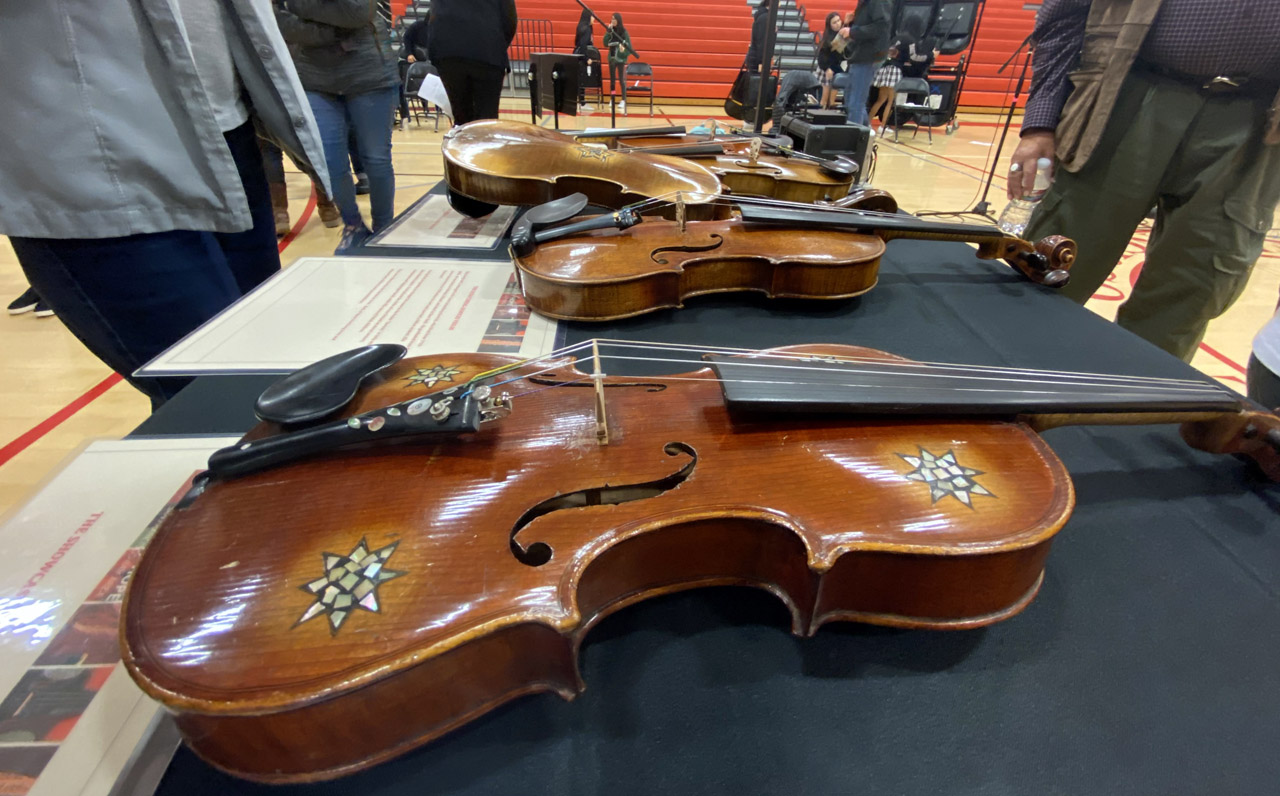