Rabbi Yonatan Cohen of Congregation Beth Israel, a Modern Orthodox synagogue in Berkeley, teaches a class every year on how to kasher your home for Passover. Usually it gets about 20 attendees.

“This year we had 45,” he said of the livestreamed class. “And then we posted a video of it,” which got even more views, the rabbi said.

Like other synagogues and Jewish organizations that spoke with J., CBI is seeing a spike in participation rates at its virtual events, as people stuck at home under California’s shelter-in-place order turn to their computers. Whether it’s to stave off the boredom of isolation, to appreciate a sense of community in troubled times or to seek spiritual solace, rates of attendance at virtual events are double or triple what they would have been back in pre-coronavirus days.

For Cohen, the reason is clear.

“There’s a profound thirst for meaning right now, and the meaning that Judaism can provide,” he said.

“I can tell you that we’re amazed at the participation rates,” said co-executive director Jaimie Baxter of the Jewish educational organization HaMaqom, where new free classes went online at the end of March. Staff members hadn’t known what to expect and were surprised by the 600 people who have shown up for 28 free sessions so far.

“We’re seeing incredible numbers for about everything we’re offering, I think across the board,” she said.

At Urban Adamah, an educational Jewish farm where connecting to the physical world is essential, people are also now tuning into online events. Executive director Adam Weisberg said the turnout for a recent Avodat Lev service of song and prayer surprised him.

Compared with typical events, “85 is totally off the charts,” he said. A morning meditation class also had a huge response.

“I think people in these kinds of situations are looking for facilitated connection, facilitated mindfulness,” he said.

And it’s not just raw numbers. Organizations are also seeing a greater geographical reach, as people connect with Bay Area events from around the globe.

Karen Stepko has been watching services led by Rabbi Mark Bloom of Oakland’s Temple Beth Abraham — from Saskatchewan, Canada. Not only is Stepko not a member of the synagogue, she’s not even Jewish; she’s a Lutheran pastor in a small town of fewer than 200 people (she first encountered Bloom after a Christian magazine wrote about a 2008 video where he does a Rosh Hashanah version of the Macarena dance). She’s been finding comfort these days in watching Bloom’s videos, which are livestreamed and then posted to YouTube.

“Jews and non-Jews alike, all of us are going into ‘Sabbath mode’ together,” she said.

She’s enjoyed his Friday night and Saturday services and was planning to watch as Bloom livestreamed his family seder.

“I’ve never, ever seen an actual Jewish family have a seder supper, and I’m really excited,” she said.

“It’s not just about the numbers,” Rabbi Stacy Friedman of Reform Congregation Rodef Sholom in San Rafael told J. The numbers are high, yes, but “they’re really far-reaching,” she added.

According to Oshman Family JCC director of arts and culture Ronit Widmann-Levy, a recent talk called “Making Choices: Bringing a Play to the Stage,” an event she said usually would draw around 50 people, had 100 virtual audience members — including from Australia.

There’s been an international draw for virtual events at the Jewish Community Library as well, said director Howard Freedman. On March 29, East Bay writer Dan Schifrin moderated a talk with two poets, Dan Alter and Sophie Herxheimer, a LABA fellow from England. About 50 people from all over the world attended that virtual conversation.

“It was indeed a nice turnout,” Freedman said. “Poetry is generally not a big draw, so attendance could well have been bigger than if we’d had the same event at the library.”

Some community leaders say this surge in popularity is an opportunity for Jewish organizations to learn new and powerful ways to build community — but that it will take thoughtful planning.

Wendy Verba, managing director of community impact at the Jewish Community Federation, said the need people have right now for online connection makes it a perfect time to think about how these virtual events are created.

“Everyone’s starting from scratch in a way, in terms of building community and connecting,” she said.

She’s part of the Federation’s efforts to teach about the “principles of belonging,” a practice for groups that emphasizes strategies for inclusivity. Right before events started to be canceled, she helped plan (and spoke at) the Federation’s daylong “473k: A Belonging Experience” (named after the 473,000 people in Jewish households in the Bay Area), a sold-out conference for Jewish organizations on how to grow community.

In recent weeks Verba has conducted a number of online calls on the subject, reaching around 150 people. The Federation also has had calls with staff at camps, day schools and preschools about how to make their online events purposeful.

“Our community is really rich with content, and with talent and thoughtfulness around the content,” she said.

Another factor in putting on successful events is design, Verba said. She emphasized that it’s important to plan online events that let people participate and feel seen. That can mean breakout sessions into small groups, or activities that are visual and interactive.

“I really encourage some structure,” she said.

Luba Palant, director of community engagement at the Oshman Family JCC in Palo Alto, also touched on the necessity of planning for virtual events.

“Although I see higher numbers of attendees in online events, it is also easy for people to leave events before they officially end or join in the middle,” she told J. “We need to work hard to make sure not only that people connect with us, but also that they stay engaged throughout the event.”

Many organizations are already thinking about how the popularity of online events will change how they approach programming in the future, once community gatherings are allowed again.

Verba thinks some things will stay online, for the sake of convenience.

“It’s so much easier not to have to get in a car and drive from Palo Alto to San Francisco, or vice-versa,” she said.

It may be months before large gatherings are allowed, but organizations that have received an enthusiastic response to their online offerings are already making plans.

“We are planning to continue offering online programs once the shelter in place has lifted,” said HaMaqom’s Baxter. “We’ll see if they continue to be popular.”

Rabbi Corey Helfand of Peninsula Sinai Congregation said the online interest in services has been the push the synagogue needed to finally invest in livestreaming.

“This has been extremely motivating for us to put those pieces in place in a permanent way,” he said.

Not only are some synagogues working on updating their technologies, some anticipate altering their practice, too.

Friedman said she was thinking about how her community’s response to virtual events — like the overwhelmingly positive response to Havdalah online — may inspire lasting changes. That wasn’t her original intent, but maybe it will become a new custom.

“Saturday nights we don’t usually do Havdalah as a synagogue,” Friedman said. “But we’ve tapped into something that’s a meaningful ritual.”

Bloom, too, believes there will be some demand for online programming once the pandemic crisis has passed, although he anticipated it presenting a dilemma for his Conservative synagogue.

“People are going to want some of the online stuff that probably, halachically, we shouldn’t be doing,” he said.

But no matter how things shape up once the coronavirus fades away, leaders feel that the enthusiastic responses to their online minyans, services, fitness classes and lectures are already teaching them about how to reach more people.

“There’s definitely some profound lessons about how technology and virtual meetings can help sanctify community,” Cohen of CBI said.

Jana Loeb was a member of CBI when she went to law school at UC Berkeley. Now living in Alaska, she doesn’t have a close Jewish community. Connecting to her former rabbi’s drashes, which he’s putting out on video, and having his help in creating a meaningful Pesach experience has meant a lot to her, especially this year, when she is spending Passover alone.

“It made me feel closer to the shul than I have been in years,” she said. 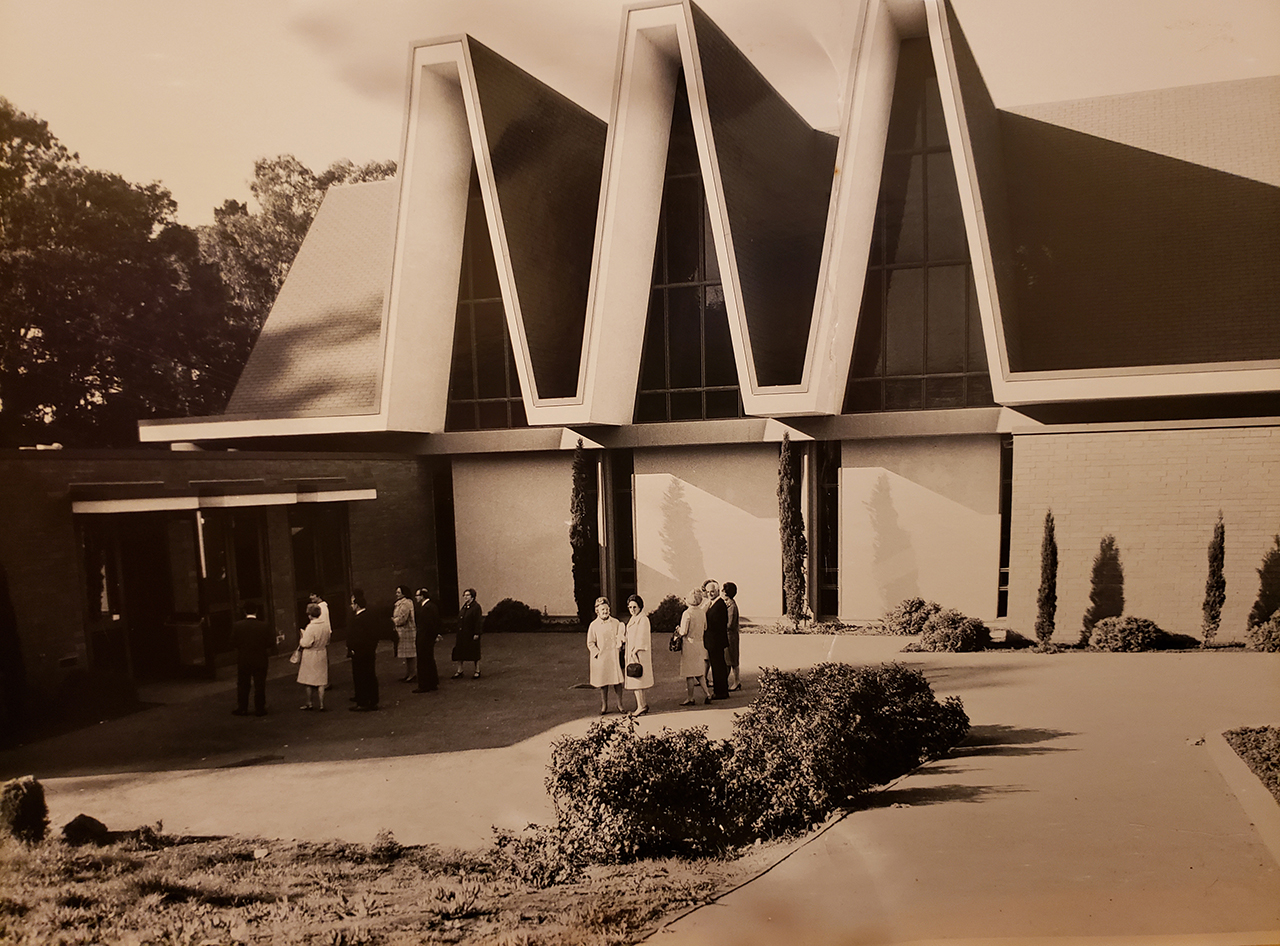