A clock that’s been ticking down on historic murals at UCSF Medical Center by the Jewish painter Bernard Zakheim has been paused temporarily, as widening public interest has brought hope that the New Deal-era works ultimately may be saved.

On June 4, UCSF sent a letter to Nathan Zakheim, a son of the late artist, giving the family 90 days to submit a proposal to remove the murals at their own expense. Earlier studies commissioned by the university — which questioned whether it was possible to safely remove the murals at all — estimated a total project cost of $8 million, an impossible sum for the family to raise.

Since then, questions of ownership and a groundswell of public interest about the murals have moved the university to adjust the deadline for a proposal and indicate openness to other options.

On Aug. 4, the university published a request for proposals on its bidding website for the removal, conservation, crating and transportation of the murals to a storage facility at Oyster Point in South San Francisco. Reinstallation of the murals was not included in the specs, which set a ceiling of $1.8 million for the work.

Nine contractors vying for the job, including an art conservation company run by Nathan Zakheim, joined a Zoom meeting for potential contractors two days later. Patti Mitchell, a director in the UCSF department of real estate, explained that the university would accept the most responsible, least expensive bid. A revised deadline for submissions is now Aug. 28.

Titled “History of Medicine in California,” the 10-mural series depicts vivid images of doctors, lab scientists, suffering and recovered patients and have been studied by generations of medical students.

“I’ve been saying all along that our only interest in this is to see my grandfather’s murals preserved, and eventually reinstalled — if not at UCSF, then somewhere else where the public can see them,” family member Adam Gottstein told J.

A statement from the office of university vice chancellor Brian Newman said that from the start, “UCSF’s goal has been to find the best solution for preserving the murals, given the need to replace the hundred-year-old, seismically deficient building that houses them.”

Nathan Zakheim, who worked with his father in the late 1960s to move his murals from another building on the Parnassus campus, has unwaveringly claimed that the same can be done with the murals in Toland Hall, and that his father taught him the technique to do it safely.

Anne Rosenthal of the firm Fine Art Conservation, which contributed to one of the original feasibility studies for the university, appeared to speak for many during the Zoom meeting.

“I think every one of us are in agreement that these are important works of art. There is no question in my mind that they need to be conserved. We’re now in the phase of looking at the best means of doing it,” she said.

”And that is how the university sees it,” Mitchell responded.

The GSA claims ownership interest over the Zakheim murals because they were commissioned through the Works Progress Administration and loaned to the university in 1937, and says that it has receipts pointing to provenance. The assertion has led UCSF to proceed more collaboratively on decisions about the fate of the murals.

The San Francisco Board of Supervisors unanimously passed a resolution on July 28 designating the murals a historic landmark. Though the designation cannot protect the artworks, the resolution was symbolic of the view that the murals are an invaluable visual narrative of important California history, and an irreplaceable work of art.

Public and professional support for the artworks went national when a UC Santa Barbara graduate student in history, Laura Voisin George, identified a figure in one of the Zakheim mural panels as Biddy Mason, a prominent 19th-century Black nurse and healer who had been enslaved. That led to an op-ed in the Los Angeles Times by two Biddy Mason experts, and later a piece in the New York Times.

In the panel, Biddy Mason tends to a malaria patient alongside Dr. John Griffin, an early California medical authority with whom she formed a medical partnership, surrounded by but not subordinate to a group of white men.

“Zakheim depicts Mason as she was: a healing presence and a pillar of early Los Angeles,” the Los Angeles Times piece says.

In a recent virtual address at July’s San Francisco LaborFest,  former school counselor Temi Washington spoke of how meaningful it was to her to learn over the past year of Mason’s accomplishments, which included land acquisition and philanthropy.

“Black children in this country are not shown enough role models to inspire them to achieve,” she said, urging that the murals be preserved so that future generations can reflect on them and learn the history they tell.

Gottstein, speaking on behalf of the family, concurred with Washington in a letter shared with J.

“We all agree that the focus on Biddy Mason is brilliant,” Gottstein wrote. “She not only deserves the recognition during these times, but way back in 1937, Bernard clearly had his own version of Black Lives Matter. I’m proud to be a part of this family. To me [that intent] is a strong reason to redisplay the frescoes” once they are removed. 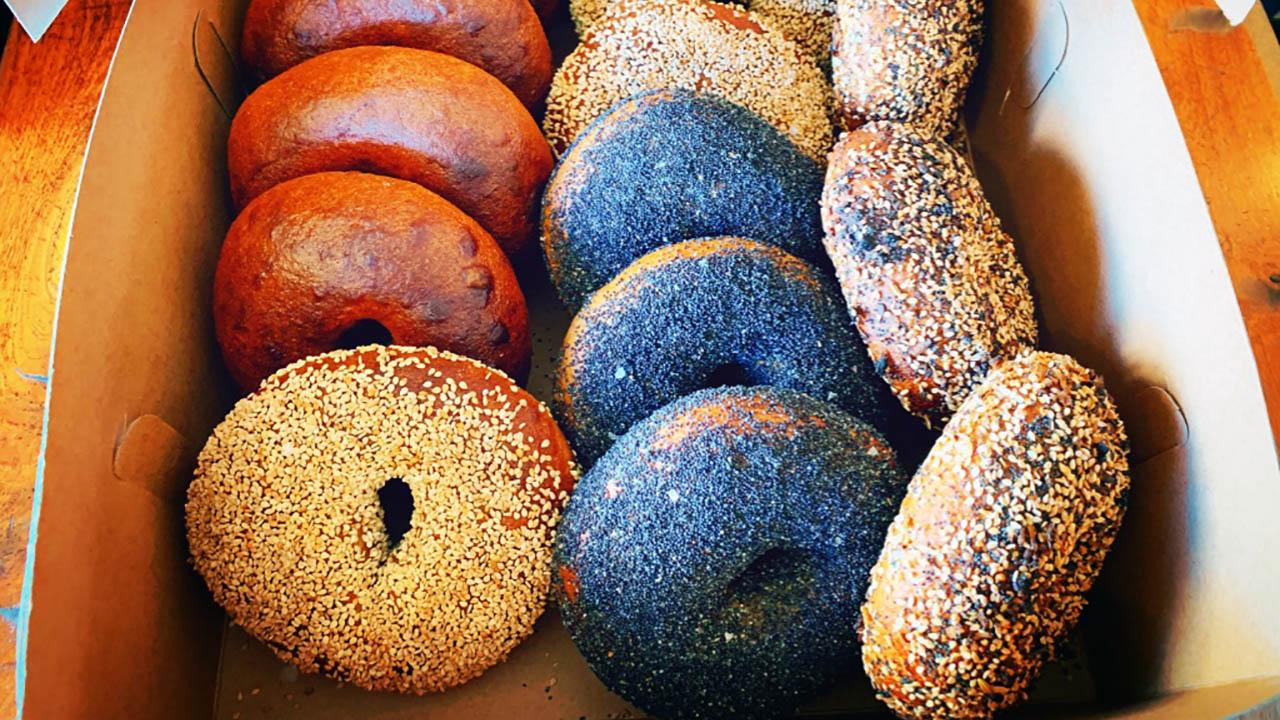