Why in the name of my daughter is S.F. State hosting a terrorist?

Terrorism is a very important subject to me. But, frankly, I didn’t give it a lot of thought until April 9, 1995 when my daughter Alisa was murdered in a Palestinian Arab terror attack. Alisa was riding a public bus when it was blown up by a member of Palestinian Islamic Jihad. Alisa was 20 years old and studying in Israel. I have been giving terrorism a lot of thought since then.

Those terrorists that survive the ultimate retribution at the hands of Israel’s IDF, Shin Bet or Mossad — euphemistically called “neutralization” — wind up in an Israeli prison where they get a college education and a salary from the Palestinian Authority. Luckier terrorists live without hindrance in a neighboring country, such as Jordan, Lebanon, Syria or Turkey. As a result, they’re able to laugh at those of us who have suffered at their hands.

One of those terrorists walking free and laughing at us is Leila Khaled. Now 76, Khaled is a full-fledged terrorist, a member of the Popular Front for the Liberation of Palestine, a designated terrorist organization. She’s one of those unrepentant terrorists who came into the spotlight 50 years ago. As a member of the PFLP’s violent Black September movement, she took part or assisted in the hijacking of several passenger airplanes. While you can say she was not a very successful terrorist — she was caught by Israel — she was released in a prisoner exchange, and now walks the streets of Jordan.

I regret to say that there are those who think Khaled has something worthwhile to say to the public. And with the state that we find many U.S. universities to be in today, it may not come as a surprise that Khaled has been invited by San Francisco State University’s Arab and Muslim Ethnicities Diaspora Studies program to take part in what is billed as a “historic roundtable conversation.”

Khaled’s appearance in the Sept. 23 online talk — titled “Whose Narratives? Gender, Justice and Resistance: A conversation with Leila Khaled” — has been justified by SFSU president Lynn Mahoney because the university “supports the rights of all individuals to express their viewpoints and other speech protected by law, even when those viewpoints may be controversial.”

Controversial viewpoints? Is that the best Dr. Mahoney could come up with? How about this viewpoint: Terrorism is a crime against humanity, and its supporters should not be countenanced at any institution that claims to provide a higher education.

I decided to get into the fray and have sent the following letter:

I am writing to you as the father of Alisa Flatow who was murdered in a Palestinian Arab terror attack while she was a student studying in Israel in 1995. She was 20 years old and on leave of absence from Brandeis University when the public bus she was riding was bombed by Palestinian Islamic Jihad. Eight died in that attack.

My experiences over the 25 years since Alisa was murdered have convinced me that Palestinian Arab terrorists are resolute in their hatred for Jews worldwide.

Thus, I am at a loss to understand why [SFSU] would lend its name to an appearance by an unrepentant terrorist, Leila Khaled, in a program to be held by the Arab and Muslim Ethnicities Diaspora [studies program]. Khaled remains in the leadership of the Popular Front for the Liberation of Palestine, designated a terrorist organization, which is still very much in the terror business. She is an advocate for the destruction of the State of Israel, which includes all its residents.

While you have publicly stated that “an invitation to a public figure to speak to a class should not be construed as an endorsement of point of view” and SFSU “supports the rights of all individuals to express their viewpoints and other speech protected by law, even when those viewpoints may be controversial,” I must tell you that terrorism, and the terrorists who perpetrate it, is not “controversial;” terrorism is a crime against humanity.

Khaled’s appearance at a San Francisco State University sponsored program is an insult to her victims and to all victims of Arab terror worldwide. I urge you to cancel her appearance. 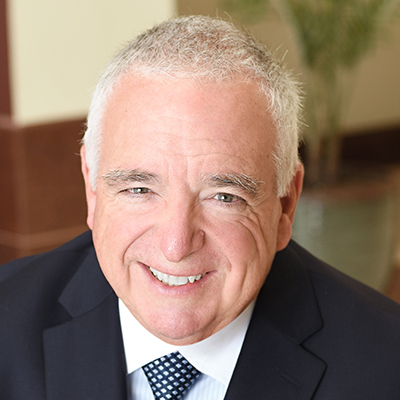 Stephen M. Flatow is an attorney in New Jersey and the father of Alisa Flatow, who was murdered in an Iranian-sponsored Palestinian terrorist attack in 1995. His book, “A Father’s Story: My Fight for Justice Against Iranian Terror,” is available for Kindle. He is now an Israeli citizen.