Why we need to add a ‘local’ aspect to Jewish Peoplehood

The survival of the Jewish people through a long and treacherous journey is a historical miracle. Yet in recent decades internal rifts and ideological disagreements threaten the continuity of Jewish Peoplehood.

Tragically, no significant response to this challenge has surfaced during this period and most people are either oblivious to it or see it as predestined or too difficult to change.

As a stubborn believer in our collective ability to do good, I want to propose a new paradigm of Peoplehood that will enable us to sustain our local collective enterprise and continue wrestling with our global ethos. This pluralistic form of Peoplehood seeks to elevate the importance of our Jewish local enterprise and reinterpret the purpose of the global platform. All for the purpose of reinvigorating the Jewish future.

Most people associate Peoplehood with its global dimension. When asked what it is about, they would reply that it is about the relations between Jews globally and the responsibility of American Jews toward Israeli and world Jews, and vice-versa. They are not wrong, but there is much more to Peoplehood.

I define Peoplehood as the consciousness that constitutes the Jewish enterprise. In other words, it is the set of values and norms that gives the Jewish social enterprise — the communities, organizations and civilizational corpus in its totality — the rationale, purpose and drive. If a visitor from Mars would observe the Jewish enterprise and ask why it exists, what frames it and what is its purpose — the answer would be Jewish Peoplehood.

This consciousness of a corporate identity constitutes the two legs of the Jewish enterprise: the local and the global.

On the local level, it frames the nature of the communal project, its various institutions, and shared values and ethos. Very naturally, local contexts often influence the local consciousness, as can be seen from the American Jewish perspective as a minority group versus the Israeli who represents a national majority group. This can lead to different interpretations of the collective ethos and destiny. Those too are applied both internally on the local level and externally — globally.

The global leg focuses on the responsibilities Jews have toward their brothers and sisters throughout the world. It is also the arena where the struggle to shape the Jewish collective ethos takes place.

The meaning of Jewish Peoplehood is anything but static, and open to a wide array of interpretations. Jews have always argued and discussed their destiny and will forever continue doing it. In modern times, the example of Zionism stands out. It started as a relatively small movement and took several decades to gain prominence in the Peoplehood conversation.

In the second half of the 20th century, for many good reasons, the global dimension of Peoplehood dominated the Jewish conversation. This, to such an extreme as people grew to view it, is the essence of the Jewish collective enterprise, or the all-inclusive notion of Peoplehood.

It is time to change the paradigm and give local Peoplehood back its place in the Jewish conversation. Some may say that this paradigm change is “back to the future,” as historically Jewish communities expressed their collective essence through the local enterprise. But this shift also needs to take place as both our local and global collective identities are struggling.

What needs to change?

We need to understand and accept the framing of local vs. global Peoplehood as a necessary step in enabling modern Jewish collective identity in the 21st century. This means first recognizing that the local Jewish enterprise is an expression of Jewish Peoplehood — of sustaining, developing, and enriching Jewish civilization. In practical terms this approach will frame Jewish institutions and organizations and their work as expressions of Jewish Peoplehood and revitalize the collective enterprise.

This approach accepts the fact that different communities interpret the Jewish collective ethos differently. But the point is not just to accept this fact but to welcome this pluralistic interpretation of Peoplehood. If, for example, American Jews prioritize the value of tikkun olam, while Israelis emphasize Jewish solidarity, both sides need to respect the other’s approach. They can try to influence each other and argue but must accept their mutual autonomy in the 21st century.

So, you may ask, what will happen to our global Peoplehood in this framing? It will not change much. It will still be the arena for arguing over the Jewish ethos and figuring out the relations between Jews and Jewish communities throughout the world.

But these conversations will operate under the understanding that we live in a pluralistic world and will recognize and respect the differences between the various communities. There will definitely be no attempt at imposing the “right” interpretation.

Why now and what will we gain?

At the local level, Jewish collective consciousness, which was once core to Jewish survival, has been weakened significantly. In 1934, Mordechai Kaplan spoke of the fact that what is unique for the Jews is that they are conscious of their consciousness. Nearly a century later, we seem to be at a different place. On top of all that, the differences and rifts between American and Israeli Jewry are significant and painful and put the whole enterprise at risk.

The above framing can offer a way out of this challenging situation.

The separation between the local and the global levels and the focus on the local can allow each community to thrive, develop and envision its Jewish destiny. Let a thousand flowers grow in the Jewish flower bed. This could lead to a Peoplehood renaissance that would enrich and inspire the Jewish conversation. Furthermore, this change in focus should open a much-needed conversation on the local community through the lens of peoplehood. It would infuse local organizations and institutions with the understanding of the true nature of their drive — to embody Peoplehood and its spirit.

And lastly, it would defuse some of the tension between our two largest Jewish communities today — the Israeli and the American. Not that the disagreements will disappear. American Jews will still believe in religious pluralism and prioritizing tikkun olam. For the Israelis, securing a homeland and Jewish solidarity will rate higher on their priority list.

The arguments will continue, as well as the ones that attempt to draw the line on what is Jewishly legitimate.

But the pluralistic local approach will enable Jewish coexistence along differing perspectives.

As we begin a new Jewish year in a complex and challenging world it may be time to take a deep but also far-reaching look at our core beliefs and plans.

We inherited from our forefathers and mothers the legacy that Judaism is a collective enterprise. It is a gift that we should not take lightly, but it also calls upon each generation to adjust to its particular challenges.

Our current internal challenges demand changes of a paradigmatic scope if we are to maintain our collective identity. But as another part of our legacy is our ability to change, there is room for optimism.

This piece first appeared at eJewishPhilanthropy.com. The views and opinions expressed in it are those of the author and do not necessarily reflect the views of J. 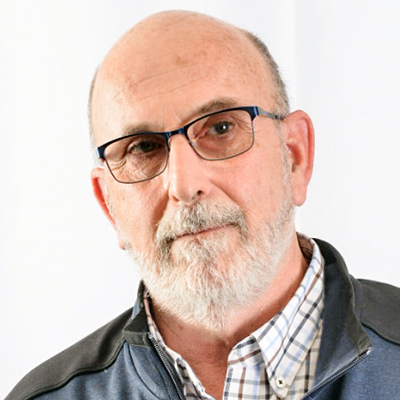 Shlomi Ravid is the executive director of the Center for Jewish Peoplehood Education and the founding editor of the Peoplehood Papers.