Sacha Baron Cohen’s latest appearance in character as Borat was heavy on the bathroom humor — and on satirizing conspiracy theories that target Jews.

On “Jimmy Kimmel Live” on Monday night, Cohen showed up as Borat — the antisemitic, misogynist journalist from Kazakhstan who starred in a blockbuster 2006 film and is set to star in a sequel out this week. Right away, Borat said the coronavirus comes from “a place called Wuhan, which is in Israel.”

“It is no surprise, they are spreading everything,” he said.

When Jimmy Kimmel asked if he really thought that the virus originated in Israel, Borat said “Yes, it spread from the you-know-who’s,’” making a gesture that mimicked having a long nose.

Cohen’s upcoming film, which premieres on Amazon Prime on Friday, tackles antisemitism and a range of other hot-button topics, in the same way that the original Borat movie did — by tricking real people into making incriminating comments. Cohen reportedly interviewed a real Holocaust survivor for the new film in order to mock Holocaust deniers. (After filming, the now late survivor’s family claimed that she was “horrified” with the end result.)

Antisemitism was a central theme of the original Borat film as well; some scenes, including the fake “Running of the Jew” event, have become some of the zeitgeist’s most memorable parodies of Jew hatred. The Anti-Defamation League criticized Cohen in 2006 for perpetuating antisemitic stereotypes in pop culture, regardless of his intentions.

But Cohen repaired that relationship and last year received an award from the ADL for his efforts to fight disinformation. In his acceptance speech, Cohen called social media the “greatest propaganda machine in history,” and he has since grown only more outspoken in his criticism of Facebook and other social media companies for their role in facilitating the spread of false and dangerous information. He has focused much of his satirical energy to mocking conspiracy theories about topics ranging from the coronavirus to George Soros, the right-wing bogeyman who features in many false and antisemitic narratives.

He pilloried those ideas on Kimmel’s show, when, as Borat, he subjected the host to a fake medical questionnaire and asked if he had been in the presence of any Jews “for more than 15 minutes” in the past week. Kimmel said “Yes, all of our writers and none of our camera guys are Jews.”

The theory that Jews were the source of the coronavirus pandemic has gained some momentum in far-right circles, most notably in parts of Europe, such as France and Germany. Some German protesters have also used Holocaust language and imagery to rail against their government’s strict coronavirus lockdown protocols.

But Borat didn’t stop at coronavirus antisemitism. In the questionnaire, he also asked Kimmel: “As a member of Hollywood elite, have you recently drunk any unpasteurized children’s blood?”

When Kimmel said no, Borat added “Really? Not in any pizza parlors recently?”

Cohen hit on three different conspiracy theories: the term “Hollywood elite,” which has been tossed around in everything from decades-old antisemitism about Jews in the media to the more recent QAnon theory; the concept of drinking the blood of children, part of the centuries-old blood libel that accuses Jews of killing Christian children for their blood; and the 2016 “Pizzagate” theory, which had some believing that Hillary Clinton and other high-ranking Democratic officials were involved in a sex trafficking ring at a pizza parlor.

The Kimmel appearance has made headlines today for some of Cohen’s on-stage antics — which included prodding Kimmel’s crotch with a long rod and getting Kimmel to trade pants with him. As he clipped one of his devices onto Kimmel’s pants, he got a last antisemitic trope in: “Normally it is the Jew who controls the media, now it is the Kazakh who controls the late-night host!” 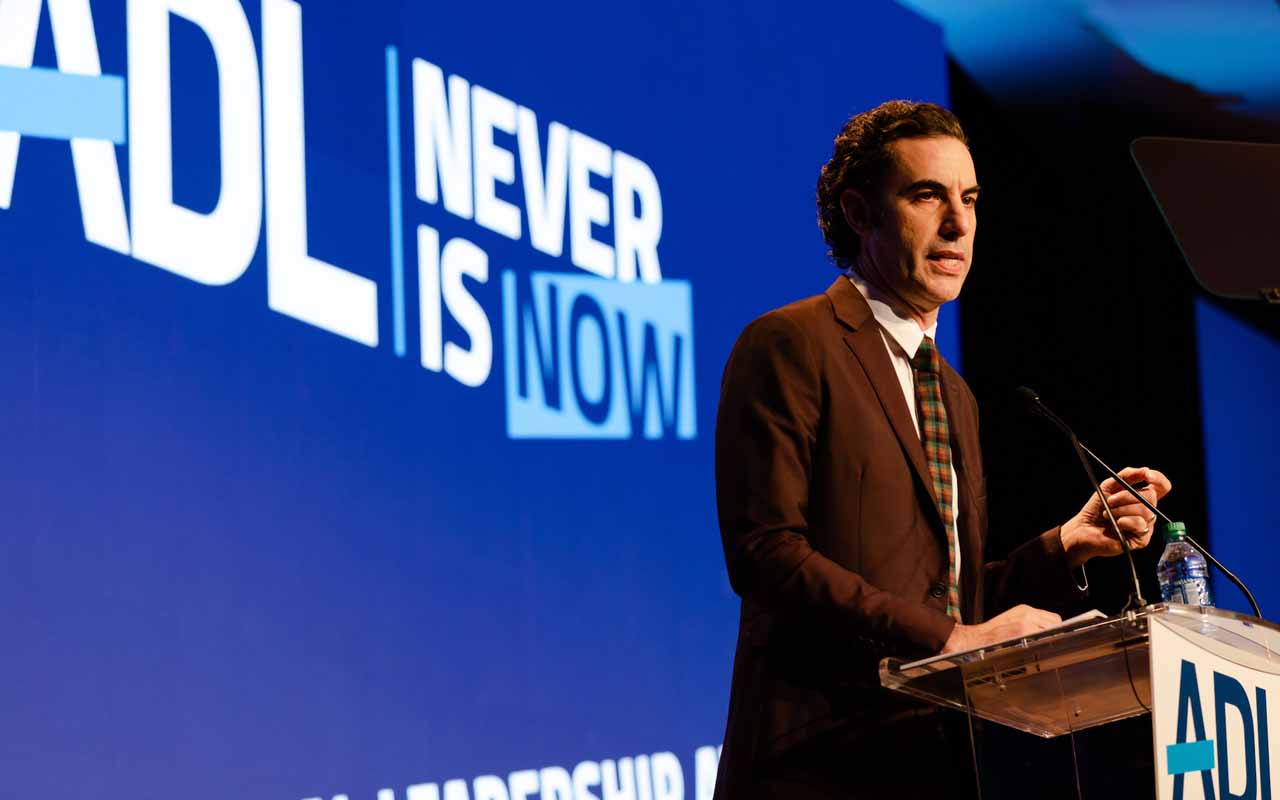 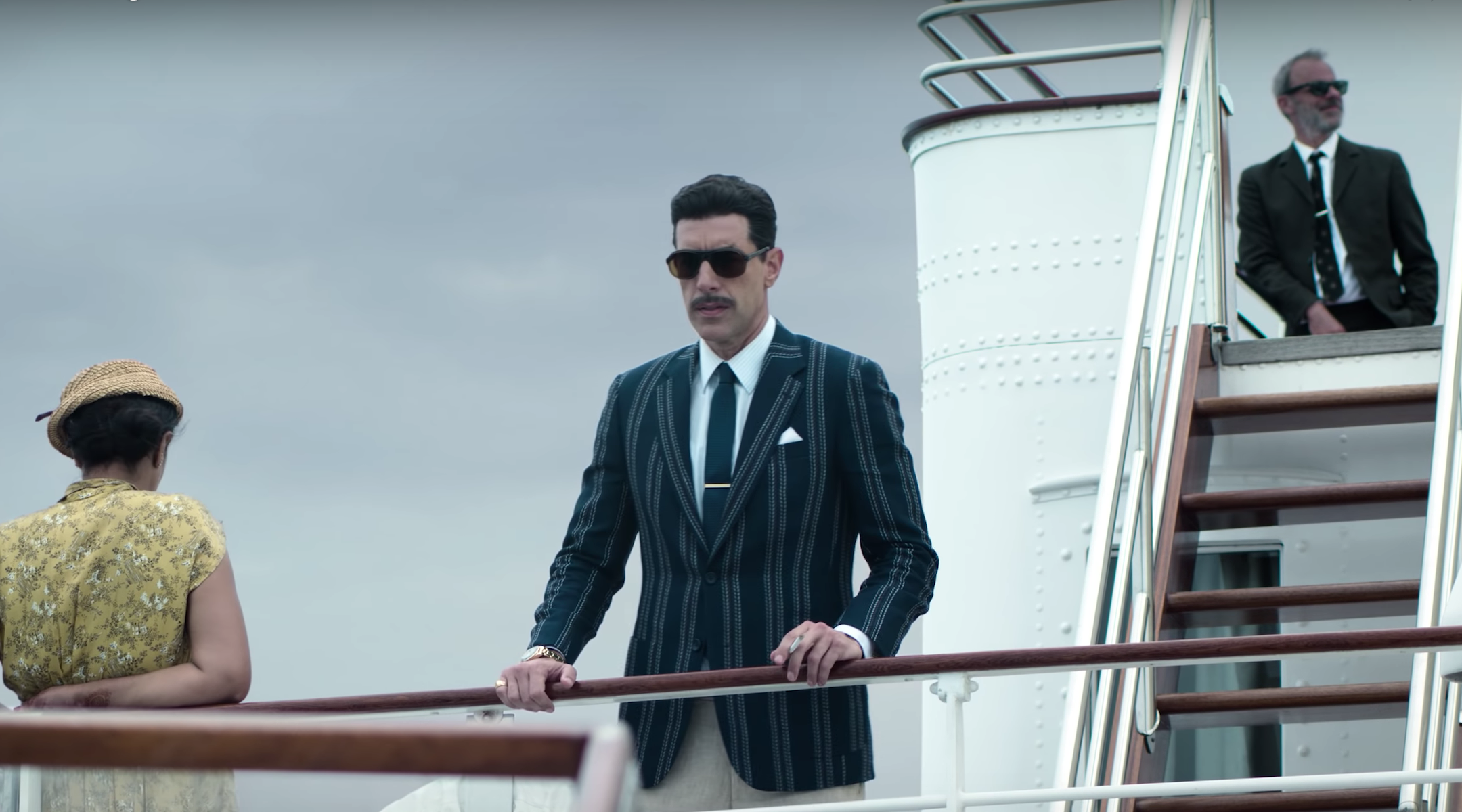 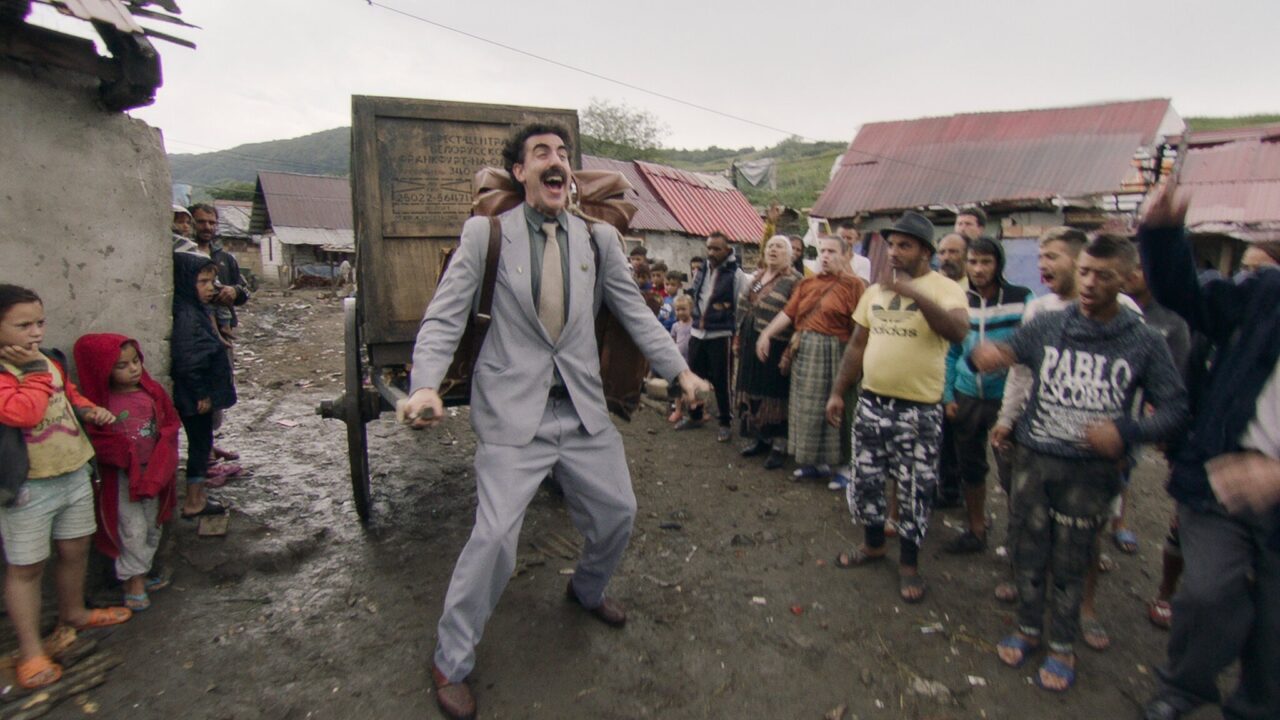