How many people are in a tank crew? While watching the first four episodes of “Valley of Tears,” a new Israeli drama series, I swore I counted seven. But it’s four, says my friend Tzvi Reuven, a former Israeli soldier who served in a tank unit: a commander, a loader, a driver and a gunner.

The depiction of tank life in the new series, set in the 1973 Yom Kippur War, is strikingly intense and “definitely the most realistic portrayal I’ve seen on screen,” Reuven says.

“Valley of Tears” premiered in Israel on Oct. 19, during the month marking the 47th anniversary of the Yom Kippur War. HBO Max will make the first two episodes available on Nov. 12, with two new episodes dropping weekly over four weeks. They can be watched in Hebrew with subtitles, or in dubbed English.

“Valley of Tears” refers to a battle of the same name, in which outnumbered Israeli forces held their ground, from Oct. 6-9, 1973 in an area of the Golan Heights now known as the Valley of Tears. Its Hebrew title, “She’at Neila,” is a reference to the concluding Yom Kippur service, the last-chance-for-redemption moments after which the Book of Life is sealed.

Israel’s TV industry is known for running shows on small budgets while packing them with an outsize amount of action and character development, but “Valley of Tears” is a different beast. Development and production spanned 10 years and, according to an article in Deadline, the 10-part series is the most expensive ever produced in Israel, at more than $1 million per episode.

The high cost is likely due to the show’s commitment to authenticity. Battle scenes were filmed at their actual locations, and the cast and crew lived in the Golan Heights for the 52-day shoot, accompanied by some of the real-life people who inspired the characters. The show’s creators, Amit Cohen and Ron Leshem, served in Israel’s 8200 Unit, a high-level intelligence-gathering operation, and their experiences serve as the basis for one storyline.

Because crews spend so much time together in their tanks — training, eating and sleeping — there’s a strong “connection that occurs naturally,” Reuven says. “Even if you don’t get along with them, once you are in the tank, you throw that all away and work as a synchronous unit, whether that’s in training or combat.”

A considerable amount of the drama in “Valley of Tears” comes from breakdowns in that synchronicity, in communicating and leadership, for example. The stakes are high, as are the chances that not all of these characters will make it to episode 10.

Lior Ashkenazi is probably the biggest star in the cast, having acted in “Walk on Water,” “Footnote” and “Our Boys.” He plays journalist Meni Ben Dror (the production notes call him a “bohemian television star” but mostly he resembles an Israeli Steve Carell), who goes to the front to find his soldier son.

Along the way, he collects two hitchhikers. One, played by Maor Schwitzer, the character Idelman in “Shtisel,” has escaped after being imprisoned for his role in an Israeli Black Panthers demonstration. The other, Dafna, is an army captain who was forced to evacuate her post but was going back to find her boyfriend.

These three end up in a mini-road movie of sorts, complete with flirting attempts, jokes (about eating Moroccan food on Yom Kippur) and hijinks (such as running through a border patrol). But when they reach the front, things get real, fast.

There are a lot of backstories and threads to follow. But after the attack begins, all of the subplots — a love triangle, for example, and friction between Ashkenazi and Mizrachi Jews — recede: The main mission is to fight back and keep each other alive.

But after the fourth episode, the tank crew is beset by problems — no remaining ammunition and mentally unstable leadership — and seems to be in an impossible situation. Meni and his two hitchhikers have found the front, but aren’t prepared for the devastation they find there. The team at the base, including petrified intelligence officer Avinoam (Shahar Taboch) — whose horror-stricken eyes and trauma serve as our civilian window into this bloody world — has escaped but runs into an ambush that leaves only a few alive.

There’s a tense moment in the fourth episode when Avinoam, who speaks fluent Arabic, meets a solitary Syrian soldier. With the mangled bodies of fallen comrades around them, they share water and personal details.

It’s a glimmer of hope with contemporary resonance: When two individuals on opposite sides meet and acknowledge each others’ stories, fears and dreams, is it in their power to change anything?

That’s a question we can ask ourselves in our fragmented world of today. In this particular “Valley of Tears” moment, the answer comes swiftly: This situation is too chaotic for two foot soldiers to end the violence. Seeing the humanity of the “other” will have to wait. 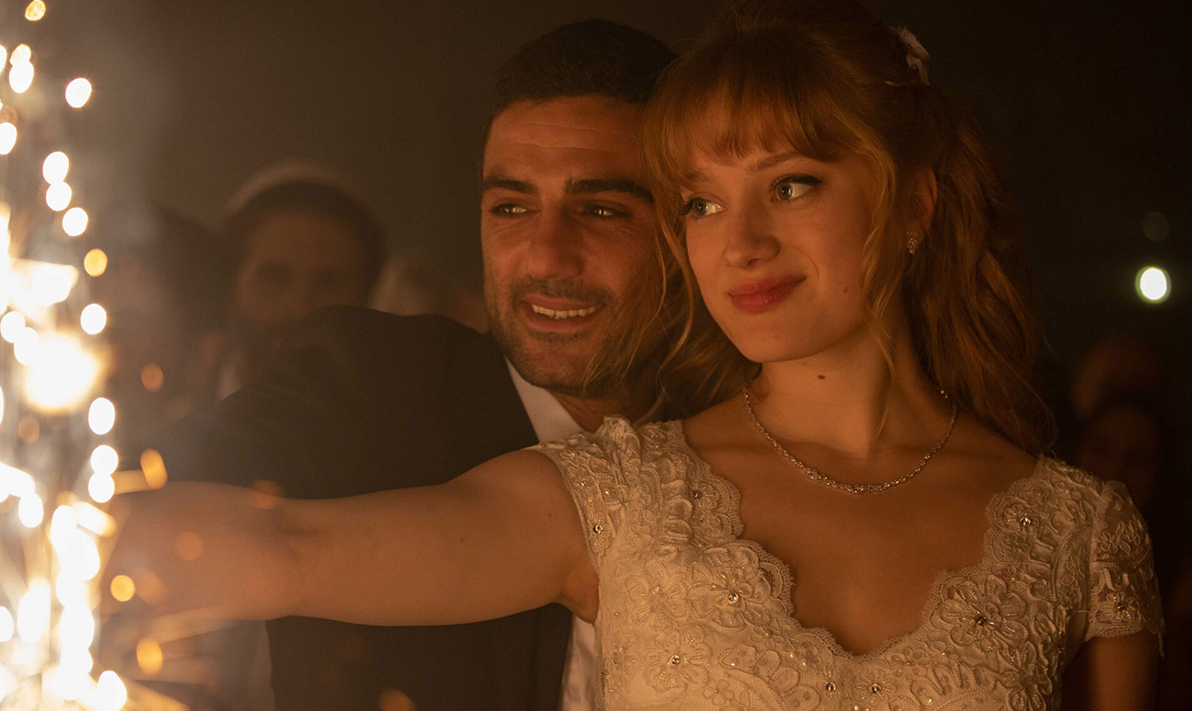