In an empty lot near the Oakland Coliseum, a fence of “blessings” is going up in a mélange of bright 2-by-4s painted all colors of the rainbow, with words like “peace,” “love” and “justice” adorning them.

The fence is the border of a new compound of tiny houses that, come January, will provide shelter for 22 homeless youth ages 18 to 25. It was created by the young people of Youth Spirit Artworks, a Berkeley-based art and job training program, and built with the help of an interfaith coalition that includes Congregations Beth El, Beth Israel and Netivot Shalom in Berkeley, Temples Beth Abraham and Sinai in Oakland, Kehilla Community Synagogue in Piedmont, Temple Isaiah in Lafayette, and organizations including Berkeley Hillel and Repair the World.

“Two thousand volunteers built a tiny-house village!” said YSA executive director Sally Hindman. “And many of them were from the Jewish community.”

Each of the 26 homes in the tiny-house village is about 70 square feet, with a living area, a Murphy bed and a closet, all mounted on a trailer. The village also will have communal kitchen and bathroom facilities, plus four on-site managers in addition to the 22 residents.

“These really cute pitched-roof mini houses are set in what looks like a neighborhood, and connected by wooden boardwalks,” said David Rothenberg, executive director of Beth El. Like others, he has been volunteering at the site for months to build the houses and set up the facility. “I was doing anything from painting, to carpentry, to wrapping hot and cold water pipes in a ditch with insulation,” he said.

The Jewish community’s roots with the project are deep. Beth El played a leading role starting early last year when, after a deep-dive conversation on where to direct its social-justice efforts, the congregation chose the tiny-house project, partly because of how involved the young people at YSA are in decision-making.

Beth El, under the leadership of Rabbi Rebekah Stern, brought a model tiny house to the synagogue’s courtyard as inspiration during a week of learning around the subject. Stern said the relationship between Beth El members and YSA youth leaders helped bridge the gap between groups of people who, while sharing the same East Bay, hardly overlapped.

“Driving home, I drove past some people on the street and I had this feeling of looking for the people that I knew,” Stern said. “And how different that is from driving past an encampment that’s anonymous.”

Hindman said Beth El volunteers, including Stern, worked more than 20 hours each week since January building houses. Other synagogues also sent volunteers and have been “adopting” houses. Kehilla member Alex Madonik saw the model tiny house at Beth El and arranged for it to be brought to Kehilla. The synagogue had already been involved in earlier construction volunteering in Oakland and Madonik said it was a good fit for the community. Volunteers worked on various aspects of construction over the summer, from nailing to installing insulation to painting.

“All the different bits and pieces that make a house not fall down the next day,” said Madonik, a member of the synagogue’s economic justice committee,

Volunteers also are fitting the houses out with items such as lamps, curtains, rugs, household necessities and what Hindman called “darling little things to make every resident feel loved.”

Camp Kee Tov in Berkeley came on board during the summer of 2020. Campers in fifth grade and older spent one day a week on site making planters and the prayer fence, “which was a really special experience for some of our campers,” said director Beckett Sheeder. “All of those 2-by-4s came together to form this big wall of messages,” he said, adding that the result was “beautiful.”

For Kee Tov kids, he said, it was a great learning experience, and the project also helped the camp, which was pinched for physical space in order to follow social-distancing parameters.

Justin Jones, 23 and part of YSA leadership on the project, said volunteers have been instrumental for the full length of the project.

“They’ve been the entire infrastructure making things possible,” he said.

While the target date for the village opening is Jan. 10, Hindman said she hoped it could be moved up by a week. YSA has just begun selecting residents through existing protocols in Alameda County for getting homeless youth into housing (the village will have 11 youth from Oakland and 11 from Berkeley).

YSA owns the houses and the Housing Consortium of the East Bay will manage the property. Oakland, which owns the land, pitched in $360,000 to YSA to provide services to the residents, including paid YSA training programs in leadership, arts and job skills, and $150,000 toward utilities.

Getting the village to completion has been a long process. Even with deep community support, there were delays.

“A lot of politics, coding restrictions wherever you looked,” said Reginald Gentry, 25, who handles social media for YSA.

With land a premium in the hot real estate of the Bay Area and neighborhood resistance complicating several options, finding a place for the village was the hardest part. A budget of more than $1 million, including $12,500 per house and $250,000 for things like installing utilities, had to be met (the organization is still raising money). Then, of course, the pandemic hit and the opening date had to be postponed.

“We had to move the date three or four times because of Covid and the weather,” Gentry said.

But finally the village is close to throwing open its doors to young people who have nowhere else to go. It may be the first of its kind in the country.

Housing for 22 people may not seem like much, considering the number of homeless young people there are — the Department of Housing and Urban Development estimated the number of unaccompanied young adults, aged 18 to 24, in California at around 12,000 as of January 2019. And Stern said that while the impact for each young person who will find a home at the village is “huge,” she also knows that it’s helping only a small fraction of those who need it.

“It’s such a drop in the bucket in terms of the systemic effort,” she said.

But YSA hopes the village will be a vision of independent living that will catch on. Hindman said the organization is already getting calls.

And that’s really the mission behind the village, YSA’s Gentry explained. While YSA and its interfaith partners may not be able to solve the youth homelessness crisis, they can provide a shining — and colorful — example.

“It’s a model project, for not just the nation, but anywhere in the world,” Gentry said. 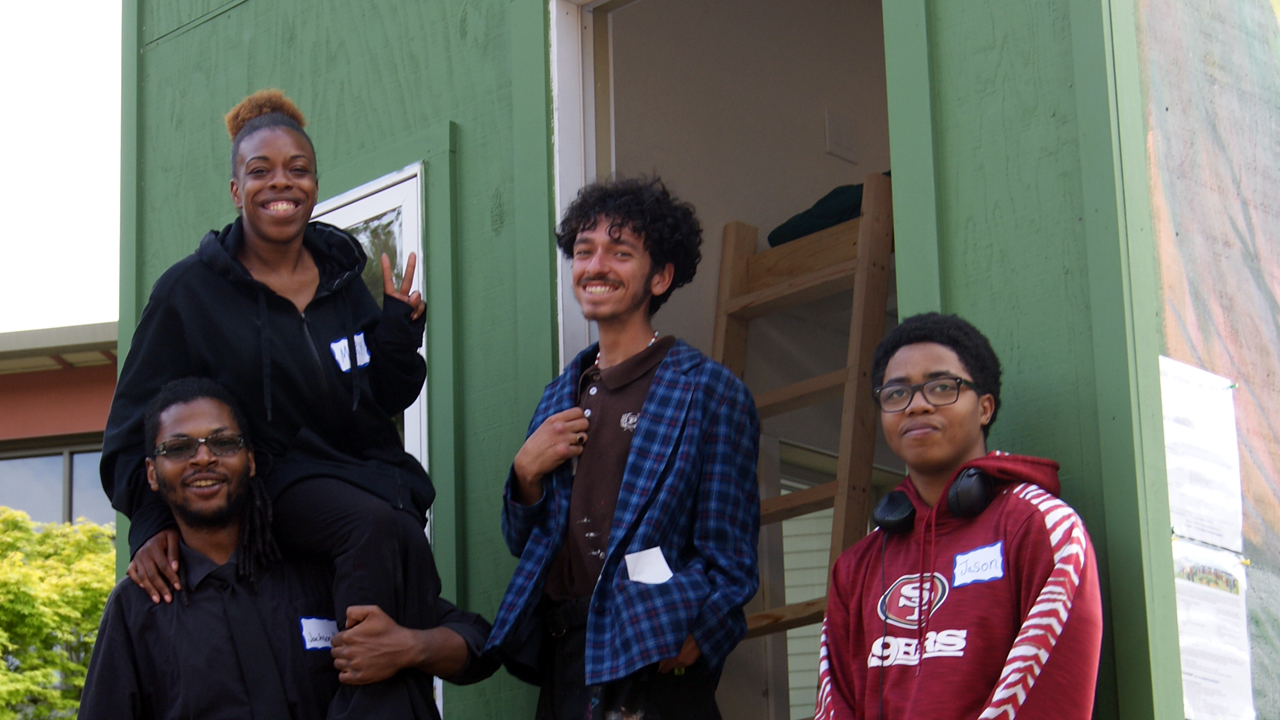 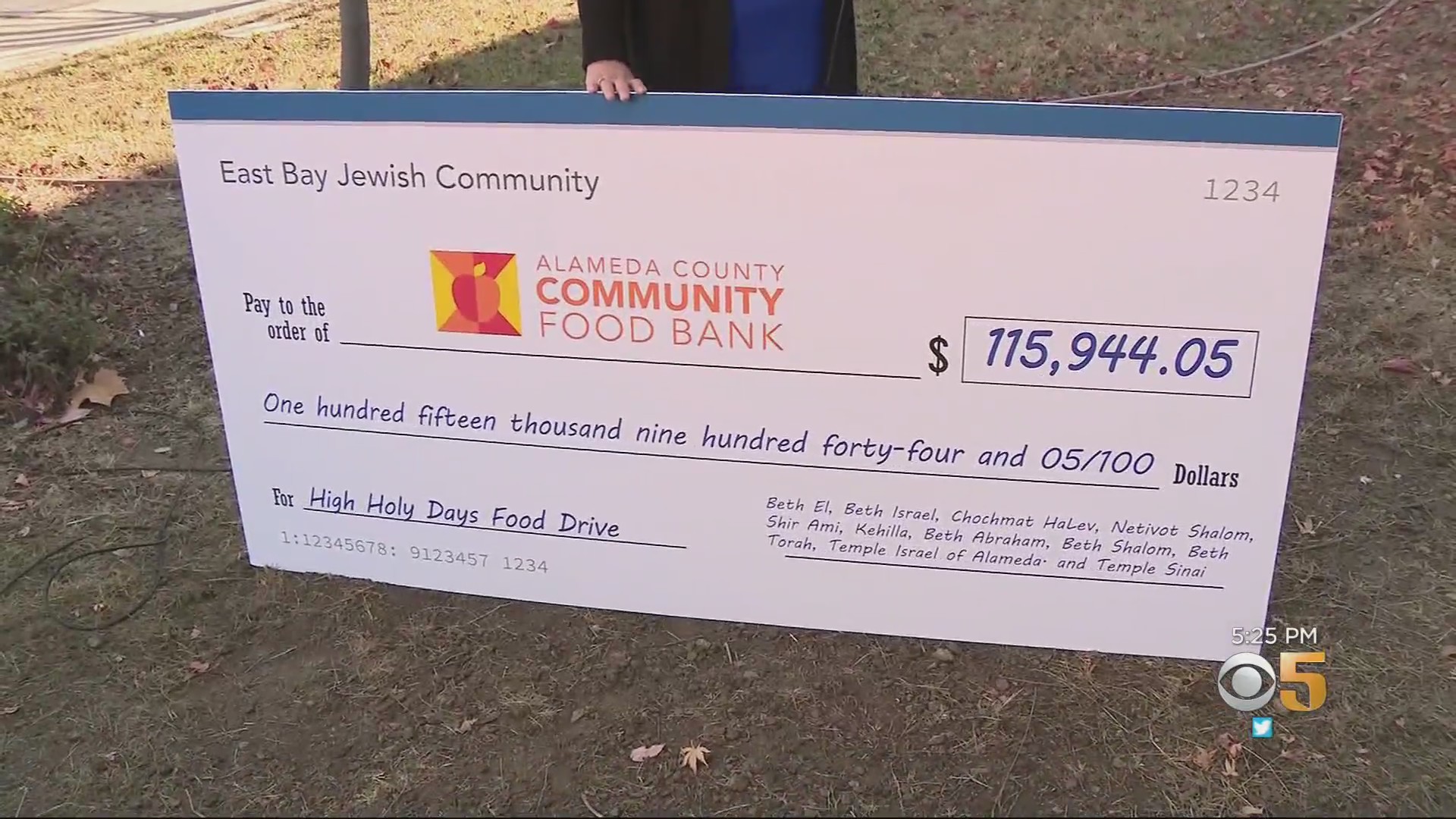