Should Sen. Dianne Feinstein’s name be removed from a San Francisco elementary school?

A volunteer panel appointed by the Board of Education says yes, and is recommending a renaming to city officials.

The School Names Advisory Committee formed two years ago amid a nationwide reckoning on Confederate statues and monuments to America’s racist past. “Many communities are blazing a path toward a more relevant and culturally responsive approach to addressing historical wrongs,” stated the school board resolution forming the committee, adopted May 22, 2018.

The volunteer “blue-ribbon panel” was tasked with reviewing all 114 public school names for their appropriateness, with close attention to those named for people “who engaged in the subjugation and enslavement of human beings,” or who “oppressed women,” or whose “actions led to genocide,” or who “otherwise significantly diminished the opportunities of those amongst us to the right to life, liberty, and the pursuit of happiness,” the resolution said. The committee’s findings were then to be presented to the board as recommendations.

Though its work was delayed by the pandemic, over several months of Zoom meetings the advisory panel ultimately determined that 44 schools, more than a third of San Francisco public schools, merited renaming.

The committee’s decision on Feinstein, the long-serving Jewish senator and first female mayor of San Francisco, raised eyebrows as the only living person marked for removal and a lifelong Democrat regarded by some as a trailblazer for women in politics.

The choice was not unanimous among committee members, one of the panelists told J., but ultimately the group determined that Dianne Feinstein Elementary School should be rededicated due to an incident in 1984 when, as mayor, Feinstein defended the flying of a Confederate battle flag outside City Hall.

The incident has been used by some progressives as evidence that Feinstein is insensitive on racial issues. According to the fact-checking website Snopes, the flag was one of 18 banners included in a “Pavilion of American Flags” meant to commemorate American history, and had been in place for 14 years before Feinstein took office.

Feinstein initially supported the historical display, but after protesters tore the Confederate flag down a second time, she announced in April 1984 that it would not fly again.

That episode has scarred the committee’s view of the 87-year-old senator, who has served in the Senate since 1992.

“Dianne Feinstein chose to fly a flag that is the iconography of domestic racism, white avarice and inhumanity towards Black and Indigenous people at the City Hall,” Jeremiah Jeffries, the chairperson of the school names advisory committee, told the San Francisco Chronicle. “She still has time to dedicate the rest of her life to the upliftment of Black, First Nations and other people of color,” Jeffries continued. “She hasn’t thus far, so her apology simply wasn’t convincing.”

Jeffries did not respond to an email from J.

Notwithstanding these and other sharp criticisms levied by the committee, a group of parents at the Parkside District K-5 school known as DFES see things very differently. To them, Feinstein represents a pioneering female politician and a progressive stalwart; they are now mounting an organized advocacy campaign to oppose any effort to rename the school.

“The reasons they have given us are completely bogus,” said Sarah Stettler, one of the parents, of the committee’s rationale.

Stettler helped form a working group of roughly a dozen people, including parents and school employees, who drafted a 13-page letter to school officials outlining, point by point, why in their view Feinstein did not merit censure by the committee, even according to its own standards.

“In her over half a century of public service, Senator Feinstein has not only pioneered and blazed a trail for women’s rights and equality in government and the workplace, she has authored over 500 pieces of legislation,” the letter says, noting laws on the environment, LGBTQ rights, undocumented immigrants and gun control.

As one example, the letter notes, Feinstein did not participate in the “enslavement of human beings,” but in fact as a senator helped pass legislation protecting victims of modern slavery, including the 2015 Justice for Victims of Human Trafficking Act.

Feinstein is one of at least three Jews with city schools named after them; two are marked for renaming and the third was considered for renaming by the committee.

Sutro Elementary was named after the German Jewish engineer Adolph Sutro, who made a fortune during the Gold Rush before becoming mayor of San Francisco in 1895. The committee recommended Sutro Elementary be renamed because of an incident in 1897, when an African American man named John Harris was denied entry to the Sutro Baths because of his race. Harris sued Sutro under a California civil rights law enacted just months earlier, and won.

Claire Lilienthal, a school board president in the 1960s and member of the highly influential San Francisco Haas-Lilienthal family, is honored with an elementary school named for her. The committee was considering whether to rename it.

“President of the SF School Board from 1961-1967,” committee notes say of Lilienthal. “Need to find out more about the policies they supported.”

In an email Jan. 4, a school district spokesperson said Claire Lilienthal Elementary School would not be renamed. However the school’s two campuses — named for James Madison and 19th-century Gen. Winfield Scott — were marked for renaming.

Raoul Wallenberg Traditional High School, named for the Swedish architect and humanitarian who saved thousands of Jews during the Holocaust, did not merit renaming, the committee decided.

Earlier this month the committee’s deliberations began to garner national attention for their rejection of certain figures who are considered American heroes, such as Abraham Lincoln and George Washington. President Trump tweeted about it, calling the proposal “ridiculous.”

James Russell Lowell, an abolitionist who expressed racist views, also qualifies for a name change, according to the committee. He is the namesake of San Francisco’s esteemed magnet high school.

Of Lincoln, the committee cites the 16th president’s efforts toward building the intercontinental railroad which “led to significant loss of land and natural resources” for Native Americans, public committee notes say, as well as the displacement of Navajo peoples from the New Mexico Territory under his administration. For Thomas Jefferson, the spreadsheet needs only one phrase: “slave owner.”

In their arguments for changing the name of Dianne Feinstein Elementary School, committee members also took issue with Feinstein’s opposition to a San Francisco same-sex partnership law in 1982, which she vetoed under pressure from the city’s Roman Catholic Archdiocese, and the controversial eviction of working-class Filipinos from the International Hotel in 1977.

A spokesperson for Feinstein’s office, Tom Mentzer, pushed back on the committee’s claims in a brief note to J.

“It’s important to know that Senator Feinstein had no role at all in the evictions cited — in fact they occurred before she was mayor,” Mentzer wrote. “And the flag in question came down during her tenure.”

In their letter, the concerned parents note that Feinstein and Lilienthal are “two Jewish women The Committee selected to potentially replace,” adding their belief that Feinstein is not implicated in the list of wrongs that the school board or committee cited as grounds for removal from city schools.

“As stated previously, The Committee does not meet its own rationale for renaming the school,” the letter says.

The San Francisco Unified School District responded to J. in an email, outlining the renaming process and affirming that “any final decision to change school names rests with the elected members of the Board of Education,” not with the volunteer renaming committee.

Tye Gregory, the executive director of the Jewish Community Relations Council based in San Francisco, told J. on Tuesday that he was disappointed that his organization, as a representative of the region’s Jewish community, had not yet been contacted about efforts to rename city schools.

“If they are going to put Jews on the chopping block, they should consult the Jewish community,” Gregory said.

He mentioned past collaboration with the city on the renaming of Julius Kahn playground in Presidio Heights, following protests due to Kahn’s role in extending the Chinese Exclusion Act in 1902.

JCRC “understood the challenge and worked with the community to come to a solution that our community, and the Chinatown community, could feel good about” in that instance, Gregory said.

“All we ask is that since this affects our community, and the proud Jewish community of San Francisco, is that we be consulted as part of the process,” he said. 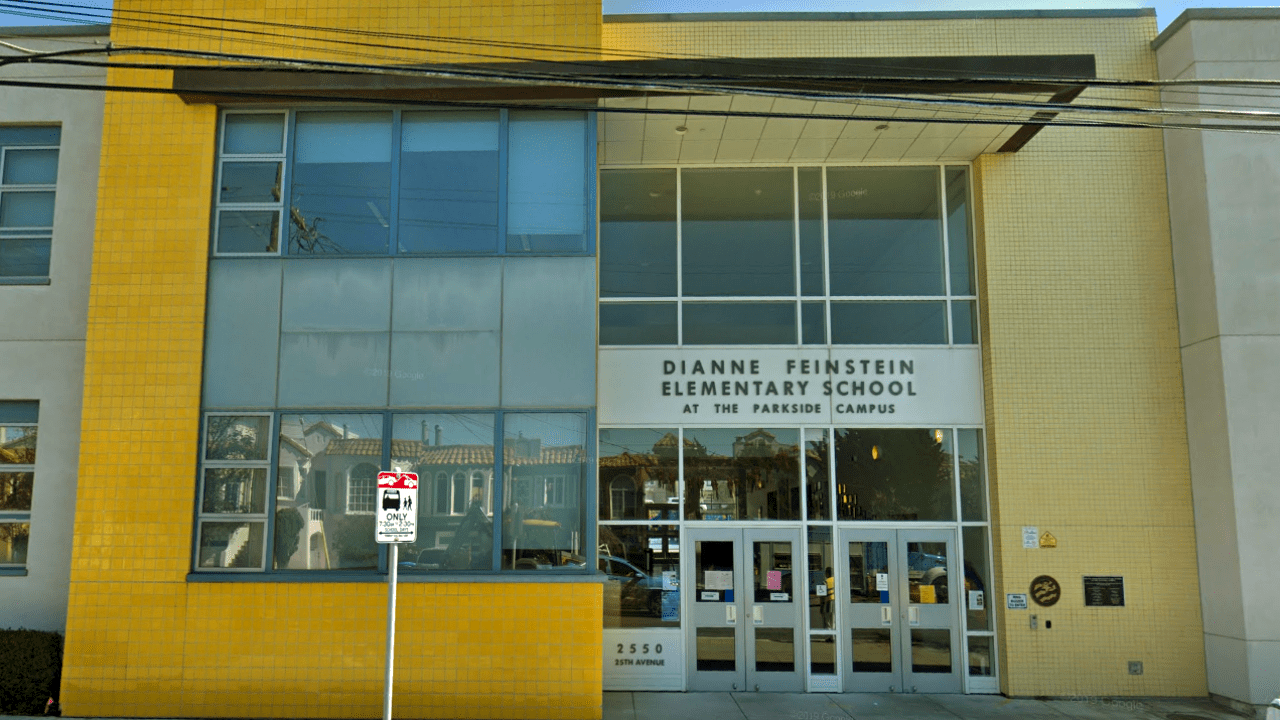 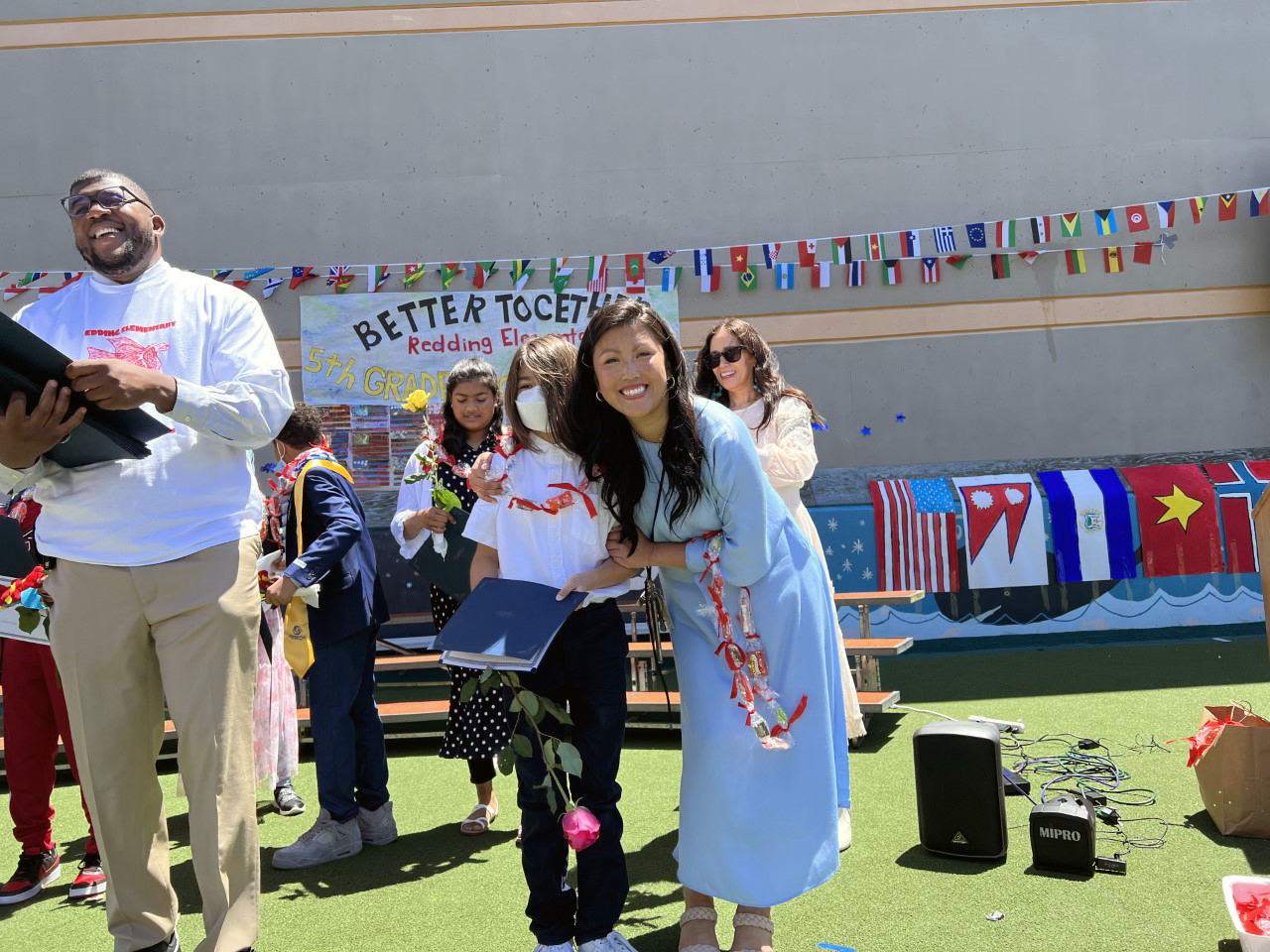